our_route.gpx Open full screen  NB: Walkhighlands is not responsible for the accuracy of gpx files in users posts
Bonus – a second consecutive day of pretty good weather on Skye! With a school group of eight lads learning to get up some hills in good order, we parked our minibus in Glen Brittle and flogged up Sron na Ciche onto the shoulder of Sgurr Sgumain as the mists gradually lifted to reveal the views. 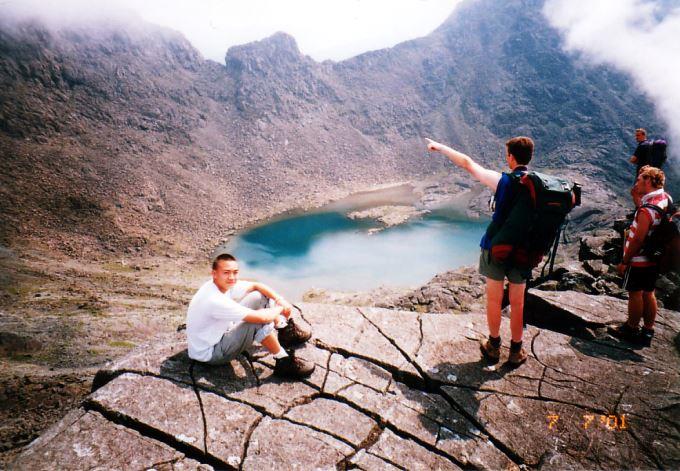 A pleasant scramble led from Sgumain up onto the summit of Sgurr Alisdair – still misty – and then we headed onto the main ridge over Sgurr Thearlaich. An awkward descent on the west side of Thearlaich gave access to Sgurr Mhic Choinich from where some of the party took Collie’s Ledge round the corner to the top and I took the climbers up King’s Chimney. 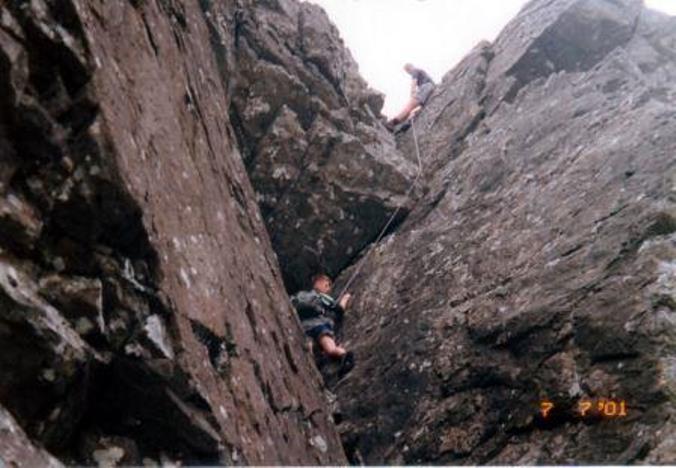 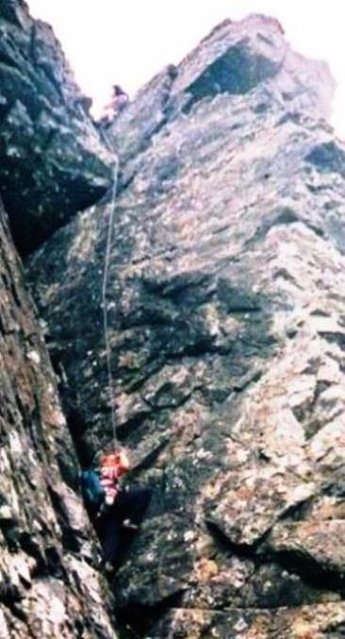 Once reunited on the summit, we picked our way down the north ridge and then, as on the previous day, came down into Coire Lagan before heading on down to the bus and the brief drive back for supper in Portnalong.