Back in the good old days when I had monthly site visits to Kyle of Lochalsh, I was able to squeeze a walk in here and there. More awkward in the autumn and winter, but with an early start and a bit of planning, something was usually possible. This time I had to visit Shieldaig on the way home to look at potential sites for a new water treatment works, so Creag Dhubh Mhor slotted in nicely. Originally I had hoped to cram in Sgurr a Gharaidh, but my meeting in Kyle overran, and the amount of daylight left was short (had to take photos at Shieldaig too!).

Creag Dhubh Mhor looked like it would just fit my 2 hour window if I ran some of it. After failing to find anywhere to park in Achintee, a local guy directed me to an area of hardstanding next to the substation. I had tried to park back down on the main road junction, but he told me that was inconvenient for access. Always good to be put straight by someone helpful! Next was a slight confusion as to which path to take, as the path shown on the map now started next to my parking spot rather than where it was shown. Still, it soon turned into a good stalkers path, which led me up past waterfalls to the craggy NW face of Creag Dhubh Mhor. I ran about half of this part. 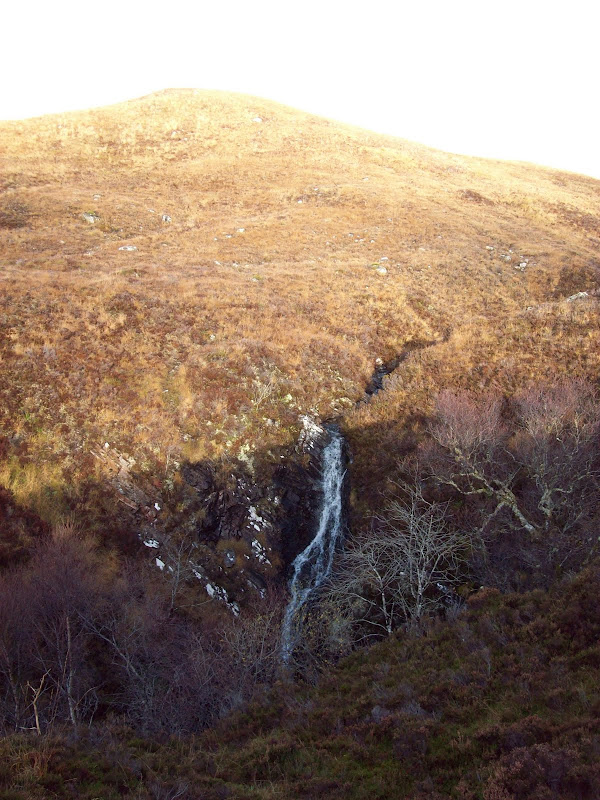 Across to Glas Bheinn: 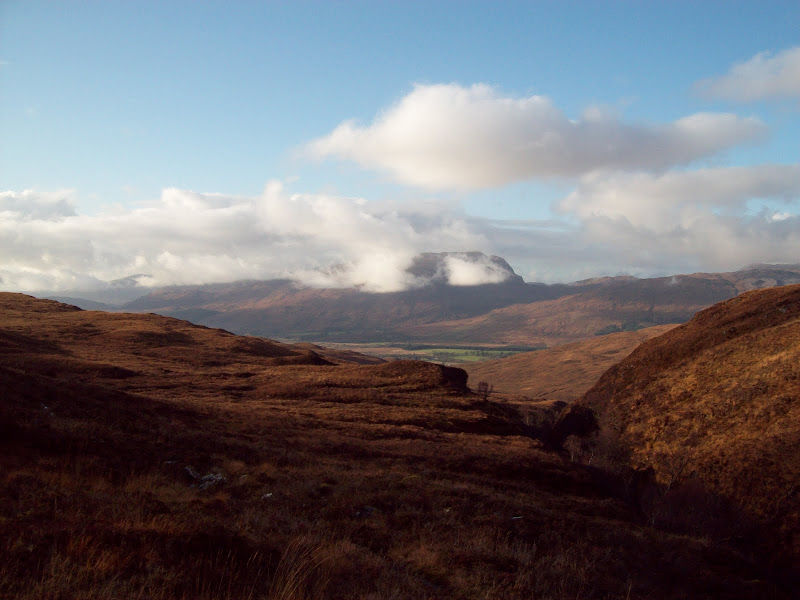 Where the path started skirting to the north of the hill, I veered off to climb a marshy gully to the summit. Sadly low cloud obscured the long distance views, but I did get a few sneaky peeks down Loch Carron and into Ben Dronaig. The landscape was very wet, rough and craggy, and reminded me a lot of Meall Fuar Mhonaidh. 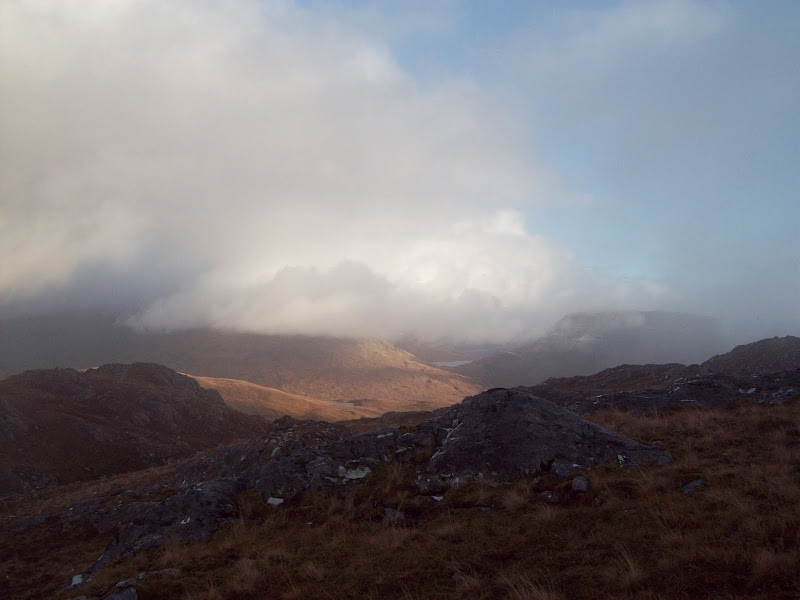 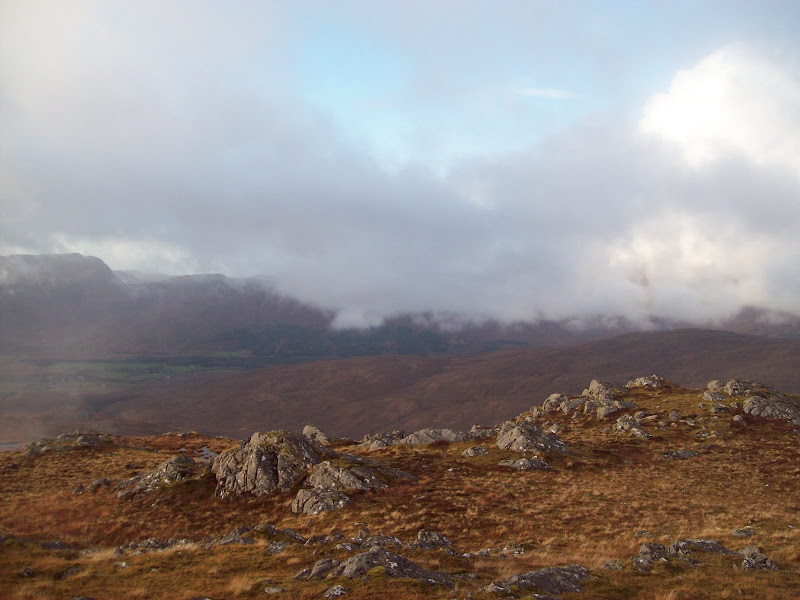 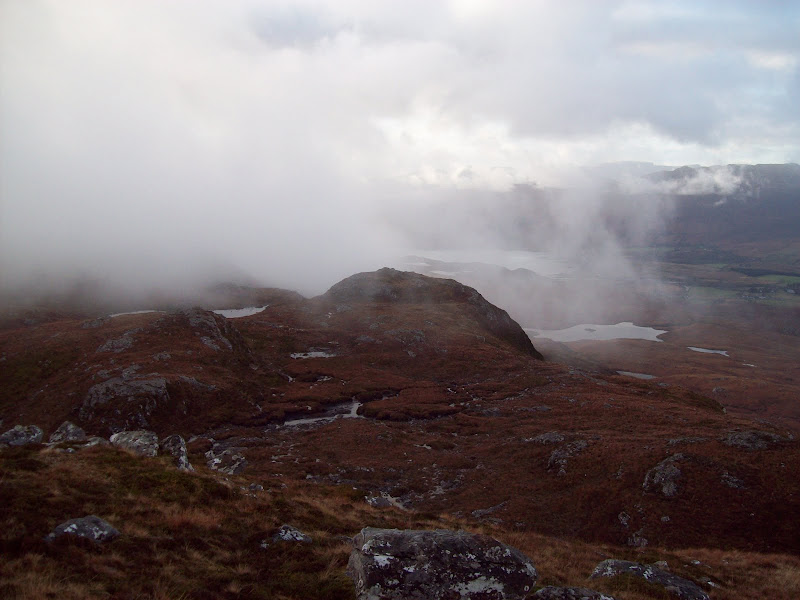 A better look at Loch Carron: 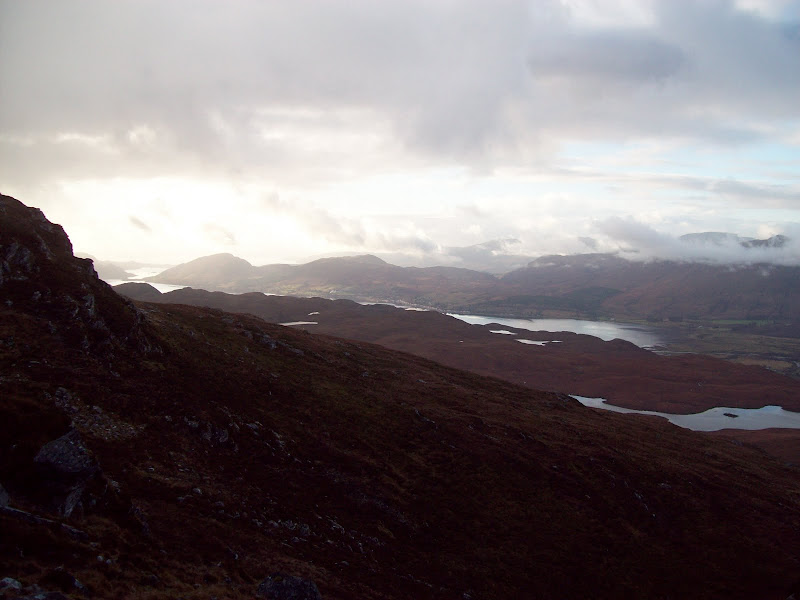 Always on the lookout for a different return, I aimed for Loch nan Creadha on descent to pick up the other stalker's path shown. This cross country section was steep to begin with, weaving through heathery crags, then lower down very boggy! I had to run most of the way down to make it back in the 2 hour time slot that I had allotted myself.

An Ruadh-stac emerges from the clag: 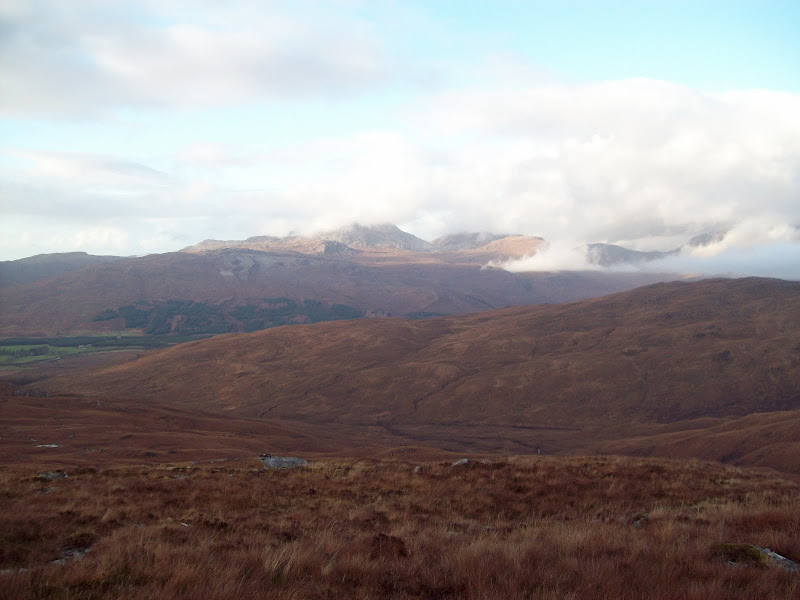 Despite the afternoon never quite clearing up, the drive round to Shieldaig and Loch Damh was picturesque, and I just about had enough daylight to take the site photos I needed. I also took a couple of other shots. 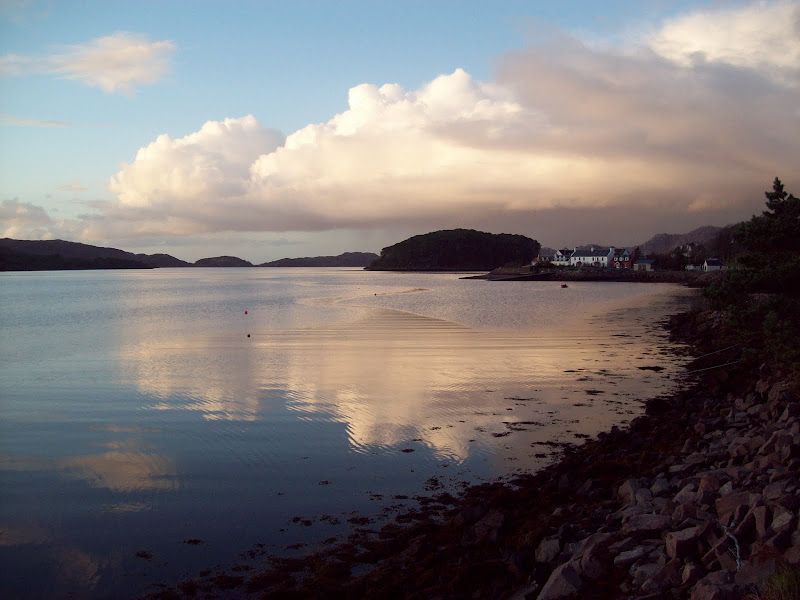 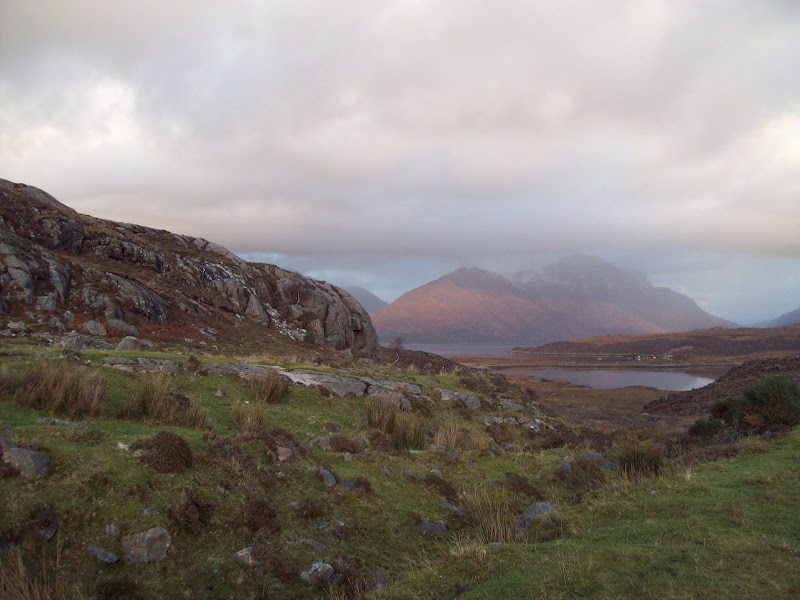 Across Loch Torridon to Beinn Alligin: 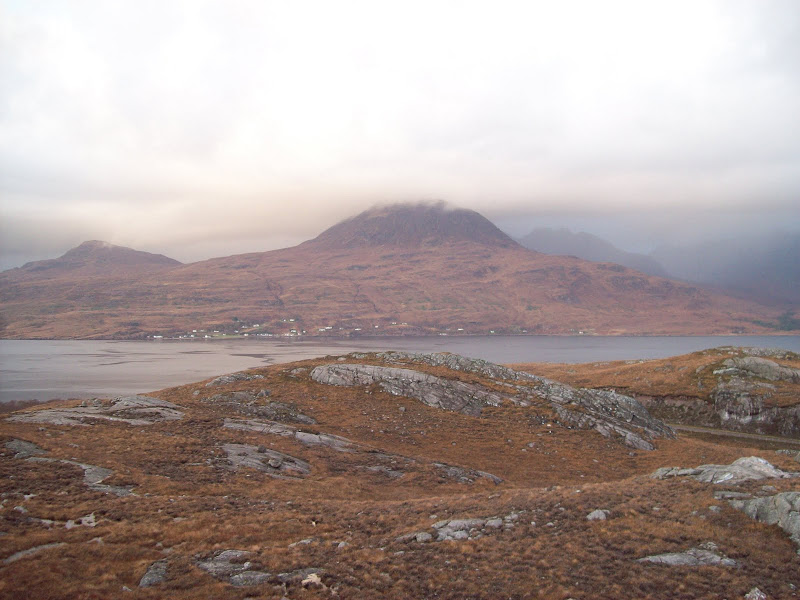