Drowned in Wester Ross (and some sunshine!)

Drowned in Wester Ross (and some sunshine!)

Another quick stroll(!) to do a Corbett that was fairly close to home. Was hoping for some spectacular West Coast scenert, but cloud was down and drizzle was on. Wettish ascent to Meall Doire Faid taking longer than I expected (thought I was at the summit when I was actually on Meall nan Doireachan!). Quick break in the cloud revealed fairly craggy NE face. Picked route down through crags and up Beinn Enaiglair. This was steep and craggy at the bottom, but smoothed out higher up. Views thwarted by humungous shower, but en route to stalker's path, weather cleared dramatically, so got good views of Beinn Dearg and Loch Glascarnoch. Rest of day was pleasant, with stalker's path providing pleasant route most of way back to car.

East across Loch Feith nan Cleirich from a shoulder of Beinn Enaiglair: 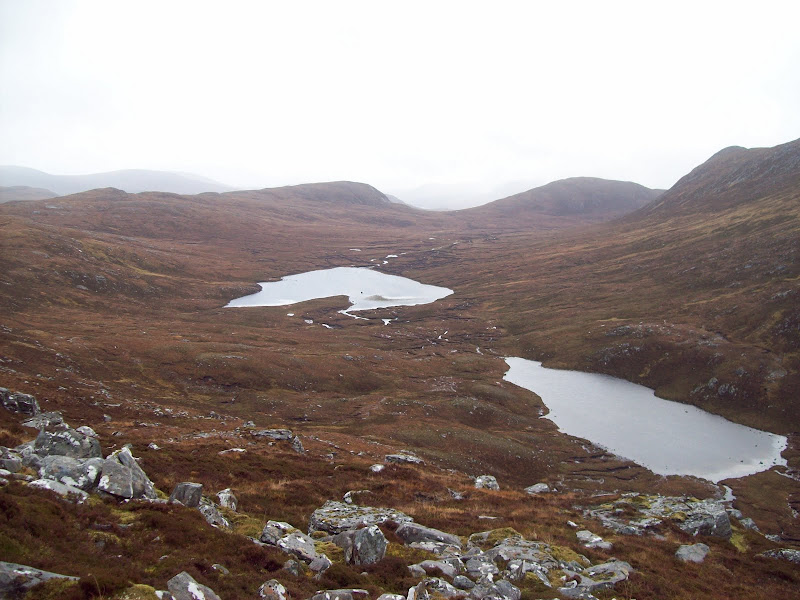 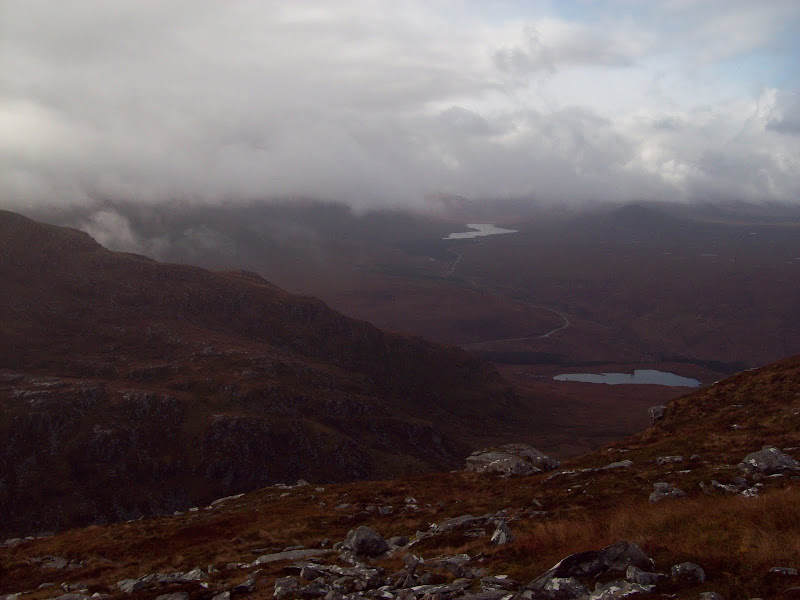 Meall Doire Faid and the Fannaichs: 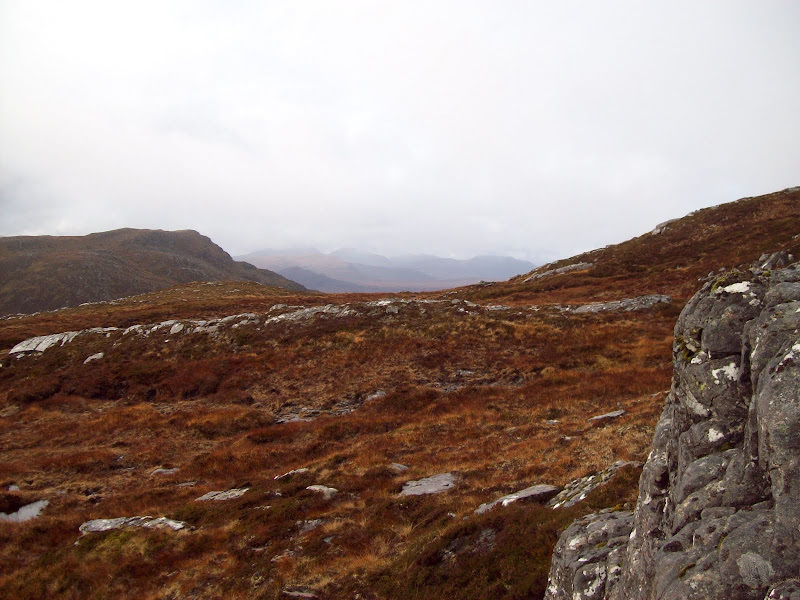 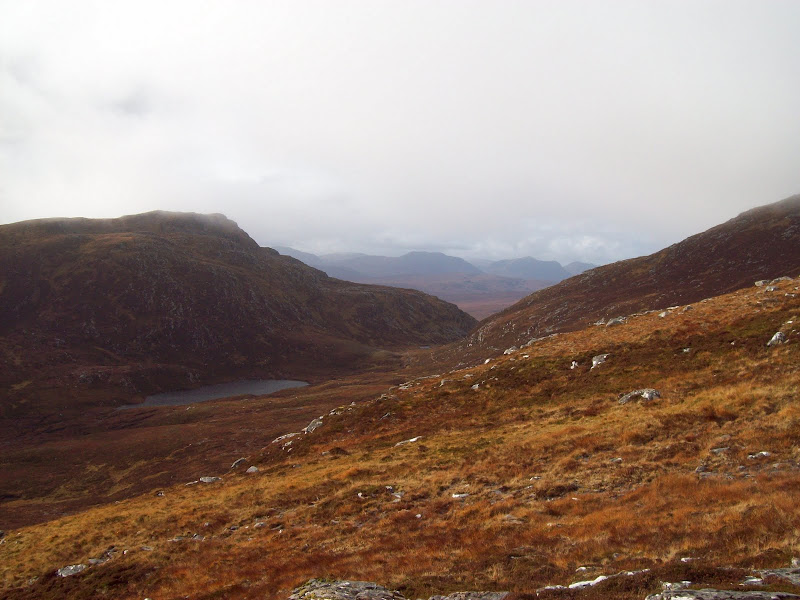 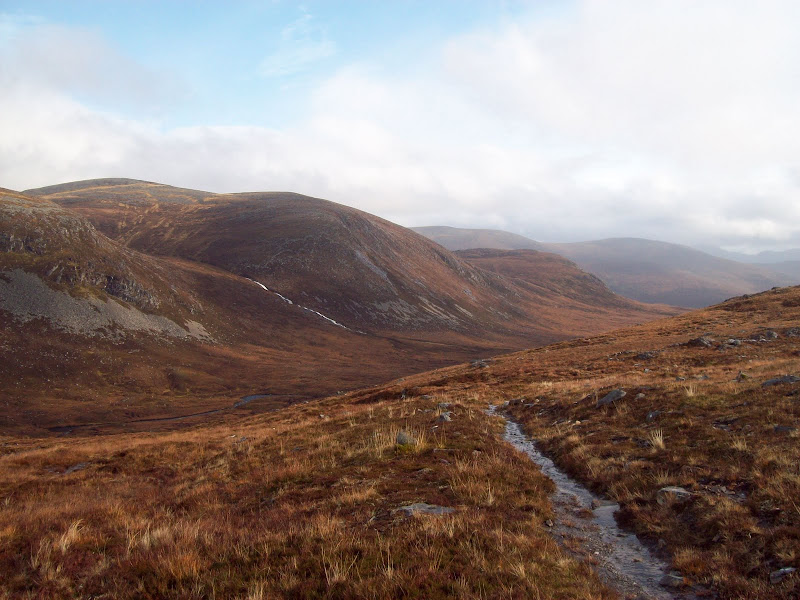 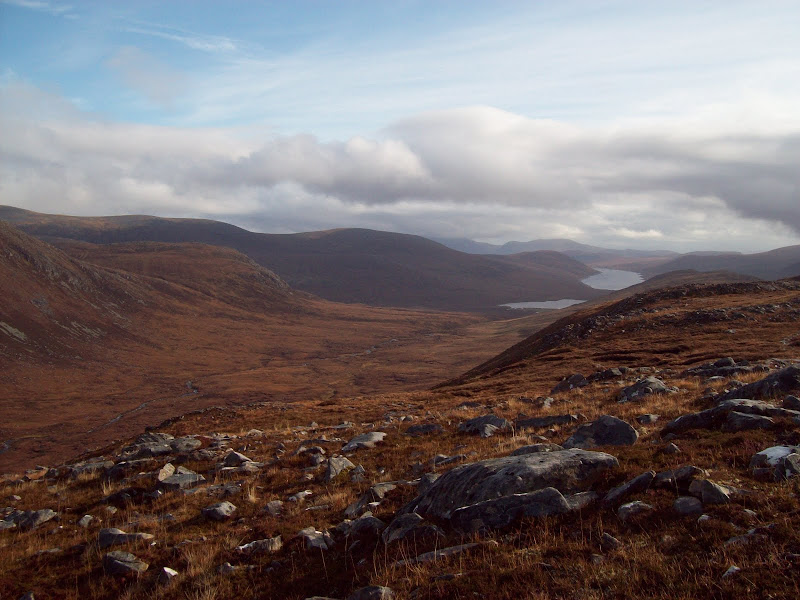 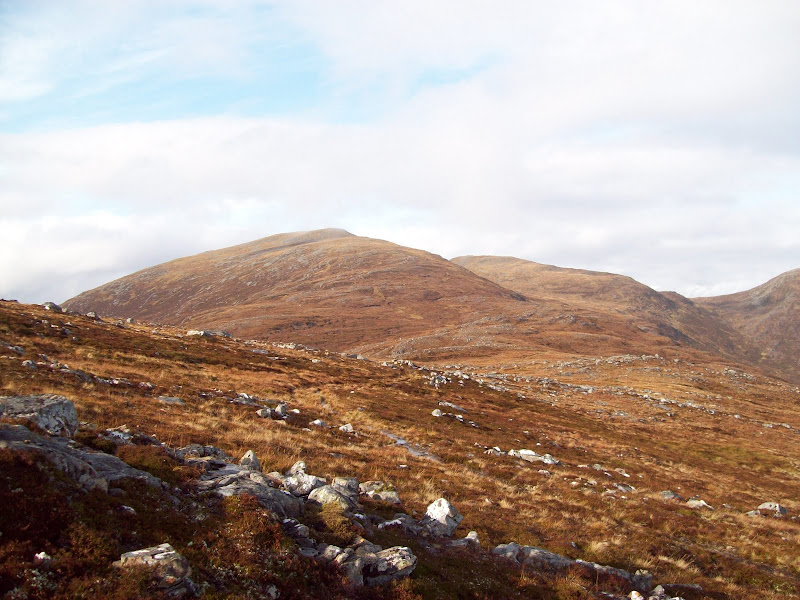 Iorguill and remains of shelter: 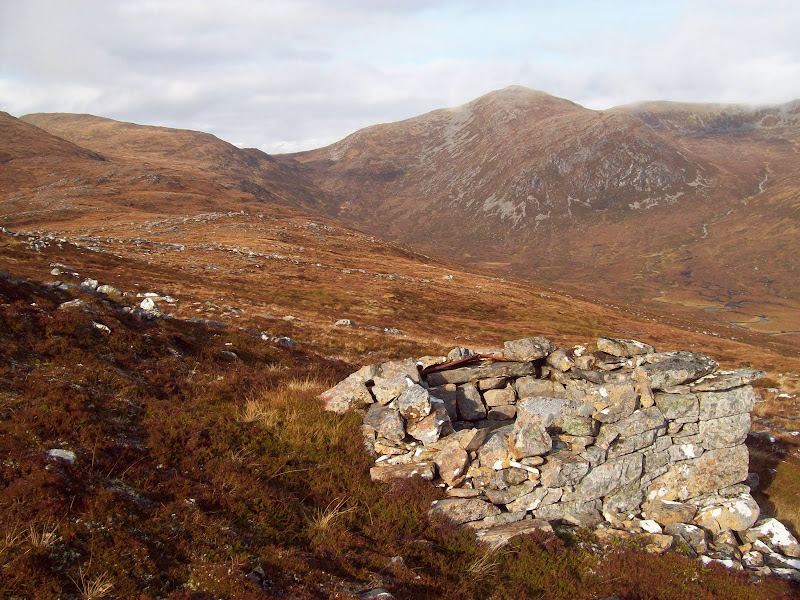 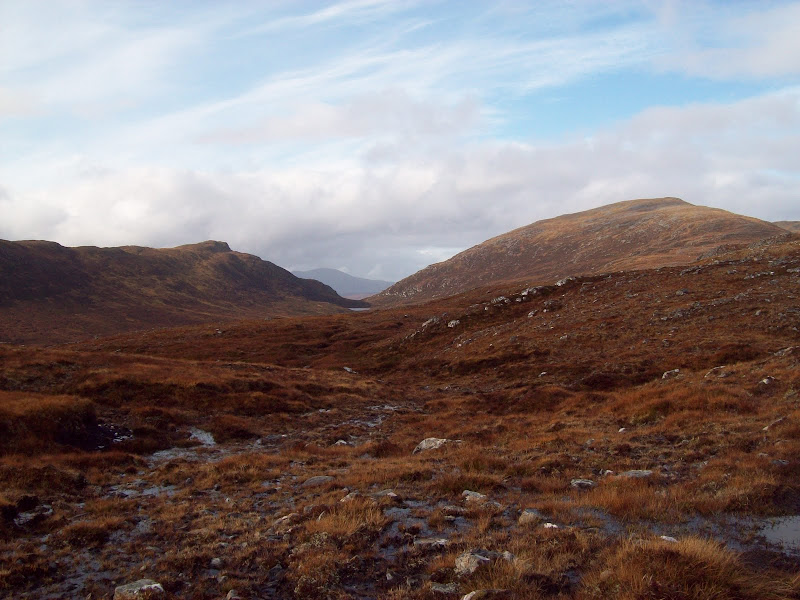 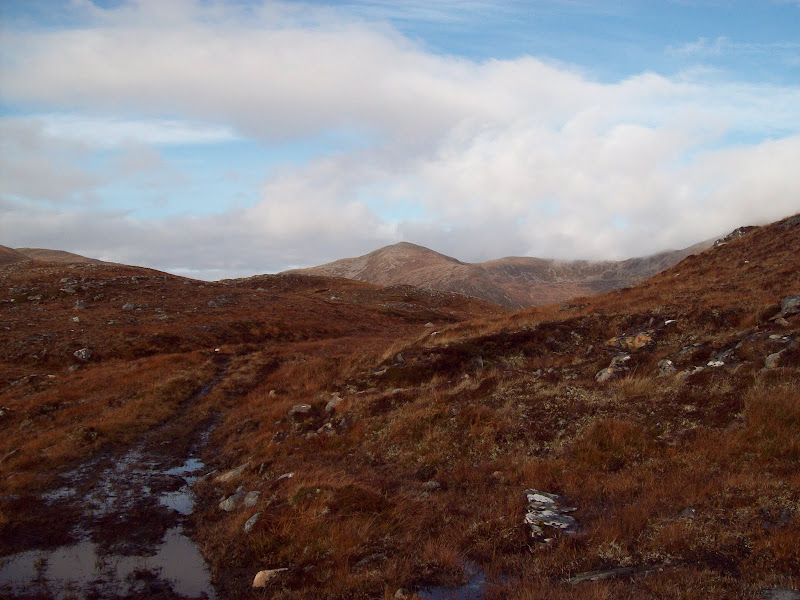 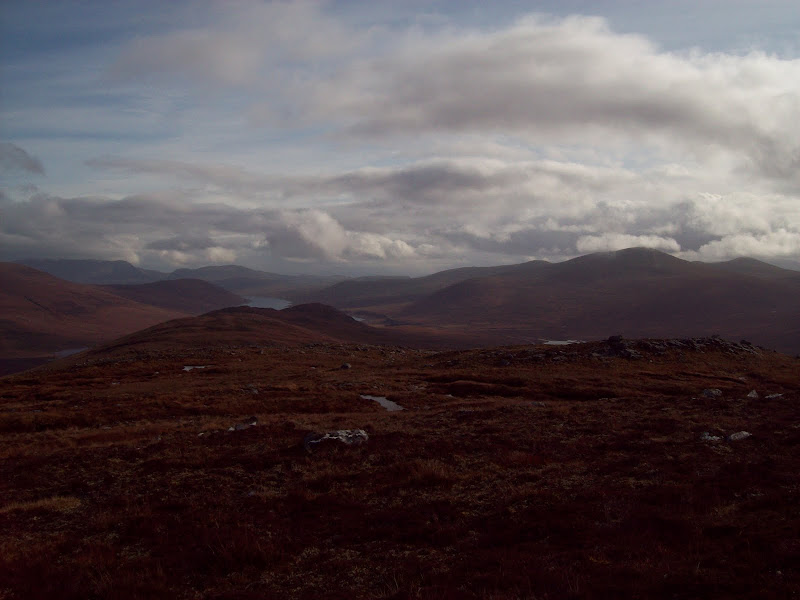 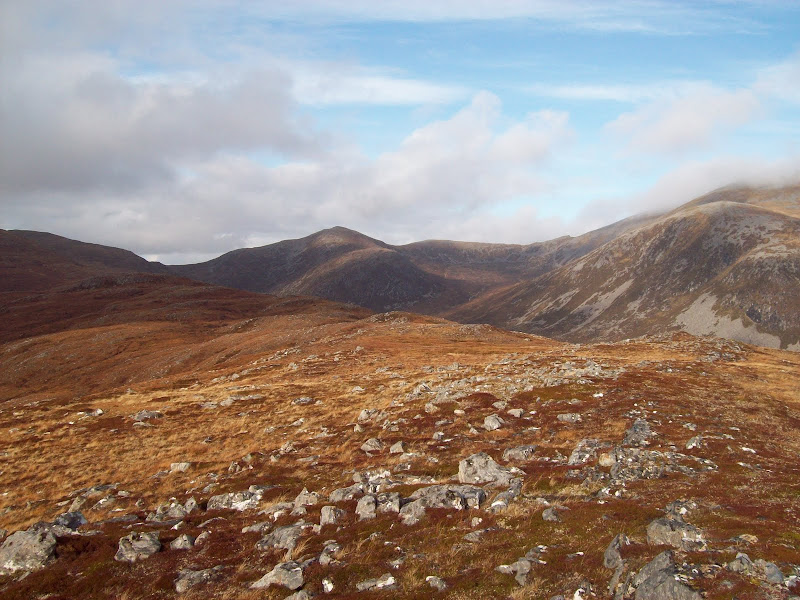 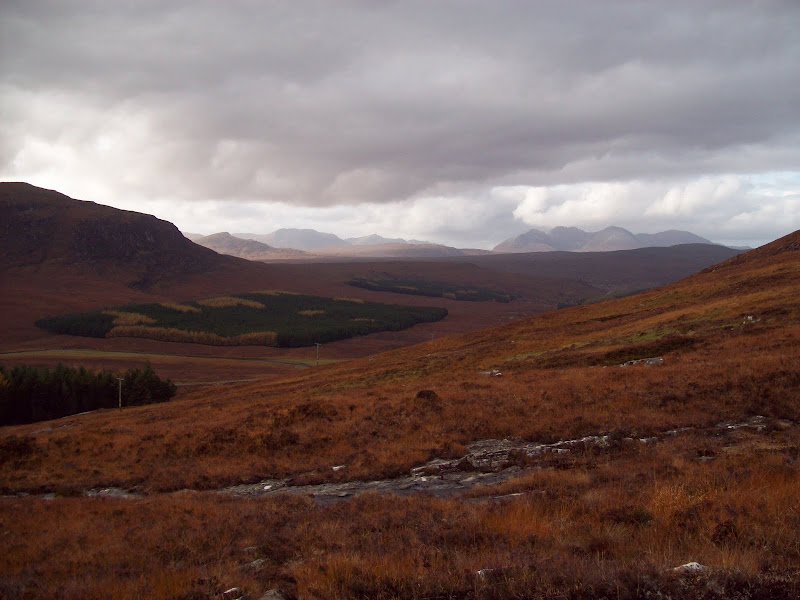