Back down to Paisley again. Gill still has a few more shifts at the Games before they finish, and I could use a long weekend to do some more walking down that way

.What to do though? A late evening in work followed by doing more work from home on Thursday morning means that I'm not on the road until 1pm. The 5 Corbetts around Auch Glen are probably out of the question now.

There are still a couple of Corbetts I haven't been up down Glen Etive. Could they be an option? A heavy shower hits as I'm driving up Glen Coe. It will probably pass, but the hills bordering on the coast and sea lochs have a worse forecast, so maybe give them a miss today. That leaves Beinn nan Imirean - not a hill I have given much thought to, but should make a fairly easy late afternoon/early evening ascent.

Beinn nan Imirean.gpx Open full screen  NB: Walkhighlands is not responsible for the accuracy of gpx files in users posts
By the time I've driven past Auchessan, turned around and found the correct turn-off, it is 4:15 pm. Even a short walk like this is going to have me in Paisley a little later than intended. Not a great deal of room here, but I'm the only car so no problem.

I followed the private road past houses and round the end of Auchessan farm, finding a pleasingly good vehicle track then path leading up the hillside. I caught the edge of a shower, but it only lasted a short while before moving on. 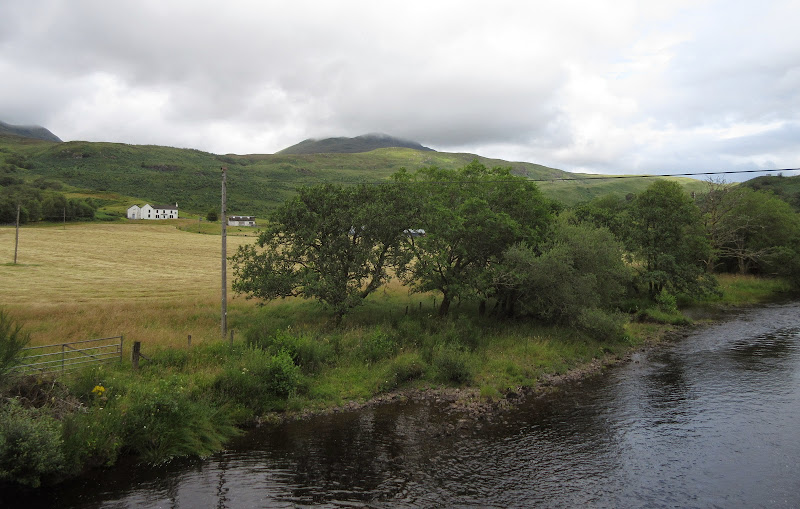 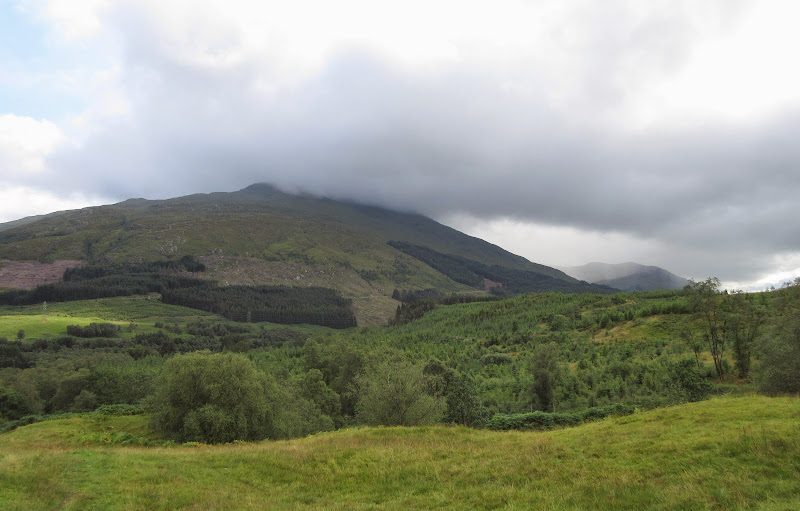 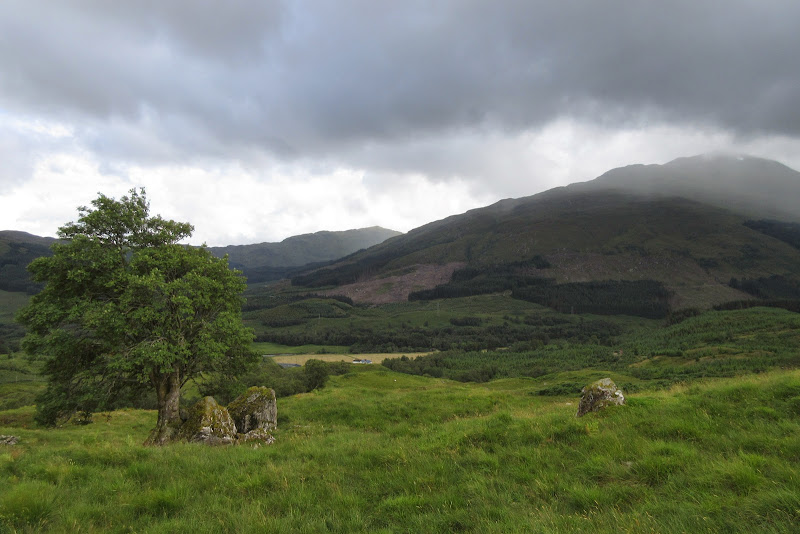 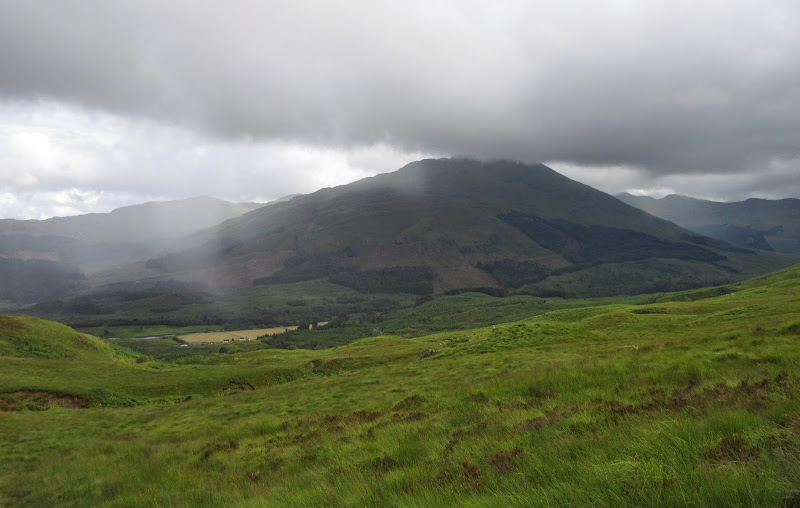 I was pleasantly surprised by the lower hillside here. I'd previously been up Sgiath Chuil and Meall Glas from Glen Lochay, getting very wet and not having any lasting memories of them. They weren't hills I'd ever given much thought to returning to, and for some reason I thought they would be even less interesting from this direction.

I'd consider revising that opinion though, as a reasonable path took me right over the end of the eastern spur of Meall Garbh. Beinn nan Imirean is so retiring that it still isn't obvious from this point, but Meall Glas compensates ably. If I'd had more time, I would quite happily have gone over Meall Glas again to extend the walk. 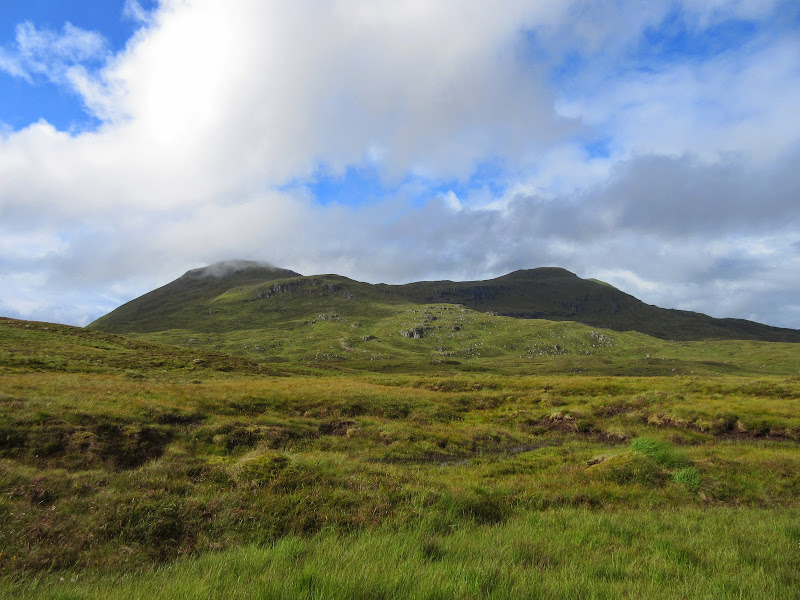 Up on Meall Garbh, the final route to the summit was now visible, as were some of the other Glen Lochay hills. Creag Mhor in particular caught the eye, appearing quite rugged and shapely from this direction. Vague memories returned from 10 or so years back of a tough winter's day out on Creag Mhor and Beinn Heasgarnaich, with a sudden clearing and burst of sunshine on Creag Mhor. 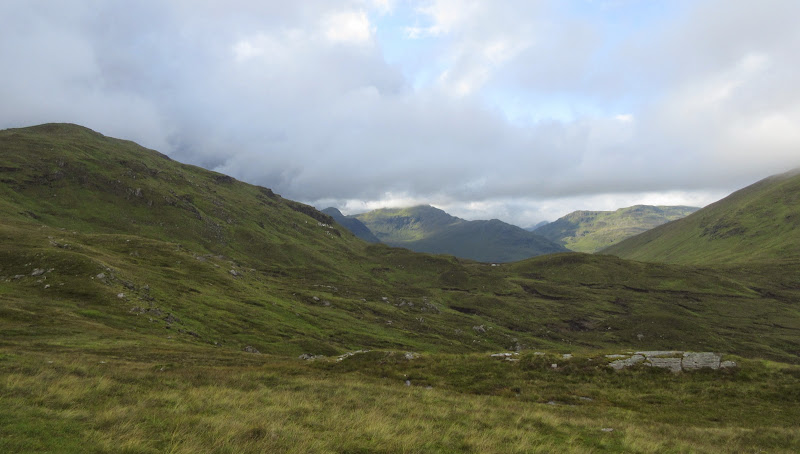 The summit ridge was easy walking over grass and rocks, and I had my dinner on top. Although many of the higher hills were in the cloud, what was on display was still pleasant. Yet another case of low expectations being easily exceeded! 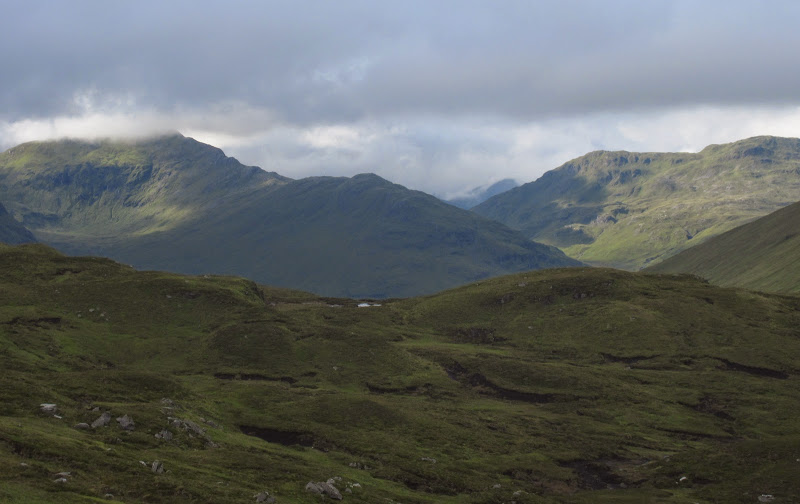 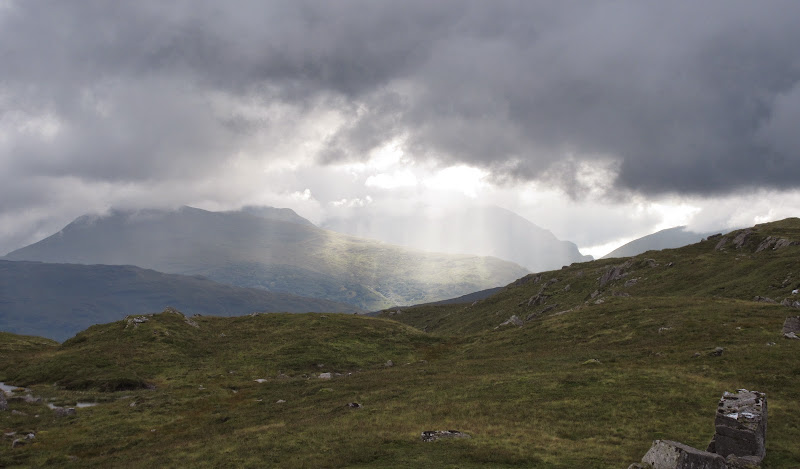 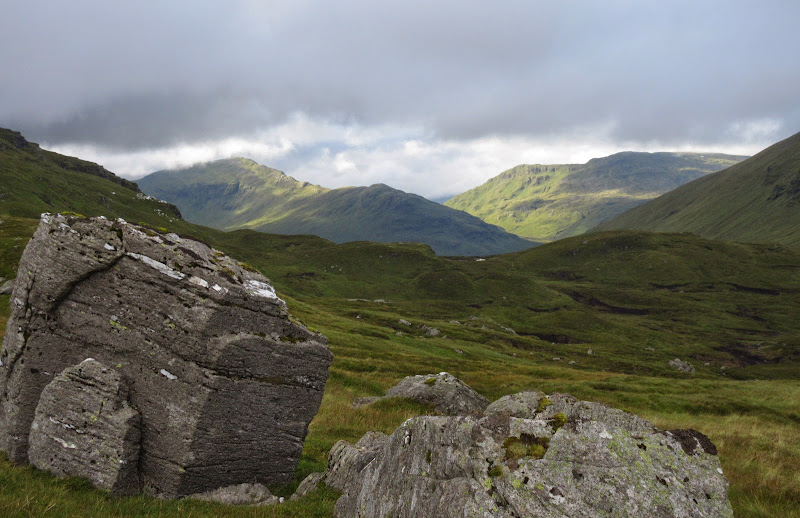 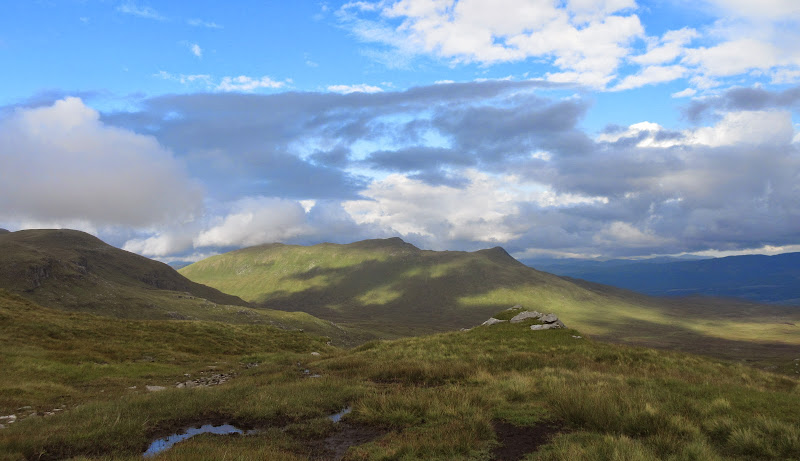 Creag Mhor with Beinn a Chreachain in the background: 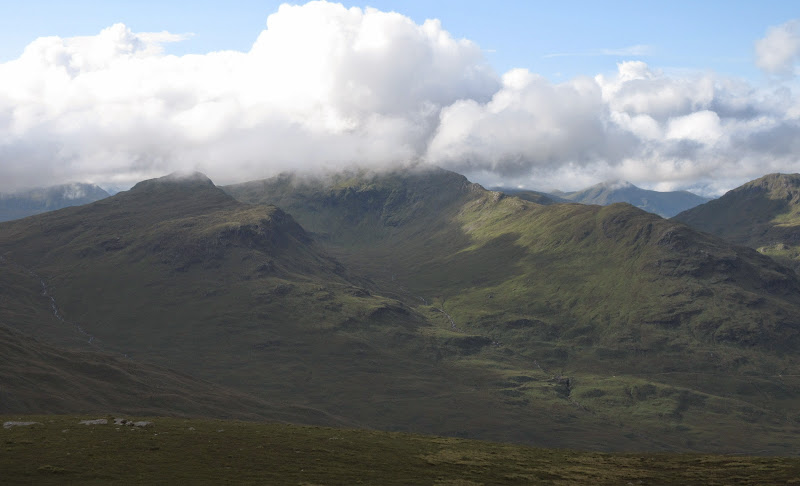 I dropped back down by the same route (seems to have become a theme recently - the Commonwealth Games period has definitely turned into a bit of a bagging phase for me. Quite looking forward to some more imaginative routes again soon). While the ascent took me an hour and a half, it only took an hour to get back down. 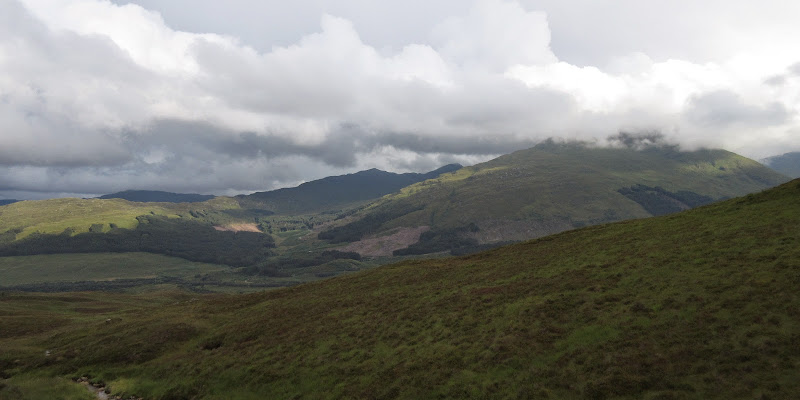 Oddly, I couldn't get a phone signal on the summit, at any point on the way down, or in Crianlarich. By the time I managed to get through to Gill, I was sitting in the Pulpit Rock traffic jam south of Ardlui, and she was wanting to know why I hadn't called her earlier with an arrival time.

Good idea for an evening walk, malky - nice viewpoint even though it's hidden away a bit. Can remember adding it on to a Sgiath Chuil/Meall Glas walk as it seemed to make sense (even if my attempts at HDR did make some photos look like the album cover from Led Zeppelin's Houses of the Holy

A good hill for this sort of occasion!

Great hill did it with meall glas a couple of yrs ago in winter, munro clagged in then skies cleared for the corbett, one I would definitely do again in winter, still quite boggy in places in winter just had to find thicker ice