The date is a guess but it was certainly early to mid September 1994 when I made the first and best of five ascents of Sgurr na Stri.
Walked in from Kilmarie and the first pleasant surprise was the sight of the Cuillin just above the Am Mam bealach. The next was the wonderful view from the high point of the path down over Camasunary Bay with the Cuillin behind.
I had a quick look in at Camasunary en route, to drop off sleeping bag etc. and had a quick chat with a couple of guys doing bothy maintenance. The sound of hammering followed me quite far up the hill on a direct scramble up the east side but faded to nothing by the half way point. It was a fine evening, I thought to myself, and not a bad view. That got even better at the first of the twin summits. I had no idea that the view over Coruisk from the other would be quite so stupendous though. No interweb in those days so the walk was inspired purely by a look at the map and knowing there was a bothy there .
I clambered over to summit 2 and stood astounded by the yawning space below, the mist boiling in the corrie above the loch, the sunlight slanting down onto the water, the Black Cuillin strung out across the sky. Utterly astonishing. But maybe something of an illusion too; never quite so impressive on any of the subsequent visits.
Made my way back down filled with excitement at what I'd seen and arrived at an empty bothy. Greeted in the early morning by a field mouse sitting near the top of my rucksack. I looked at it and it looked at me for a few seconds before running off... 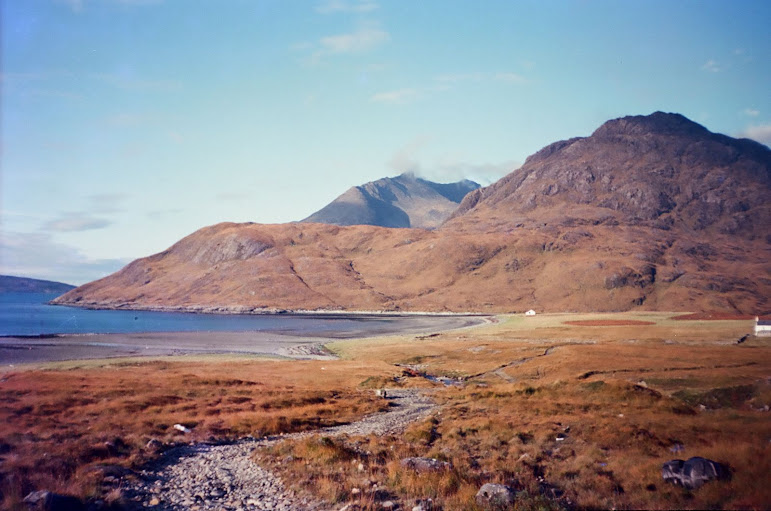 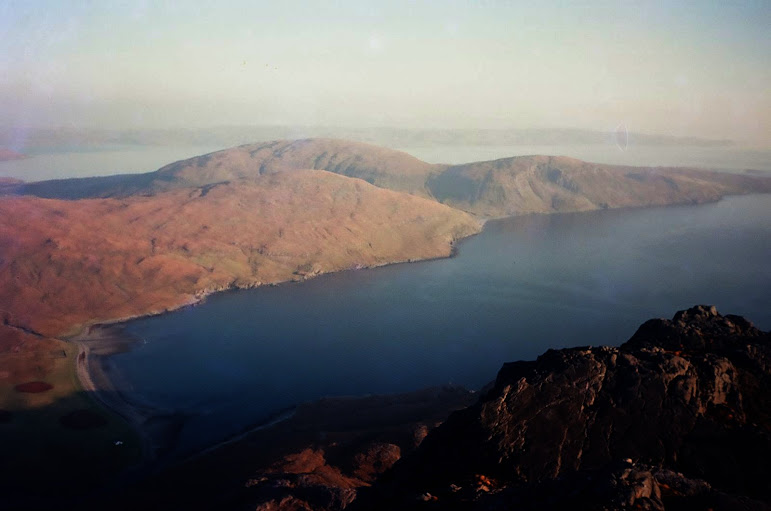 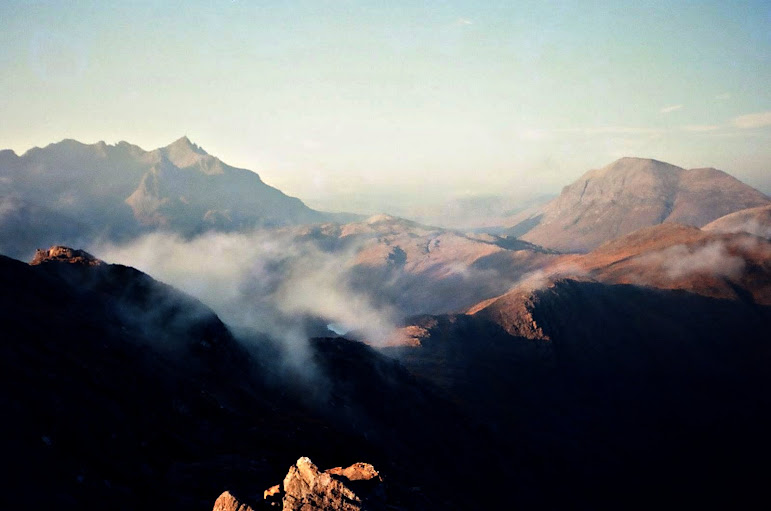 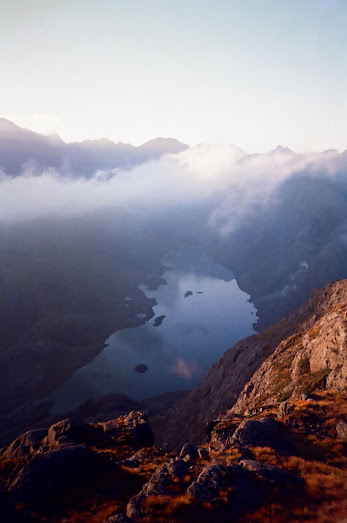 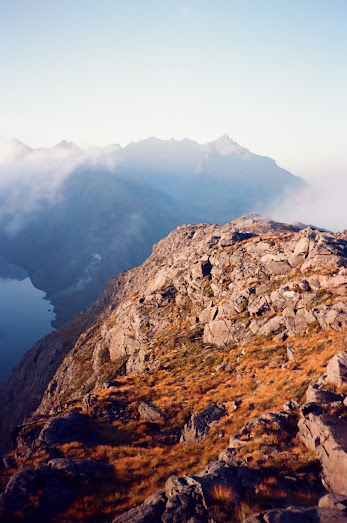 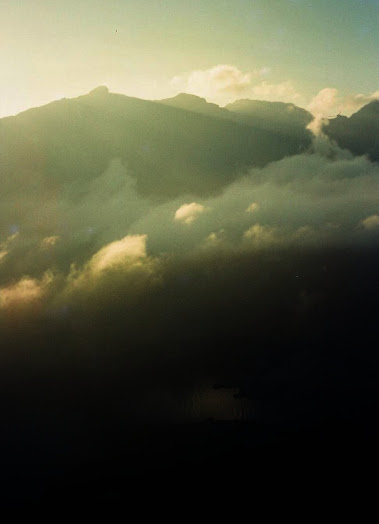 rockhopper wrote:Nice photos - haven't been here yet but this is one hill which I really want to walk some time and camp if possible - cheers

Would make a great evening/morning if you got the weather.