A murky day on the Light Coloured Hll

A murky day on the Light Coloured Hll


We had enjoyed our week in Kinlochewe,it turned out to be a great introduction to the mountains in Torridon and down Strath Carron.
I had looked at walking up Fionn Bheinn as we were passing through Achnasheen and since the forecast was for weather cheering up thought it would be nice to get the views of the Torridon mountains from Fionn Bheinn as it is reputed to be one of the best for such views.
We set off from our cottage in good time,got parked up in the carpark near the station in Achnasheen,the mist was shrouding Fionn Bheinn,but there was a bit of a breeze and it was warm so the thought was lets go and see what happens,
We followed the WH route up the side of the Allt Achadh where the path is plain but a bit wet. We followed this upto what looks like a constructed inlet on the burn and then followed a faint path heading more or less directly uphill.We soon walked in to the cloud but looking at the map and following a bearing of north we headed off uphill more or less along side the slopes of Creagan na Laogh and simply headed for main ridge of FionnBheinn. 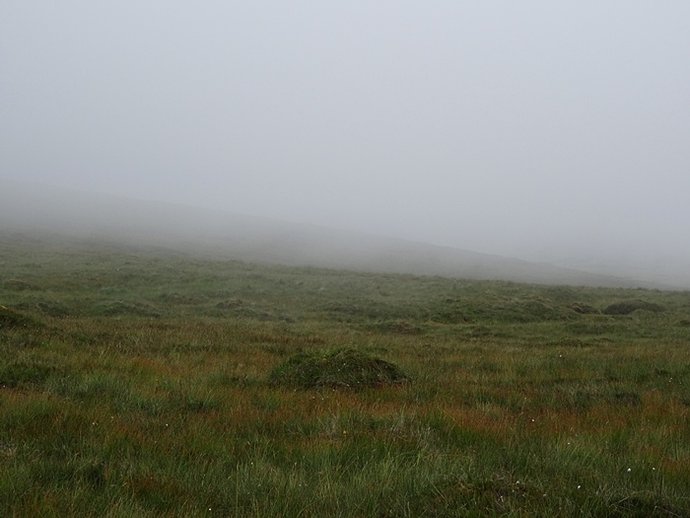 Now,wether it was more luck than mamagement,we landed on the ridge just by a small cairn this was right on the path on the ridge so we turned left and plodded upto the summit trig point. 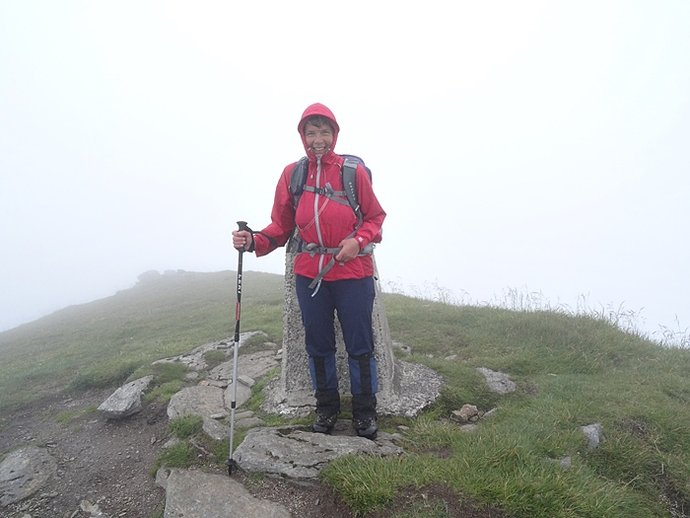 It was quite windy on the top and the temperature had dropped quite considerably,we were in the cloud so no views again,which was a pity.After a quick snack and a couple of piccy's we headed off down.found the little cairn and re-traced our route back down. Views on the way down,the mist did start to lift a little This was an enjoyable little outing eventhough we did'nt see much.It did help in practising some basic navigation in mist,pinpointing features on the map and finding them on the ground,we even managed to avoid the worst of the boggy ground. As we got lower the cloud did lift enough to get some hazy photo's of Slioch and Beinn Eighe,
but the experiance was a good one and we enjoyed our trip out. Waterfall on the way down 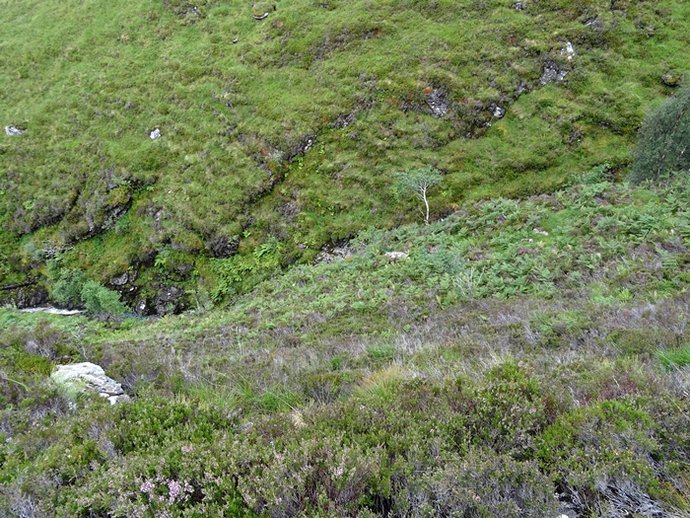 Looking down on the Allt Achadh na Sine burn Re: A murky day on the Light Coloured Hll

This is my planned hill for Wednesday 17th September, shortest easiest walk for last day before I have to head home, keeping fingers crossed the high pressure lingers round long enough to keep the rain away.
As mentioned before your photos are giving me a confidence to tackle the unknown of Torridon.