The Brack - for an old pal.

The Brack - for an old pal.


This one's for Shand, an old friend who lived in the Glen and passed away earlier this year. He once told me of getting stuck up the Brack, as a boy and being terrified. Almost everytime one goes up, or down "the Rest," one's eyes are drawn to the various hills and crags, the Brack being no exception, so I had an added reason for wishing to get up there some day. Climbing practice, other side of the road. I followed the route up from Ardgartan as per WH, with a mind to go over to Cruach Fhiarach, which might afford good views down Loch Long? As described, the track up the hill, from the forestry road is indicated by a white sign post, although it immediately appears to be swallowed up by the forest itself, after the first few, very steep steps are taken. The route up this section of trees continues in this manner, on a cramped, rocky and slippy, tree root riven track, for a hundred yards, or more, before it emerges at a stile, onto the open hill. There is another white fence post here, which might just prove handy on a very murky day. Fortunately, things looked a bit brighter for me, despite an occasional rain shower. I joined up with a fellow walker, from Beith here and enjoyed a bit of banter, along the way for a while. The path is fairly clear and rises quite steeply towards the crags, but as it reaches more boggy territory, gradually peters out. A heavy rain shower caused me to take shelter for ten minutes, under a massive boulder, straddling the burn. Gave me time to reminisce about Alex, or Shand as he was better known. A candidate for 'bivi boulder?' 
As described, one keeps to the left of the crags, aiming for the low point ahead. From the map, I wasn't too sure if this is Elephant Gully? Also, kept my eye our for the "bivi boulder," but can't say I spotted it. There are quite a few biggies, where one might take refuge. Anyway, once onto this plateau, fine views open up over Argyll's Bowling Green, the Clyde and Arrochar Alps. Ben Arthur and his Seat. Is that you in the queue? 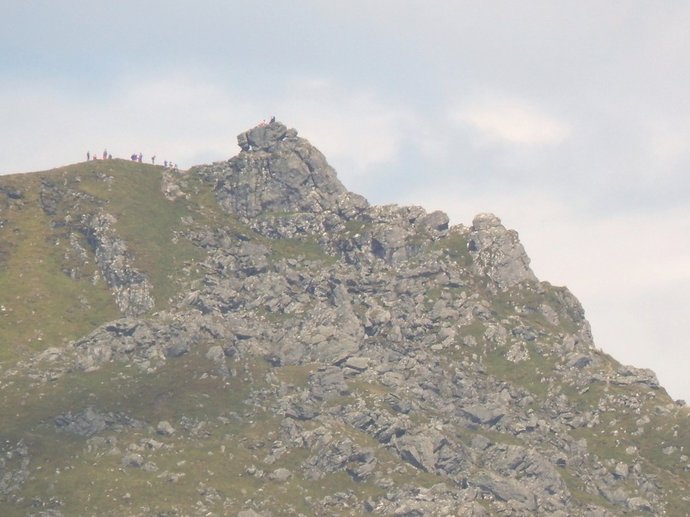 After a few strides, one comes to a very small lochan and as others have noted, the path to the summit, actually heads up the final stretch at this point - immediately, not heading heading on past the lochan as I did. Having went on about fifty yards along a clear path, my doubts were confirmed as I could see what looked like path, heading to the top, so had to strike off up some steep ground to join it, half way up. A few more steep steeps and bingo, the trig point appears. That took about an hour and three quarters.
Pity there were a few showers and banks of cloud still drifting about, but still some good views. Afraid I just couldn't get into the Great Central Groove (- Madonna?) and didn't fancy what looked like some tough ground over to Cruach Fhiarach. Not having much time to spare, soon headed back down the way I came, bumping into my friend from Beith, whom I had earlier parted company with. 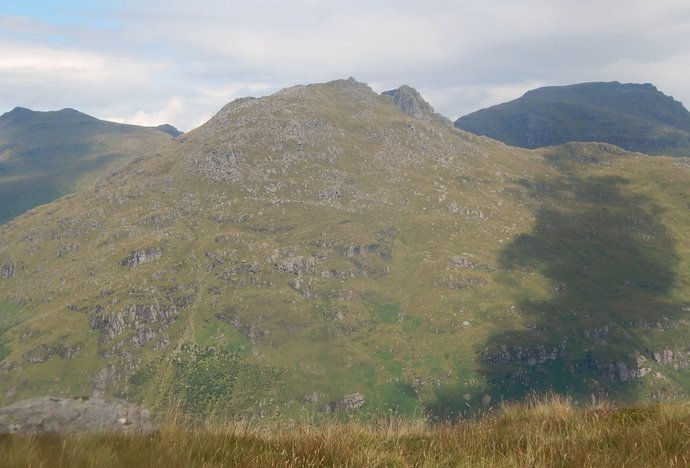 Nothing much else of note on way back, other than the tricky wee bit through the forest again, getting back to the car in just less than three hours. Think I must have left my walking pole there - that's three goners now! Shand would have laughed at that. Too late, but thanks for many a kindness shown to me over many years, Alex! 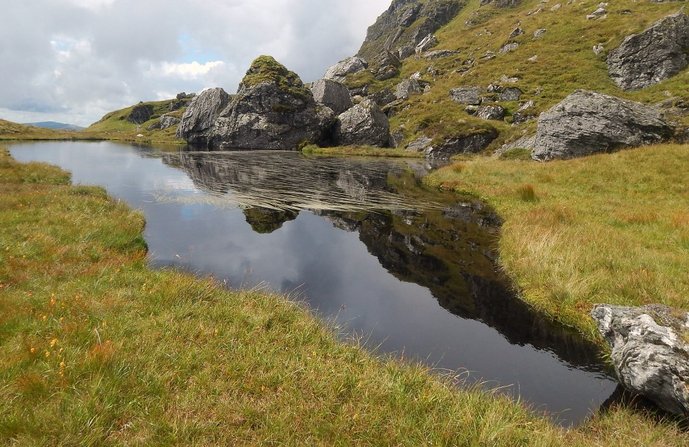 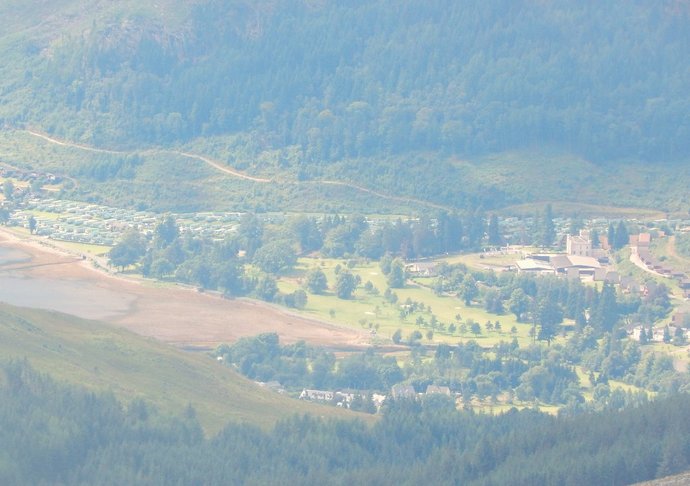 Beinn an Lochain behind. Ben Lomond about to vanish behind a bank of thick, white cloud. 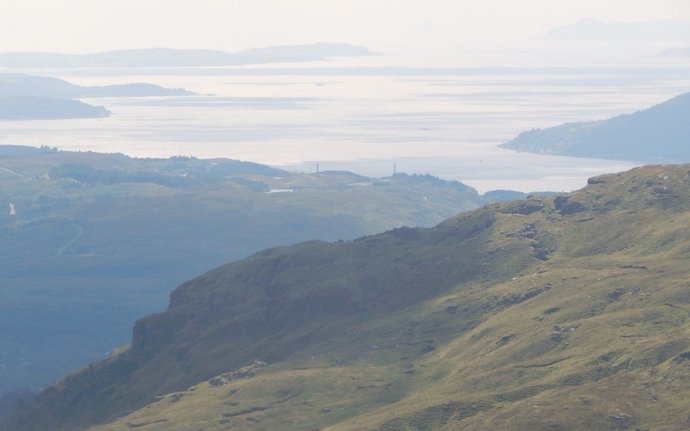 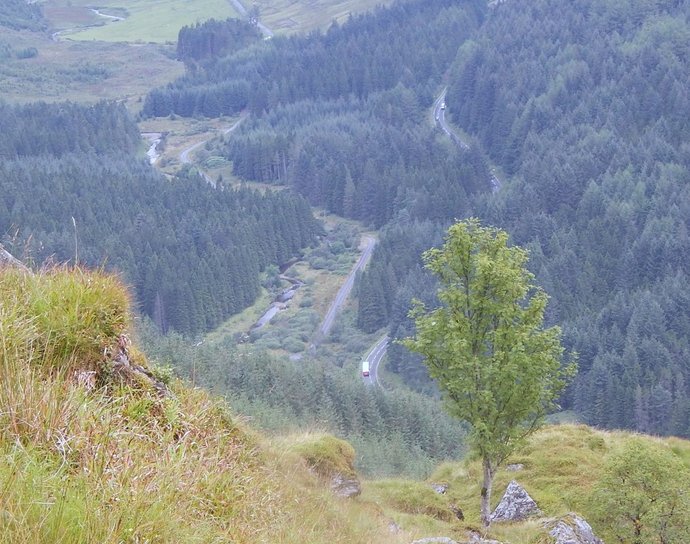