Time to dig into the archives again. Haven't been out in the snow yet this year, other than a very light dusting on Mount Blair a few weeks back. So seems topical to write this one up properly.

Was working over in Kyle and Lochcarron, but as usual had my boots in the car in the event of good weather. I thought these hills would make a quick afternoon out, so I parked up at the loop of old main road at Loan, and headed east up the A890 a short distance to a firebreak. I climbed easily up this, over a fence, then more steeply onto Beinn na Feusaige, hitting the smowline fairly shortly after the forest. 45 minutes on and the gradient eased, with great views of Torridon and Coulin opening up. 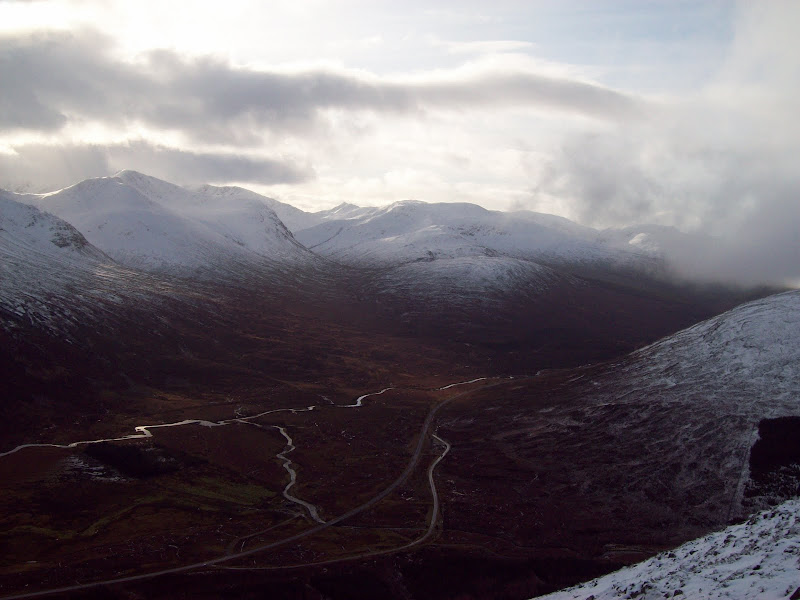 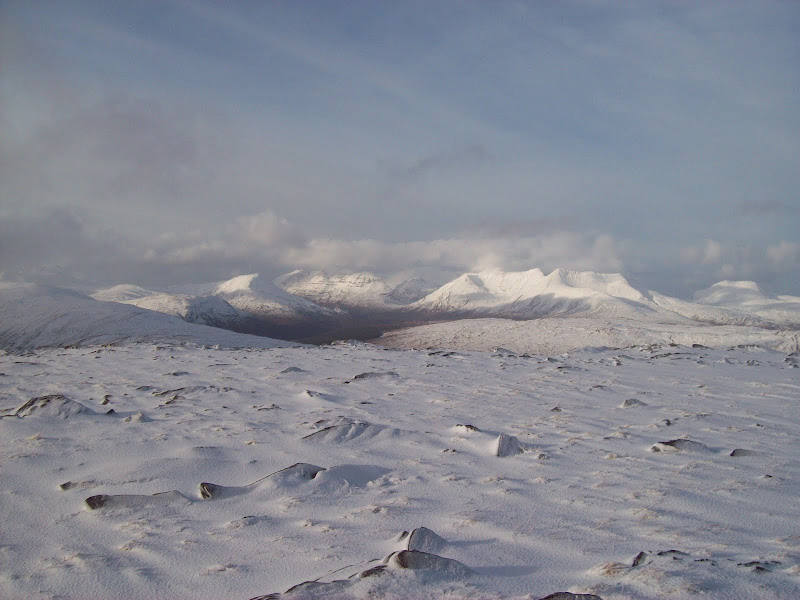 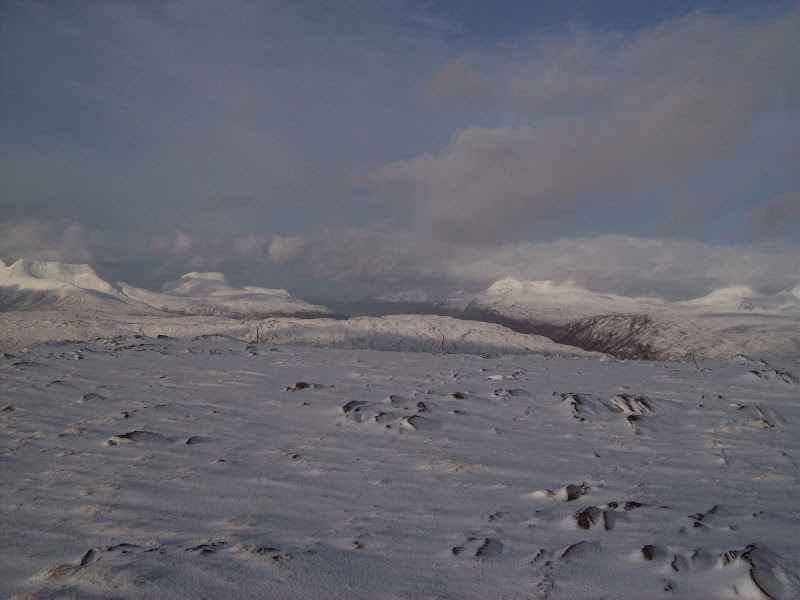 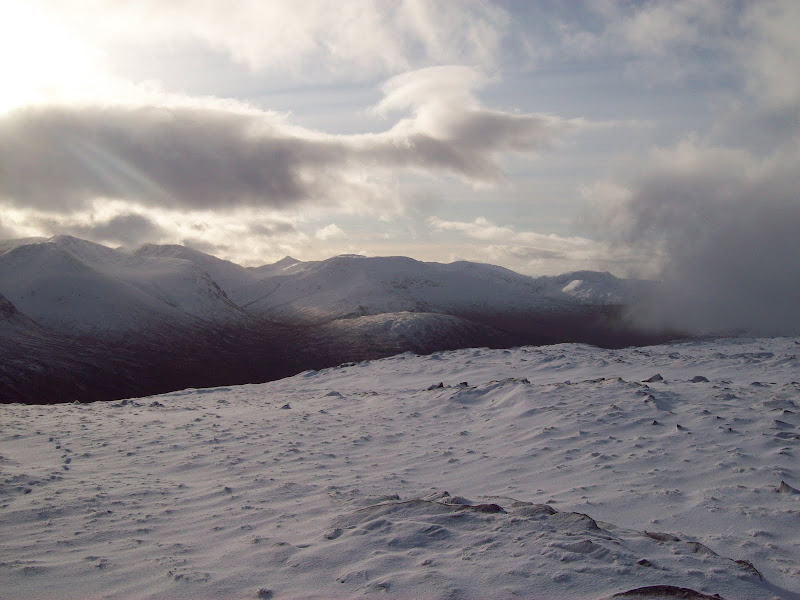 Good views from this summit, and easy going following a line of fence posts down to Lochan Mhic Iamhar. At this point, the snow got a lot slushier, and the going became harder. To save time, I contoured the south face of Carn Mhic Iamhar, although in retrospect this probably made little difference. 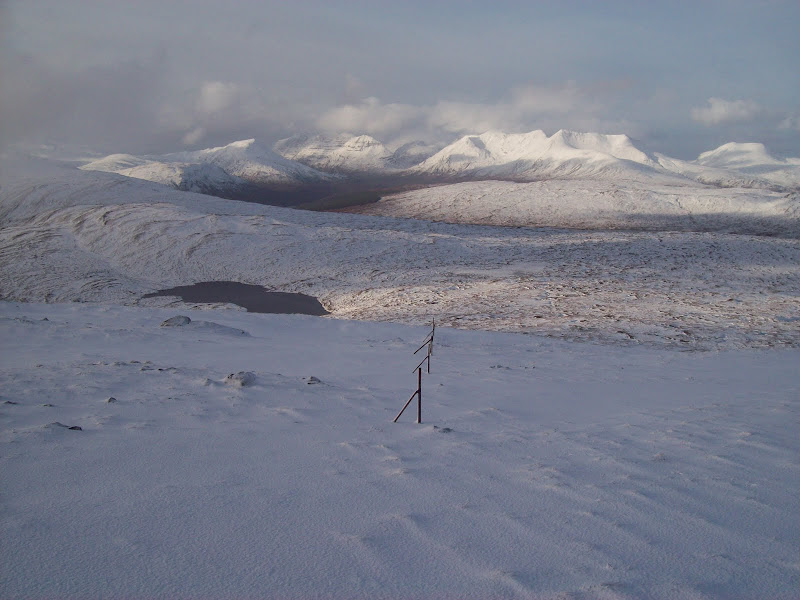 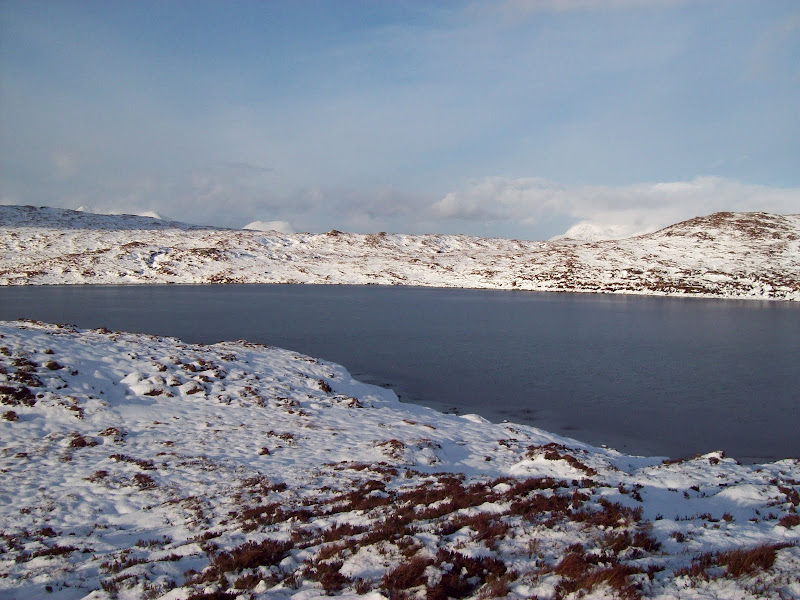 More soft snow, which began to consolidate a bit on the ascent to Carn Breac. Large rectangular cairns guide the way here in mist, although they weren't required today! This ascent went on for longer than I expected, and I began looking at my watch, concious that I had work to do when I got back to Inverness. I carried on, and eventually reached the summit. There was a very cutting breeze up here - not very strong, but extremely chilling. Still the scenery more than compensated for it - the jewel in the crown being the view across Loch Coulin down to Liathach and Beinn Eighe.

That classic view down to Torridon with Loch Coulin in the foreground: 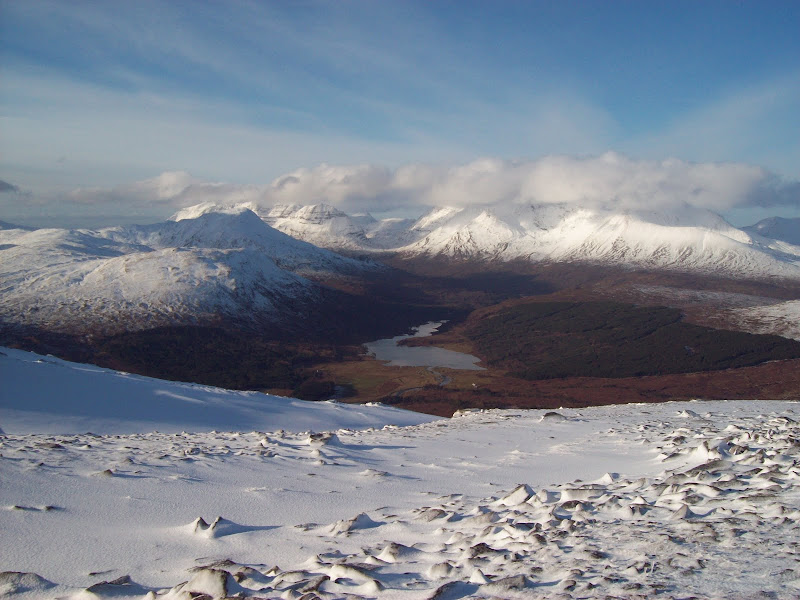 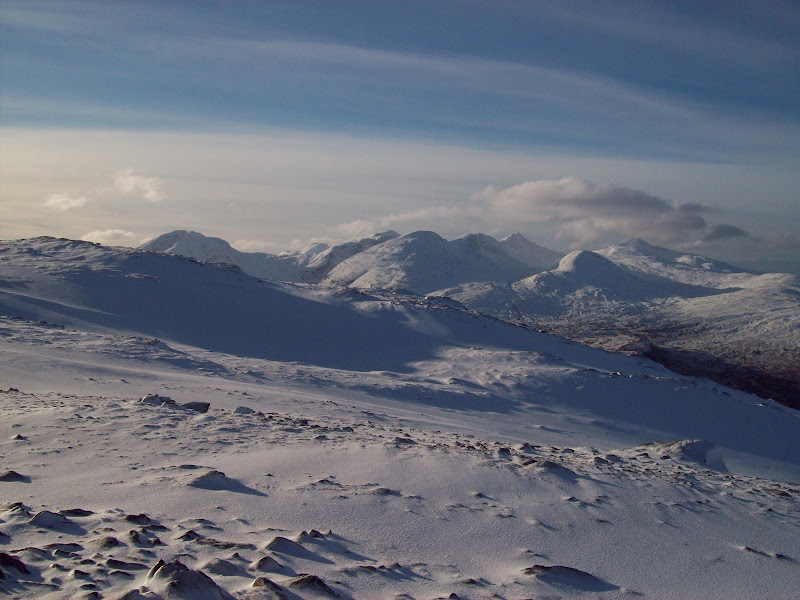 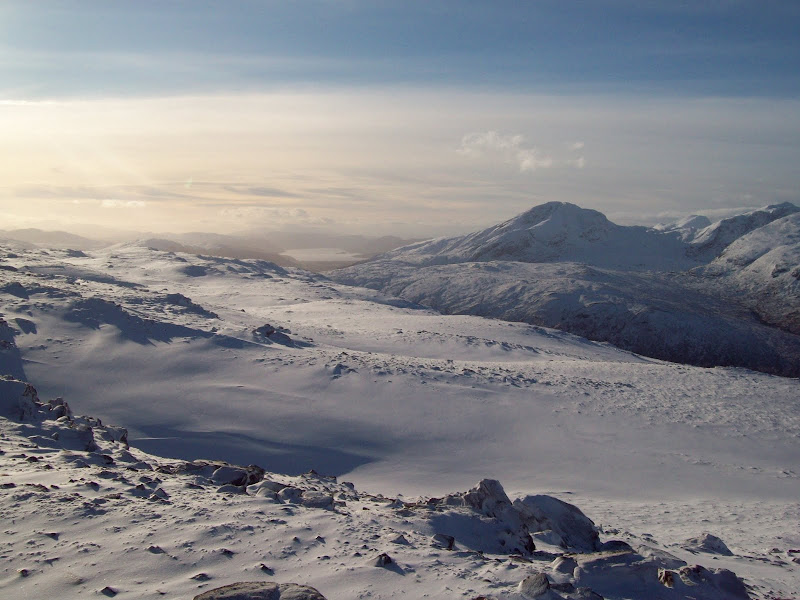 Torridon again, from the summit of Beinn Breac: 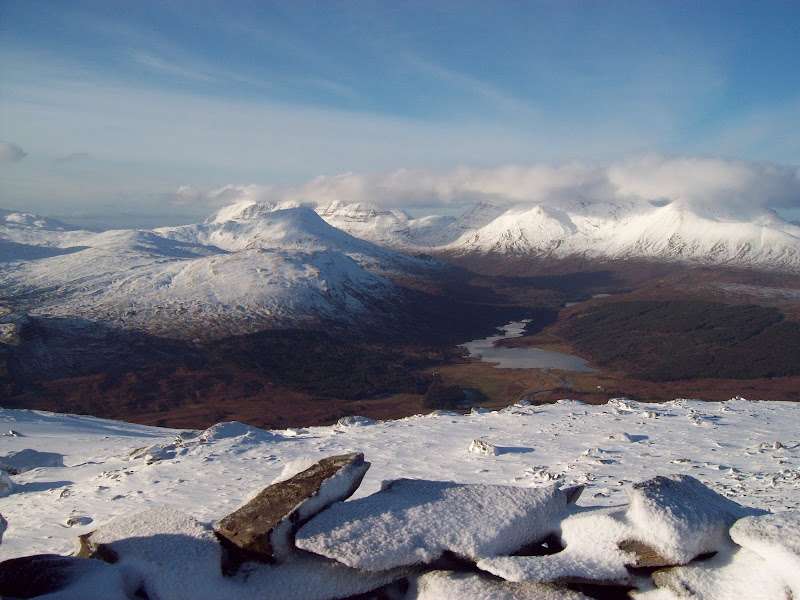 Slioch and a sliver of Loch Maree: 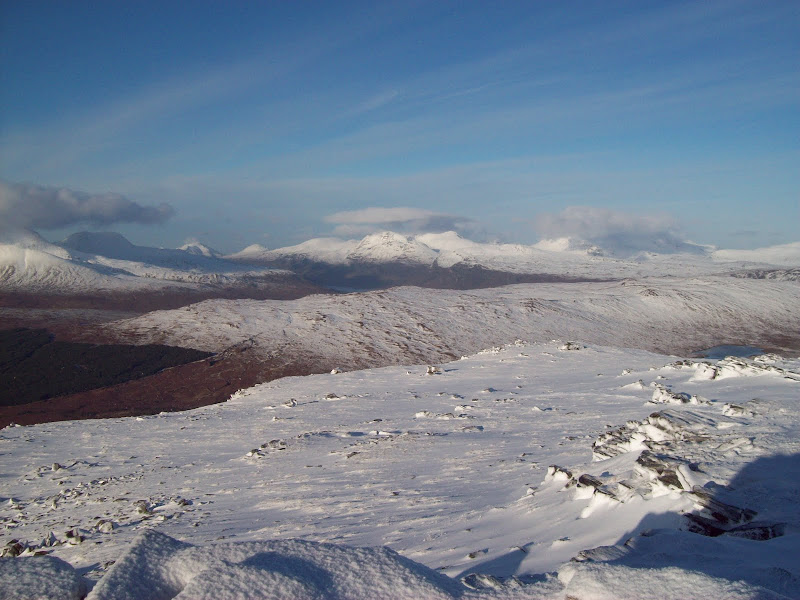 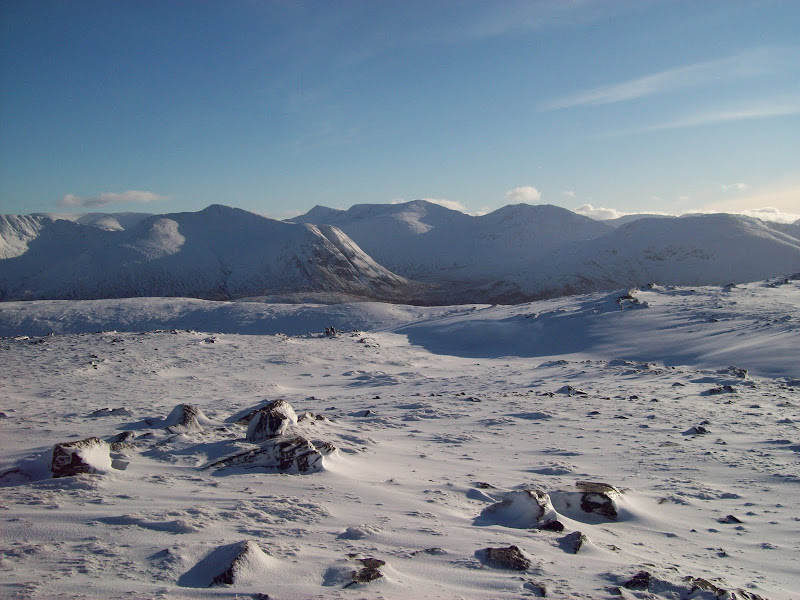 Any thoughts of descending over Coille Bhan to complete the circuit were abandoned, and I returned to the col and the head of the stalker's path. this was very vague higher up, and didn't make the going much easier until much lower down.

A satisfying but surprisingly hard going walk, given the modest distance and ascent. These hills took me longer than the Moruisg and Sgurr nan Ceannaichean across the glen to the south, although the snow probably contributed somewhat to that!

And some great wintry shots.

We did climb Coille Bhan to do most of the loop in September (but dropped back into the glen rather than use the firebreak).

The high loop was a great walk.

Always had these pencilled in as winter hills - may go back.

Users browsing this forum: April Kilday, Falco2010, johninthehills, Ollie and me and 22 guests