A quick 2 day trip up to Scotland to bag a few Munros. I drove up in the morning, had lunch in Comrie, and arrived at the car park, a few miles up a single track road, at about 2 pm.

Ben Chonzie (pronounced 'Honzie' as I found out) isn't a very difficult ascent. A vehicle track goes most of the way to the top (although at one point a bunch of cows was parked on the track and I went up on the hillside to avoid them. Then it's a short climb up a grassy path and a stroll across the summit plateau to the top
.It was cold and windy on the summit. I wished I'd brought some gloves. 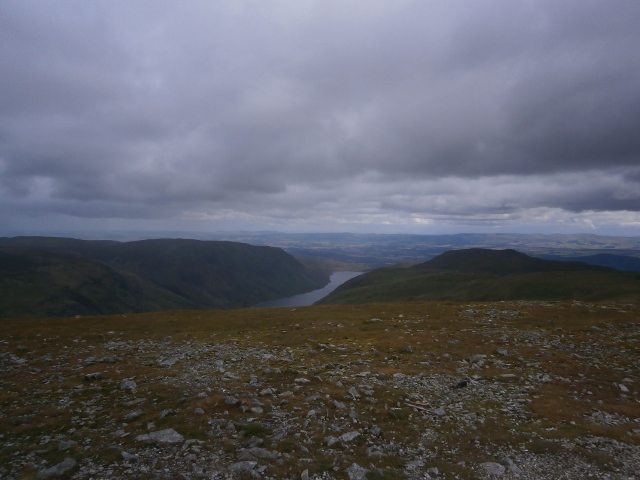 I then went and stayed in a B&B near Crieff before climbing Ben Lawers and three others the next day.