Bank Holiday weekend was to be spent fishing in Galloway on the shores of Loch Ken so it seemed a no brainer to include a short walk on the Saturday before settling down on the bank.

I arrived at the Car Park at the Green Well of Scotland to find the place deserted having previously been worried about a lack of car parking space!

From here I followed a good vehicle track through several gates alongside the very pleasant Water of Deugh, slowly gaining height with the foothills of Cairsphairn (Willieanna and Dunool) clearly in view. Eventually I had to leave the track and head up the pathless slopes of Willieanna from which I then frustratingly lost height before tackling the steep walk up Dunool (you could avoid Willieanna by staying on the vehicle track longer and climbing Dunool direct from it). 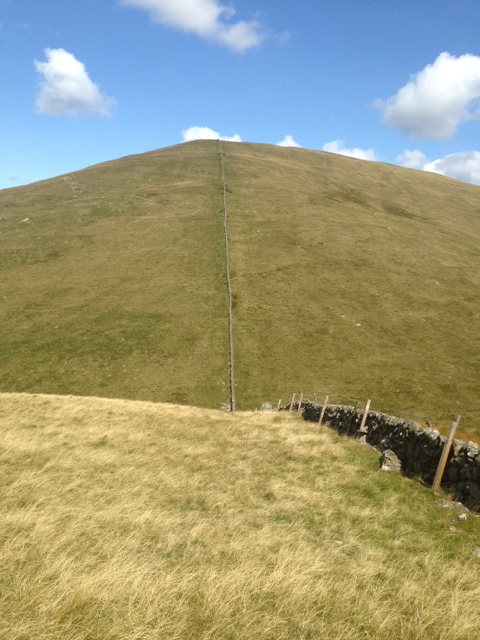 From the summit cairn I followed the wall and faint path as it bended it's way round and up to Black Shoulder before making for the summit of Cairnsmore of Cairsphairn - crowned by a big cairn and a Trig Point. There were excellent views from here over towards Criffel in the South, the Moffat fells in the East, distant Arran towards the North and most impressively the Rhinns of Kells (backed by the Awful Hand) in the West. It's a quick and easy descent from the top alongside another wall and I crossed a stream before meeting some boggier ground and eventually rejoining the vehicle track I had used at the start of the walk to get back to the car. Cross this bridge over the stream on the way down Nearly back at the Green Well

A nice short walk in a lovely area of the UK.

Nice report and photographs. Must make the effort to get down that way at some point.
Dave

Users browsing this forum: Domhnall, past my sell by date and 96 guests