Buachaille Etive Beag.gpx Open full screen  NB: Walkhighlands is not responsible for the accuracy of gpx files in users posts
So, the first day of my 2014 munro bagging holiday. Starting with the Wee Bookil, which would be a nice and easy one. Last year I had planned to combine the Wee Bookil with its bigger brother, but it was such a lovely day then and the views were more than stunning, so I happily spent the day just doing the Big Bookil.

Today promised to be an equally glorious day. Sun, blue skies, hardly any wind. I had just dropped off two walkers at the start point for the Aonach Eagach and was now scouting for the right car park for my walk. Glen Coe always throws up a challenge with this: too much distraction because it is so beautiful. Nevertheless got to the correct car park in one go and whilst booting up I had a chat with two guys who had been camping and were on their way to a diving trip. They asked what I was up to and when I said ‘the Wee Bookil’ they asked ‘which one is that?’. So I did the vague pointing gesture, which I normally save for hills which names I struggle to pronounce and felt a bit silly….
The path which leads up Lairig Eilde is in excellent condition. And after the fork it continues in equally good nick up Mam Buidhe. 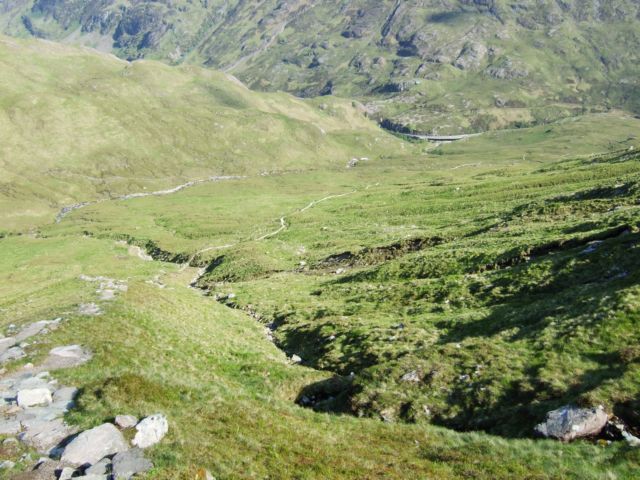 Looking back along the excellent path

With hardly any effort I reached the bealach. The views from there were stunning, and I wasn’t even on a summit yet. The hills to the west had still a lot of snow on them and they were looking very fine. It took only a short while to the summit of Stob Coire Raineach. Its outlook on Rannoch Moor, the Mamores, Aonach Eagach and of course the Big Bookil was captivating. What a great hill to start my holiday on! 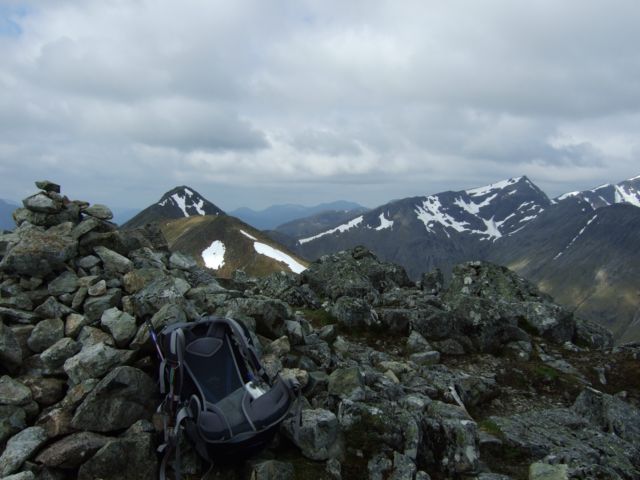 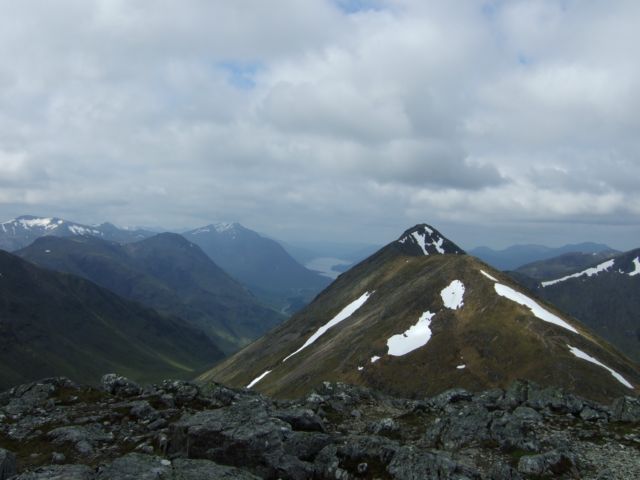 For the descent I initially strayed off a little too far to the right and found the path very loose with lots of scree. It’s best to keep to the left of the ridge, unless of course you like the loose stuff.
There was a big snow field on the ridge up to the 902m top. Luckily there were people ahead of me. I stopped to see which route they would choose. Some went up on the snow, others bypassed it. Good, at least there was an alternative. I decided to give it a go. The snow was still hard but not icy. The slope was too steep for just walking, which necessitated kicking steps using my hands for balance. Every time I looked up to find the best route, my rucksack pushed my head back down again. This was going to take a long while! So in the end I gave up and made a glissade down, which was fun. With tingling fingers and a wet bum I then bypassed the snow field. 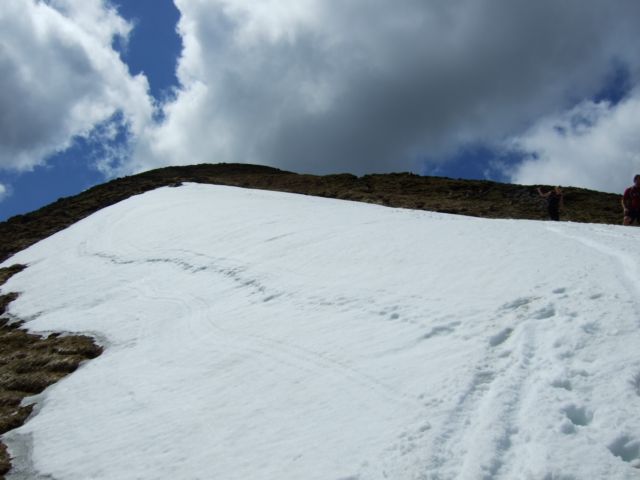 Then it was an easy walk to Stob Dubh. The views, the views! Dare I say they are better from the Wee Bookil than from the Big Bookil? Closer to Stob Coire Sgreamhach and Bidean nam Bian, the Aonach Eagach, a better view down Glen Etive. 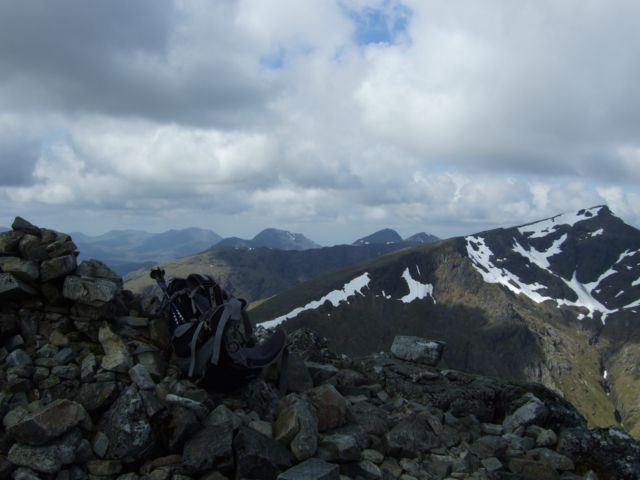 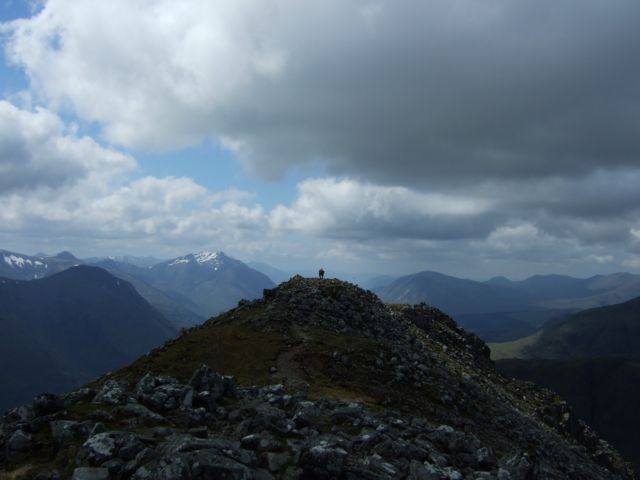 In the mean time it was getting busy at the summit. Three separate lots of people were coming up. I had a chat with them on my way down. To my big surprise back at the bealach Mam Buidhe I met the two guys from the car park again! Their diving trip would be tomorrow. I had a long chat with them and then started on the final descent along the excellent path. Did I mention it is excellent?!

This descent was the nemesis of my twist-lock walking poles (bought in 2004). Last year the upper locks had stopped working, and I had muddled along with just the lower part fully extended. Now even the lower locks failed. Definitely time for a replacement, which I got in Fort William after the walk: a pair of speed locks. VERY happy with them!

Once back in the car park I had a look at the igloo like structure across the road. Anyone know what it is? Stone iglo on the other side of the road

What a great start to my holiday. This hill has got an extremely good reward-effort ratio. I love it!
Buachaille Etive Beag, I salute you. I know I raved about the views from your brother last year, but your views from Stob Dubh are bigger and better!