I`ll start with, where has the summer gone ?? This should have been done weeks/months ago

Well this was meant to be a trip to Orkney but because of various issues it meant that I was to go myself where ever I wanted. So it was decided that I was going to do something that I first fancied almost 30 years ago

while backpacking around the North and N/West coast

. That being climbing some of those hills that I saw when I was nowt but a lad

As Usual it all started very early in the morning (430 as it happens) as I just prefer this time of day and it also lets me get well away from the main traffic before it all gets a bit mad on the roads. So before I knew it I was in Dingwall at 710am looking for tescos to get my rations of Jelly Snakes (cos I forgot them) so 15 mins or so later after a bit of a wander around and a chat with a very lost looking member of staff I had my snakes

and I was off on the next leg of the journey and an hour later I was at Bonar Bridge and how nice was it looking in the early light! 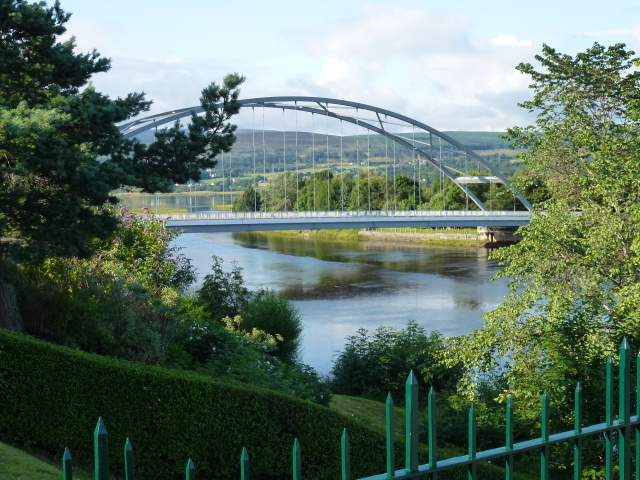 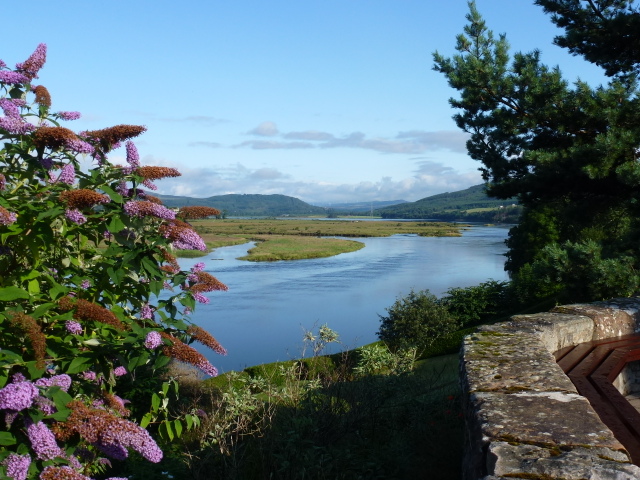 Further along the road and it was Loch Shin and the very odd wee hoosie on the island, 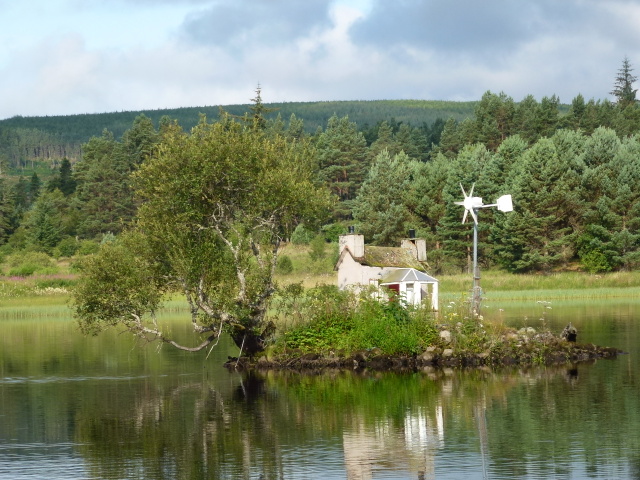 does anyone know the story behind it ? Onwards again and before long I was passing Klibreck and dreaming about the fantastic couple of days I had up there earlier in the year, a bit farther and Tongue was in sight 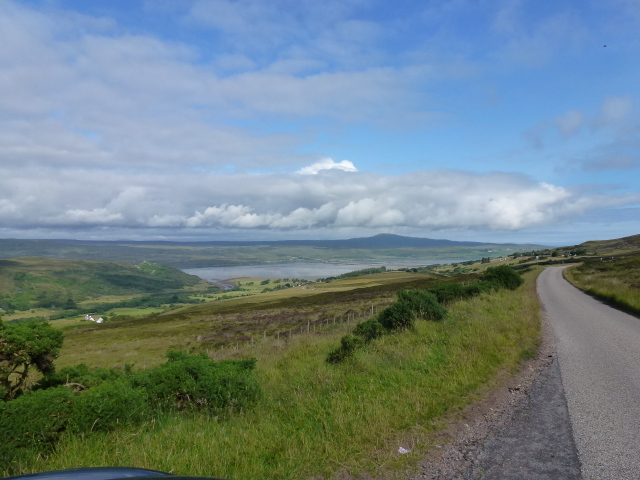 and I think its one o many fantastic views on this road. 15mins later I was at the first of many planned hills for this few days away, after a wee false start I eventually found the start of this walk and it was looking good, if a wee bit cloudy. 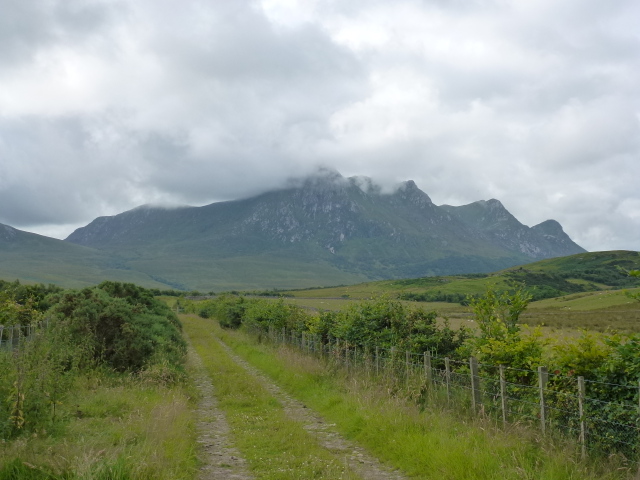 Not looking so good 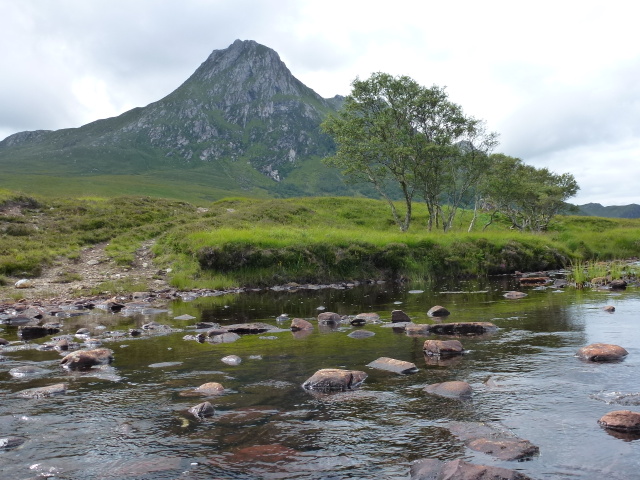 The forecast was cloudy at times but to clear later, so all looked good. The walk in was pretty good, if a bit longer than I expected but there was plenty to look at and of course take photies off

but it wasn't to last

as the clag soon came in 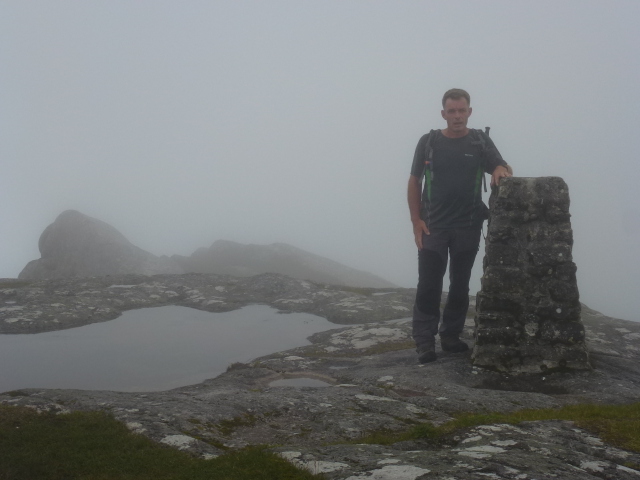 and as usual it was more or less there all the time I was, 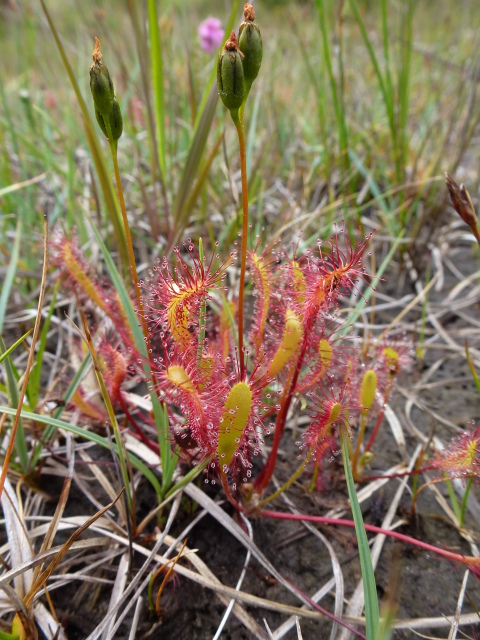 at least till I got almost back to the car 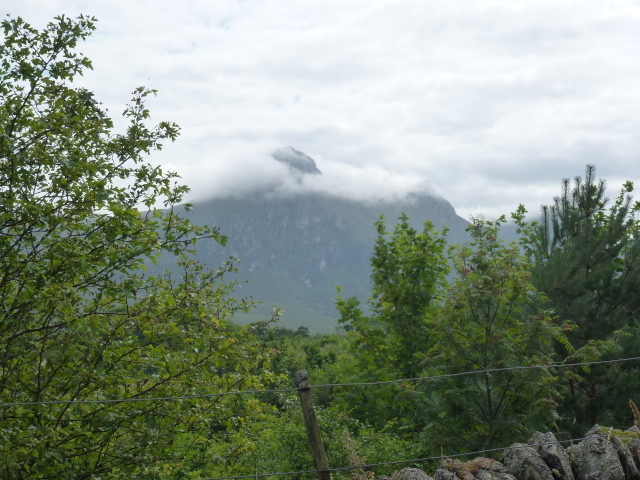 . So that was that, just short of 5hrs which was fine 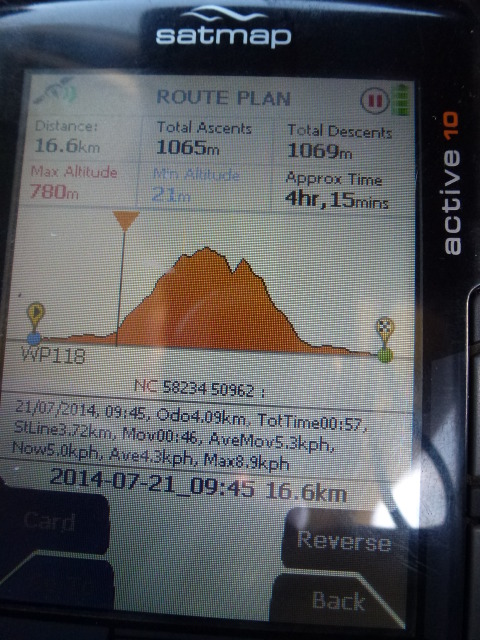 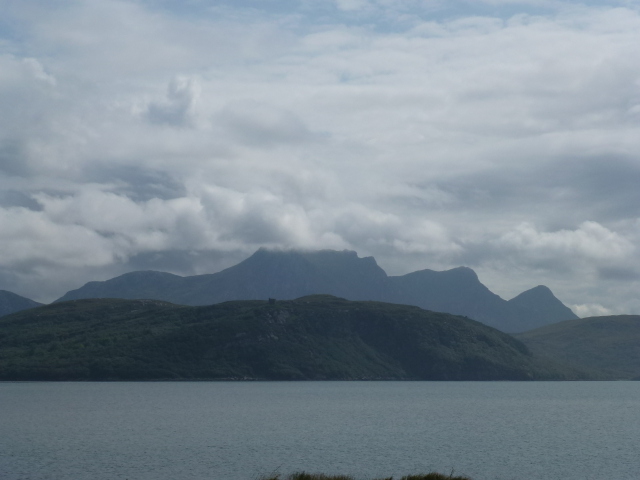 ? Off I went and after a few photo stops I duly arrived at Oldshore More beach

which is the start of the walk to Sandwood bay, but as it had been such a long day so far I opted not to go to Sandwood as I pooped, and it had been suggested to me before I went that Oldshore More Beach would be just about as nice but without the crowds

and it sure was. After a wee nap and a cup of tea I set off on my wee adventure of this fantastic beach

which was superb, what with the wild flowers, 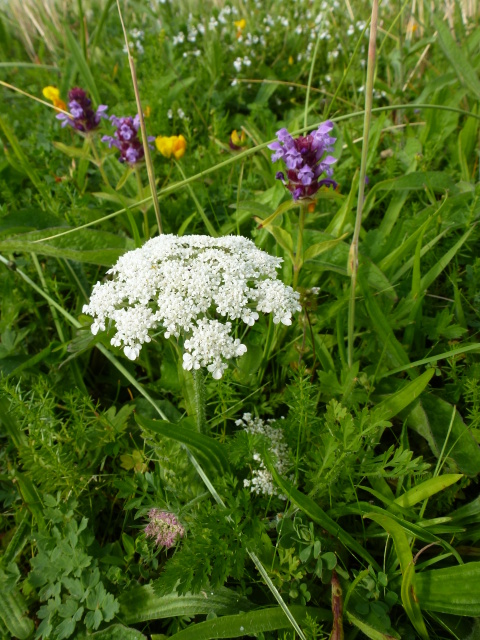 Flowers in the meadow 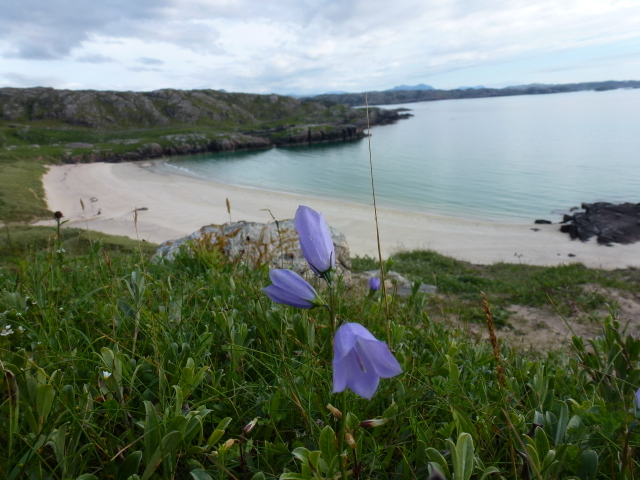 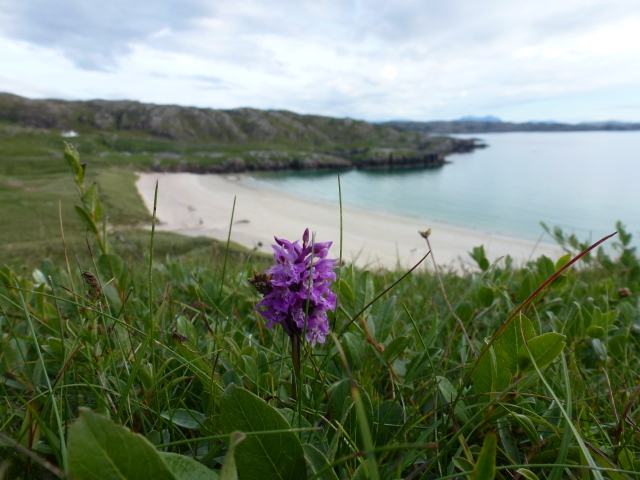 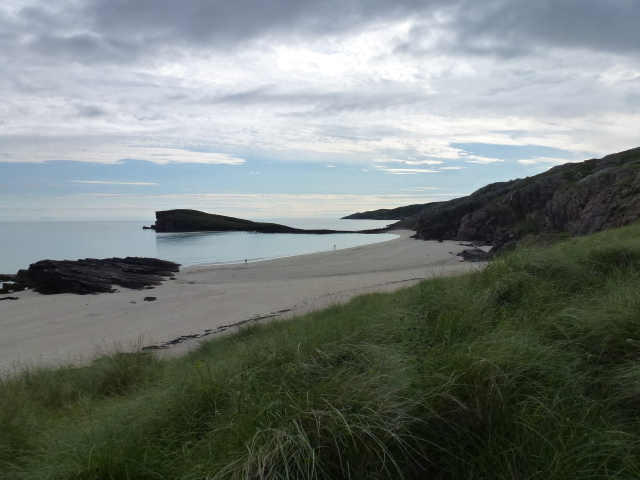 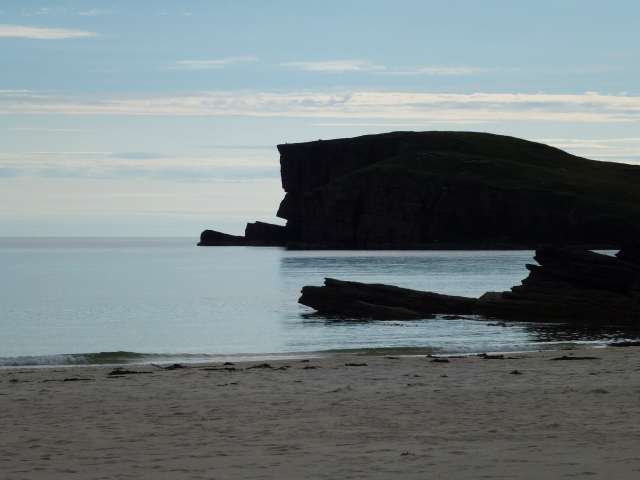 and of course clear blue skies by this time ( as the forecast predicted). After an hour or two here it was time to set of for my planned camp site at Scourie . So after a shower and a wee sleep till things cooled down, it was time to eat and have a well deserved couple of pints and the obligatory beach walk at sunset 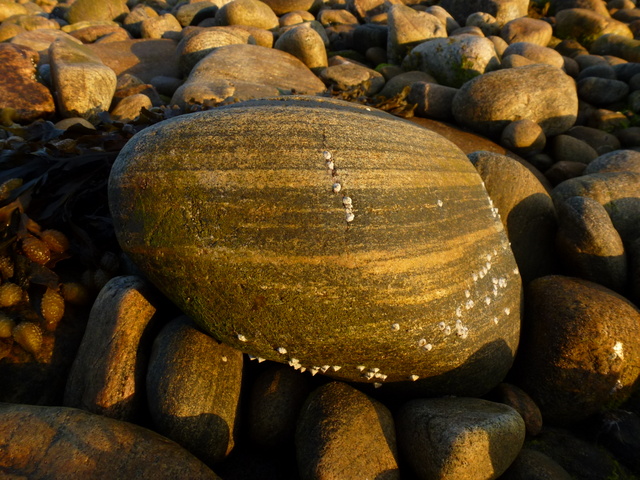 , which was simply gorgeous 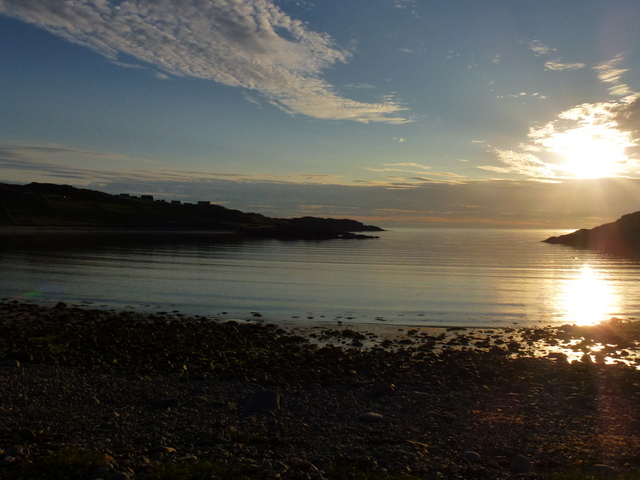 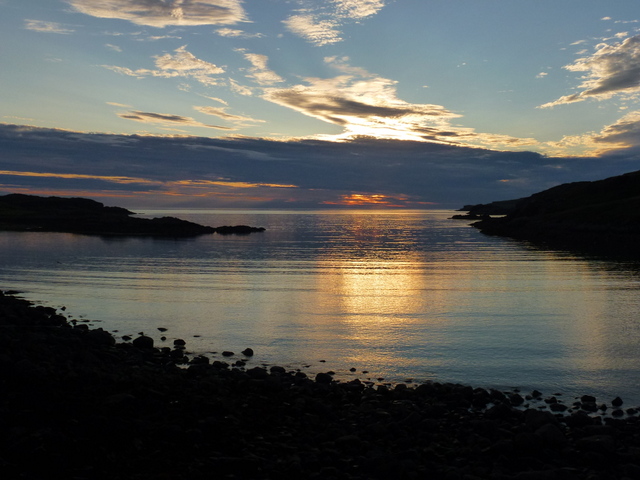 Some lovely pics there tall-story. Looks like a great wee trip. Never been up that far North

Hows the new pup coming along?

Wow! Lovely pictures there Tall Story. The flowers are gorgeous as is that beach!

Shame about the cloud on the summit - you don't look very impressed!

I've yet to venture up there.... canna wait!

Beaner001 the pup is coming on just fine, she is a bit nutty as you would expect but that should all calm down soon

?? Well maybe. Jura is the reason I haven't been out on the hills much this year

but that should all change fairly soon

and by jings you are fairly getting through the hills

Hey, good luck for the final one!

That looked like a lovely day, apart from the mist on the hill. Must visit Oldshore More beach when I’m up north. It looks fabulous

It has now occurred to me that perhaps you don’t want to compleat…. Enjoy the hills!

Silverhill, yes I think you might be correct, its a case of I don't want the fantastic adventure that it has been to end

Then what will I do ?? Corbetts Maybe ?

you and me both Tallstory in not wanting it to end. Great pics, been up there this week for work, Ben Loyal is a stunning mountain, which I have yet to do, but it's on my list

tall-story wrote:Silverhill, yes I think you might be correct, its a case of I don't want the fantastic adventure that it has been to end

Then what will I do ?? Corbetts Maybe ?

Haha, i've been looking at your Munro map and been thinking the same as Silverhill for a while now mate, hope they upgrade an mountain or two in the next few years