our_route.gpx Open full screen  NB: Walkhighlands is not responsible for the accuracy of gpx files in users posts
The day before the referendum vote, Avocetboy was travelling North for "work" and had indicated his intention to stop by Tinto on route. I checked my diary and was due to be working in Motherwell that day so, invited myself to join him

When the day arrived, AB reported that conditions were quite misty and hazy on the road up and, a quick look out of the window at Motherwell confirmed the same conditions so, it wasn't looking great but, it was dry and the cloud base was above the summit so, we were going ahead regardless.

The closer I got to Tinto the brighter it became, the drive through Lanark was ace, and AB later confirmed he'd experienced a similar improvement along the road North. We'd arranged to be at the Fallburn car park for 4pm and, when I arrived, AB was already there and raring to go. A quick change for me and we were on our way, under clear blue skies.

It's a while since I've been round these parts, having regularly fished this stretch of the Clyde and Cleuch/Lochlyoch dams many moons ago. It's a well-trodden wide track from the car park all the way to the top of the hill, with one or two very slight deviations along the way to cairns lower down. 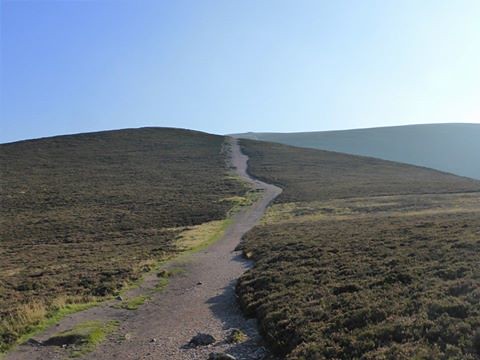 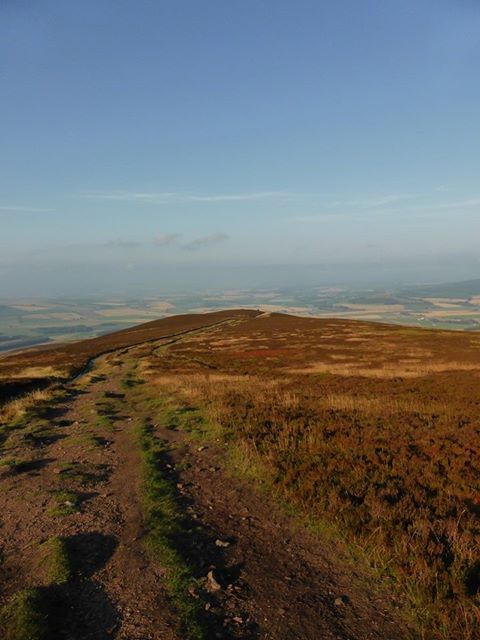 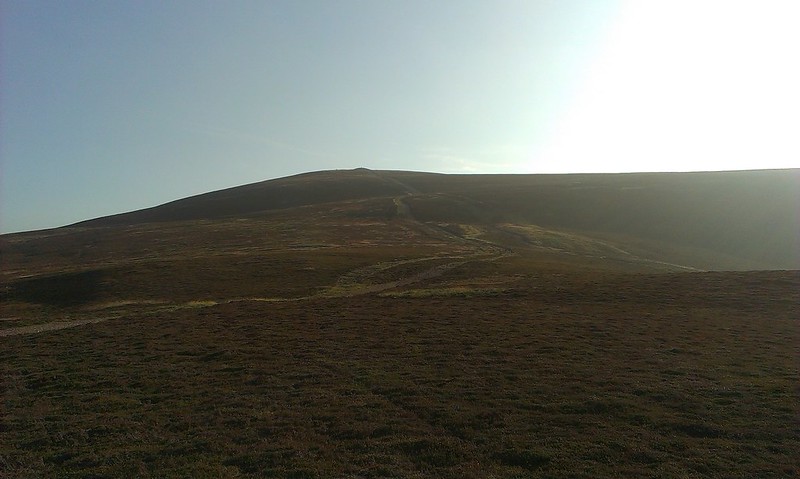 We opted to ignore these and took the most direct route to the top, with the intention of taking the dog-leg on the way back. The track becomes more bouldery the closer to the top we get. We'd encountered one chap in the car park who'd just returned and passed another on our way to the top. 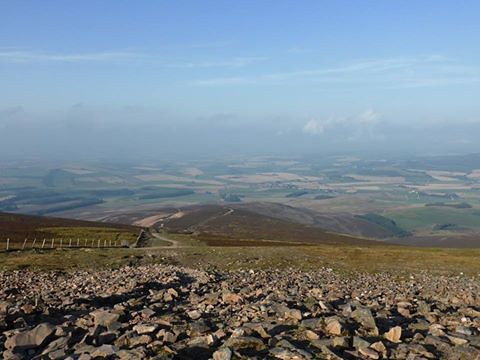 Despite t-shirts and shorts, it was warm work under the late afternoon sun, with a couple of steepish pulls upwards for good measure, and it was a mere 50 minutes from the car to the summit, where a couple were enjoying a picnic out of the breeze beneath the cairn, with views to savour. 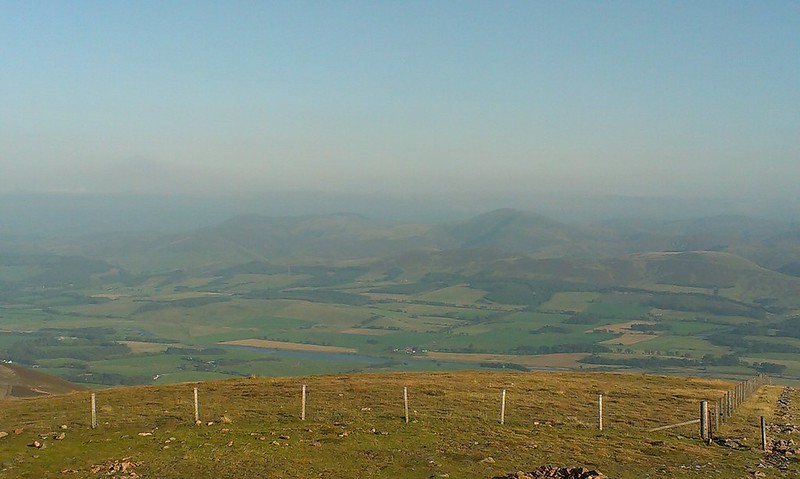 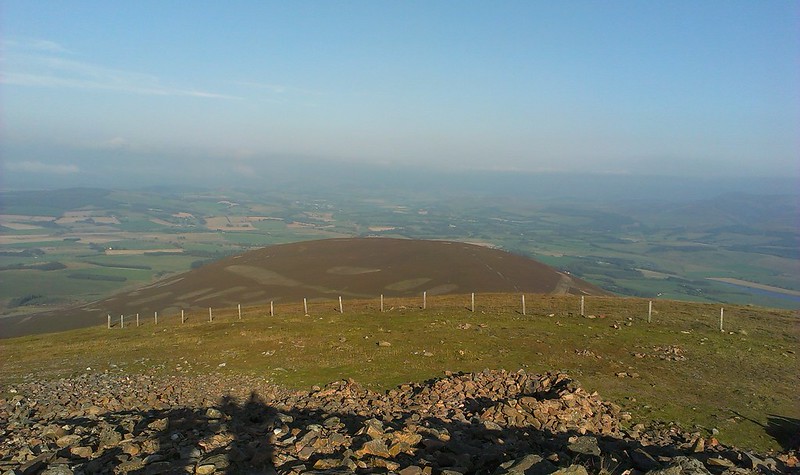 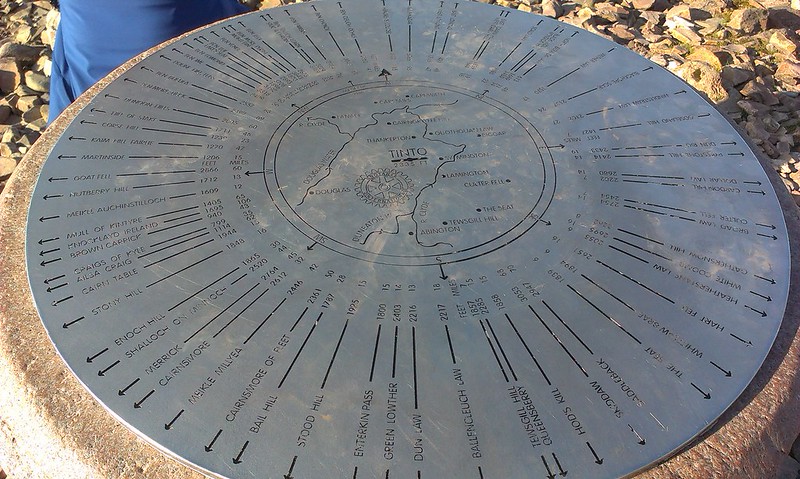 We hung around for a good 15 minutes to soak this up, feeling like we'd somehow contrived to arrange to be in the one place where the cloud was absent.

On an absolutely clear day, the views must be incredible as, even in the slight haze, the views to nearby and distant hills were pretty special (only the phone for pics today so, not really doing the views justice). 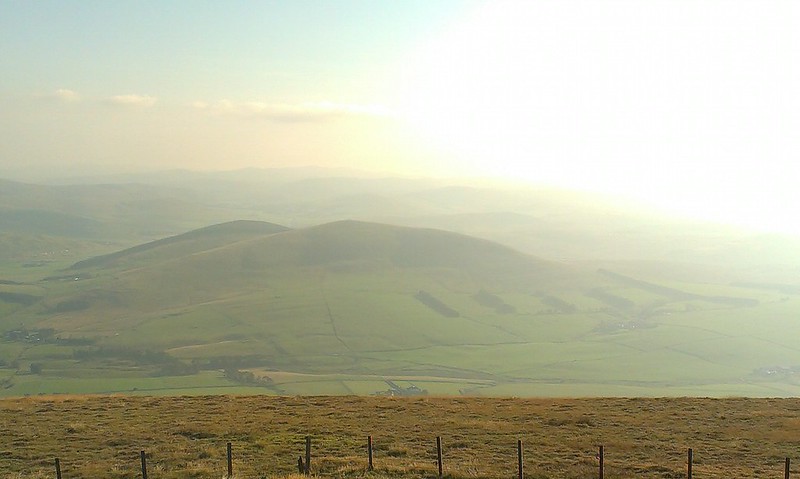 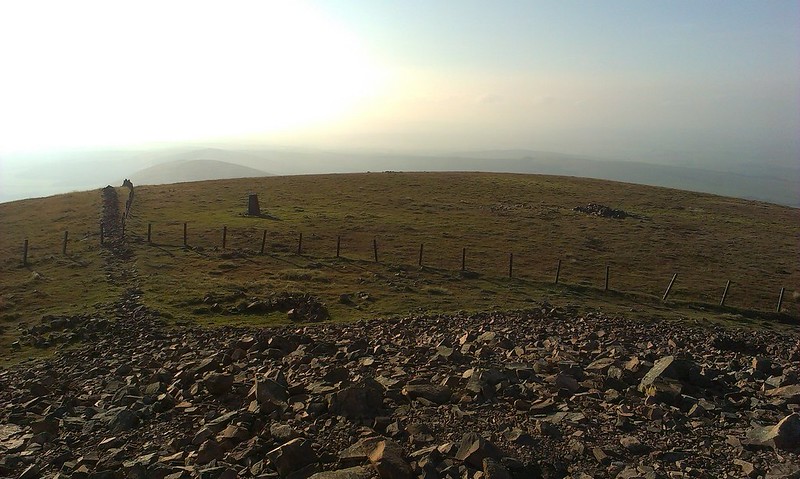 We decided to head off down the hill and did so at a much more leisurely pace. A number of people had obviously decided the conditions were perfect for a post-work wander up Tinto as we passed a couple of dozen folk along the way.

We somehow contrived to take longer to descend, most of that was down to chasing this chap around for a decent photo (luckily AB had a proper camera)... 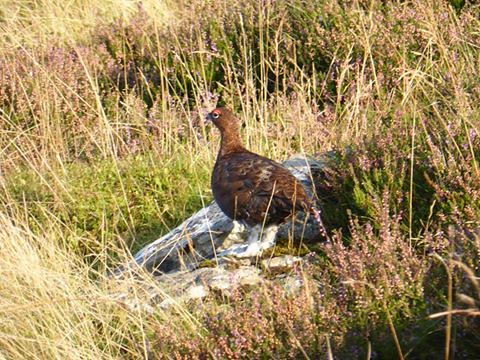 On return to the car park, we noticed the gates, bins, noticeboards had been flash-stickered by Yes campaigners (no doubt those carrying Saltires to the summit) ... 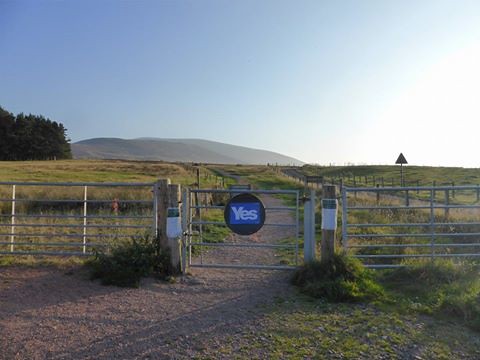 The Lone Ranger - an Englishman who went up a hill and came down a ... 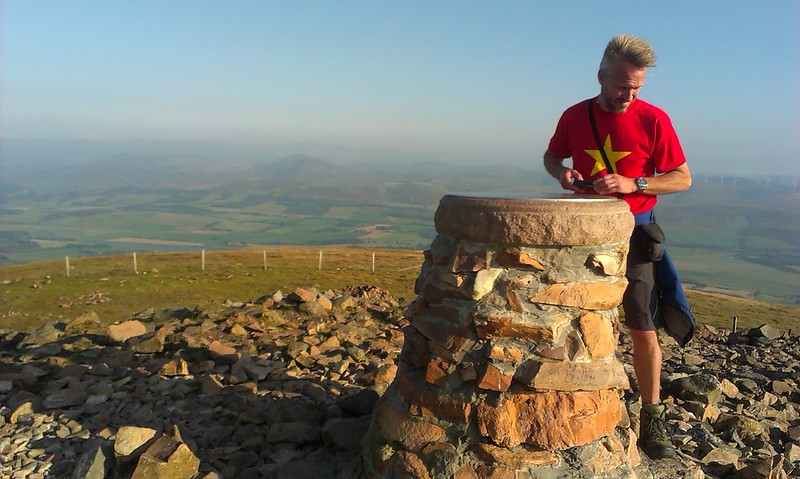 I know a few people who have climbed this hill and all swear the views are great - never seem to find myself in this part of Scotland to find out for myself.

Gordie12 wrote:I know a few people who have climbed this hill and all swear the views are great - never seem to find myself in this part of Scotland to find out for myself.

The views are grand right enough, was fair jealous of the couple having their picnic below the cairn (having taken nothing up, not even water, as knew it wouldn't take long) but, great spot to take it all in on a good day.

An excellent deviation from what is usually a long and laborious drive from Lincolnshire.

Tinto surpassed my expectations, and although hazy, your photos pretty much sum up the fantastic views.

Yet another photo of yet another wind blown hair style. I seem to be maintaining the eighties theme but have progressed from A Flock of Seagulls to King Kurt!!