First time posting a walk report here. I hope you all don't mind if I just copy 'n paste my entry from my blog.

I had planned to do this hike on Saturday, but after I got up early on Saturday morning and saw the weather I changed my mind and decided to wait until Sunday (which had a better forecast) So we got up early again on Sunday morning and started the drive north. I don't know if it was because it was a bank holiday weekend or because of the early hour, but the roads were nearly empty. It was great since we made good time getting up to Cruachan railway station.
We started walking around 9am reaching Cruachan Dam an hour later. The first section out from the road is quite steep and it's a good warm up for what lies ahead. 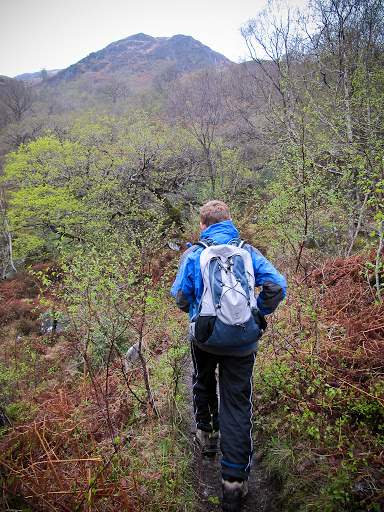 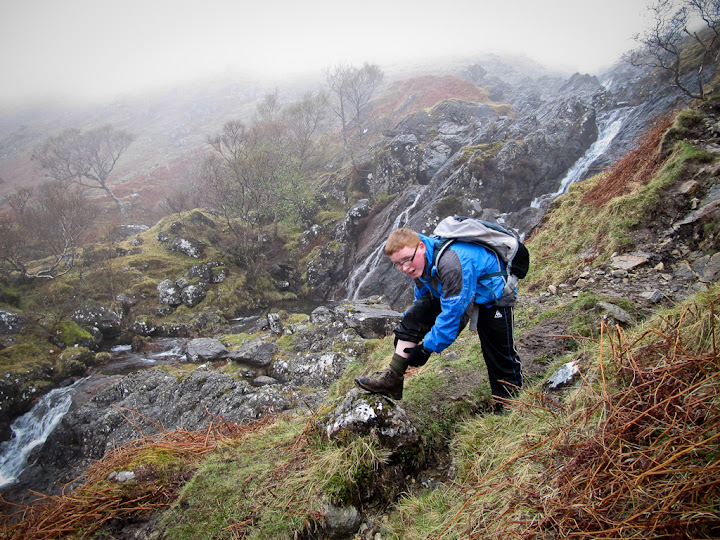 By the time we reached the dam we were well aware of how low the clouds were today.... we were walking in them! Kind of a bummer, as having read up on the hike beforehand I knew there were good views of the route ahead once you reached the reservoir. All we could see was grey, grey grey (I forgot to set my camera forward 1 hour that's why the times in the video don't match this post). However I had checked the forecast before leaving and this was as predicted, the clouds would clear by around 1pm too.

So we walked along the side of the reservoir and started the climb up Ben Cruachan. The clouds stayed with us all the way up. As we got closer to the summit the snow started coming down and was quite thick at some points. It was hard to tell since visibility was so poor, but it seemed like Ben Cruachan has a lot of blind summits. Every time we thought we were nearly there we caught a vague outline of another hump of mountain just behind the one we thought was the final one. 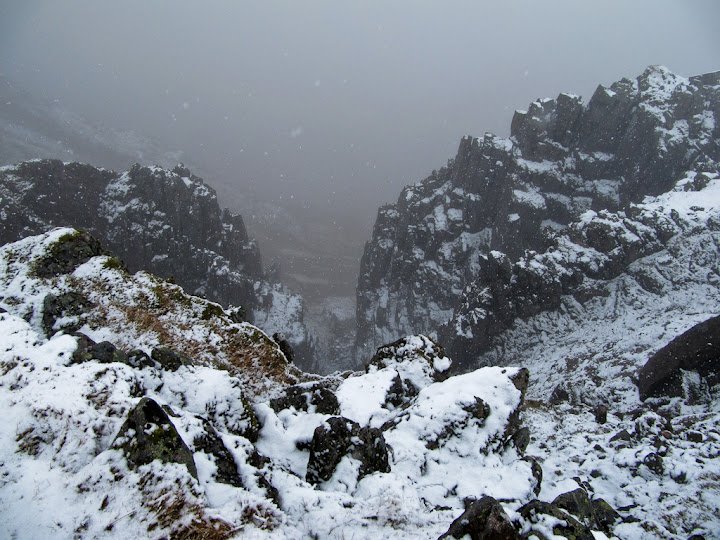 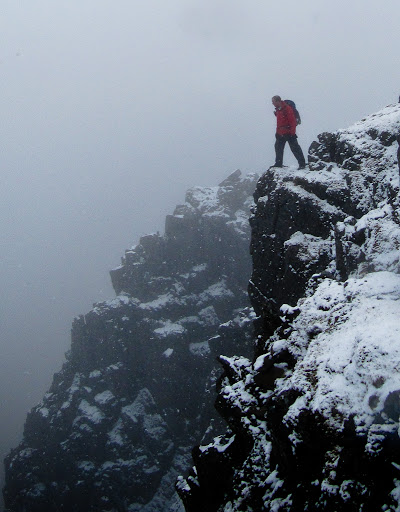 At 12:30 we made the summit. We were still amongst the clouds so there was no views to be had. Very depressing for me as it's one of the main reasons I do this. We had a quick bite to eat then cracked on with the remainder of the hike. 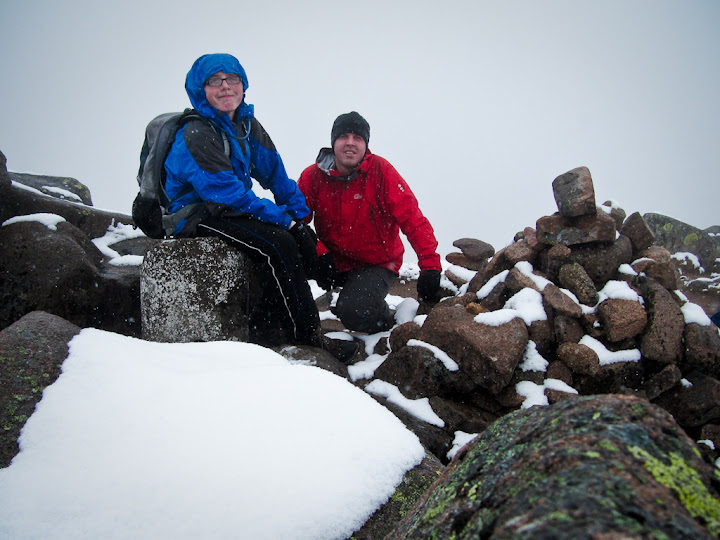 Once you've summited the Cruachan the rest of the route is a pure delight and fairly easy going, even the climb for bagging the 2nd munro Stob Diamh is easy which we made just before 3pm. Luckily for us and what really made the day special was that less than an hour after summiting Ben Cruachan the clouds suddenly lifted and we had spectacular views all round. It was great to look down and see Cruachan reservoir as a reference point for how far round the horse shoe we were. 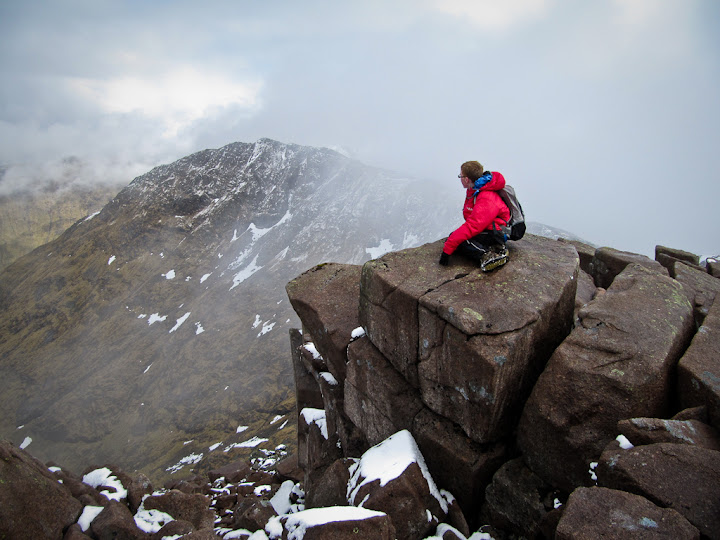 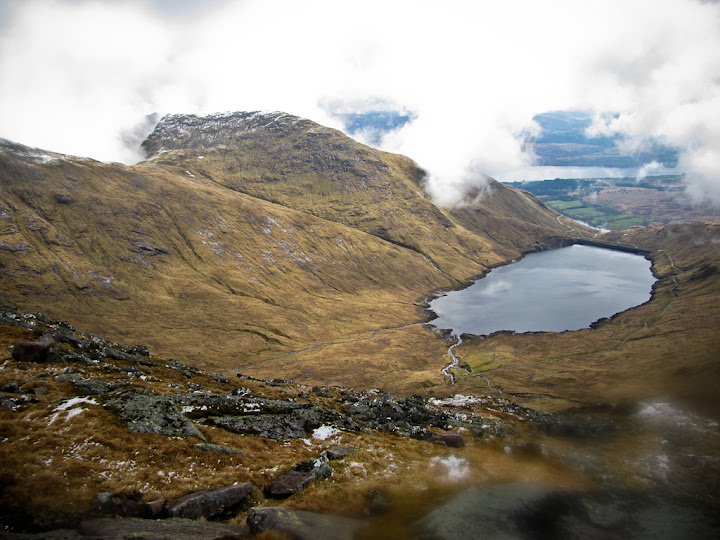 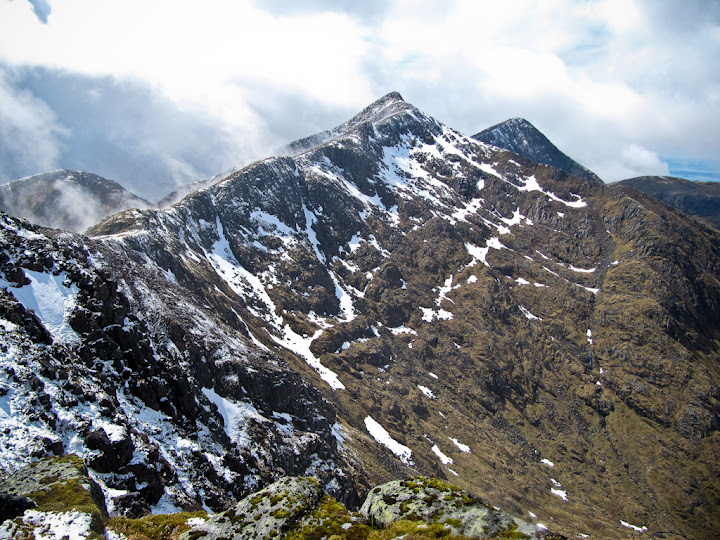 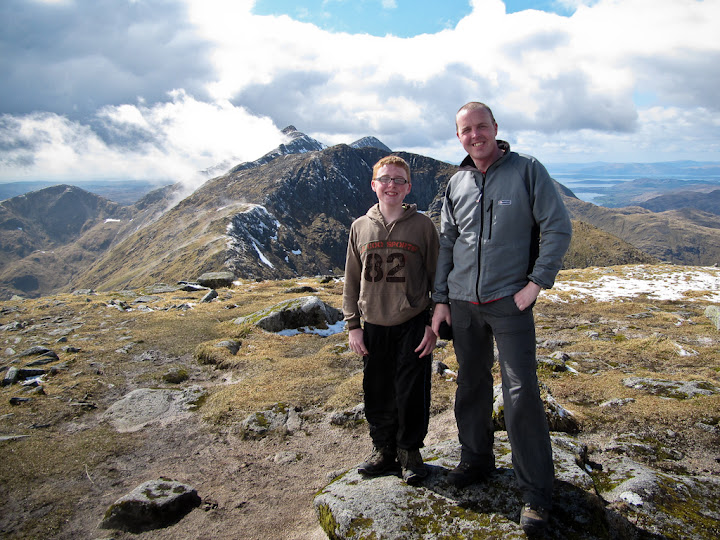 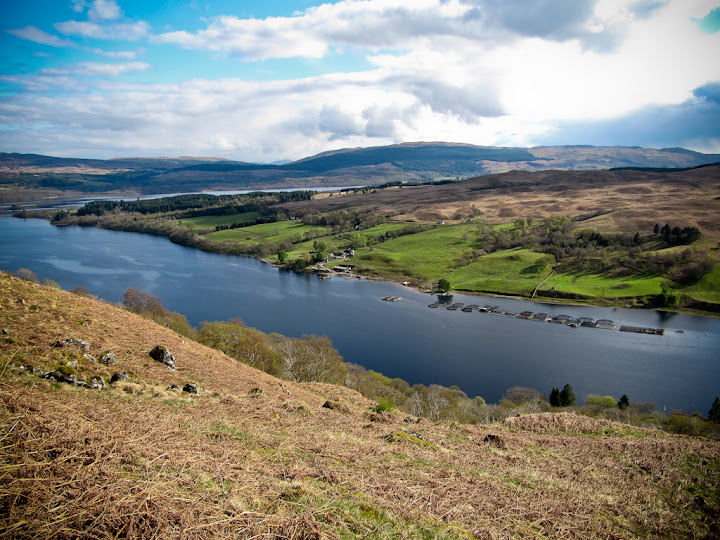 With the clouds lifting and the sun out it wasn't long before the air was warmer and by the time we were back down near the reservoir we were down to our t-shirts. It was just before 6pm when we finally arrived back at the car, then it was a quick drive home to make it back in time for Steak Pie dinner at my mums!

There are more photos at my Picasa Web albums and I made a YouTube video if you prefer that.

BenCruachan.gpx Open full screen  NB: Walkhighlands is not responsible for the accuracy of gpx files in users posts

Really enjoyed the very vibrant pics and the video, can't wait to do these two stunning hills.

Had been planning to be there on the same day, but we passed there about 8:15 and the cloud level was around 150-200m. As it didn't look as if it was going to shift, we headed further up the coast to Beinn Sgulaird instead where we watched the cloud and snow on Cruachan most of the day. We were more or less off the hill before we saw any sign of the cloud clearing apart from a brief spell around 12 or 1 o'clock. It was looking good by the time we passed it on the way back tho'.
Saving those ones for a good day!

Liked the video, looked like a nice day was had.
What editing software do you use, nifty transitions?

@Raymond - yeah you're exactly right it was quite chilly on the way up especially for the beginning of May, but that's Scotland for you I guess, once the clouds lifted it was a great day.

@Stretch - thanks, I'm sure you'll have a great time, it really is a fantastic route.

@Freewheelin - I know what you mean, by the time we reached the first summit I had resigned myself to the fact that we were going to be spending a day in the clouds. I was so happy when the blue sky started appearing.

@skuk007 - Thanks, we had a great time. I have a MacBook Pro so I use the default software that comes with it, iMovie. It's great for editing videos and is very simple and user-friendly.

Nice report there with some good pictures. Looks very rocky near the top with some great views