Bit of a tough walk for us this one. Bog-soaked feet for both Alice and David before we'd even started climbing. My feet were nice and dry in my Brashers until I went knee deep in a sneaky bog. Lovely. Alice takes it all in her stride

On the plus side, it was a gorgeous day weather-wise and others clearly were taking advantage of the clement weather and as a result we had to park several yards up the road in a layby rather then the suggested parking spot by the gates.

However we only came across one other walker; a lady with two spaniels and an adorable Border Collie Lots of rocky bits to climb over on our way to Beinn a Chaorainn but it all added to the flavour of the walk. 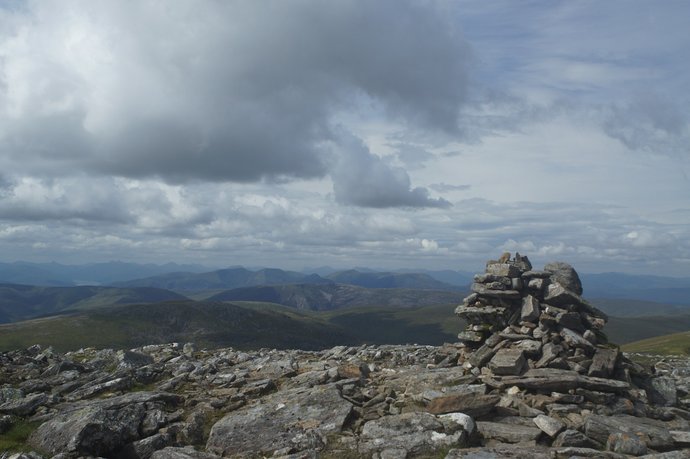 Top views from the summit and the broad ridge that followed was a delight. View back towards Beinn a Chaorainn from the broad ridge

Dropped down considerably after traversing lots of shin splitters followed by LOTS of bogs. Took a vote to determine which was worse; two votes for bogs and one for shin splitters. The ascent to Beinn Teallach was made harder by the fact that we ended up a little off-track and paid the price by engaging in more scrambling than we'd bargained for. Traversing the rocks on Beinn Teallach 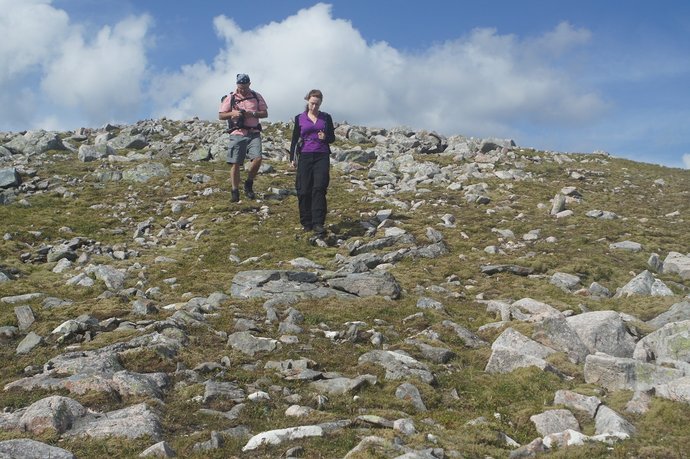 More rocks on the descent. Not so bad, these. Crossing the Allt a'Chaorainn ...and no-one fell in. Hoping to do these two again next week, thanks for posting. Hope we get the same weather as you did, overhead looks really nice, made up for the boggy bits surely!

A nice couple to bag, with the added bonus of arriving back at the car (well, almost for you), without having to retrace your steps. I absolutely love the view back to the Loch Treig munros!