. Among other things last night, I had decided to join Stevie and Ruth for a traverse of Glas Bheinn, returning back to the hostel at Inchnadamph. Fiona, Ailsa , Anna and Beverly also came along, although Beverly had her eye on the old road back to Inchnadamph rather than the hill. I drove one of the cars up to the starting point as I had ideas of coming back down the short way and getting home early.

Glas Bheinn.gpx Open full screen  NB: Walkhighlands is not responsible for the accuracy of gpx files in users posts 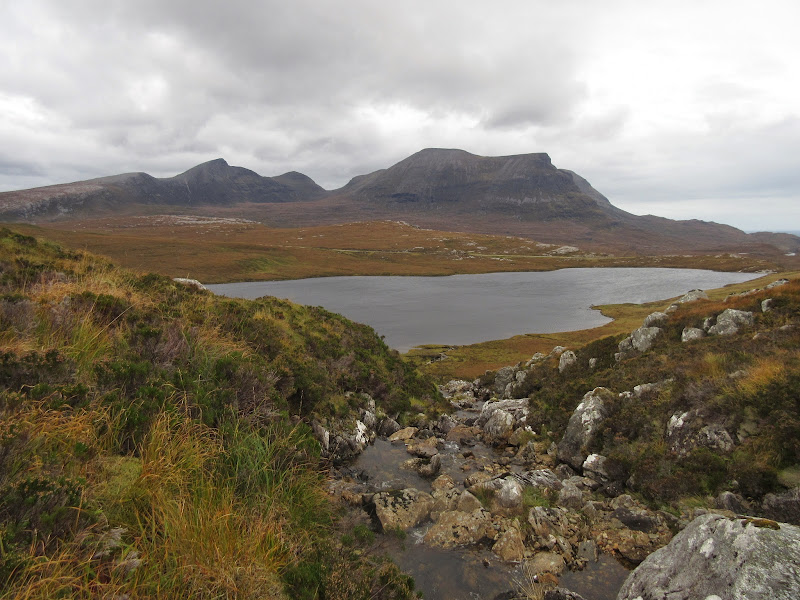 We followed a good (but slightly wet) path down to and around Loch na Gainmhich before picking up another path up to the higher Loch Bhealaich a' Bhuirich. Beverly had left us by now, and Ailsa followed soon after, possibly also suffering a bit from Saturday night... 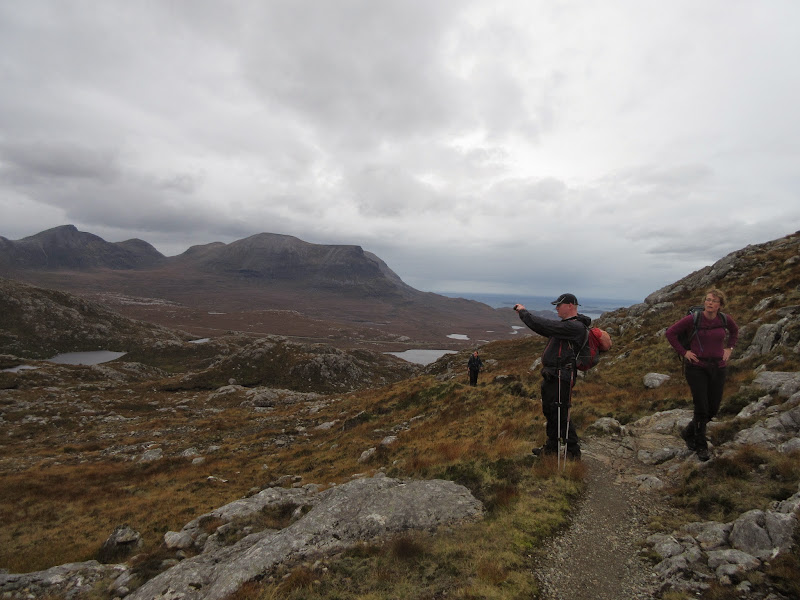 While I tend to think of Ghlas Bheinn as one of the less impressive of the Assynt hills, it has lots going for it. Great views of the surrounding favourites, impressive crags, multiple lochans cradled at different levels, and an enjoyable NE ridge which we now went up. On my last visit, I had made a quick dash from the high point of the road in hail showers, and had been away from the car for little more than 90 minutes. This approach was much better! 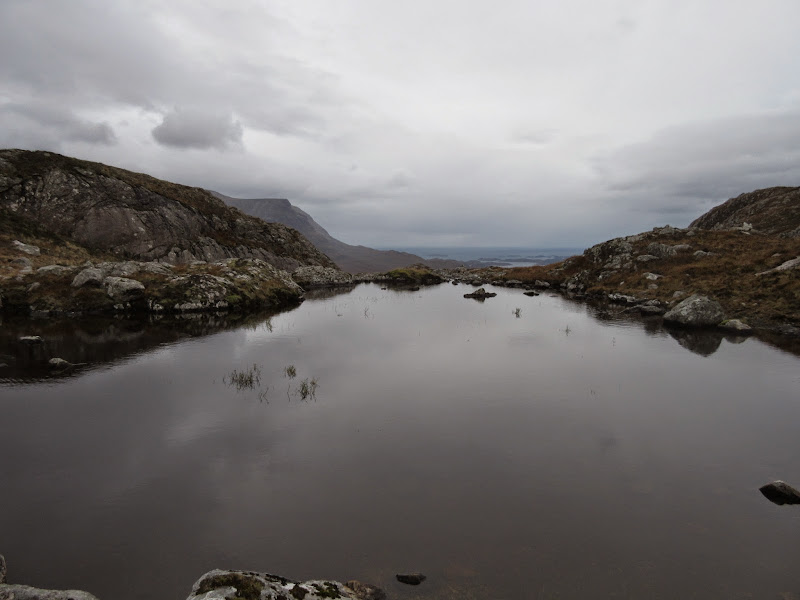 Looking back to Loch na Gainmhich from the NE ridge: 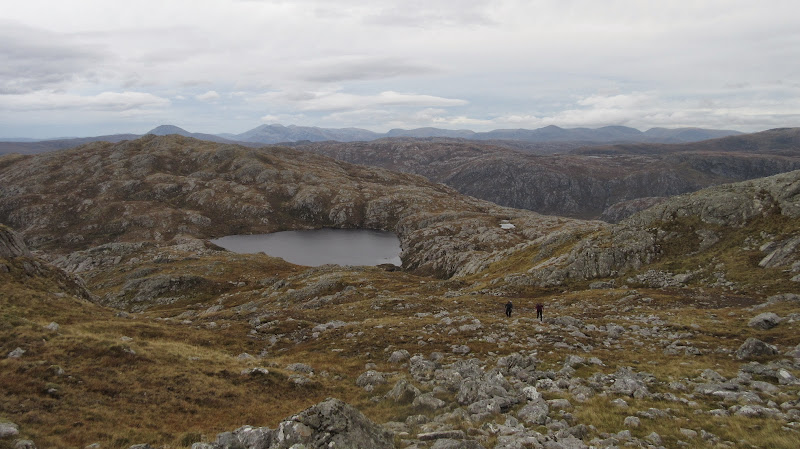 We could see across to the deep gash of Glen Beag where the waterfall of Eas a' Chuil Aluinn lay out of sight. Some excitingly rocky territory on there that would make interesting exploring. 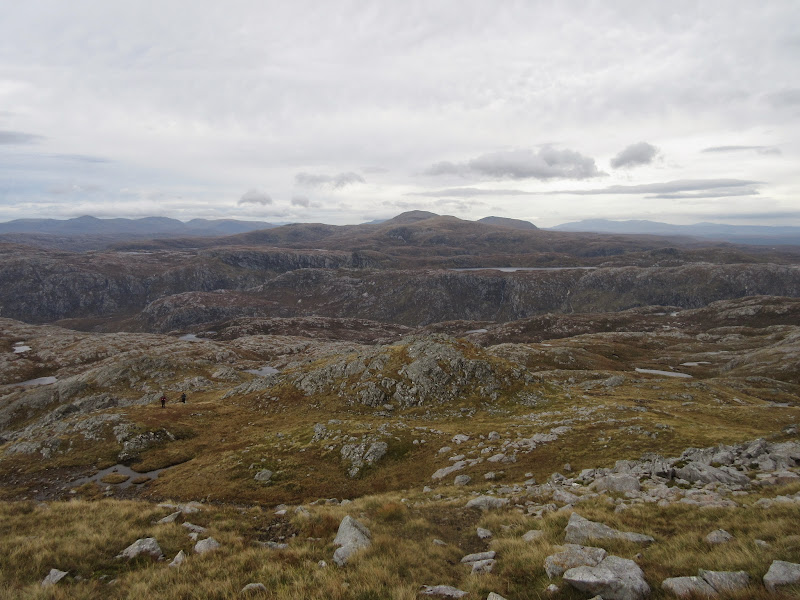 It was pretty breezy at the summit, but not as bad as it had seemed lower down, so we had lunch there. We spotted the guy who ran the hotel walking towards us with his dog, but he didn't seem inclined to have company, and turned back before the summit cairn. Apparently he is up here quite frequently. 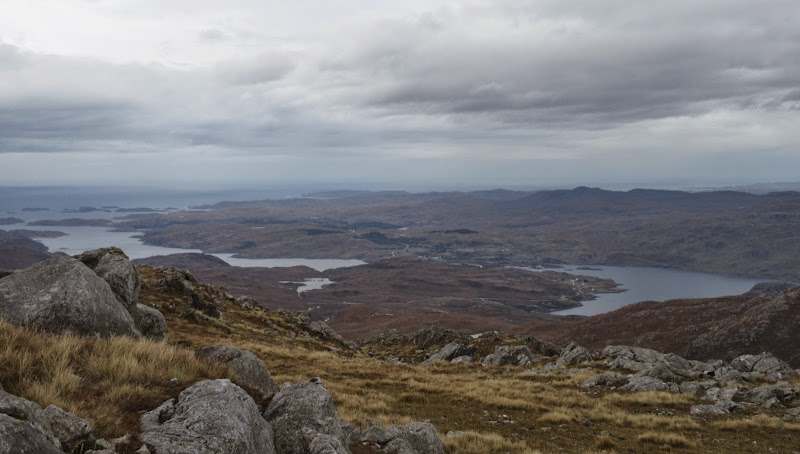 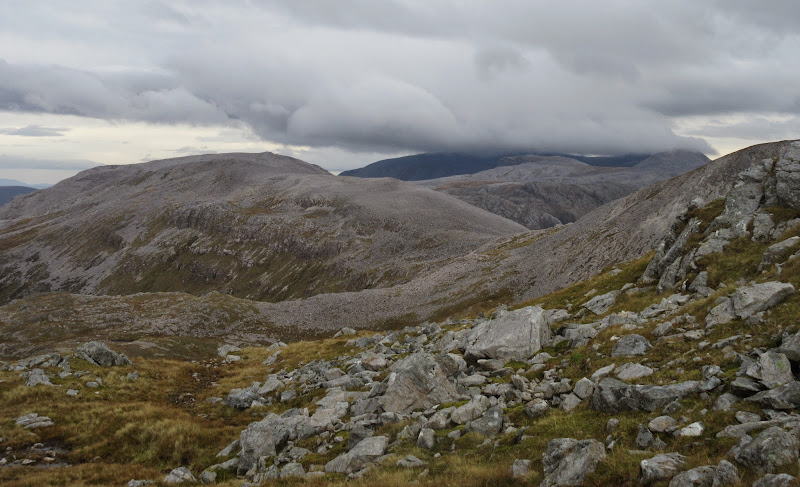 Canisp and Suilven from the summit: 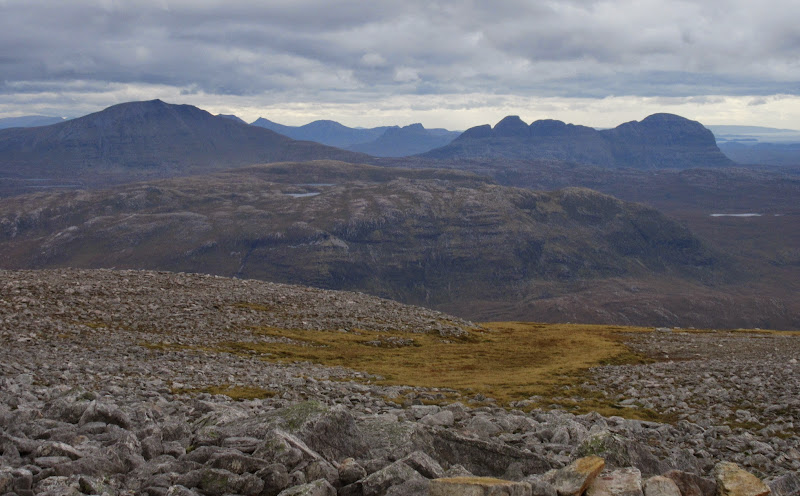 I had made my mind up to head back to the car at this point. Anna was undecided, but when she heard I was going home via the Lochinver pie shop, she made up her mind to do the same pretty quickly

. We said goodbye to the rest of the group and headed off towards the NW ridge. This was steep and rocky in places, and we dropped into the corrie before reaching the steepest part at the nose. 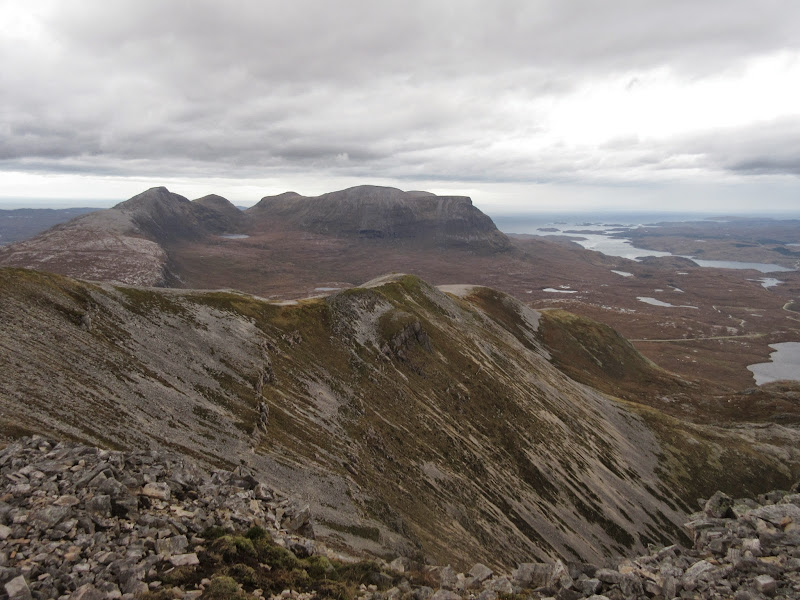 Summit of Glas Bheinn from the NW ridge: 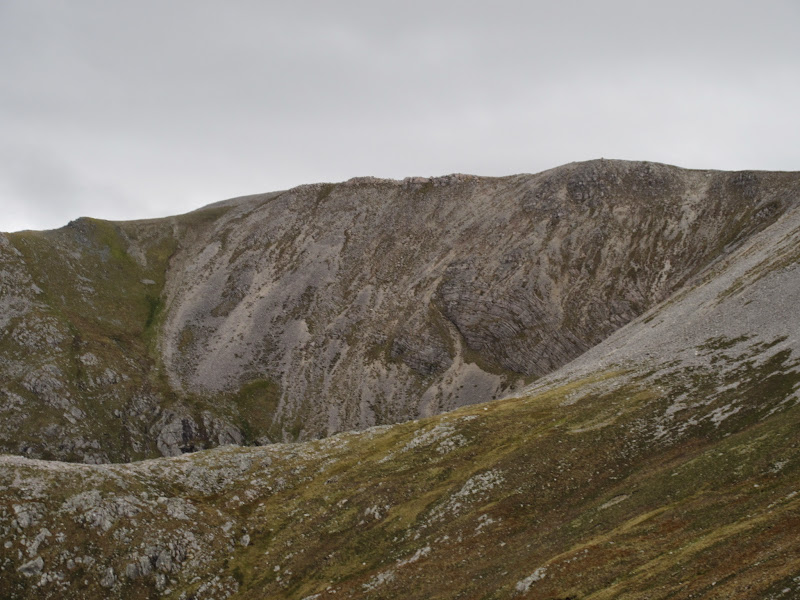 We ended up following a boggy and pathless route down the lower corrie back to the path we had started on. I don't know whether this was better or worse than sticking to the ridge. However, any feelings of illness had gone by this point

. Glad to have revisited this hill. I'd go back again for a look at the Stack of Glencoul and the waterfalls. The only downer was that the pie shop wasn't open on Sundays - luckily it hadn't been too far out of the way.

Looks like a great hill, Malky. I haven't ventured north yet but it looks very exciting up there.