Munros One Hundred and Twenty Five to Twenty Eight

Munros One Hundred and Twenty Five to Twenty Eight


7th. August, 2014:
Day seven of a trip for a group of eight school lads learning how to trek through the hills and, having given them an easy night at the Alltbeith hostel in Glen Affric, we were off at around 7.00.am. to visit the Munros to the north.

our_route.gpx Open full screen  NB: Walkhighlands is not responsible for the accuracy of gpx files in users posts
The main party was headed for the conventional circuit of three Munros but, given that they were pretty self contained and I had long wanted to visit the top of Beinn Fhionnlaidh, I was able to have the day to myself - brilliant! 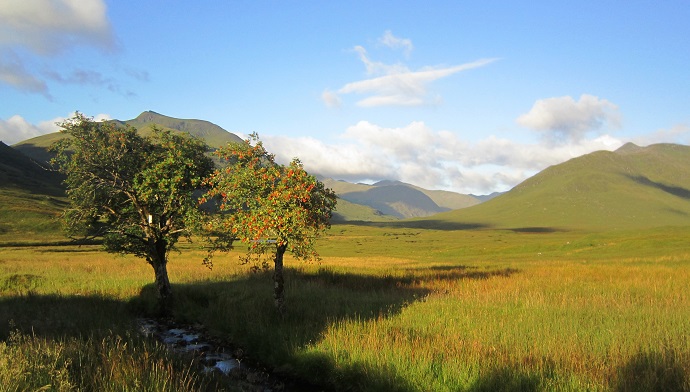 The path up into Coire na Cloiche at the back of the hostel made it easy to gain height and, scattering deer in front of me, I must have been on the top of An Socach in less than an hour. 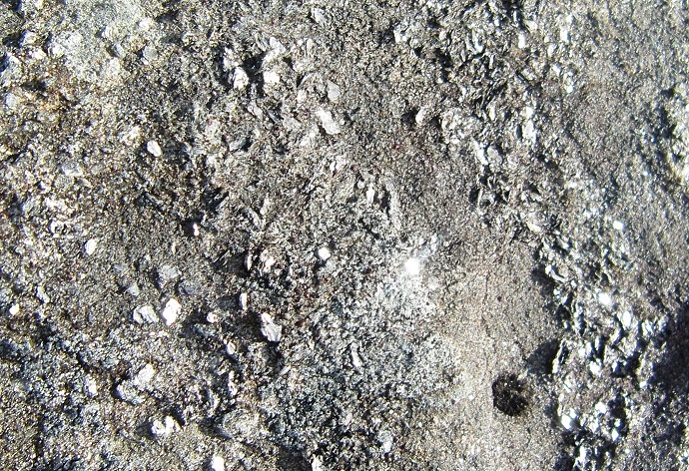 Coarse conglomerate on the ridges south of Affric

There were another thirty or so deer on Bealach Coire Ghaidheil - a welcome distraction before the longish flog up the rising traverse towards Mam Sodhail and the subsequent traverse to the west of the twin summits of Sodhail and Carn Eige on sketchy tracks. It was, though, short work to the lonely bealach above Coire Lochan (where my son had camped on passing this way three or four years ago) and then up onto the summit of Fhionnlaidh in a heavy but shortlived shower. What a wonderful place it is, perched above Loch Mullardoch with massive views of the empty northern wilderness; I should have taken a camera!
It was a simple - if steep - decent down grassy slopes into the magnificent fastness of Gleann a' Choilich and, after a bite to eat by the river, I headed up an eastern spur of Mullach nan Dheiragain in sunshine. My solitude was then obliterated by some rich kids buzzing me in a helicopter and then using their noisy machine to drive deer up into the higher corries. The noisy machine then dropped off a "stalker" and, subsequently, it carried off two dead deer slung underneath in the direction of Kintail. I'm not much of a fan of hunting at the best of times but I can't help thinking that, if you're going to shoot deer with a big gun, there should be a bit more to it than getting a ride up into the hills in a helicopter, herding them together with the machine and then blowing them away, all in less than an hour; not much skill or tradition in that.

The group heading for Mullach na Dheiragain before I met them

At any rate, I enjoyed the ridge along the top of Dheiragain despite the occasional intrusion of the helicopter and, after heading over the intermediate top, the ridge up Sgurr nan Ceathreamhnan was brilliant; it is a big and complex mountain and would repay a return visit with, perhaps, a camp in one of the high northern corries. 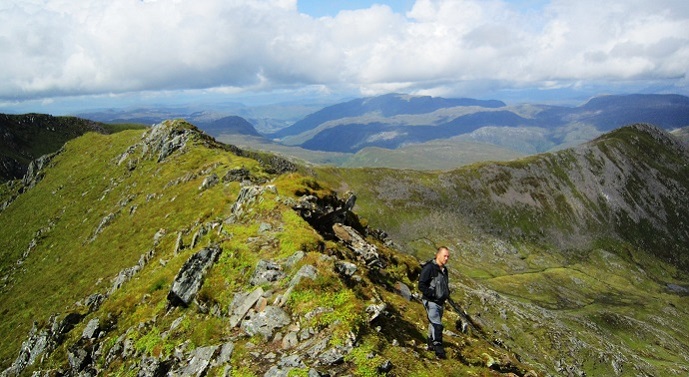 Steve Chalk on Sgurr nan Ceathreamhnan before I met the group

I'd seen the rest of our group leaving the summit from Bealach nan Daoine and, despite being smacked by another shower, I made good time to catch them just short of the bealach above Alltbeith - hence some photos in this report! 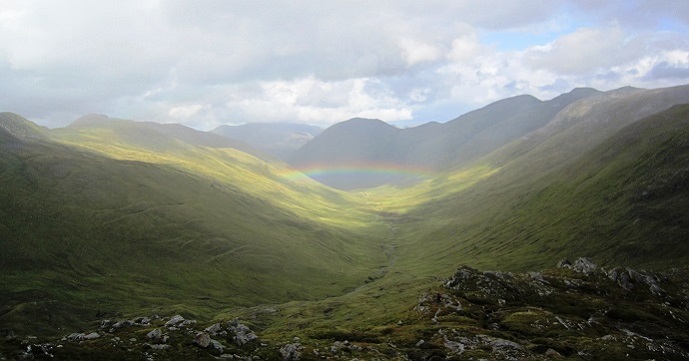 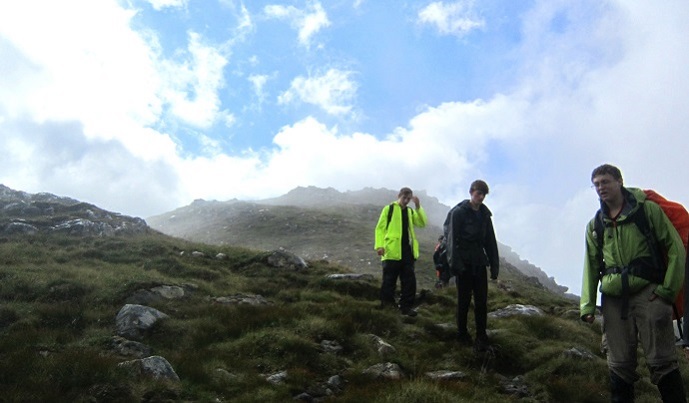 Three of the lads (Alex, Jamie and Ollie) descending from Sgurr nan Ceathreamhnan

I jogged down to the hostel to put the kettle on while they finished off over An Socach. Like hunting, I'm not really a fan of youth hostels - generally too many silly rules - but Alltbeith is a shining exception. I'd last been here in the early 1980s and it didn't seem to have changed much; what a brilliant place!
Next Report: https://www.walkhighlands.co.uk/Forum/viewtopic.php?f=9&t=62274.

Re: Munros One Hundred and Twenty Five to Twenty Eight

Agree about the stalking. If that's what they do where's the sport or skill in that?