You have the choice of two tracks from the start point where there is parking just before the bridge. I took the upper track for the ascent which is reached by heading for the bridge and came back down the lower track. Both tracks are ideal for cycling, with the upper track gently climbing to the bealach. I left this track before the bealach at the point where it started to drop and made my way up the slopes to my right and then onto the Green Knap ridge. I then followed the ridge as it veered its way to the summit of Cruach nan Capull. This would be a straightforward walk on a misty day as the fence line leads to the summit. From the summit i returned along the ridge to the bealach and headed to Black Craig, where two small boulders marked the summit. I then returned to the bealach but didn't locate the path known as The Coffin Trail till i almost reached the track. Once on i took the lower track back with the only issue being two streams to cross which would pose a wee problem when i spate. I returned back to the car at 15.30 just before the rain came on, good timing, plus the forecasted winds were not as bad as forecast. 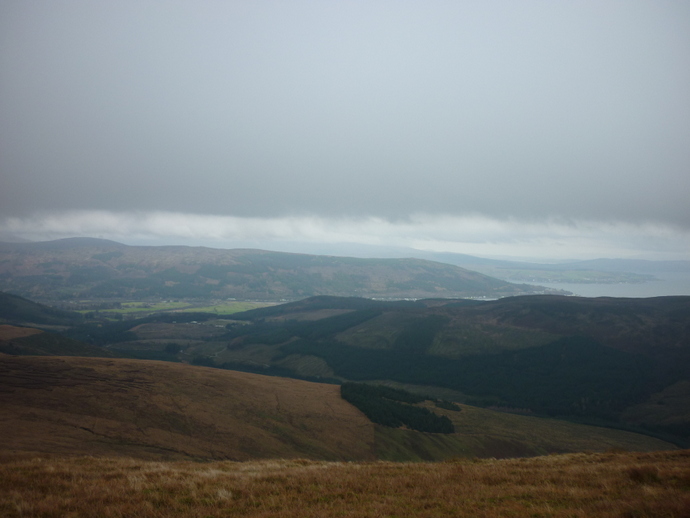