As usual we decided to start off early so we had boots on the ground by 08:30, when we arrived at the car park it was quite busy considering we thought we were early, some were heading up Meall Nan Tarmachan however we appeared to be the first heading up Ghlas. The route was quite clearly marked out and the weather was looking promising, This is an excellent range with plenty of great views & mountains to climb, what made it even better was that Lawers is one of the highest in the U.K We followed the route through the fenced of sanctuary and out the other side where the climb began, the sun was warm and it looked like weather wise we were going to get a good one with plenty of amazing views After a good walk up the route forks, you can either go left if you intend missing out Ben Ghlas and carry on around and up the Bealach to climb Ben Lawers on it's own or go right to take both climbs in. The higher we climbed to stronger the sun became although the wind was picking up and all the time there seemed to be a constant covering of cloud over Lawers, we reached the summit of Ghlas and decided it was time for lunch and a wee break, chillin in the sun and having a laugh, looking over at what was to come, we could see down to people on the by pass path to the Bealach, we sat for a while before deciding to carry on to our next target. We packed away the lunch & PEANUT M&M's, no better snack when climbing, we don't go out without them

we began going down towards the Bealach and the temp dropped, even although the sun was still shining the wind brought in a chill that helped make the decision to apply warmer jackets. The ascent of Lawers began and all the time we knew we would be climbing up into the clouds, if lucky we would get a break that would allow us to catch the views from the top, looking around we could see the other summits around us that at some point we would come back to climb. 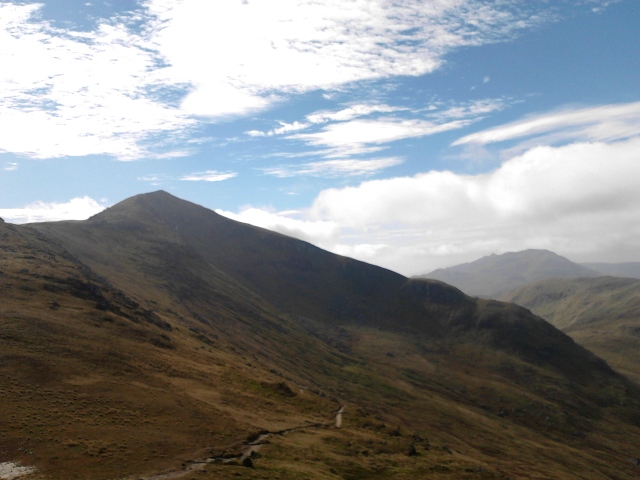 Before long we had hit the summit of Lawers & as expected we sat in the cloud with the odd quick break in the cloud, we sat for a while and had a quick bite before making the journey back down. 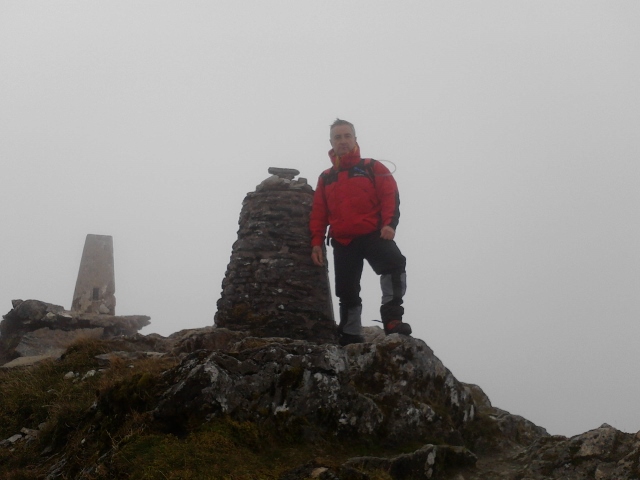 The descent was by the Bealach and the by pass path which was pretty straight forward giving a pretty descent route down with some amazing views and plenty of time to chat and have a laugh, the day and the climb was superb and we both enjoyed the day although clear views at the summit of Lawers would have been good however the whole day in general was a great day out on our mountains, We will return to climb the rest when time allows....