Had set the day aside to walk up Duncolm, a favourite of mine and one which I do whenever I can as it is so local to me! The day started off grey and wet but I was joined by one of my friends and we parked just outside the gas works near Old Kilpatrick.

From there walked up the road towards the hills and then turned right following the sign which says "Loch Humphrey" and past a few cottages. Instead of following the normal route up the main route we took a less known route which my dad had shown me on a previous walk.

After the first cattle grid to the right there is a signpost and some planks across a small ditch, from there a sketchy path runs straight up the grassy slopes towards the trees and the Kilpatrick Crags, I prefer this route to the normal one as it is more direct and more interesting! After a fairly short but steep ascent we reached the tree line and at this point the path starts zigzagging up through some nice woods with brilliant views towards Glasgow and the Erskine Bridge.

The path then starts to level out beneath a rock face and then goes round it on to a fairly flat plateau which winds its way over a few dips to the first trig point, there is a cracking view towards Duncolm and the rest of the Kilpatrick hills as well as towards Loch Humphrey which is where we headed next.

After descending towards the Greenside Reservoir we made our own way down the steep slope towards the Humphrey stream underneath, If anyone else follows that way do take care as it is pretty steep! Once we reached and crossed the stream and walked up to the Forestry Commission road and turned left to take us to Loch Humphrey.

Once at Loch Humphrey we stopped and had a bite to eat sitting underneath the wall beside the Loch to shelter from the cold breeze. After lunch we continued towards the East side of the Loch following the gravel road, it then starts to bend left and head North towards Duncolm, the path then heads through a boggy bit and then climbs passed Little and Middle Duncolm before ascending the side of Duncolm and finally towards the trig point.

Amazingly after being pretty grey and miserable all morning as we reached the top it cleared and the sun started to come through, it made for brilliant views towards Loch Lomond and the Luss Hills, the higher peaks were still covered in cloud, the firth of the Clyde and the Argyll hills and also brilliant views towards the Campsies and South towards Glasgow.

We took some photos and spent some time on top (was absolutely freezing) and then started our descent, following the same path all the way down until at Loch Humphrey we stayed on the main path and followed it back down passed the disused quarry. By this point it was blue skies all round which meant we could get some cracking photos!

All in all made it back down to the car after 3 and a bit hours, turned out a brilliant day weather wise which made for an even better walk, I do recommend the route described to ascend as it gives you a completely different, wild feel to the normal track which most people use! 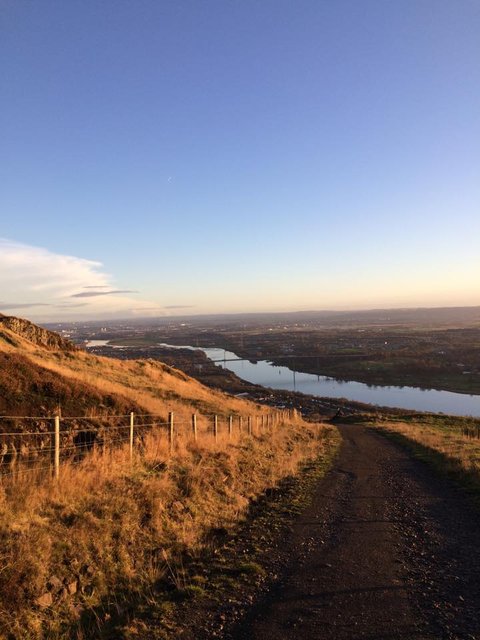 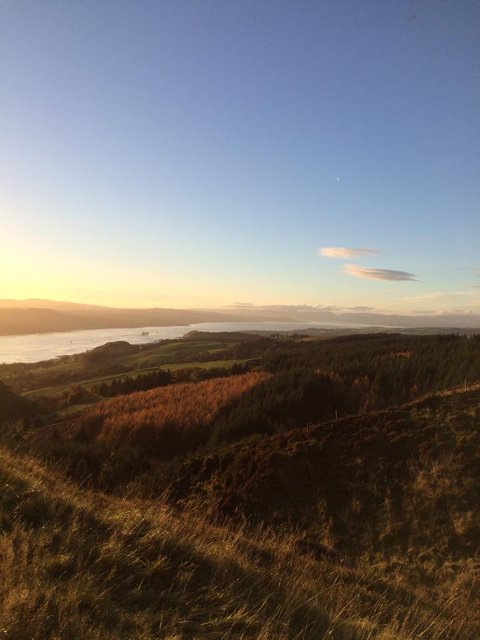 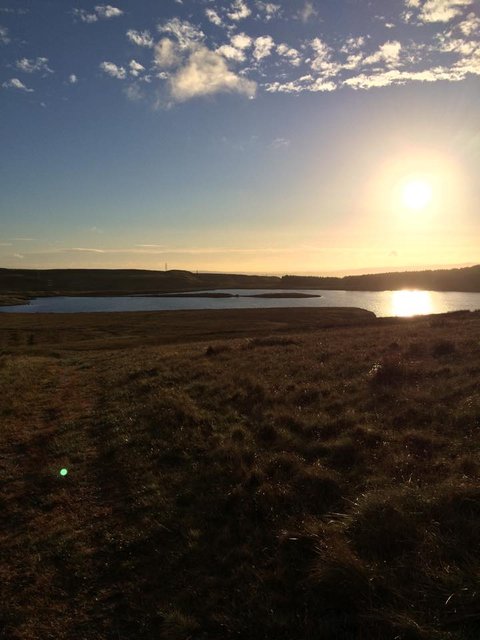 Being up north I'd never heard of Loch Humphrey but this sounds a good walk for when I'm down that way!

dogplodder wrote:Being up north I'd never heard of Loch Humphrey but this sounds a good walk for when I'm down that way!

Magic. And you can see my hoose in one of the photies

Hey,,just checking,,is it a clear path all round on this one?

- Hey! there is a clear path for most of the way but after the first trig point the path takes a longer route around the Greenside Reservoir, we just cut down the hillside to the forestry road which is clearly visible, but apart from that it is all on well trodden paths