A pitiful 11 weeks after my last trip up north I finally got away for a couple of nights in Crianlarich last weekend, and the weather Gods - they smiled.
Ben More was the plan. From the B&B car park things looked promising. It had been suggested that going round the route the opposite way might be advantageous, and I did think about it, but as its the descending that gets my knees the most I decided to stick to the "official" way round, and I think that was probably best for me. 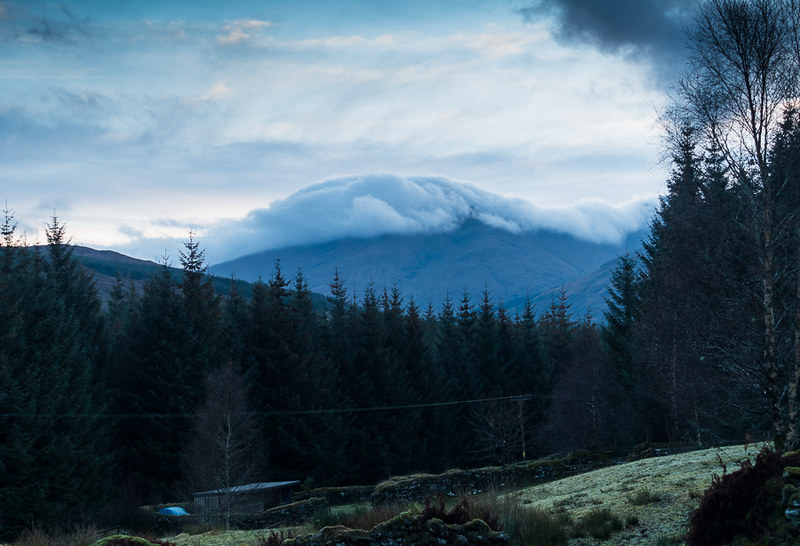 I parked in the lay-by a few hundred yards past Benmore and was over the stile just after 8:30, and on with the ascent. Yes, the route is steep and relentless, but it's easy to get into a steady rhythm, pausing regularly to enjoy the views behind and to the side.
Towards Crianlarich: 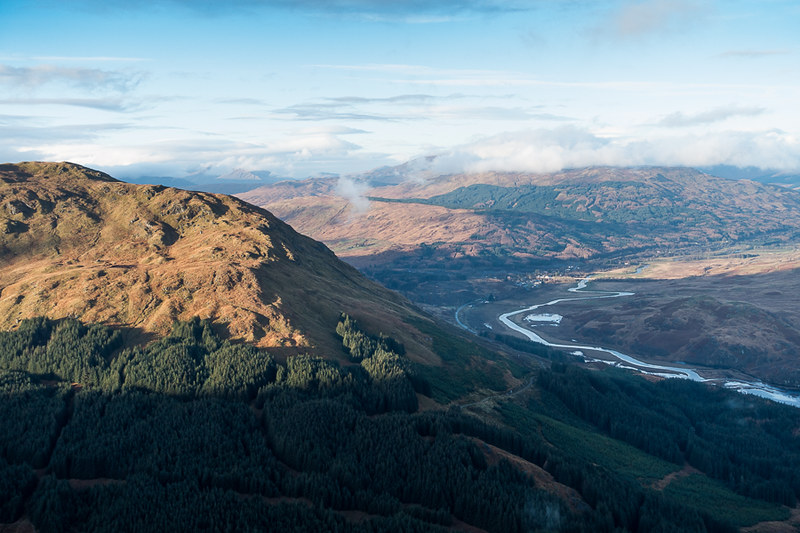 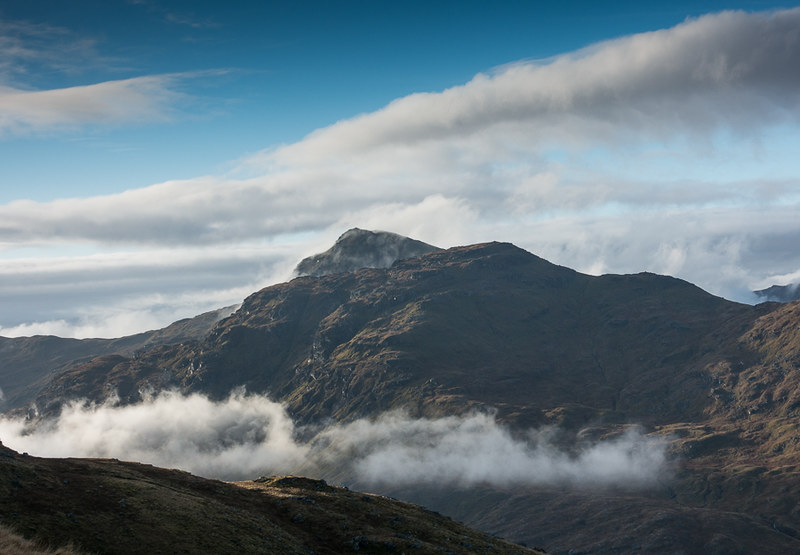 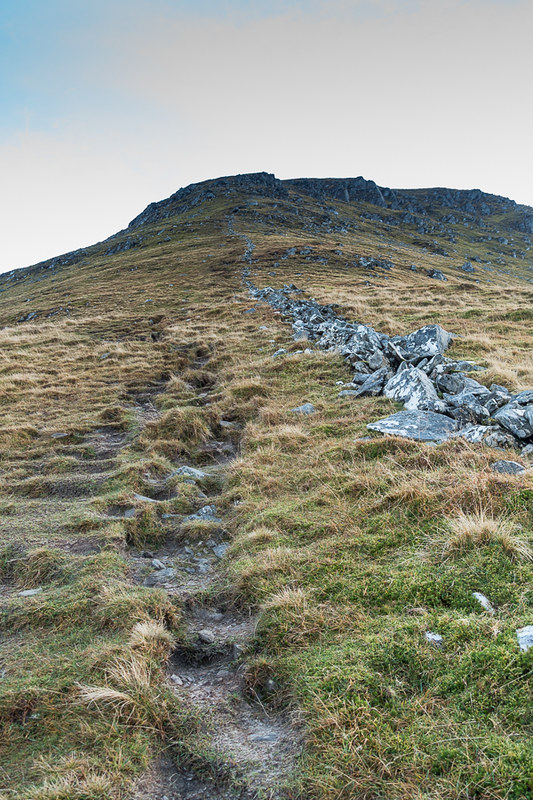 Sadly the top was still in the mist for the large part, but was atmospheric with the occasional glimpses of neighbouring hills 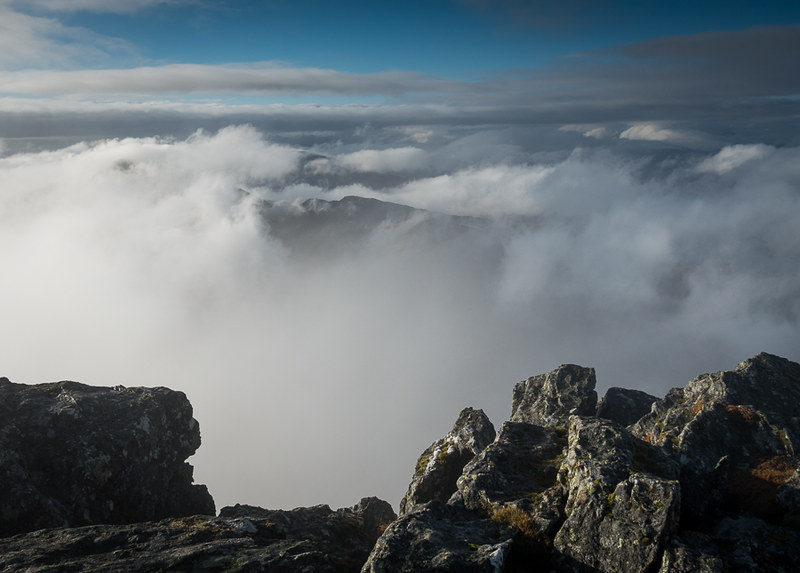 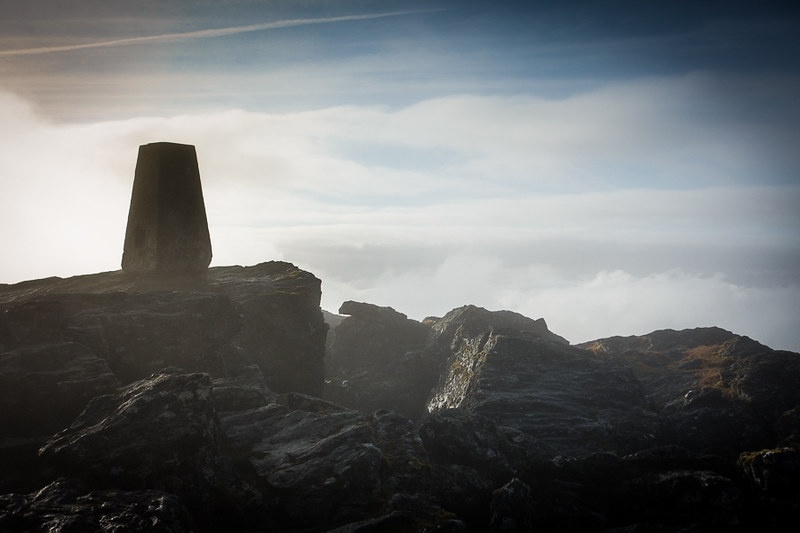 On the descent to the beach it became obvious the Stob Binnein was going to be hiding it's pleasures in the mist as well.... 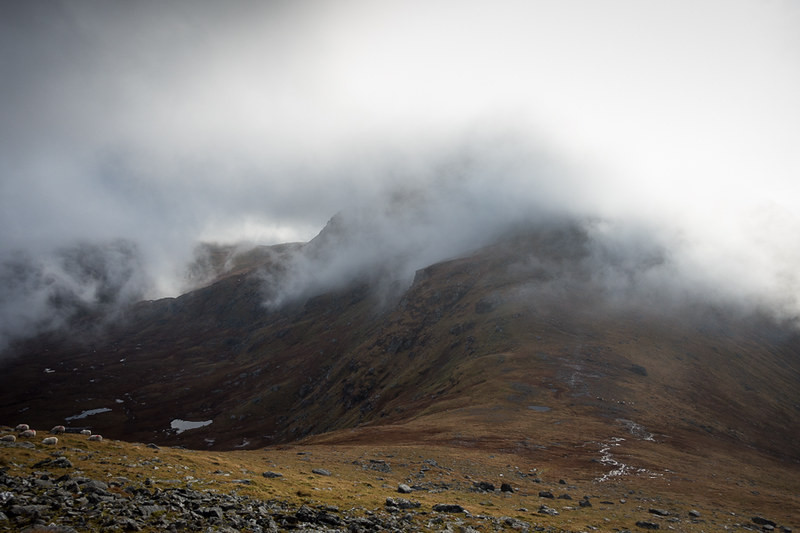 ...but as a bit of a treat I was presented with three ptarmigans near the summit, pecking away at the hill with complete indifference to my presence (up to a point....) 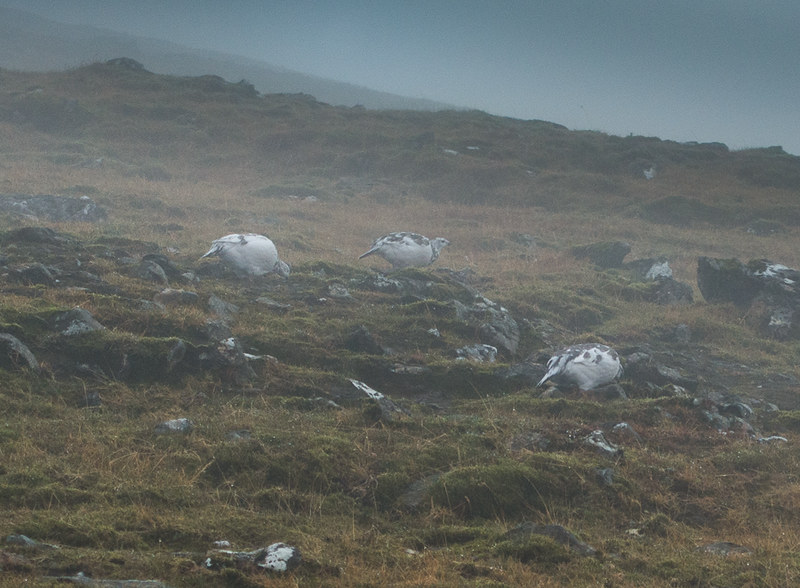 The climb up Stob Binnein is very straightforward, just goes on a bit.... 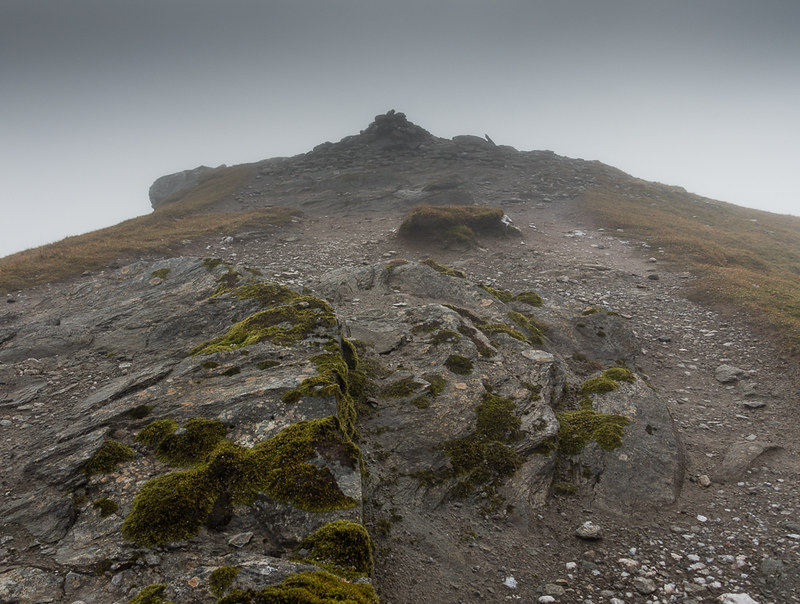 As I left the summit I was briefly joined by a speedy young lady on the way up. A few cheery words later we went on our respective ways, but as I'd predicted she whizzed past me further down the descent (with a few more smiles and cheery words) and sped off into the distance, Gone Girl indeed. By the time I got to the Bealach again she was but a distant speck tripping lightly over the bog... that's her, the tiny black dot, centre picture, just above the two light rocks a quarter of the way up from the bottom of the picture ... honest. Oh, to have knees 30 years younger .... 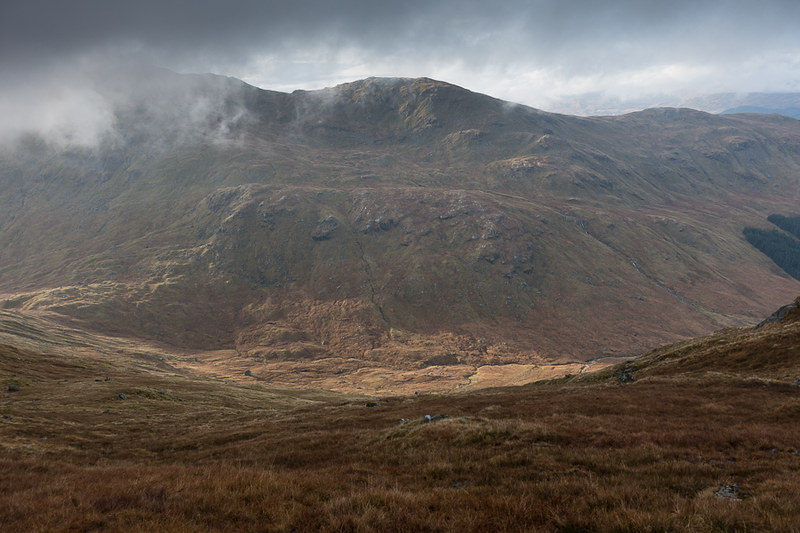 There is a reasonable semblance of a path off the bealach, by the burn near the northern end, and after the descent to the bottom of the glen the walk out was very straightforward in the early afternoon light. True to form, the summits came out of the cloud as well, once they were sure I was well and truly down....
Ben More: 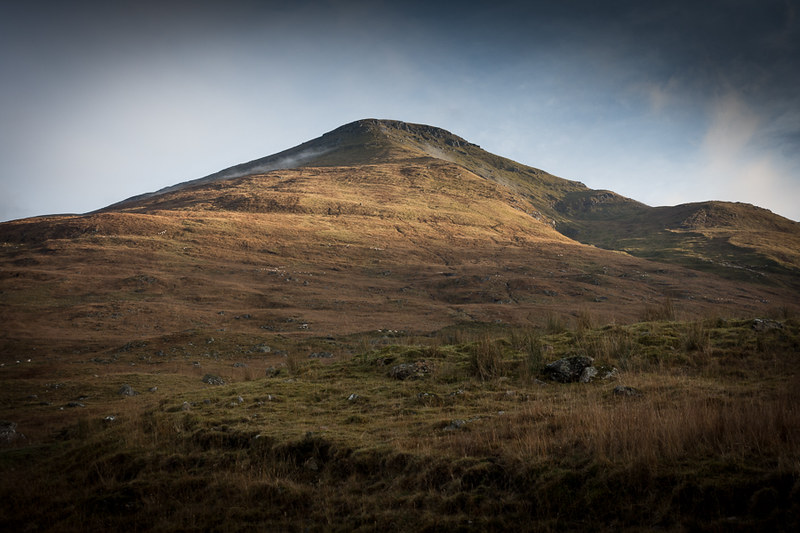 Towards Ben Lui (I think..), with Benmore farm in the foreground: 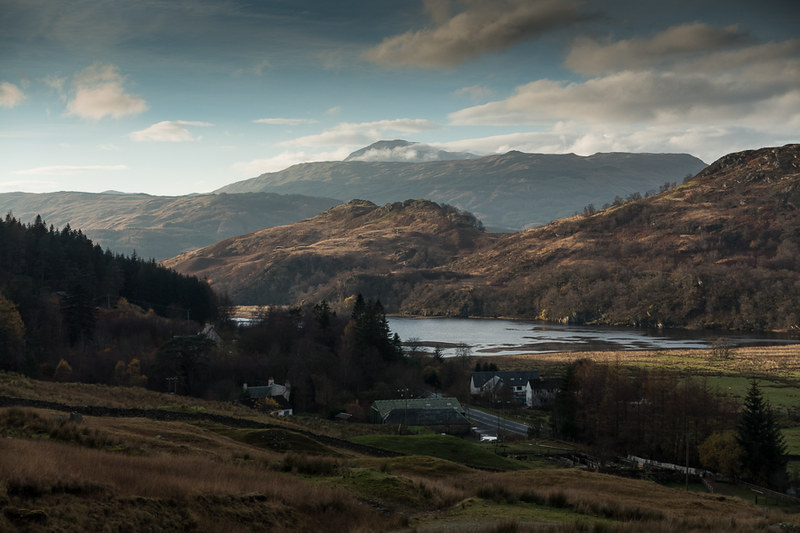 Ben More and Stob Binnein in the late afternoon light from the B&B (Ewich): 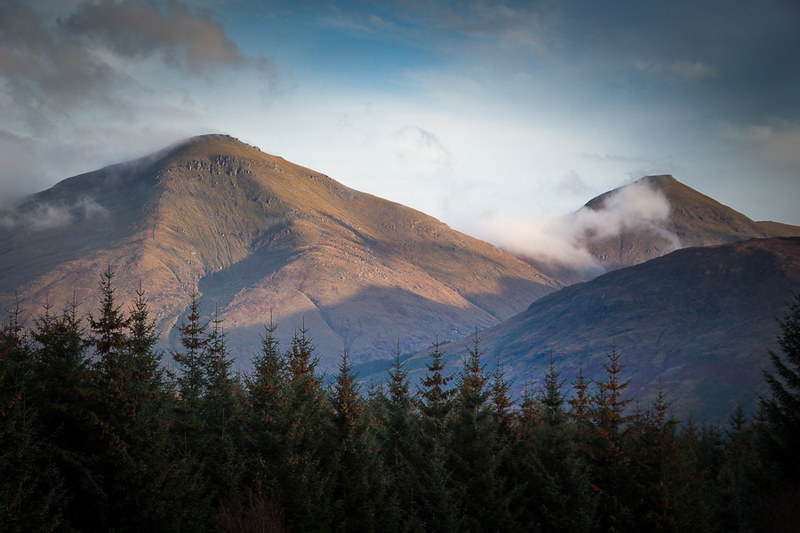 Good report. Its a shame you didn't get the views. I didn't get any views on those 2 either, but at least you had a dry day

Despite your lack of views, your pics are great. I really like the summit 'view' of DSC01148.jpg, very atmospheric with the rock in the foreground, the clouds behind and hints of the hills within.

Incredible light you had => great pix.

I had quite a bit of cloud/clag when I did these earlier in the year - my pic of the bealach between Ben More and Binnean is almost identical to yours.

Gone girl might have been aiming to do all 7 munros - it's a great ridge walk!