This was the beginning of a weekend trip at the YHA at Loch Ossian. I took the sleeper train from Crianlarich on Friday morning to arrive at Corrour station at 9am, apparently the most remote train station in the UK and famed for Trainspotting. The folks on the train must have thought I was mad. It was dark, wet and windy. When I stood on the platform I could hardly stand up with the strength of the wind. I had 2 packs to carry to the YHA which (thankfully) was only a 20min walk across the tracks. However when I arrived it was all closed up, so word hadn't been passed I was arriving early. 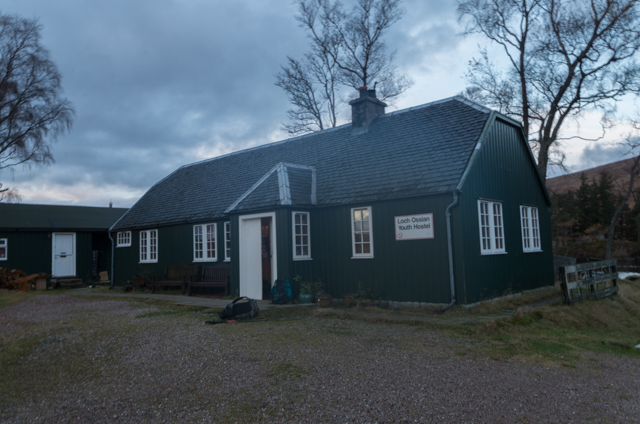 Loch Ossian YHA when I got back down

So with the bad weather I wasn't planning to do much on the Friday, however now that there was not really any shelter, I decided to drop my bags off here and head up Beinn na Lap which was literally the other side of the Loch. It was wet and windy, there's not really a lot more to say about this hill. 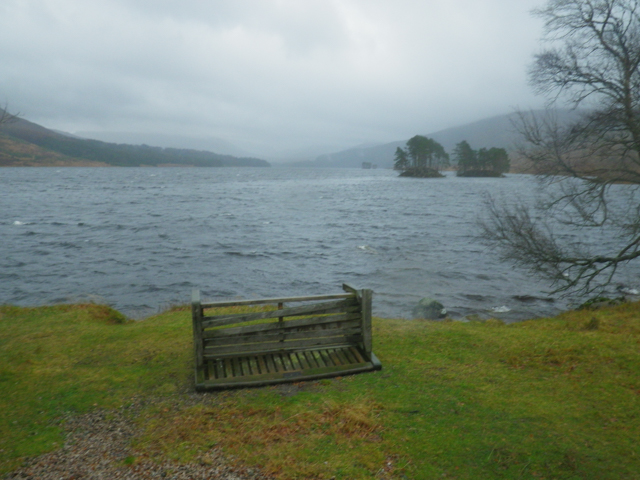 After 1.5 hrs of walking against the wind uphill in the rain by the time I got to the top, I couldn't stand up with the ferocity of the wind. I managed to get some shelter in a small walled shelter before the wee lochan to have a couple of mins rest of the horizontal rain and battering I was getting. Here's a wee video of near the bottom of the mountain:

I walked on further for another 10 mins, and parts of the top become a bit slabby so fell on my arse a few times being blown over, but eventually got to the top. Hadnt experienced wind like that in a while! 
As soon as I got there I skidadeled back down as fast as I could given the conditions. Not the most enjoyable of hills I've climbed, maybe I'll do it again under better conditions!

Luckily by the time I got down again, the warden had arrived 10mins earlier so could get dried off in the YHA and wait for the rest of the group to arrive. The rest of the weekend was a complete contrast with fantastic clear evenings, sunsets and lovely weather. The next day did Sgor Gaibhre and Carn Dearg in much more favourable conditions.

Re: A Windy Beinn na Lap

..... and an Irish accent we can understand

Glad the rest of your weekend went well.