My brother and I went off to do this walk on an amazing day during November 2014 when the weather was absolutely perfect. We had originally planned to do both Cairngorm and Bynack More, but spent so long playing on the Barns we didn't have enough time in the end - although you can see from our track we did go for a look to see if there was an ok walk over...


Track_09-NOV-14 050122 PM.gpx Open full screen  NB: Walkhighlands is not responsible for the accuracy of gpx files in users posts

The day started with promise as we crunched through the ice in the car park and followed the path through the forest towards the hill. 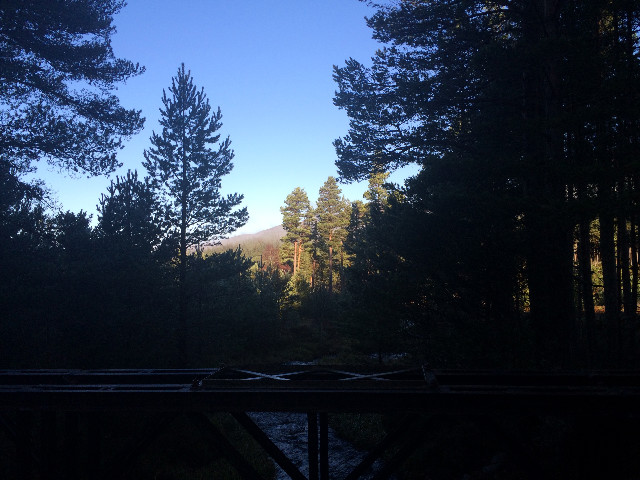 Passing the Lochan Uaine we had to stop for a bit to get some photos - it was so still and amazingly green but the camera didn't do it justice. 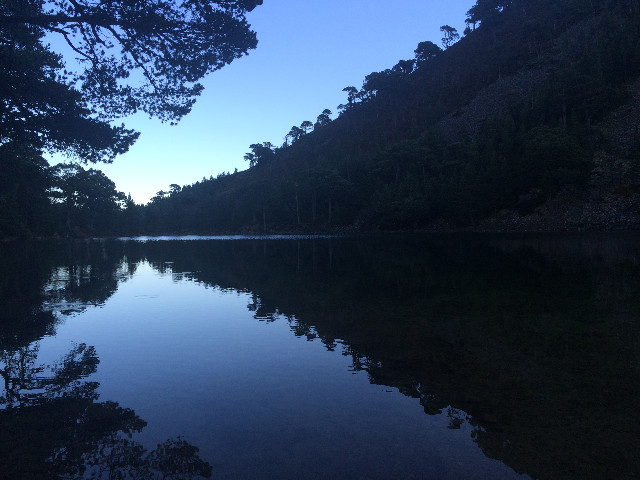 As we left the forest and headed up towards the mountain proper, we could see a nice cloud inversion over to the east. The track so far had been clear and simple with no real incline to speak of so we were feeling fresh and had made good time. 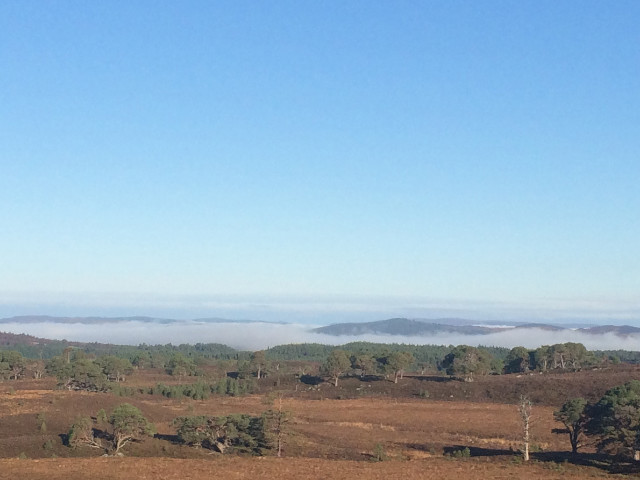 Cloud inversion to the east

The track now starts to go up hill a bit and you need to make sure you take the right hand track up rather than around as it isn't too clear and could easily end up off in the wrong direction (if you didn't notice the big hill to your right!)

We were hidden from the sun as we walked up and passed the snow line so we got to crunch through the fresh snow and clamber up some of the rocks. It was good fun and a couple of scrambly bits went with no issues before we reached the summit and the sun. The views around the Cairngorms and surrounding landscape were amazing and the lack of wind made for a great spot for lunch. A few photos and then we headed off to find these Barns. 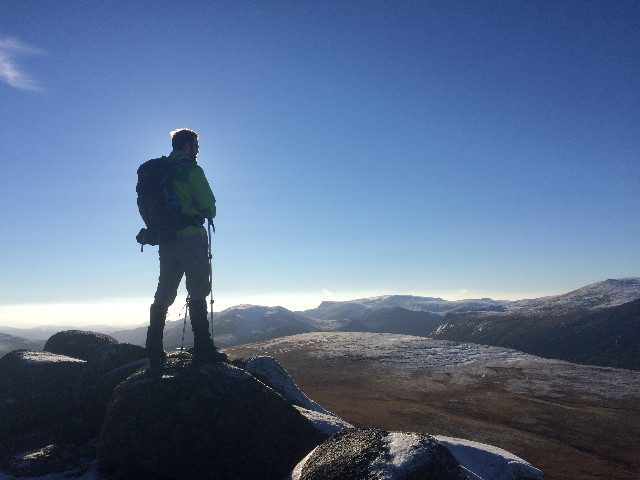 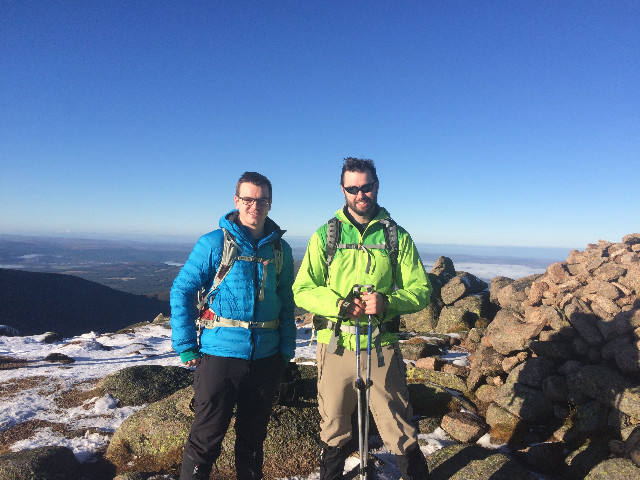 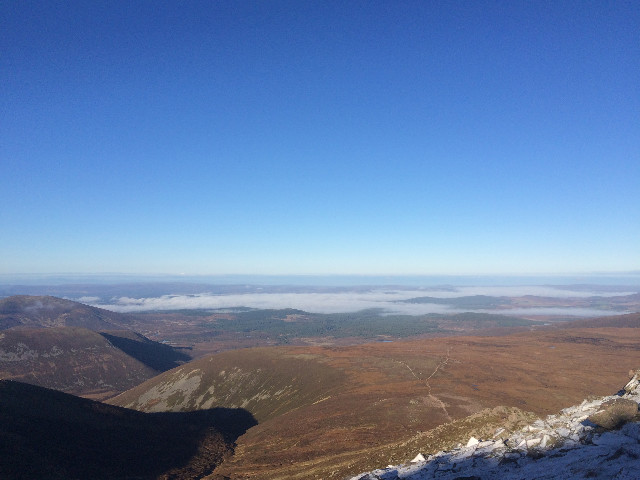 Inversion can still be seen

Found the wee ones first - but ignored them in search of bigger and better as advertised on Walkhighlands! And we weren't disappointed! it's hard to get a scale of them in a photo but if you're up there and have time, definitely go over for a look. There's a way up them at the centre so you can climb up if you want to but even just wandering around them was good. 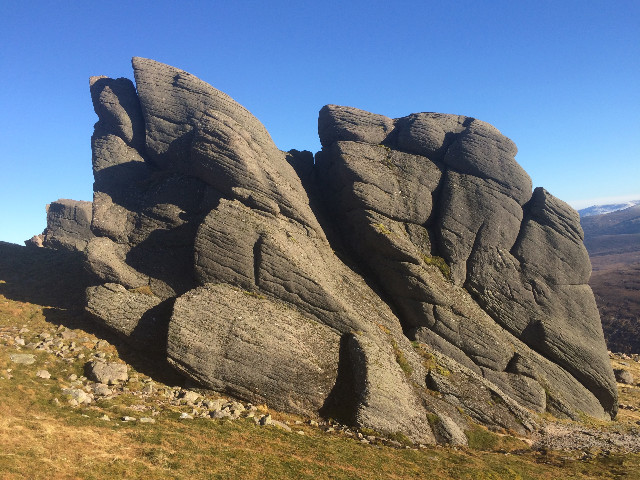 No scale - just a big rock! 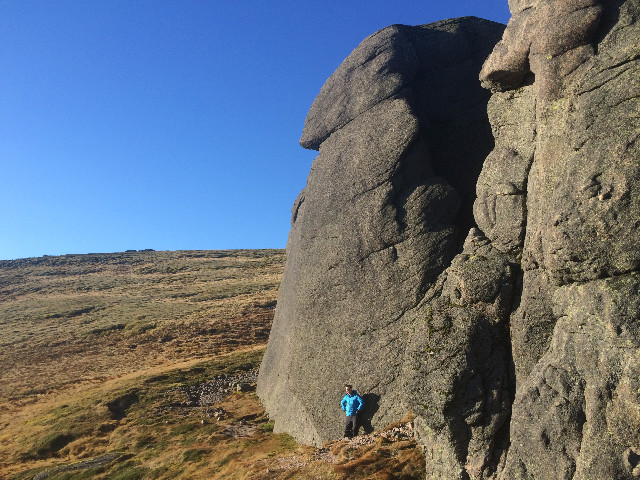 So after hanging about the rocks for too long we realised that we didn't have time to go around to Loch Avon and then over Cairngorm to complete our circuit as originally planned. We did set out to see if there was a possible route between the two valleys but with the light fading decided it would be safer just to head back to the path we came in by. We did drop down into the valley Strath Nethy to make the route a bit more varied, but it was in shadow and compared to the sunny plateau it was perhaps not the right idea. Nice river running through it though. 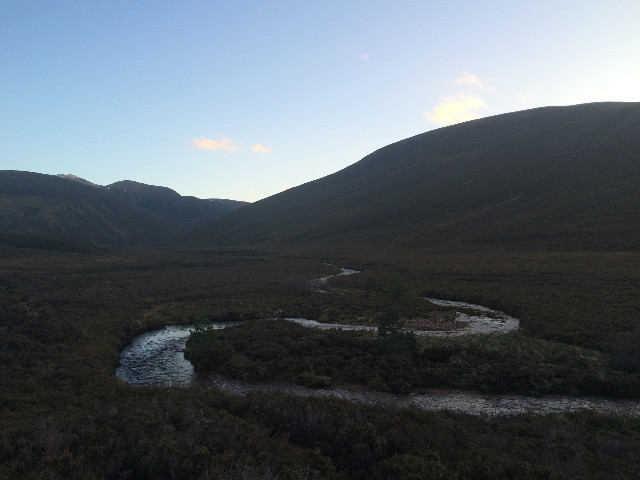 We finally met our original path and headed back to the car quite content with a good long day in the hills but eager to get back one day - possibly with bivvy kit so that we could camp up at the Barns and then carry on round to Glen Avon and who knows from there!