Bubba does Ben Insane once again!

Bubba does Ben Insane once again!


Sam and Bubba set of down to Boot Camp after checking the weather forecast was reasonable.

Bubba was keen to introduce Sam to the other side of Boot Camp and the Munros around Loch Sloy, namely Ben Vorlich and Ben Vane.

We arrived at Inveruglas car park around 9.30am. Loch Lomond was as still as a mill pond which is always a good indicator of a good day on the hills. No wind means less potential of wind chill on the trek. 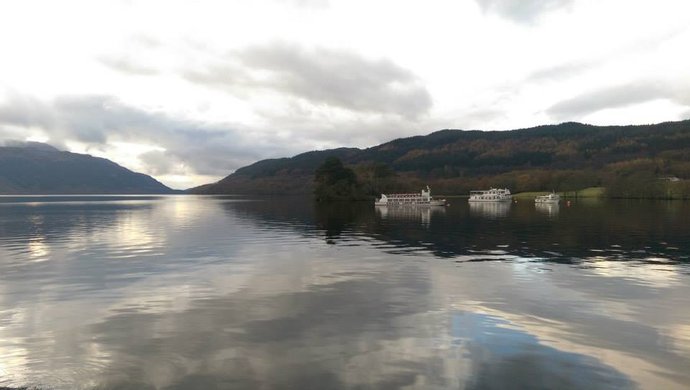 We crossed the road to the SSE Hydro and carried on up to the tarmac road which leads up to Loch Sloy and the start of the hill climb. Bubba points the way to his favourite Munro in the Alps, Ben Vane. A little, pocket battleship of a hill with lots of character in it's five false summits and mini scrambles just before the summit. 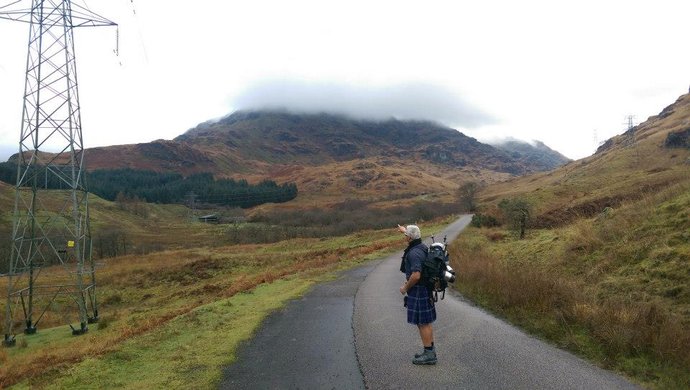 We arrive at the junction which connects the path to and from Glen Loin which leads over to Arrochar an alternate route into and out of the Loch Sloy area of the Arrochar Alps. 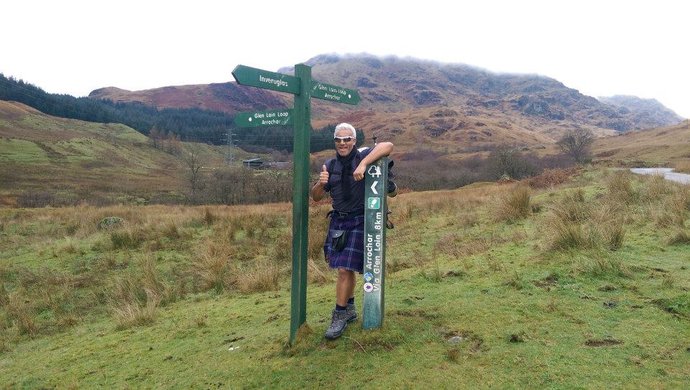 Sam looks confused as to which direction to take. 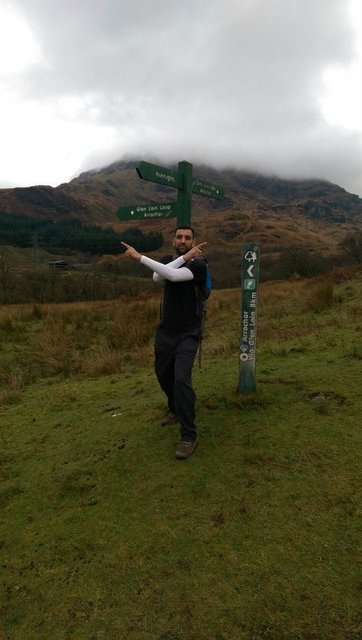 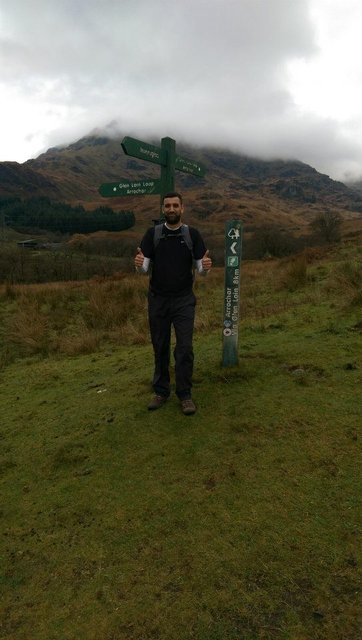 We start of up Ben Vane across the boggy ground just after the stone bridge. 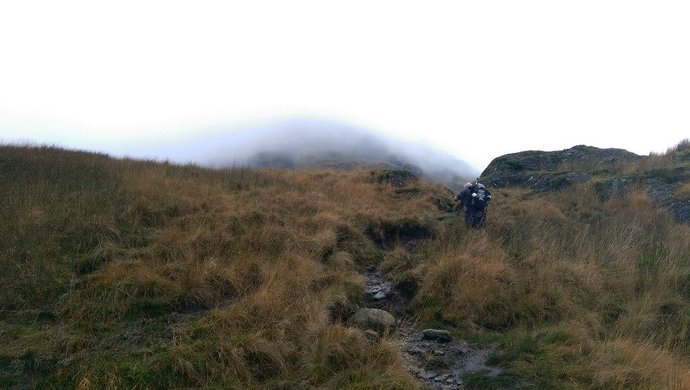 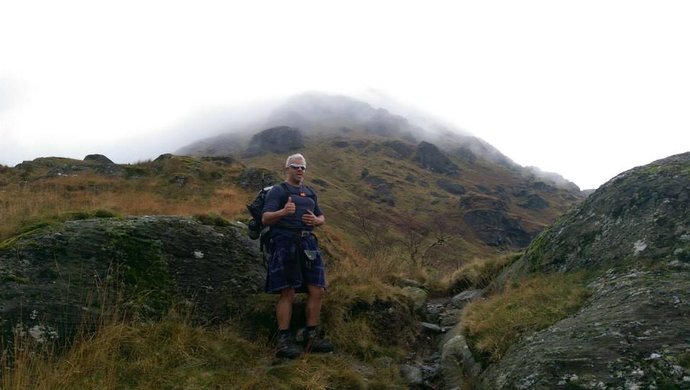 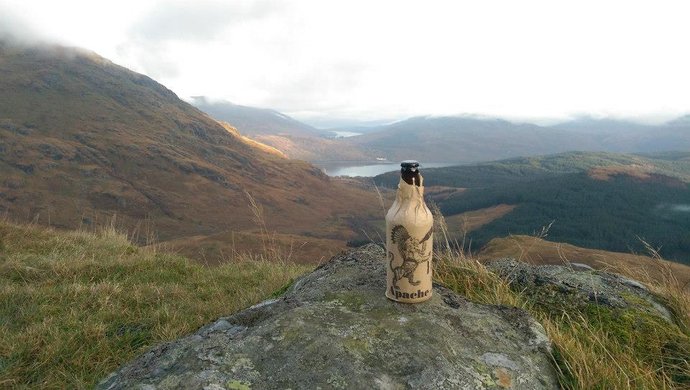 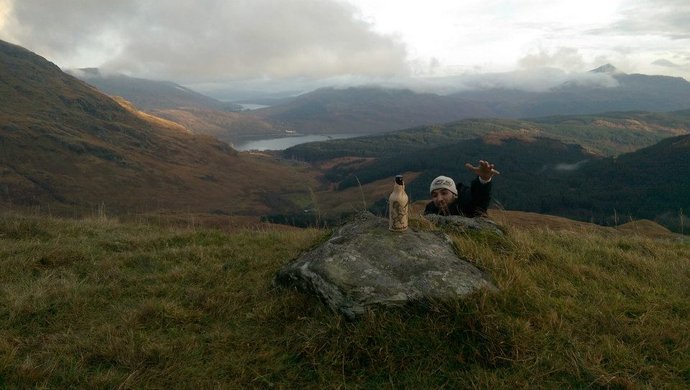 After an ale we carried on up Ben Vane stopping at the cave to enjoy the views across to Loch Lomond , Loch Arklett and Loch Katrine.

Sam claims this piece of rock as his 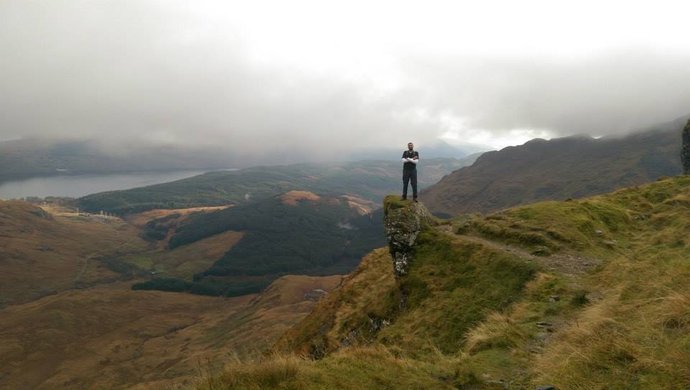 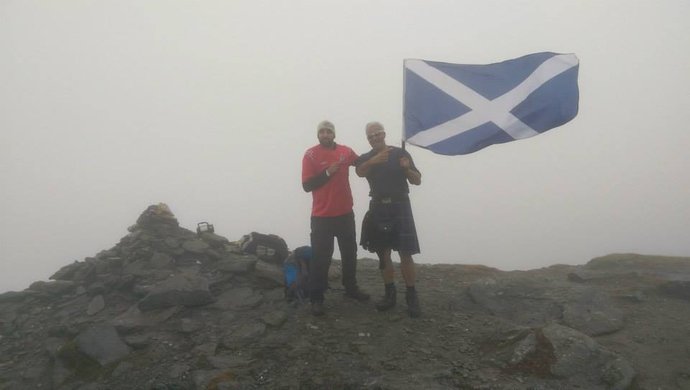 After some beers at the top to celebrate we head on back down as the wind chill factor had picked up. Bubba does a good impression of the flying Scotsman as he negotiates the chimney. 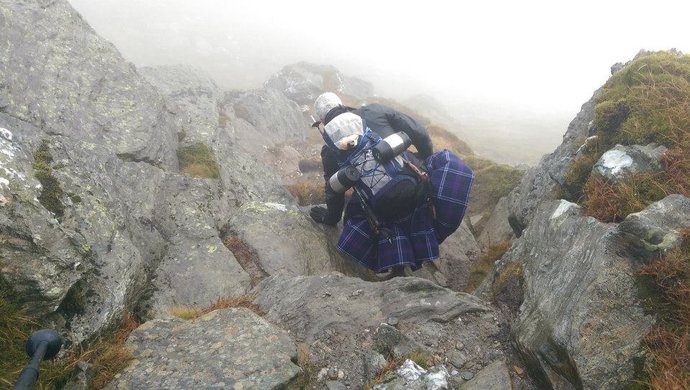 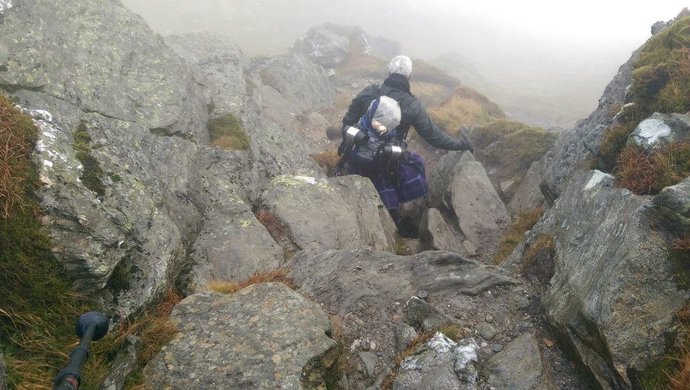 We head on back down Ben Insane at rapid pace. 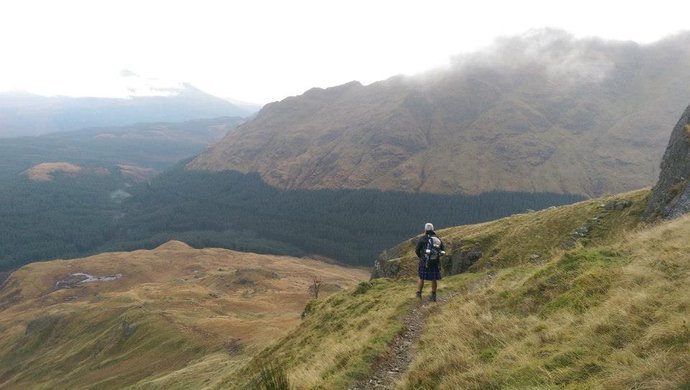 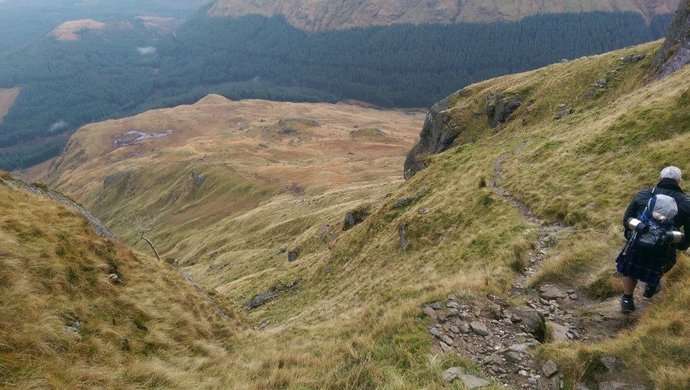 Another epic day out at boot Camp down and dusted. 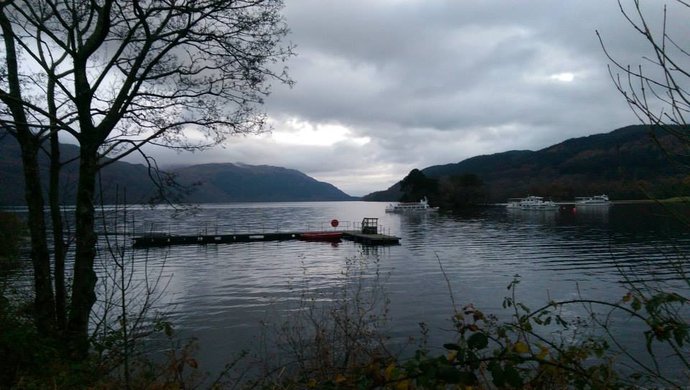 Re: Bubba does Ben Insane again!

RTC wrote:"another mountain is claimed for the '45' ". Hardly!
I'll leave others to comment about the beer drinking boasts.

Nothing better than having a small beer to wash down the Bubba Q at 3k.

One bottle of quality ale whilst appreciating the wonderful views and celebrating your efforts to get to the summit always goes down well in my walking book and I'm sure many other 'sensible' hillwalkers that I've met out there in the hills would agree.

So your right we will leave it for 'others to comment' on having a sensible drink outdoors whilst out for a walk.

The Spirit of Glenfinnan and the 45' is still alive in the hills today.

Perhaps you should visit Loch Sheil and the National Trust monument which stands 'loud and proud' at the head of it as a permanent reminder of Scotlands proud history back in 1745. I'm sure you would enjoy it or maybe not

Hardly? I don't think so.

I noticed you mentioned 'hitting' the pub on a few of your posts? Boasts? I don't think so just the 'natural' thing to do after a great day on the hills.