This particular morning I had gone down to Boot Camp for a solo jaunt into and around the Arrochars as I had been doing for the past year or so to keep hillfit.

I had no particular mountain in mind at that point and was just aiming to get to the Beallich a Maim and decide from there ....dependent on fitness and time.

As I was taking a break at the weir just after the zigzag forest trail.... a couple, Dom and John passed me by and I gave them a cheery wave as we do in the great outdoors.

John then came back and asked me the way to the Cobbler.

That was to be their 'undoing' ....because over the course of the next few months they were put through a grilling medley of the Arrochar Alps as Bubbas latest Boot Camp recruits. That one question by John was to be the start of a great friendship as Bubba put them through their paces in preparation for Everest Base Camp.

They were to be introduced and bring along many other Boot Camp recruits who had accepted the challenges of the Arrochar Alps. So this report is really just a medley of photos from the various journeys in and around the Arrochars and includes snaps from The Cobbler path, Ben Narnain, and Ben Vane. 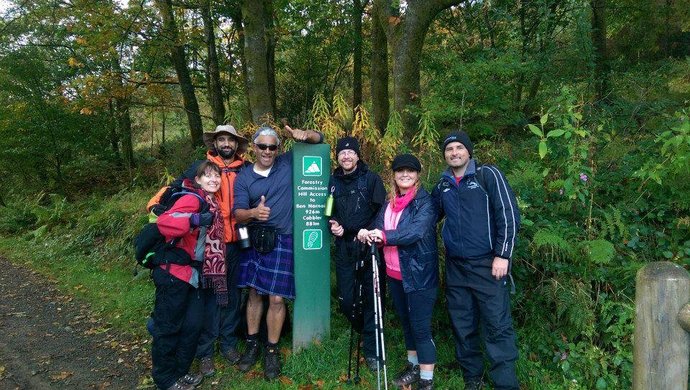 What this picture says... is that hillwalking has a way of 'uniting' a whole bunch of 'randoms' together in a common bond.... the love of the outdoors and hillwalking and they become 'Kindred Spirits'. There is always time for a beer during a walk. 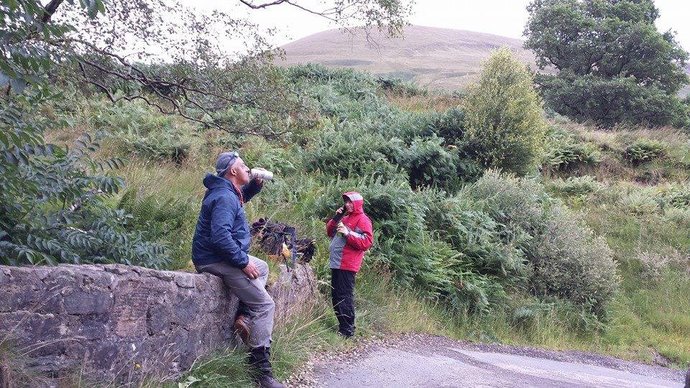 Our journey up to the summit of Narnain in squally, wet, windy weather was interesting because Johns glasses kept steaming up and he couldn't see half the time. But we did reach the summit and got the usual selfies in ....to mark the occasion. Dom has a whole repertoire of 'crazy poses' that she pulls out of her rucksack from time to time . They always catch one by surprise and are always very amusing to say the least.

Keeping us entertained and moral up at the top of a windswept summit on Ben Narnain. This is us on the Road to Ben Insane after yomping it through the forest from Arrochar. Bubba has his usual, traditional flaggan of ale at the summit of Ben Insane. We did get some excellent views from Ben Vane summit. This was Doms last trip to the Arrochar Alps before heading for something a bit bigger, Everest Basecamp. 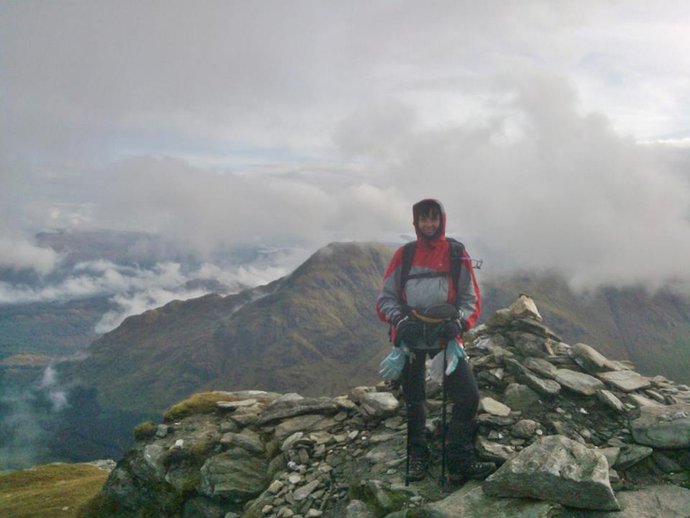 Boot Camp had allowed her to test out gear and her fitness level and stamina for the journey ahead. So this a just a selection of photos from in and around the Arrochar Alps.