15th. August, 1982:
My brother Nick and I were now a week into our unsupported walk from Lochluichart and were wandering the glens heading vaguely south towards Glenfinnan. Yesterday we had camped by the River Meig in Gleann Fhiodaig and then threaded our way through to the lonely fastness of the Orrin Valley before climbing high onto the western shoulder of Sgurr na Fearstaig. We had put up the tent by some lochans and, not having a watch with us and not realising it was probably only early afternoon, we turned in for the night as the weather was poor. Later, though, we were woken by bright sunshine and piled out of the tent to catch a brilliant sunset and, we thought, glimpses of the sea to both east and west. 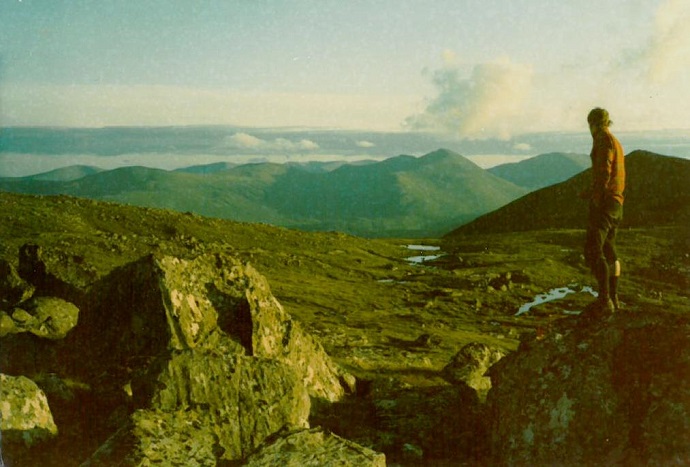 Looking south west from our high camp on the western shoulder of Sgurr na Fearstaig (14.08.1982) 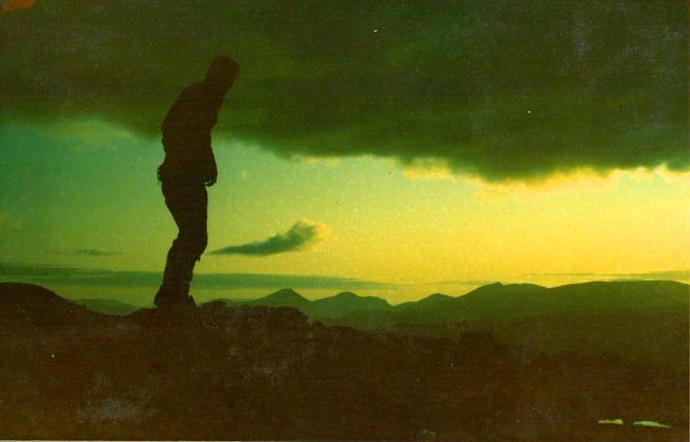 Sunset views from our camp high on the western shoulder of Sgurr na Fearstaig (14.08.1982)

Given our high starting point at over 2,500 feet, the next day was not especially demanding and we packed up late before wandering over the four Munros to the north of Glen Strathfarrar in cold, windy conditions carrying our heavy loads.

our_route.gpx Open full screen  NB: Walkhighlands is not responsible for the accuracy of gpx files in users posts
We got down to the glen and camped in relatively lush pasture, trying unsuccessfully to dry out by virtue of a fire and some intermittent sunshine. 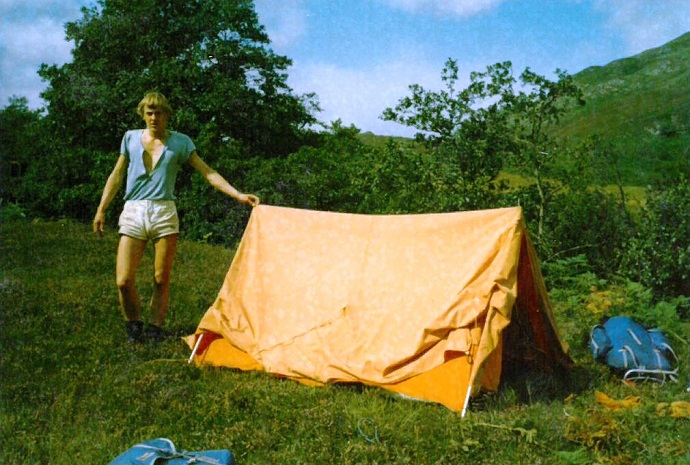 Next day, we'd be heading south to Glen Cannich and then the heights above Glen Affric.

Re: Munros Fifty to Fifty Three