Arrived at Glen Coe on Saturday around 12ish , while driving along(My Bud Driving & His car) we seen lots of very exclusive and expensive FAST sports cars and a lot of old expensive classics cars the total in the time we were they must run into several million £ (LOL). We parked car at Altnafeadh and pitch down by the River Coupall and had a lazy rest of the day. Weather was generally good but it was forever changing (nightmare for my photos as needed to change settings for every shot) We set off around 9.30am Sunday morning as there was alot of low mist covering the mountains, 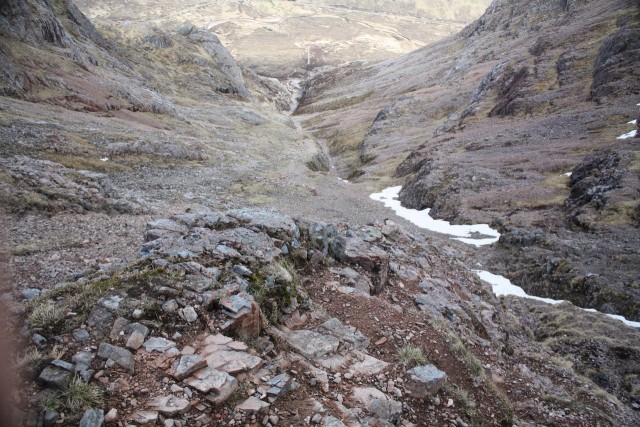 we past the Lagangarbh Hut and up the Coire na Tulaich. It looks steep but its not that bad as your going up it although it would be very different in heavy rain or covered in snow. The final section or the Head wall is thrilling, i went up the right-hand side of it as there was still snow in the central section. You get some cracking views on way up near top of it. Once on top its a relatively straight forward and easy walk to Stob Dearg's summit with some AMAZING VIEWS all round and we were blessed with near perfect sky/weather for photos ( 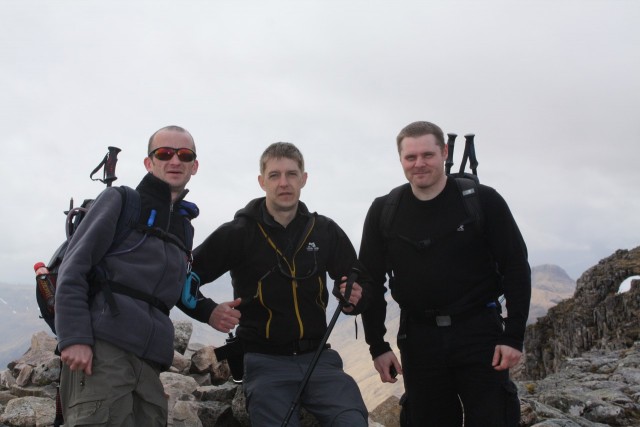 We had an extended break at the summit to take in all the veiws and work out the names of all the mountains we could see around us. We headed off towards Stob na Doire the ascent up it is easy and again your blessed with AWESOME veiws all round , we again stopped for a while for photos etc and then started off again towards Stob Coire Altruim and the sky became dark we clouds and it started to rain( out and on we our jackets) but 10 minutes later it was away and bright sky again. We we finished our descend on Stob na Doire the 3 of us turned and looked back and was AMAZED to see what we had just come down (Looks like an Egyptian Pyramid) its something to see thats for sure . We arrived at the summit of Stob na Broige around 3pm and the Views you get again are AWESOME . We Descended via Coire Altruim following Allt Coire Altruim and its quite steep and can be slippery on way down. We just took our time down and back to the tent, had food, hot drinks and thought about what we just did. For me it was the best hike yet, worth every effort to do. We are think of going back later in the year to ascend Stob Dearg via the Curved ridge and desend via Coire na Tuliach(in my view, easier than Coire Altruim at this time of year).

looks like a fantastic day you had... nice pics especially looking down on the rainbow.

That rainbow picture is stunning.