I've been holding off on this 18 mile circuit for about a month, just waiting for a nice day to enjoy Lochnagar and its neighbors. With the weather looking good this weekend I joined the crowds at the Glen Muick car park and set off at 9:30. I managed to get some space to myself on the very good path to Lochnagar. After exiting the forest the heat started to rise and the sunscreen came out of the bag. The path to Meikle Pap is in very good shape and it was a fairly easy stroll up to the bealach where the first views of Lochnagar's northern corrie comes into view. Impressive to say the least! Took a short break admiring the view and then headed up the Ladder and contoured around the edge of Lochnagar, reaching the summit at 12. There were plenty of people about but I found myself a nice ledge to rest on and took in the extensive views to the east. After a few minutes I was off to The Stuic and Carn a'Choire Bhoidheach. With a long day ahead I didn't waste much time on the fairly boring lump of the second munro and I made my way down to the stalkers path which took me to the base of Carn an t-Sagairt Mor. It was probably about 2 or 2:30 when I reached this summit and using my height I was just able to spot the airplane wreckage laying down the slope just beyond the summit. I walked over and inspected the old Canberra wing and then ate my lunch. Wonder what happened to the rest of the plane? It's another fairly easy stroll over to munro 4, Cairn Bannoch. From here I spotted the massive waterfall coming off the back side of Carn a'Choire Bhoidheach. At this point you also start to get a sense of how far it is back to the car park, wow. Getting to Broad Cairn, the final munro, is easy peasy. At the summit you can look back at the day's walk and feel proud of the achievement, that is until you look toward the car park which is a long long long way ahead. With one more coat of sunscreen I set off around 3:45. I decided to take the highroad above Loch Muick instead of dropping down to the shore where the path splits. With great views all around I plodded ahead on the path that seemed to never end. When you finally descend off the ridge you are greeted by a nice waterfall at a bridge crossing. Then it's another long plod along Loch Muick back to the carpark. At 5:30 I reached the car and simply sat there a while for a long rest before heading home.

Even with the long walk out I still gave rated this walk as a 5 star trip. The paths were in excellent shape and each peak offered something different. It's a day in the sun that I'll remember for a long time. 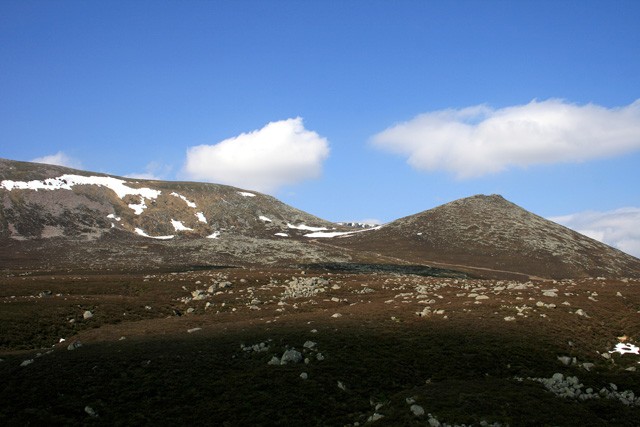 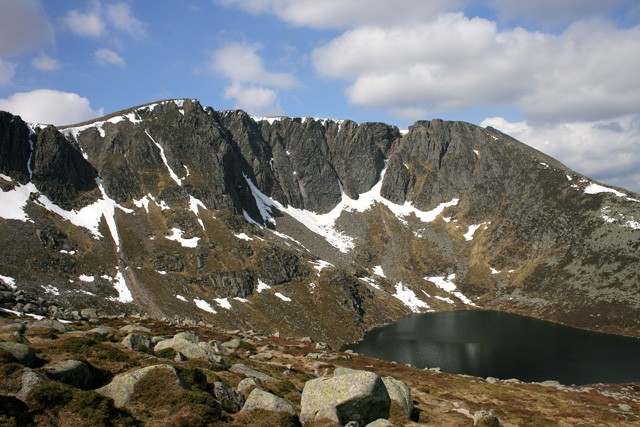 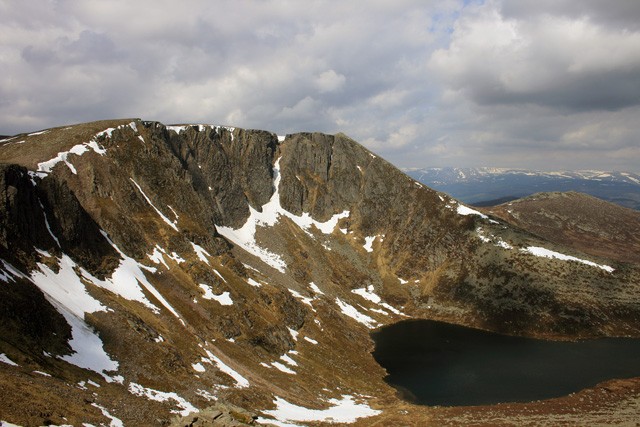 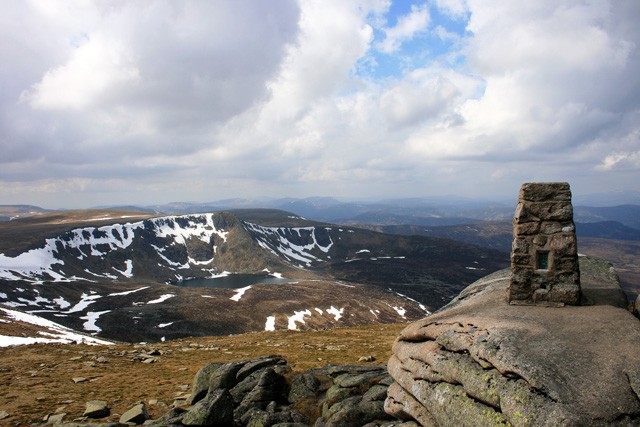 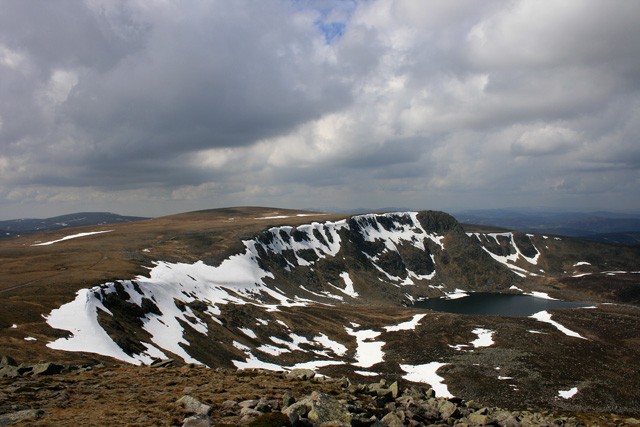 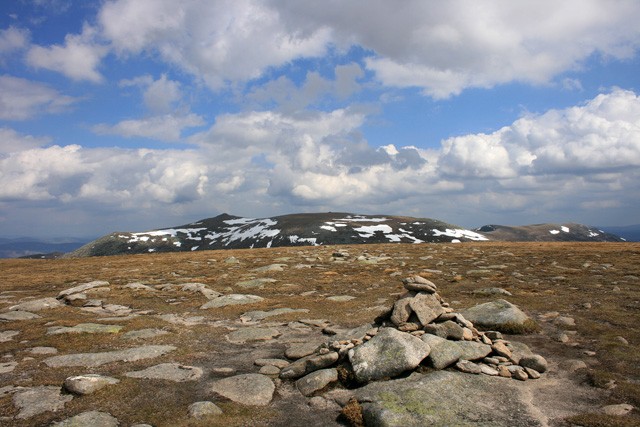 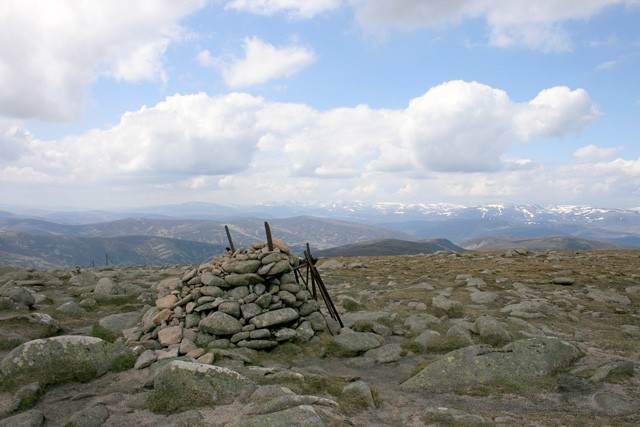 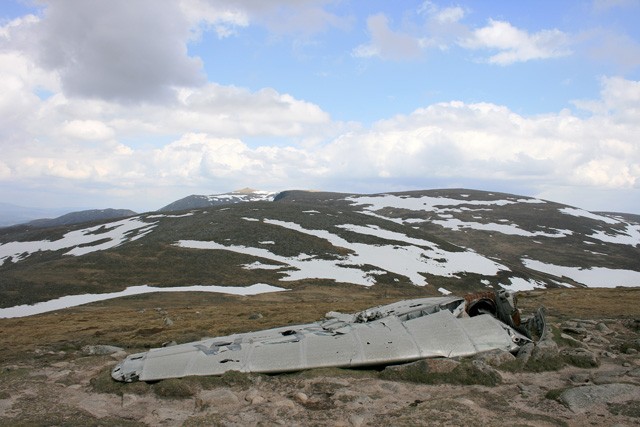 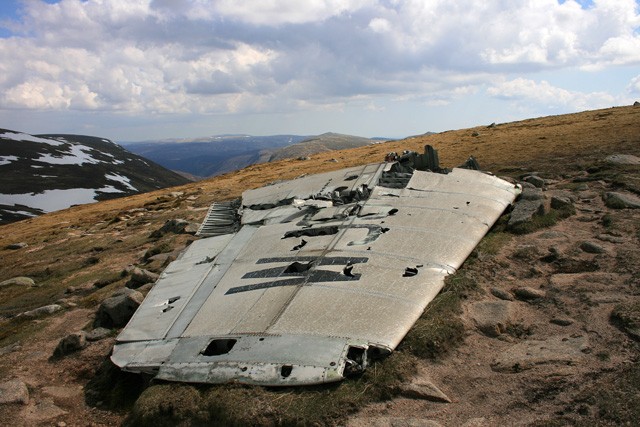 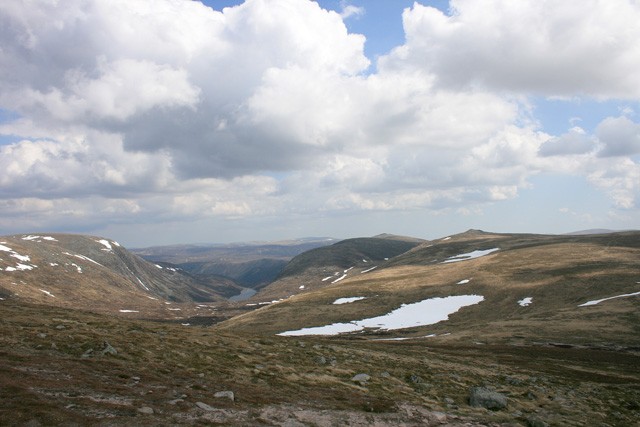 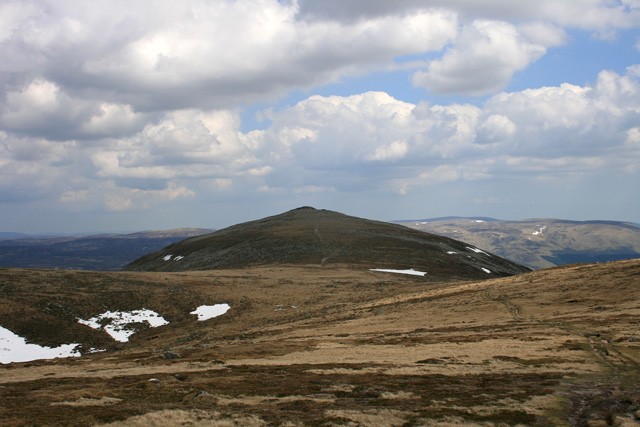 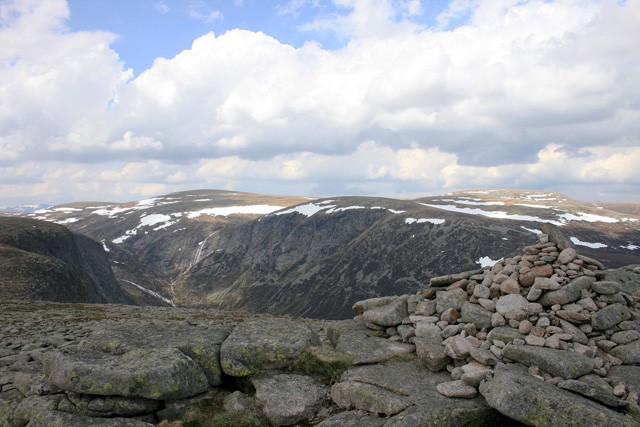 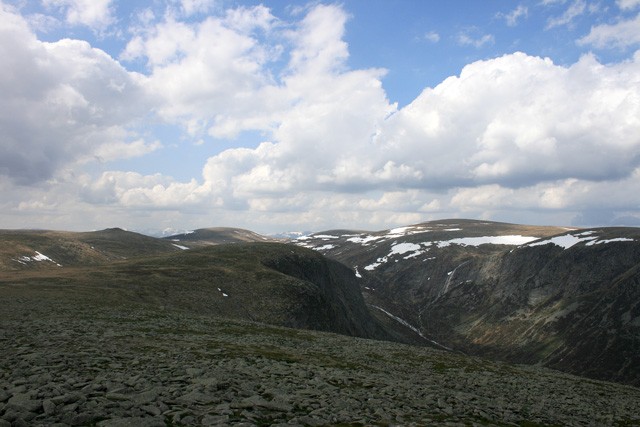 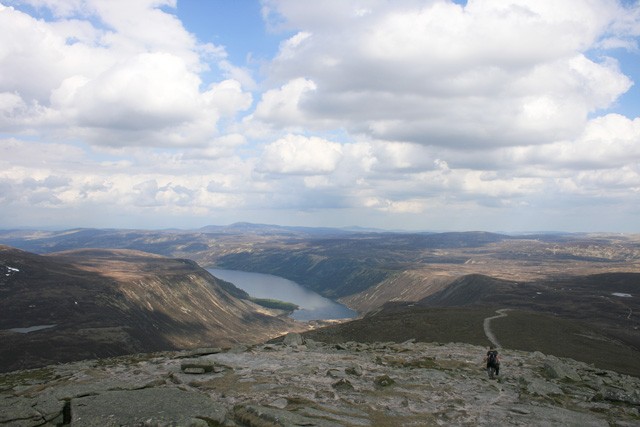 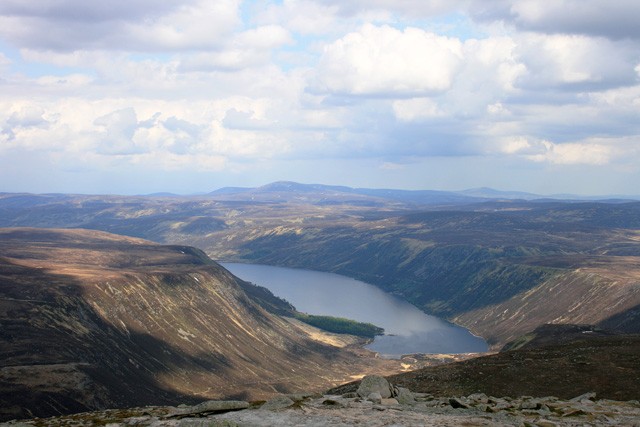 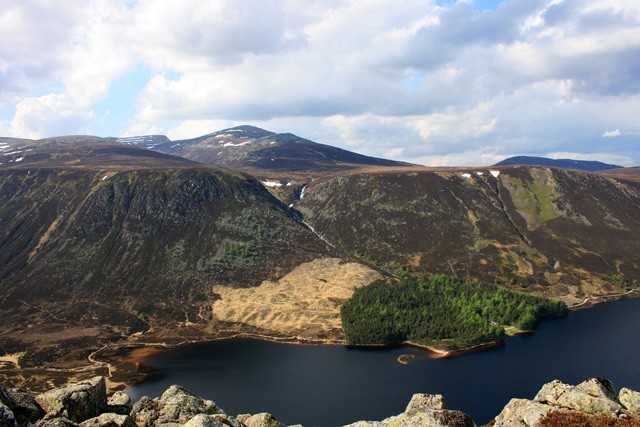 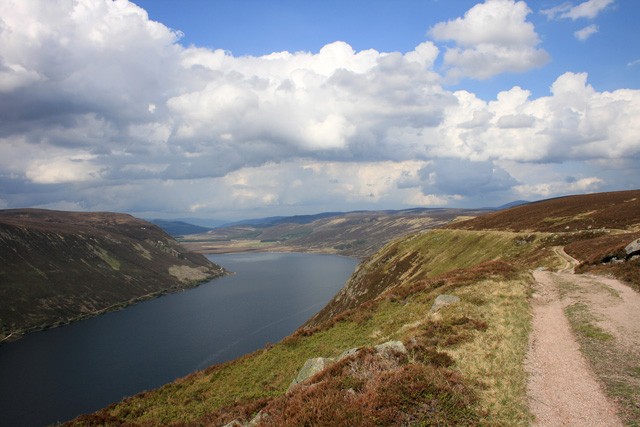 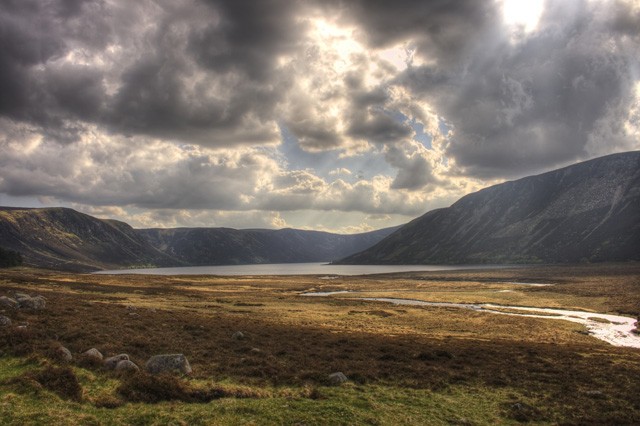 Hi Stretch. Nice report with the usual good pictures. Nice to be able to see the ground.

It was covered in snow last month when I was up there. Shame I missed the crashed aircraft but again it was deep in the snow. Its a bugger of a long walk out

Nice one Stretch! Certainly beats my day on Lochnagar and Conachcraig a few weeks back! This 5 Munro route seems to be very popular with the crowd on here lately! Love that last shot down Loch Muick with the dark clouds gathering.

Cheers Graeme and Monty, I felt really good on Sunday so even though this was a long journey the pain wore off the next day. A lot of people were just up for Lochnagar so I was able to walk alone for much of the 18 miles and on the last munro a very nice guy from a group of Glasgow walkers offered me a swig of whisky!

Nice photos - have you played about with them? If not, I'm impressed at the air clarity. The last week or so over here it has been soooo hazy.

Didn't realise this route was 18 miles. Quite a long day! Did these from Glen Clova (having cycled up from Dundee). Sure that was shorter!

Hi Stretch,
This is a picture from a similar position as your Lochnagar picture on april 25th. Quite a contrast. Hi I did this walk on Friday the 21st, the weather was great and even saw lightning a few miles in the distance.
I didn't realise just how long this route was, so I'm pretty shocked that it is around 30 km!
Felt like all the hard work is up to the saddle near Meikle pap and then the very very long walk from Broad Cairn round the Loch and up to the car park.
Enjoy the pics 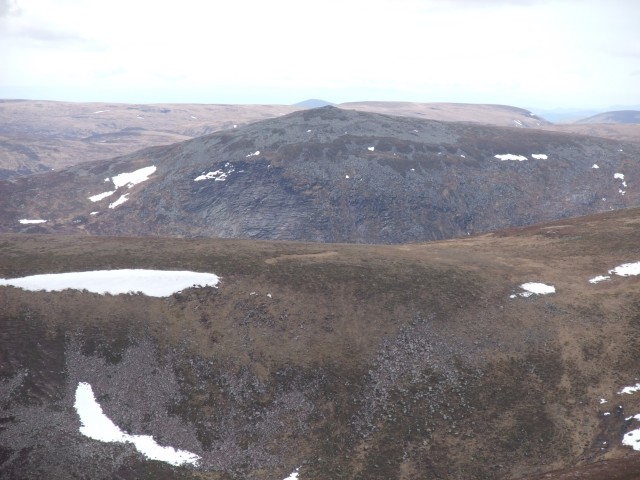 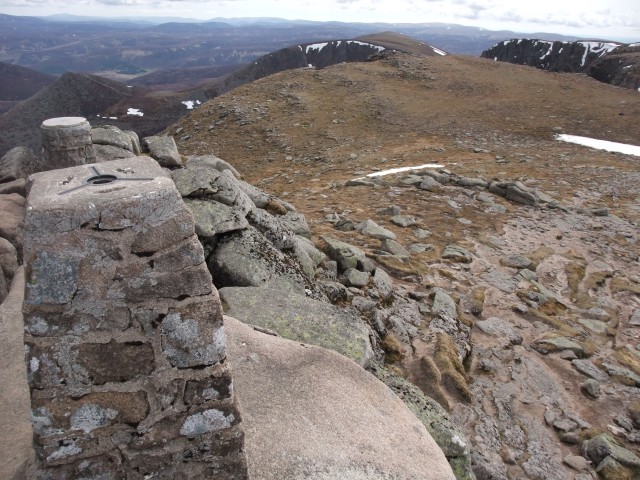 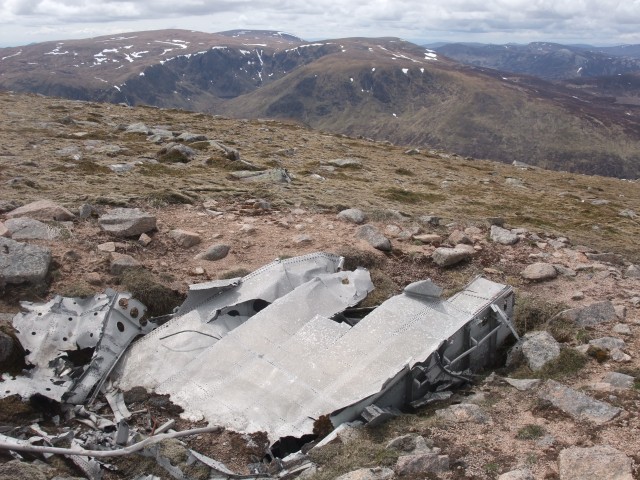 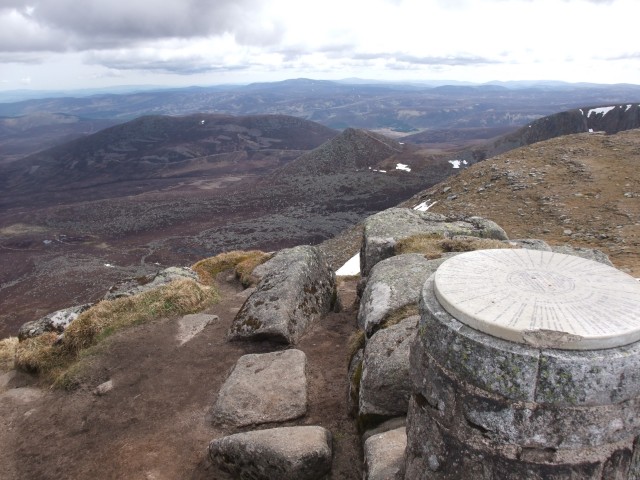 Looks like we had similar conditions kjudge, although I couldn't get a clear photo of Lochnagar's summit due to the fact that a few dozen people were sitting on it with me

Its a great walk, one I would definitely do again, although climbing the rest of the Munros on this route is fairly simple.
I don't know why people choose to have their food breaks on the summit, seems a bit ignorant to me!