Once in Crieff, take the road to "The Famous Grouse Experience". Pass the distillery and continue up the road until it splits to a Y-Junction. Take the left road, (should be a sign for Loch Turret). This road leads to the car park at Loch Turret which has plenty of space (821265). From here there are various options to get up to Ben Chonzie. I chose taking the track on the eastern side of the Loch. This runs for 5km or so and dwindles away at lochan Uaine. If you're feeling fit, take your trainers. you can easily jog it, to stop tedium setting in ! As you approach the lochan, you can see the bealach between Ben Chonzie and Biorach a' Mheannain. It looks worse than it really is, and has no exposure. 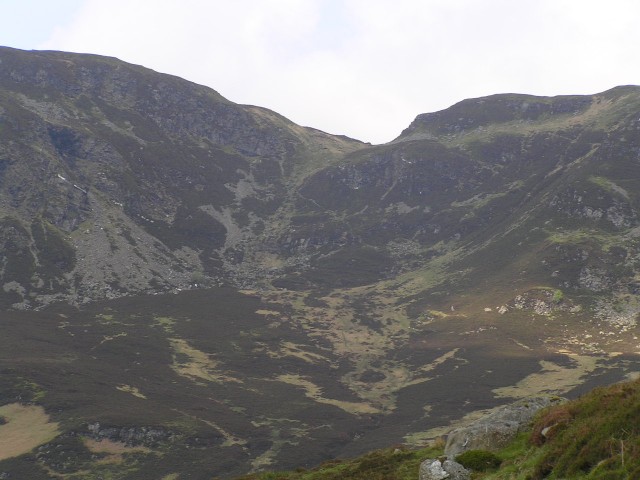 Watch out for the wildlife. I saw loads on toads on the path. 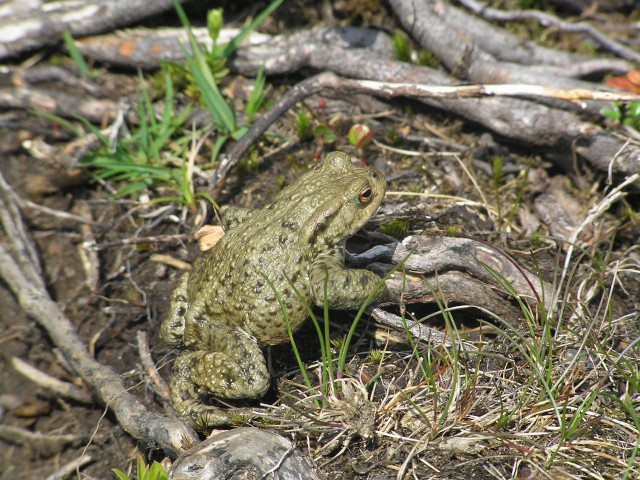 You can easily head straight up this in no time to arrive at the col. once there most of your work is done. You get good views of the loch, and the distant hills. 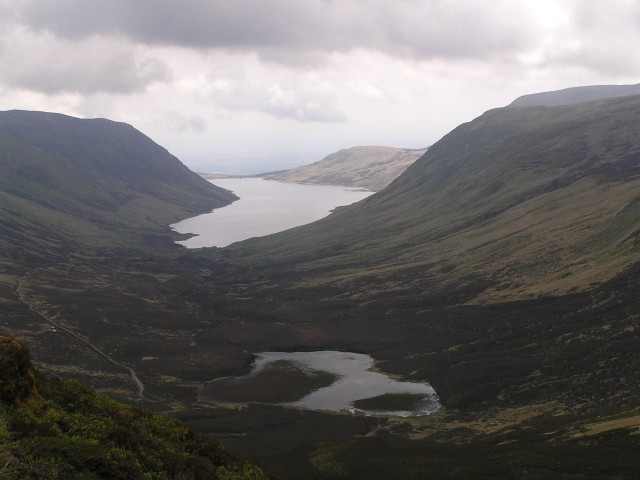 Start the steady climb SW up the broad ridge of Ben Chonzie. You can follow a fence that should lead you close to the summit. you can see good views from here. 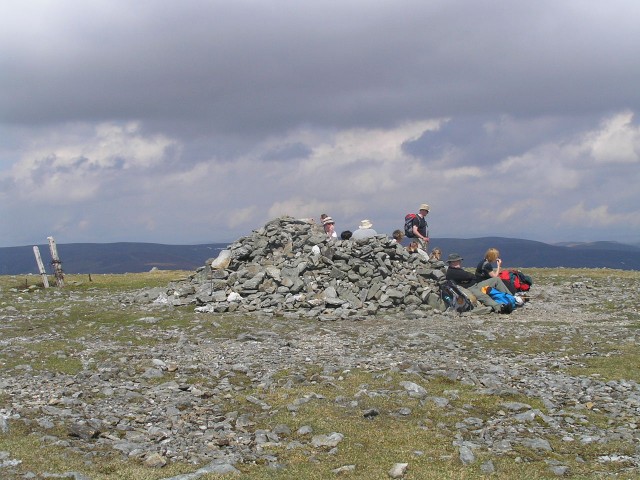 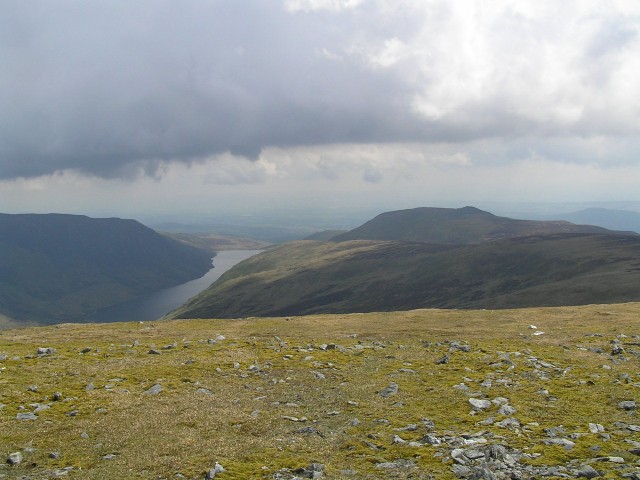 Route back from Summit

From the summit, i headed south, initially going down then ending up in a grassy plateau. this quickly turns into a heathery bog. Hares and hare tracks are in abundance. i saw several skipping around. 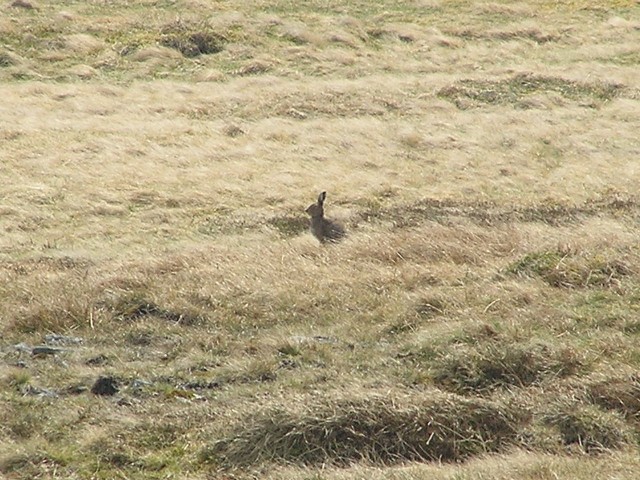 I eventually found a path following a fence after 1/2 hour. I suspect if you head SW from the summit then south, you will probably pick this path up earlier, and probably make easier going !
Go past Meall na Seide, and head towards Carn Chois. Climb the summit, to see a Trig Point. 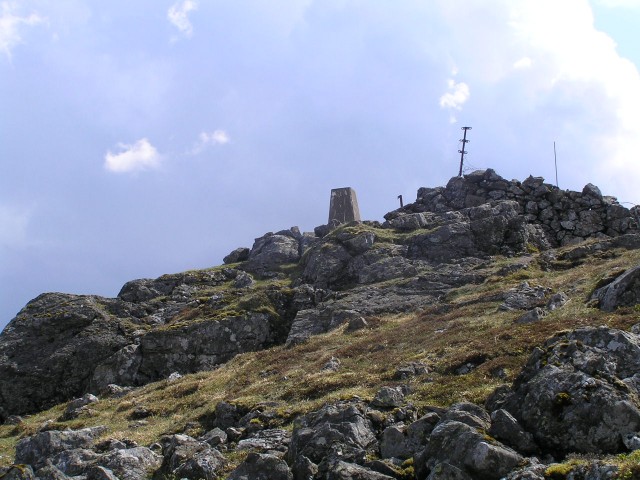 
In good weather, you can see a path heading in a SE direction. This will take you down the slopes to meet a track which leads back to the car park. I also saw a pair of kites here. Be wary not to go too far east from Carn Chois, as the crags look dicey! This route back doesnt seem to be popular. I didnt see anyone. However the route from Glen Lednock seemed busy! 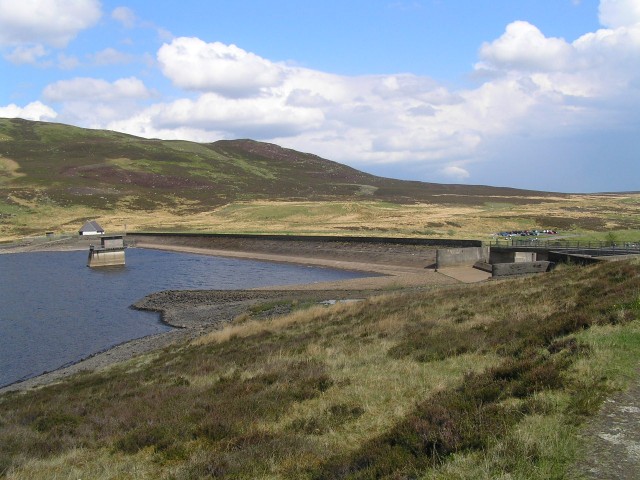 Ignore anyone who says this is the most boring munro! walking (or running some of it!) it this route, makes for a fine interesting 1/2 day walk, with plenty of wildlife. Doing it in fine weather is a bonus!

Nice pictures and a nice report Seamus.. I thought it was quite straight forward and a bit boring but each to his own. Looks like a nice climb from the Beallach.

I'm envious of the weather you got. I did it via Glen Lednock on May 1st and braved low visibility, icy winds and snow. I need to get round to doing a walk report.

I was up at Loch Turret in mid-April and there were massive piles of spawn to be seen, so i'm not surprised there were plenty of toads.

That was exactly the route I took - but I did find a path all the way from Chonzie along the ridge from what I remember. I then slept in the car up at the carpark - was pretty cold at that height! But I enjoyed the walk and was lucky with the weather too. Love that hare pic - totally in context - think I prefer that to close-ups - he looks really alert doesn't he?