Starting from Balsporran Cottage (pictured below as it is only signed "B&B" from the A9) in the Pass of Drumochdar at 500m altitude this sounded like an easy way to bag four Munros in one walk. That was probably true right up to the point where someone decided it was to be the hottest day for 6 months with temperatures reaching the mid to high 20s.

We set off early from Balsporran Cottages to tackle the initially reasonably steep ascent to Geal-charn. The well contructed cairn and wind-break came into view when we were starting to need a rest from the heat of the sun but the relief didn't last long when we realised the true summit was still a mile away. After that the walking was fairy straighforward across the broad ridges that join these mountains together. Of the four, only Sgairneach Mhor has any real character with its large north facing crescent shaped crags that were still holding around 10ft of snow all the way around the rim. We struggled to find a good path down from Sgairneach Mhor and ended up trudging through some soft bits and deep heather. When we finally reached the landrover track that leads back to the A9 the legs were starting to tire but we still had a 5 mile hike in searing heat back to the car.

This was a good day but the sun and the heat really sapped the energy out of us. It's the first time Billy and I have heard Ross, 16 and as fit as a butcher's dog, mention being tired so you can imagine what it was like for two 45+ unfit overweight guys like us!

Here are some pictures of our day... 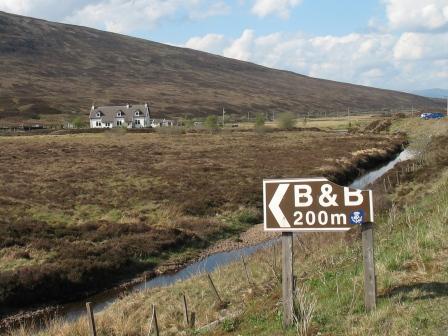 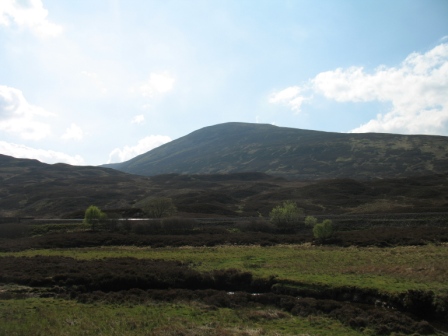 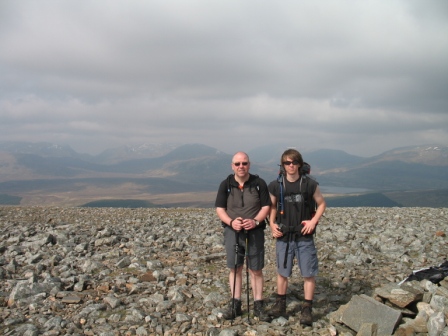 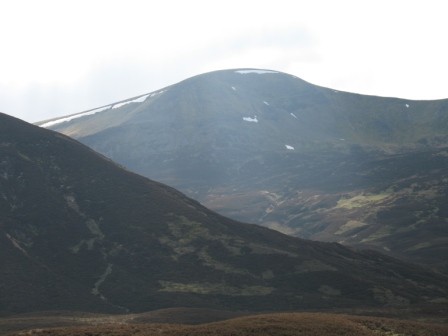 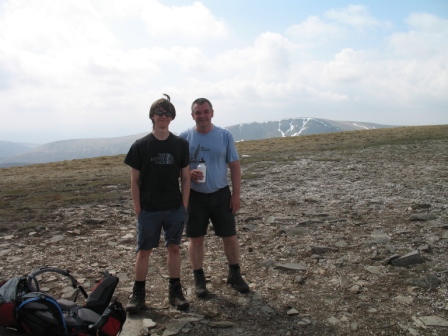 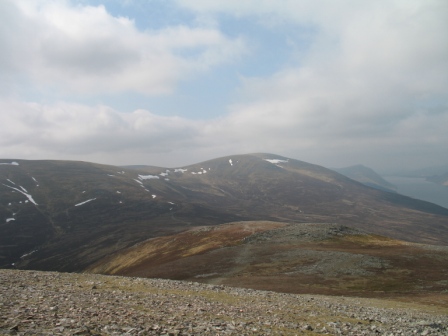 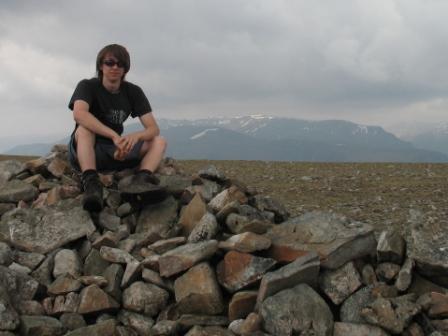 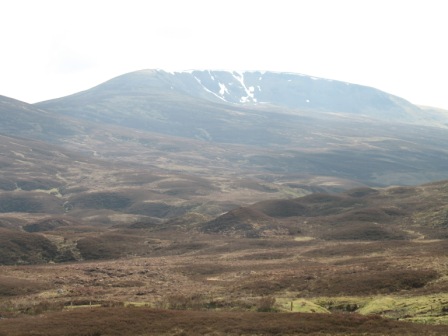 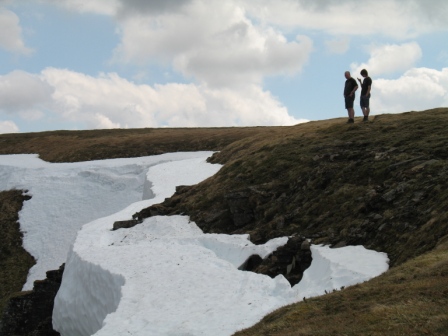 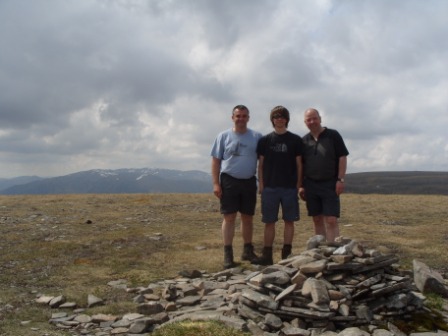 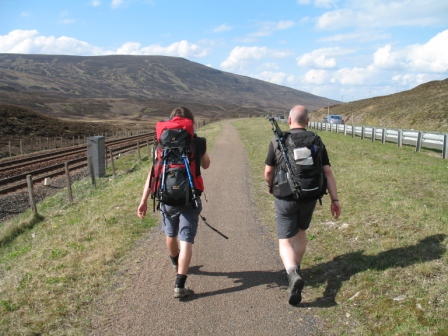 Hi Derek, Its a nice walk but punishing in the heat

I think we al suffered at the weekend with the incredible temperatures. Its a nice 4 though well done