We expected a bit of snow on this walk but not quite this much! 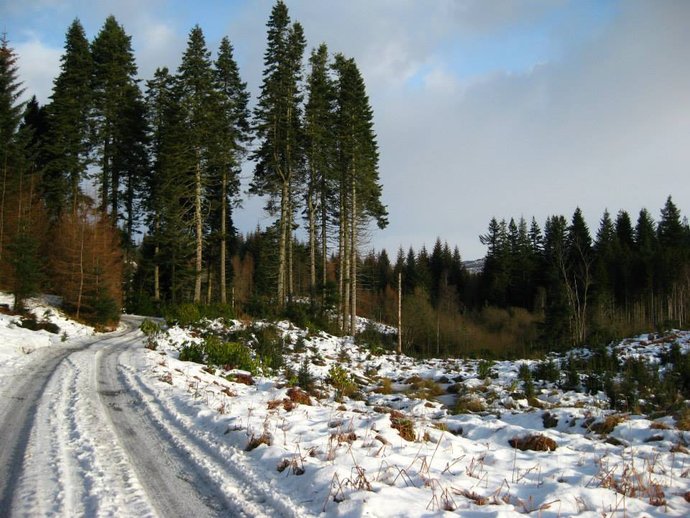 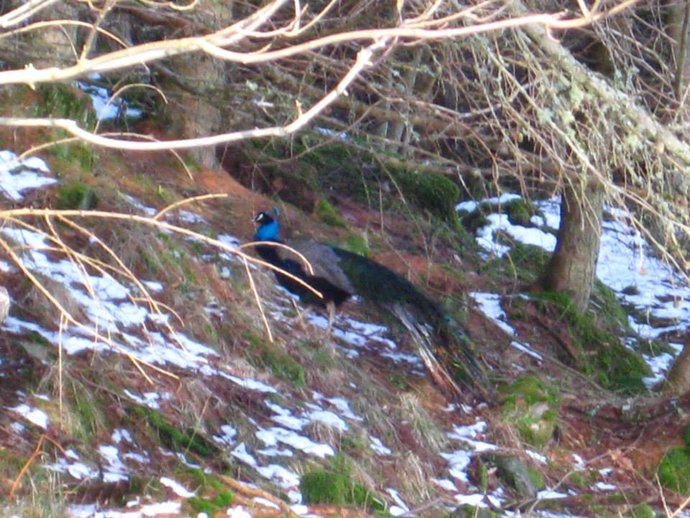 Creatures in the woods by Upper Hatton... Weather better than expected with a cloudless sky near Birkenbaum

Turning right at the foot of Mill Dam, the vehicle tracks sadly ended. A good few inches of soft snow from this point onwards. Mill Dam frozen solid with ice thick enough to jump up and down on (the edge of!) Swans keeping a small section of the water ice-free After forking right onto a path, the snow acquired an intermittent crust... with deep mud and puddles underneath! No sign of the path up to Deuchary Hill under the snow, so we just picked a sensible-looking line, following deer prints (and seeing a several of the deer themselves) much of the way up. With height the crust became much more reliable with a dusting of fresh snow on top - easier going here and no need for crampons. The views from the top were well worth it! Getting to this point had taken a bit longer than expected (partly due to leaving the house late), so we cut the Loch Ordie section out of the walk by heading northwest from the summit to join a track near Lochan na Beinne. This was great fun - sliding on our backsides, rolling and running most of the way, again on a firm crust! 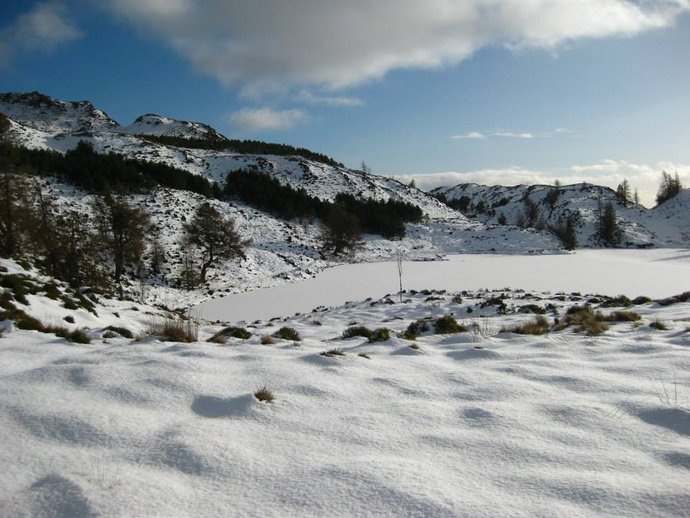 Lochan na Beinne from the start of the track 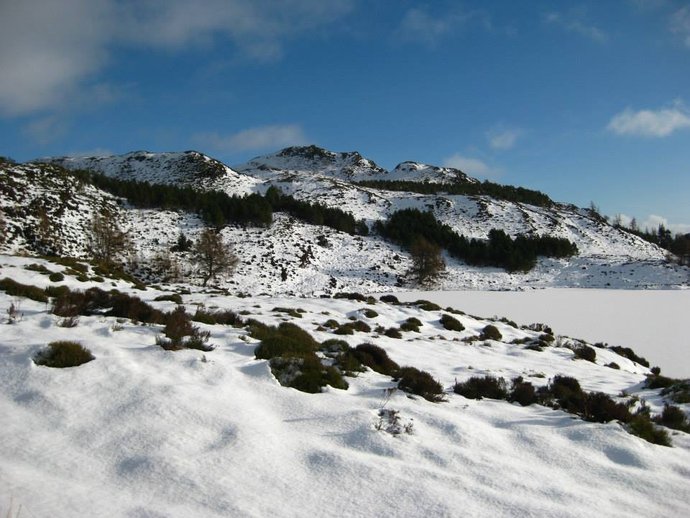 Looking back towards Deuchary Hill

We were lucky with the track here - the snow lost its crust as we descended but the ground was dry underneath. Even so, we were glad to reach the main track alongside Dowally Burn. By contrast this was almost free of snow and ice. Fairly easy going along the valley and past Dowally Loch

The section along Dowally and Rotmell Lochs is particularly beautiful, with the track only a few inches above water (/ice) level. Again, jumping on the ice failed to even crack it. Midway between Rotmell Loch and Mill Dam we had another choice. Straight on was by far the quickest way back to the car park, but involved retracing a few miles of the outward route. Right was quite a bit longer, but gave the opportunity to take in views over Tayside, Cave Pass and new terrain. We opted for the latter which was probably a mistake. Firstly the uphill section to Rotmell Wood was sheet ice underneath a few millimetres of fresh snow. The ice seemed to be caused by water freezing on top of mud, compacted by tractors. The tractors also ensured the edges of the track were just as icy. Walking at a snail's pace we finally reached the top, where (now facing slightly west) the snow had melted. Ice gave way to deep mud and huge quantities of animal much - occasionally still hidden by patches of snow. Not nice.

On the other side of the trees, the downhill section facing Tayside was sheet ice again, this time on a steeper gradient and with no fresh snow on top. Even more slippery than the ascent and it must have taken about twenty minutes to get down the last few hundred metres!

A long section of flat track followed, due south on better snow. Sadly the tracks leading over Cave Pass were very overgrown with deep snow, so we stayed on the main track (as per the walkhighlands route) towards the tarmac road at King's Pass. No great hardship, with a few more deer in the woods and reasonably easy going. Left along the road, which has a saddening number of roadside memorials. Polney Loch was soon reached. With the car park only a kilometre away through the woods, we took our time around the loch as the sun started to set. Difficult going at times, but a great winter walk nevertheless.

Great wee hill. I have walked around there a lot but never seen it looking like that.