Snow Boarding in the Arrochar Alps

Snow Boarding in the Arrochar Alps


Checked the BBC weather report for the weekend ......

Keen to take advantage of the excellent snow conditions I had experienced two weeks before I packed my mini snowboard into my 65 litre rucksack along with the steaks, sticks and Cubanistos and headed on down to Arrochar. Arrived at 'Bubbas Creek' and was pleased to see that there was still a huge amount of snow still there from the previous weeks and set about searching for a suitable place to break out the mini snowboard and the Bubba -Q. 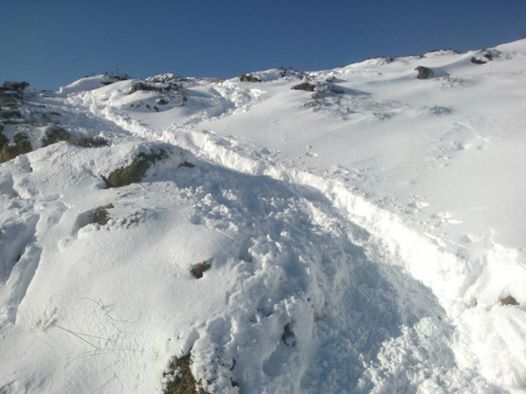 I was glad to see that the regular path was more visible , as the week before it was completely under snow and not as apparent. People had been forging their own trail up to the base of the Cobbler and one had been forced to leap across burns and gaps which were not on the normal route. So it made the going a lot easier as I was yomping my usual heavy payload of steak and beers ready for another winter Bubba -Q in the snow. Bumped into Martin who introduced himself having recognised me from my previous walk reports. He was all geared up with the crampons and ice axe as were many others that day. We exchanged words and took a few snaps and then carried on our way.

Shortly after, I stopped for lunch just off the path at the head of a mini snow drift with an ideal incline to try out the snowboard and fired up the Bubba-Q after sticking the beers in the snow to chill.

As I was munching my Ribeye wraps and French onion soup I noticed a couple of lads with skis and a dog coming down the path and pointed out the potential of the slope for them to try out their skiing techniques .

They came over saw what I was talking about, kitted up and took off down the slope for about 100 meters of free style skiing.

I was enjoying the day and decided to pack up and head down to catch the 2pm bus back to Glasgow, but unfortunately just missed it as I reached the bottom of the track.

Special mention to Gordon fae Ibrox for giving me a lift back and saving the day.

There's a Ribeye with your name on next time we cross paths in the Alps.

It's great to see the 'Kindred Spirit' is still alive and kicking out there in the hills and I have met so many great characters and friends whilst out hill walking.

We all share a ' common bond' which is the Great Outdoors! I never tire of walking in these hills ...it's always an adventure

Until next time ....watch this space!

Re: Snow Boarding in the Arrochar Alps

hi bubba nice to meet you , hope that you had a good day , martin .

Re: Snow Boarding in the Arrochar Alps

Nice one Bubba. Glad to see you enjoying even better conditions than I did!