Second day of the weather window. Definitely better than a day in the office! Met Geo (MunroMadmen) on the A85 and set off around 9. Absolutely fantastic conditions all day. The start of the walk takes you through a farmyard (watch out for the bulls). Then a fence line leads you across moorland that must be an absolute bog fest in summertime. Today though there was good snow cover down to below 400m. Quite a slog up to the top (crampons went on around 700m). Below 700m though the walk was exhausting as often the snow would give way under foot. 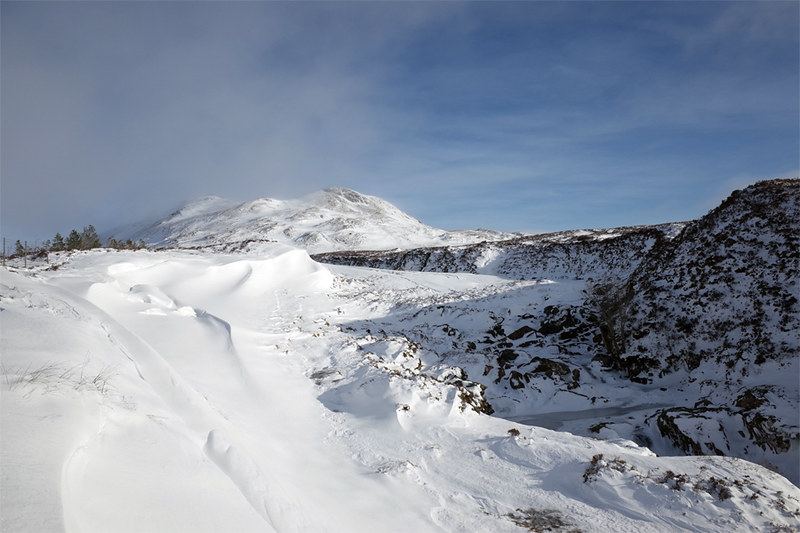 
Geo descended after Sgiath Chuil and I decided to go on and bag Meall Glas. A bit of a race against the clock. Took roughly 2 hours to get from Sgiath Chuil to the trig at Beinn Cheathaich. From the col up to the trig was a real test of endurance - I was absolutely knackered and moved quite slowly up from the col. Though the conditions could not have been better I had forgotten how much more of an effort is required walking in winter. The descent from Sgiath Chuil is steep indeed and takes you to around 600m so there's a lot of height to regain. 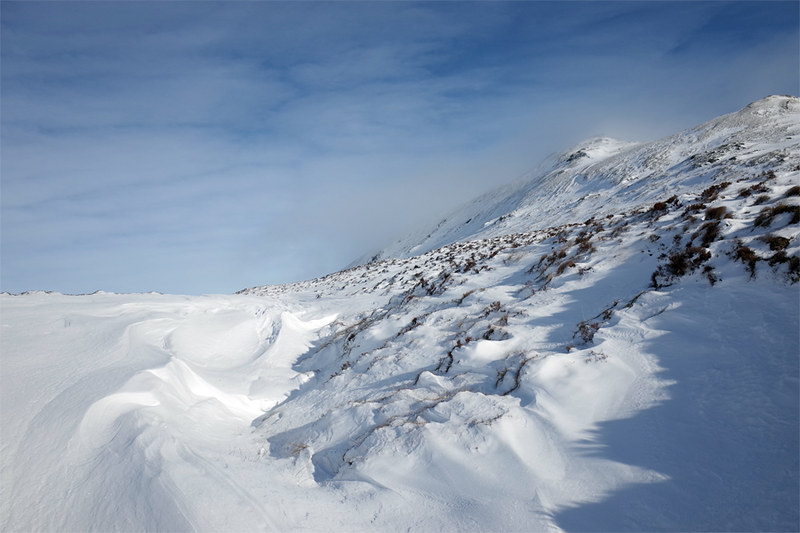 
Quite a surreal experience to be alone in such a fantastic and remote landscape - after leaving Geo at Sgiath Chuil I didn't see another soul all day. At the trig I consumed a huge slice of Christmas cake (mum makes one every year - absolutely ideal fuel for winter hills) which gave me the energy to speed over to Meall Glas. Foolishly, I did't take the most direct descent route and ended up retracing my steps along the fence line by the plantation - I should have head more directly south. Near the farm the snow would occasionally collapse into the bog beneath. I also made a completely school boy nag error right near the end taking a land rover track to nowhere for a few hundred metres after taking a wrong turn near the farm. 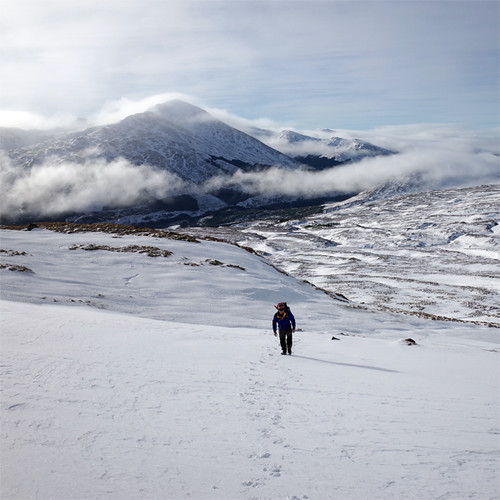 Geo on the ascent of Sgiath Chuil, Ben More in the background


All the guide books mark these down as dull, uninspiring hills. I can see how that would be the case in summer conditions but am glad that I bagged them on such a stunning winter day. Ideal practice for a novice winter walker. I think I will save the other munros round Glen Lyon for the winter as well. 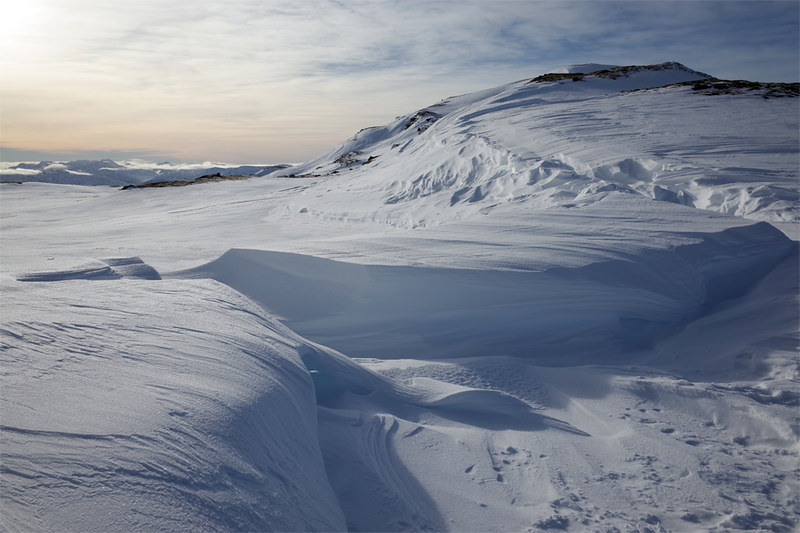 SBK2.GPX Open full screen  NB: Walkhighlands is not responsible for the accuracy of gpx files in users posts

Beautiful pics, not quite the same as being there though. Lucky devil.

Great report Sean and cheers for a classic day out amongst some spectacular scenery, oh and by the way I took the landrover to nowhere track to

I daresay someone has worked out how many extra calories you burn by walking on soft snow, all I know is that you have to lift your feet up higher and that is tough