320m of ascent according to the map but if you took into account the up and down due to the boggy tussocky bit in the middle you're probably talking twice that. At least. Actually, that's an exaggeration because the frozen ground provided the mixed blessings of solidifying a lot, but not all, of the bog and of turning the path into an icy runnel.
So I struggled over that first bit but once onto easier ground I had a really enjoyable walk to the top. The MWIS forecast for the Cairngorms wasn't that encouraging but on the Buck, a Cairngorm/mounatin wannabee, things were fairly tame. Yes cold and frozen at the bottom but pretty springy higher up.
And the views, the views on the way up are amazing and, at the top, twice as amazing. On the way up you have a panorma of Rinnes, Convals, Bin of Cullen, Knock Hill, Foudland Hill, Tillymorgan, Waughton, Bennachie and co. That middle bit was particulary interesting to see as my first four wee walks this year were in amongst that lot.
At the top the wind became a lot more noticeable and blowing a bit of gale but only at the trig point (that sits atop a sort of tor); just below was really quite calm and cosy. Aside from the eye catching snowiness of the distant Cairngorms the other thing to catch the eye was a windfarm to the south east. Who put that there? Sure it wasn't there in 2012, last time I was here.
Anyway, that lovely northern panorama is perfectly complemented at the summit by an equally lovely southern panorama. Looking the the map I see there is a possible route over to Glen Buchat too -that would be a fine walk.
The way down was a lot easier, the lower ground having warmed up a bit and the heather acting as a cushion and break rather than the obstacle course it had been on the ascent.
All in all a great morning walk and a great destination if you like a view. 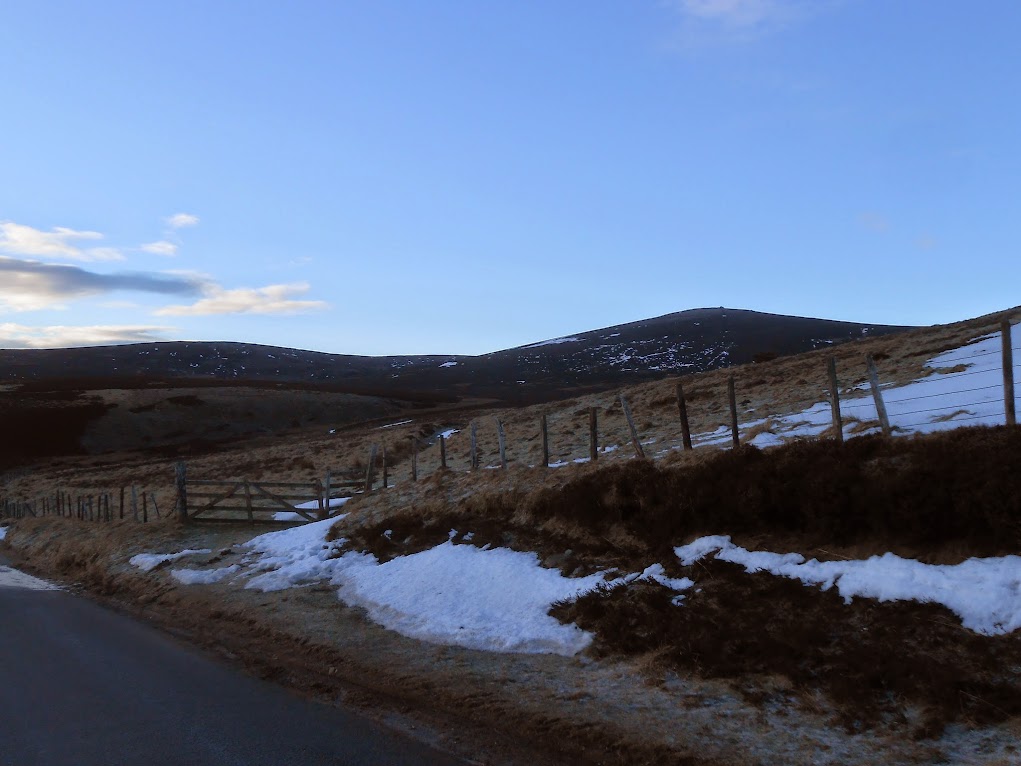 The route goes pretty much over the gate and up to that pimply high point. 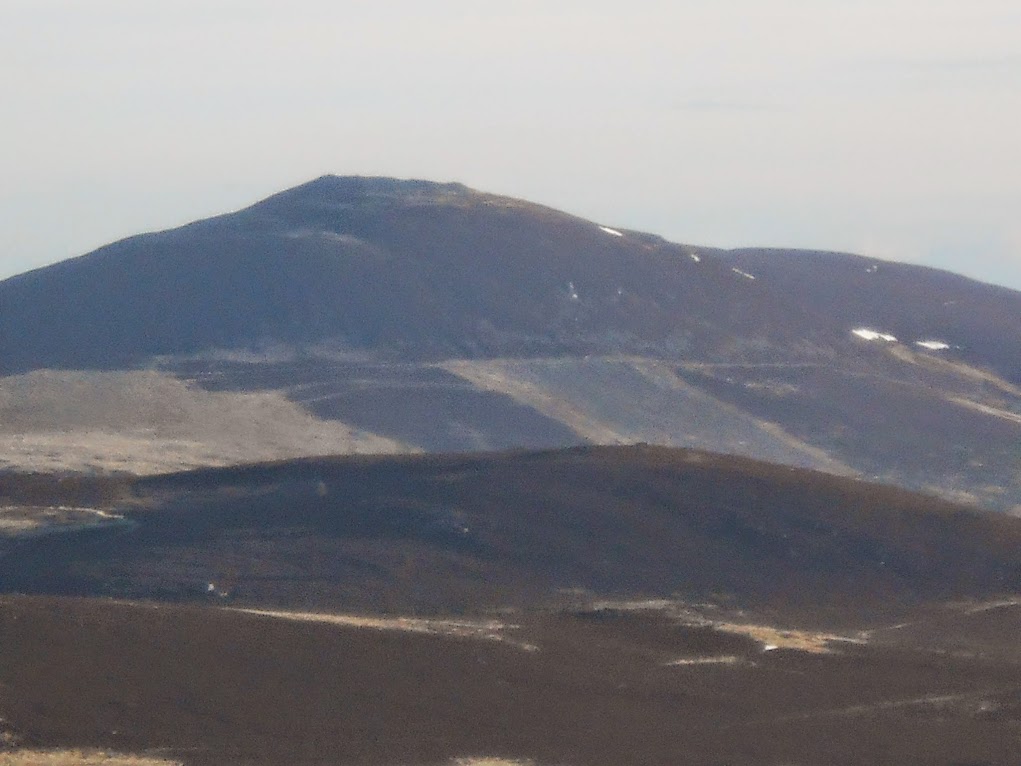 I think the view of the Buck from Tap o' Noth is great but this reciprocal view is less impressive. 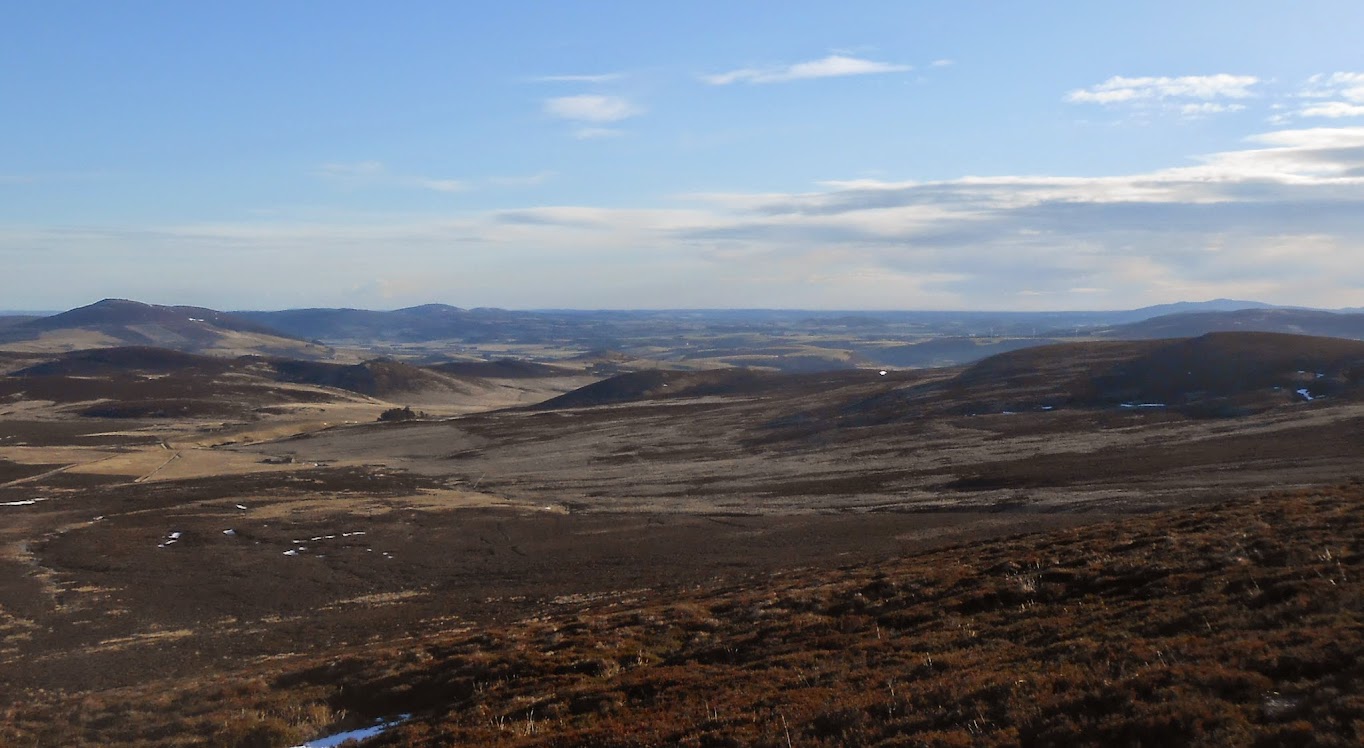 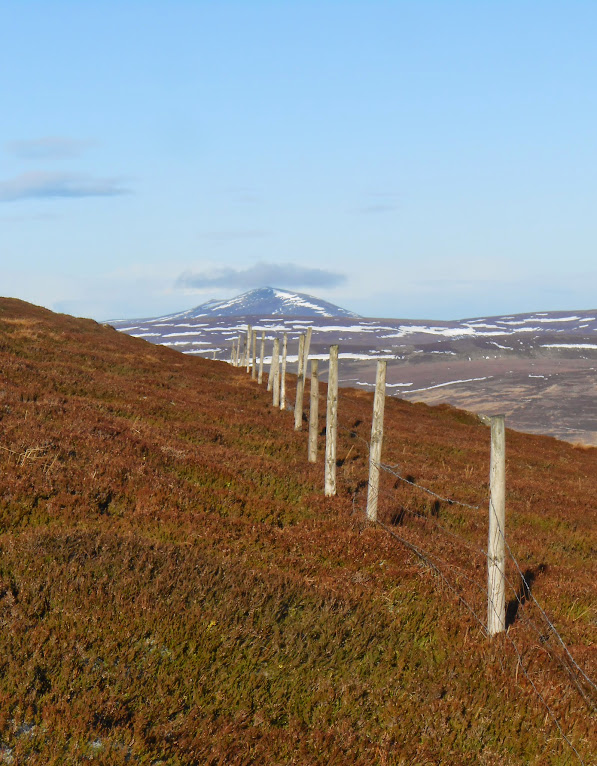 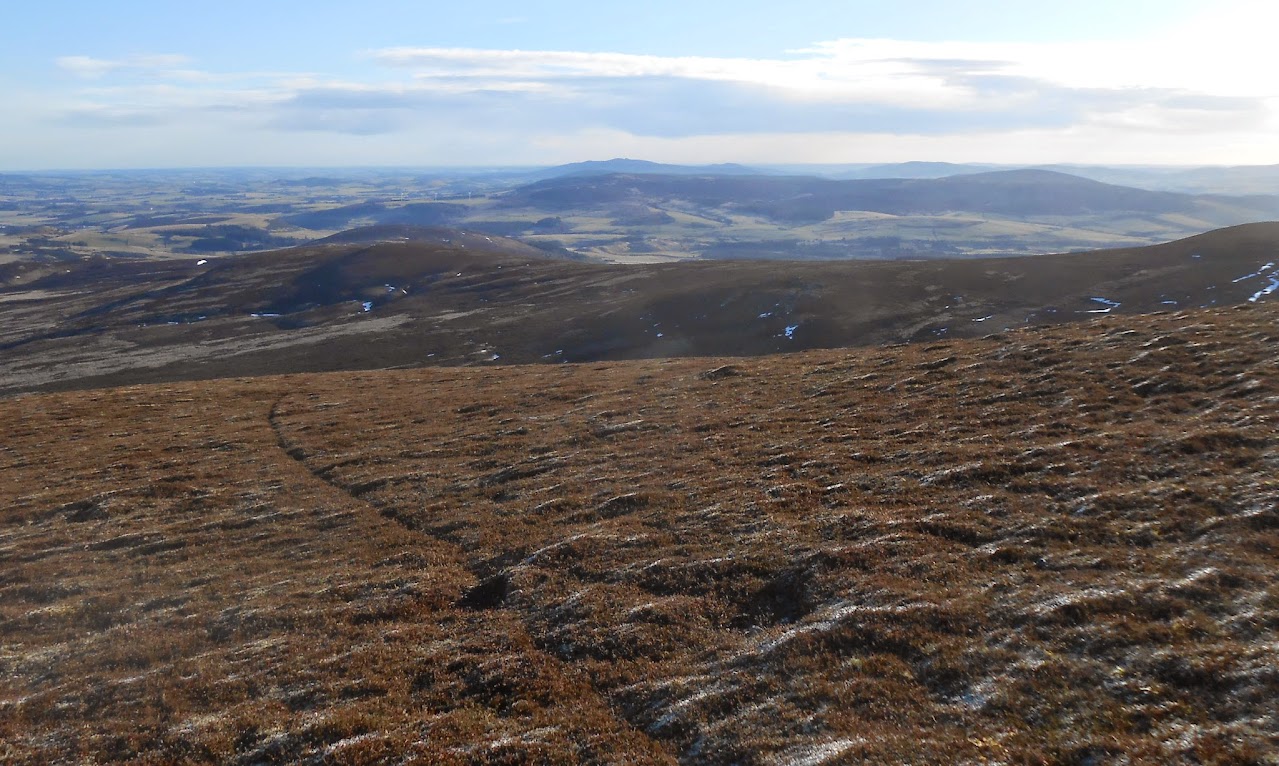 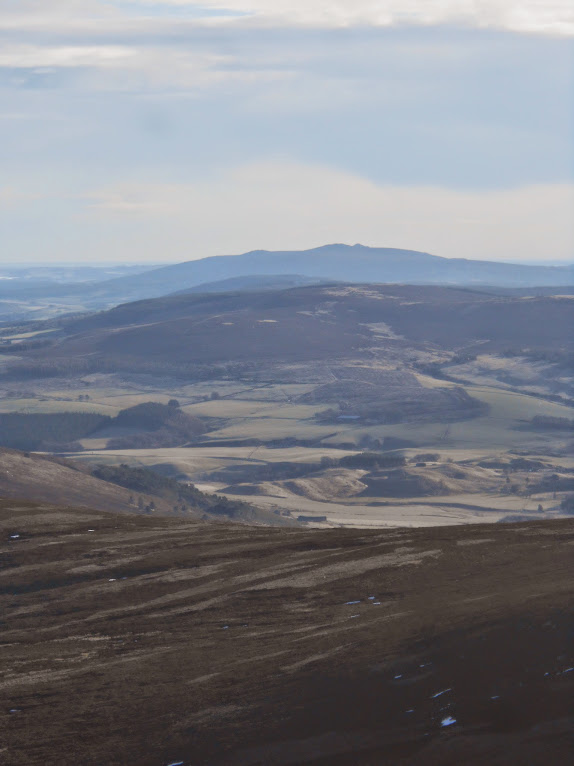 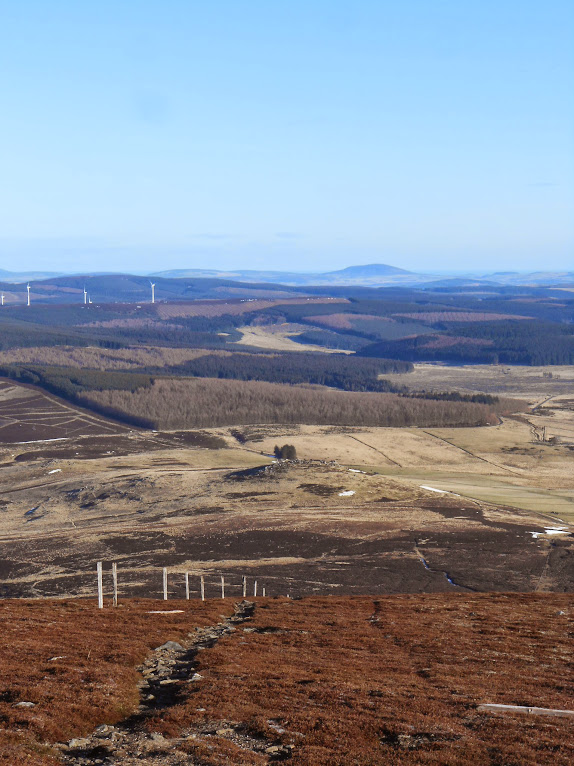 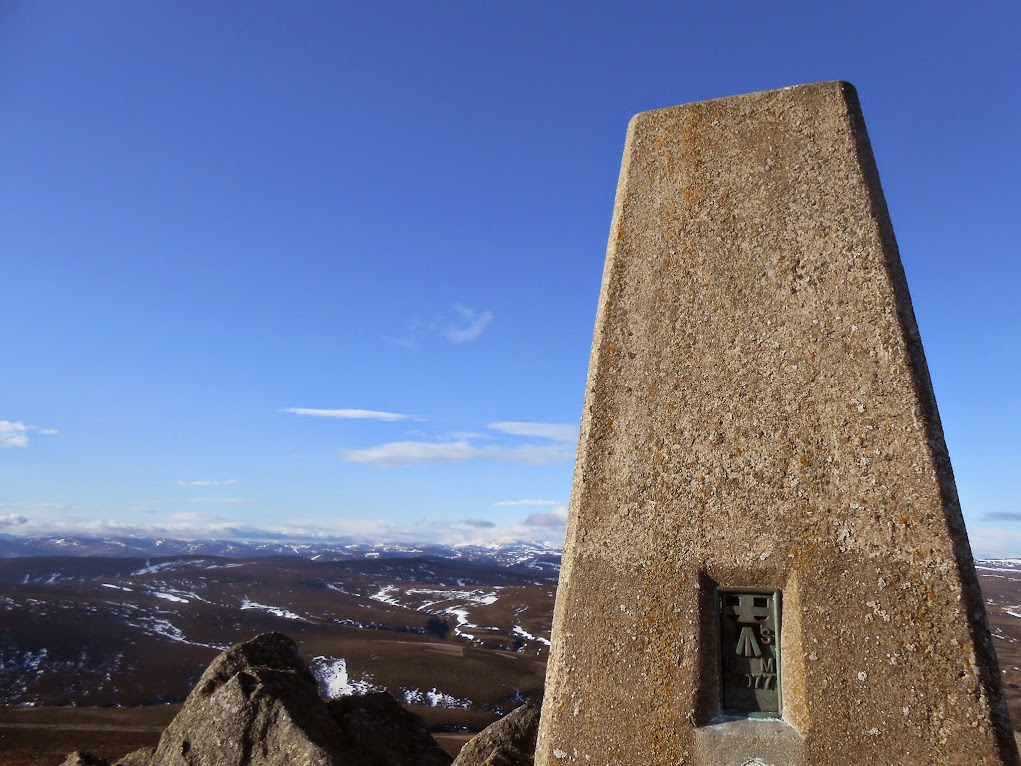 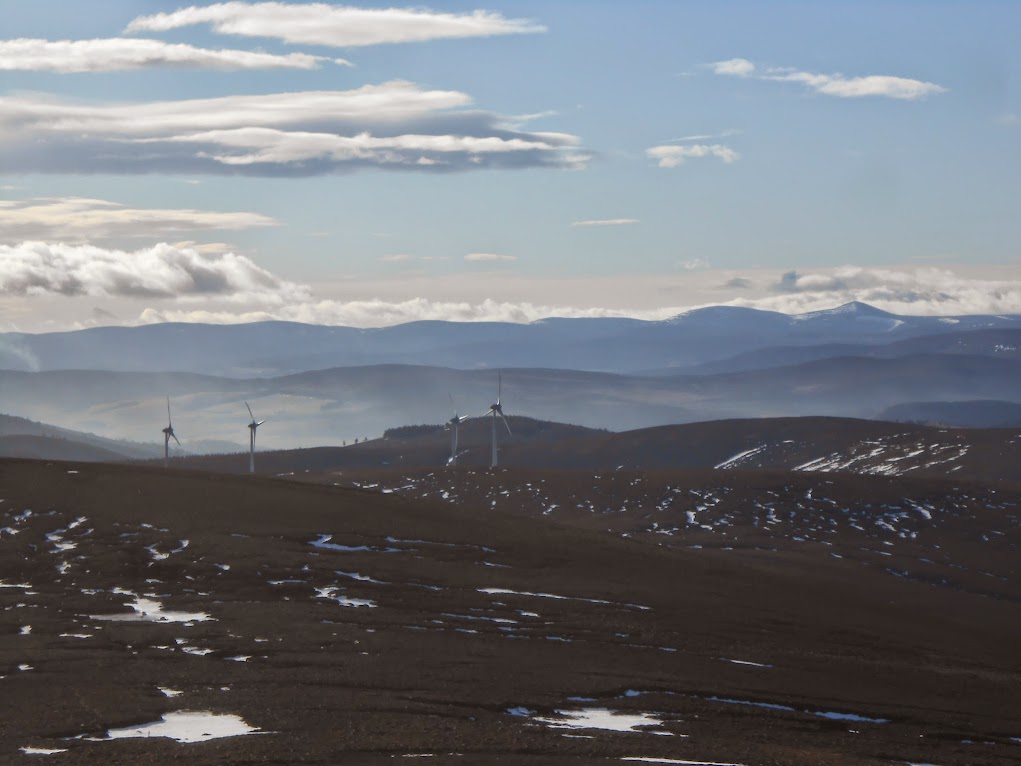 Who put that there? 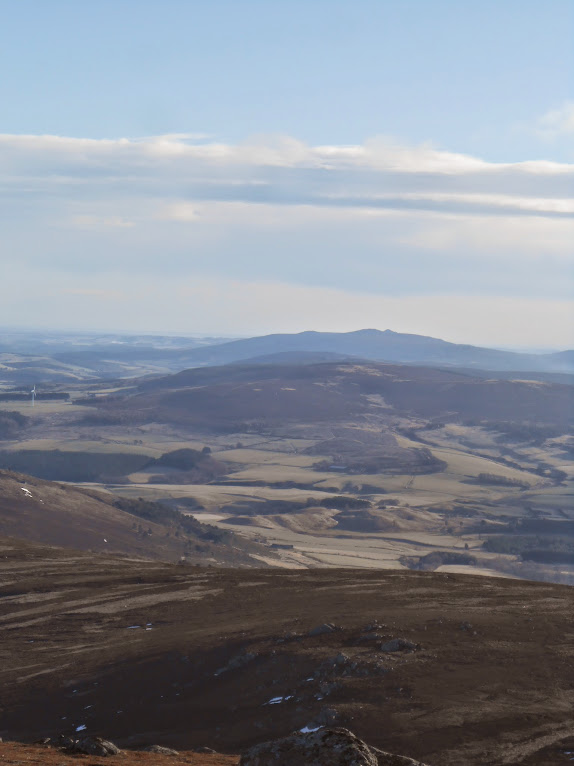 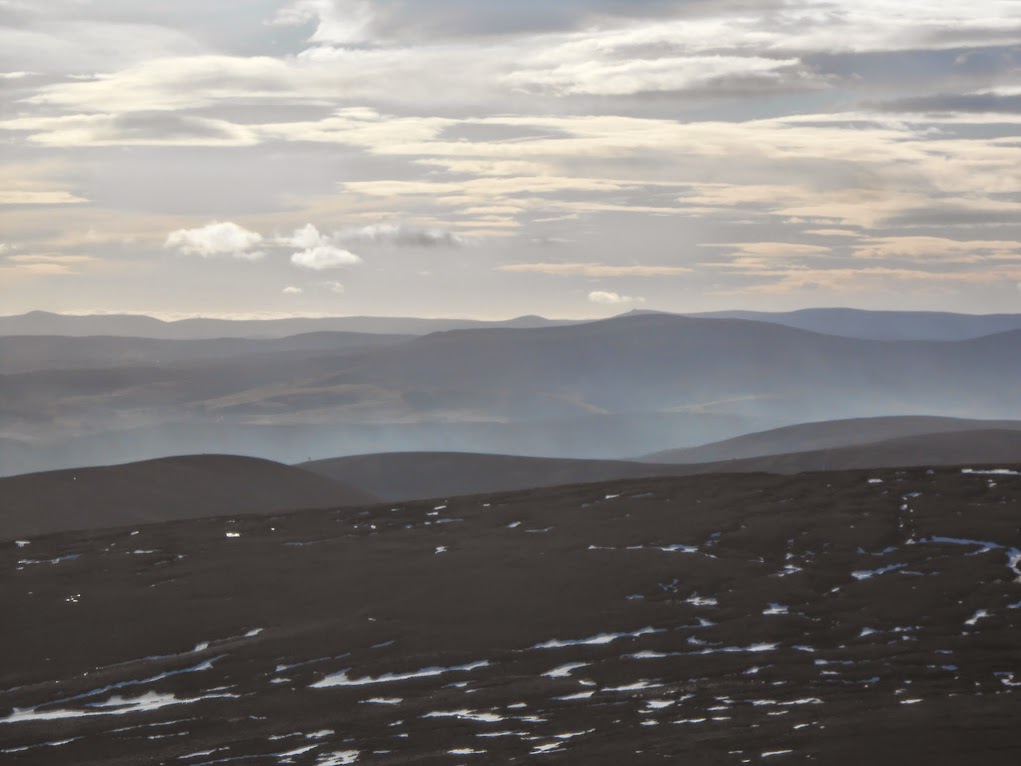 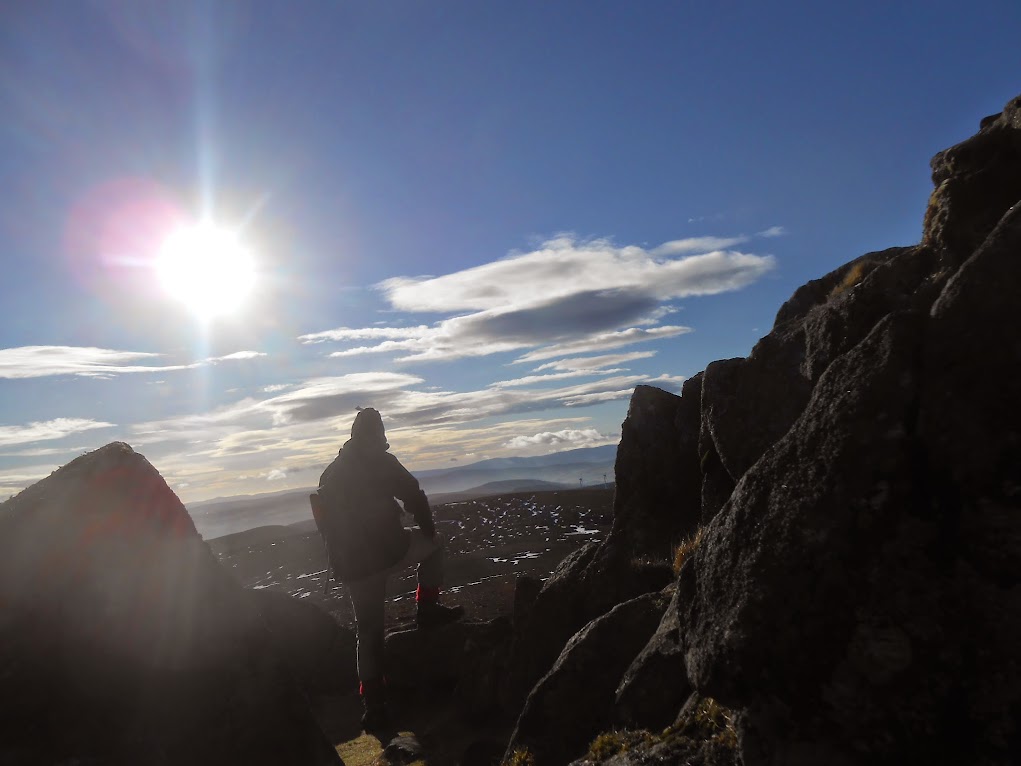 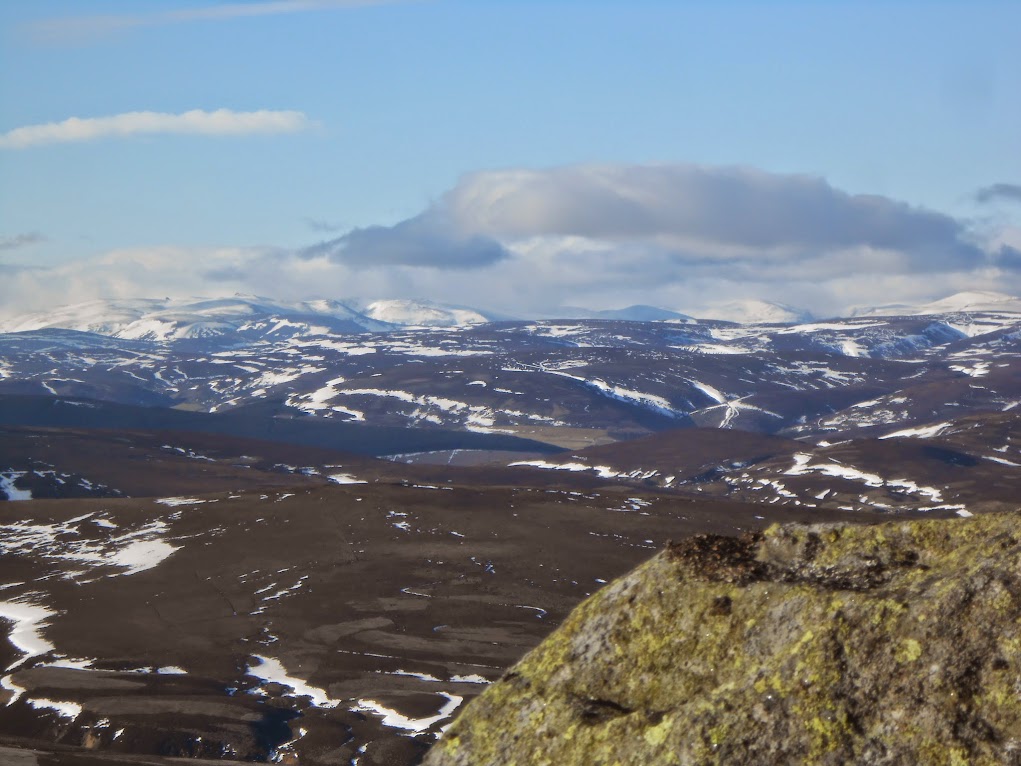 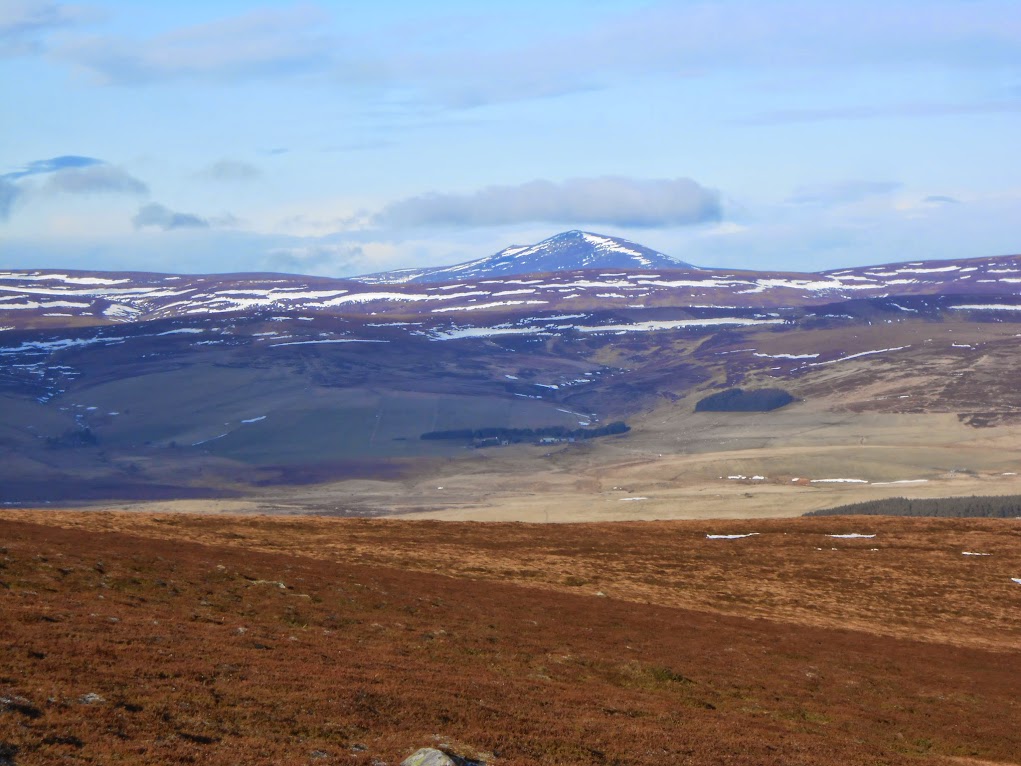 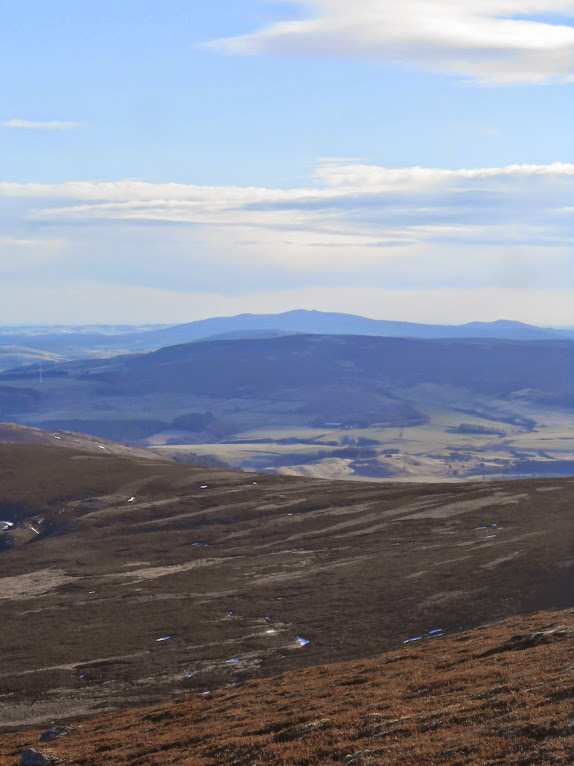 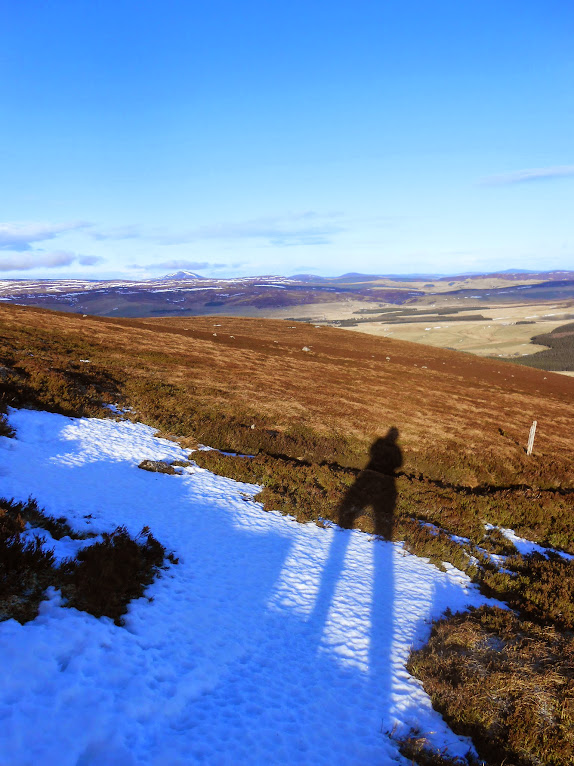 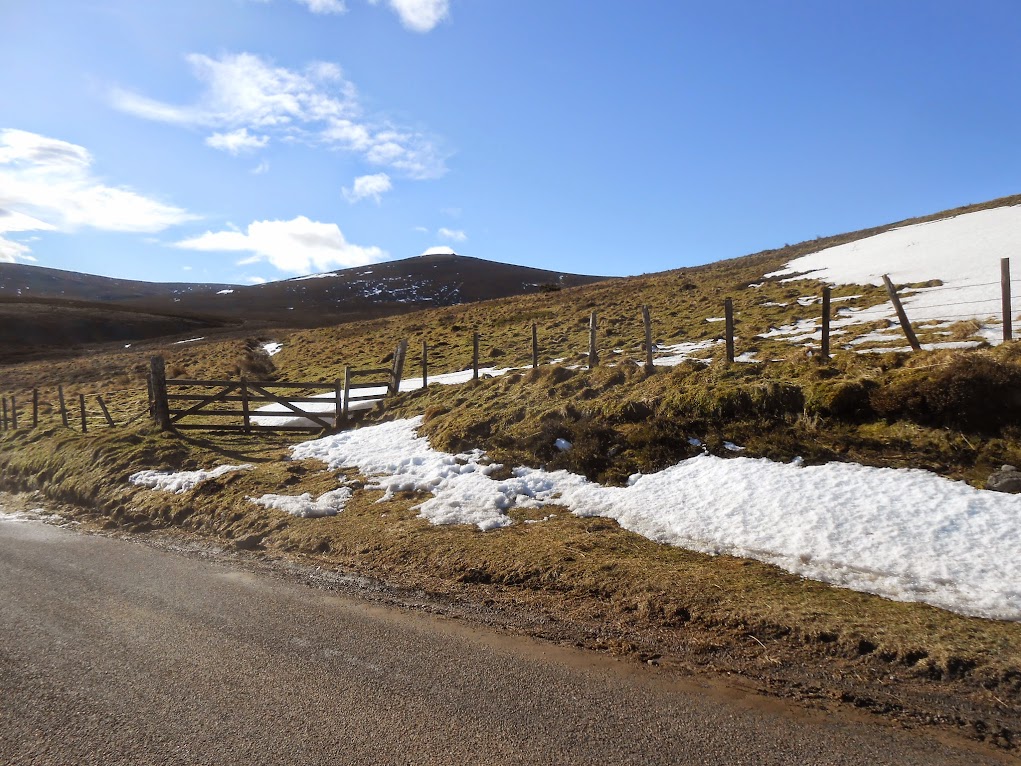 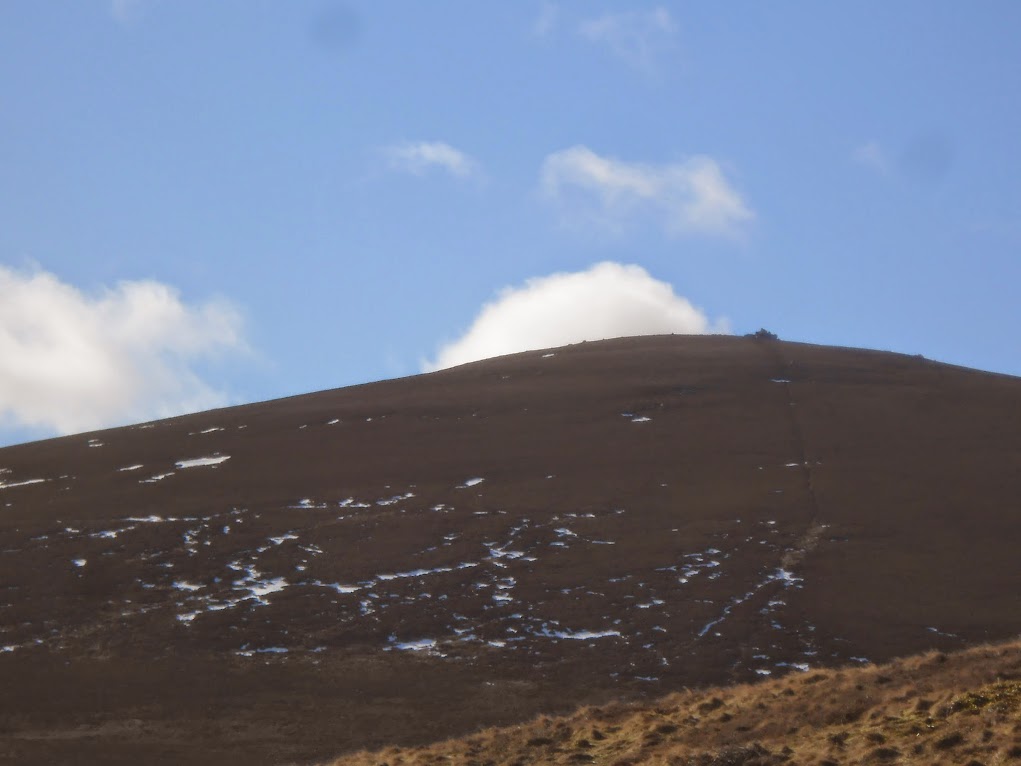 Some great photos - a real bogfest though

Yes, definitely best on a clear day to make the bog trot worthwhile.

Where's all the snow gone? A good hill to do after a hard frost, I guess

Just remembered I forgot at the time I had a wee tripod in my pocket and I spent ages trying to get the camera to sit level.

rockhopper wrote:Looks a worthwhile wander - some cracking views esp on such a clear day - cheers

I think the continuation south would be good too but not sure if there's a WH description of such a walk.

The Rodmiester wrote:Where's all the snow gone? A good hill to do after a hard frost, I guess

Fresh dump of snow yesterday morning. At the moment I get the sunrise over the Bennachie-Buck-Tap o' Noth skyline on the way to work and it was looking mighty impressive.