Around Golspie: Ben Horn and Creag an Amalaidh

Around Golspie: Ben Horn and Creag an Amalaidh

I had a small survey to do up at Loch Lunndaidh near Golspie this morning. Seemed a shame to waste the drive while there was a bit of sunshine, so I nipped round to Dunrobin Glen afterwards for a short walk up Ben Horn. There is plenty of parking at Bridge of Horn, where a windfarm developer has built a loop with a new bridge to save destroying the old one.


Ben Horn.gpx Open full screen  NB: Walkhighlands is not responsible for the accuracy of gpx files in users posts
Bridge of Horn: 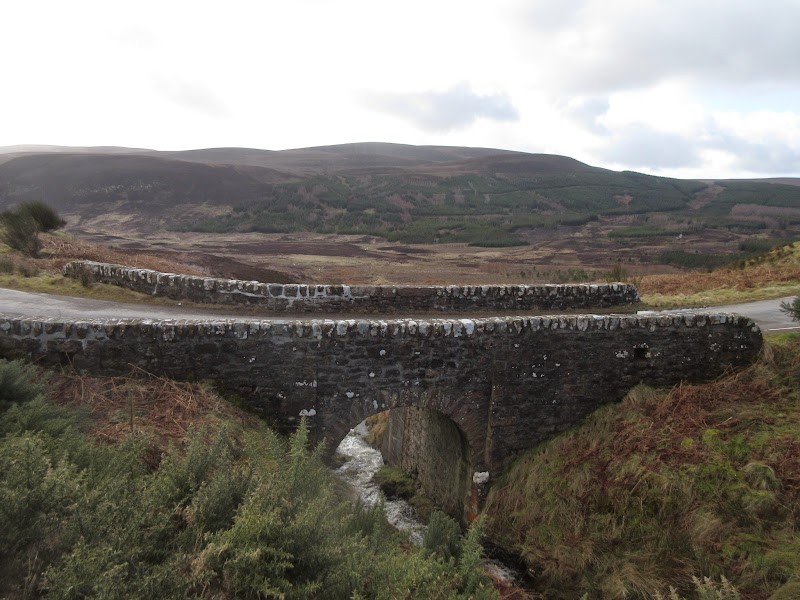 A good track led steeply up through the conifers and past a storage reservoir to Loch Horn. It was pretty breezy up here, and the way ahead was now over heathery moorland. While between the tussocks was wet lower down, this gave fairly easy walking onto the summit. A typical rounded Sutherland hill, although there were a few crags on the eastern nose. 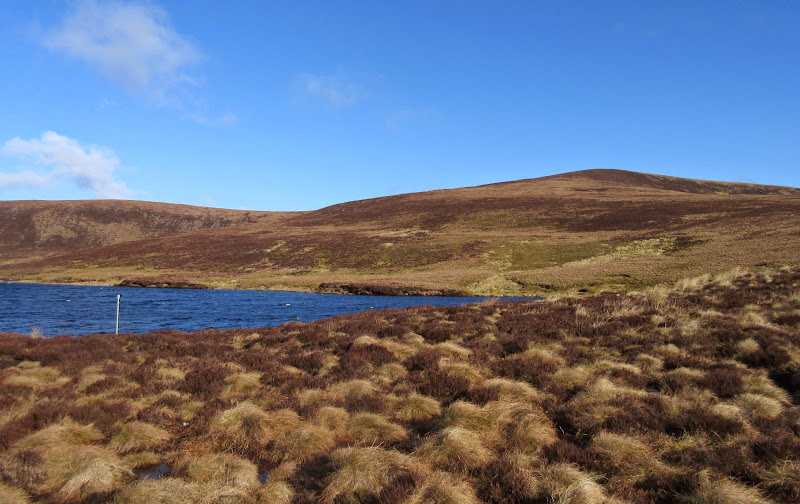 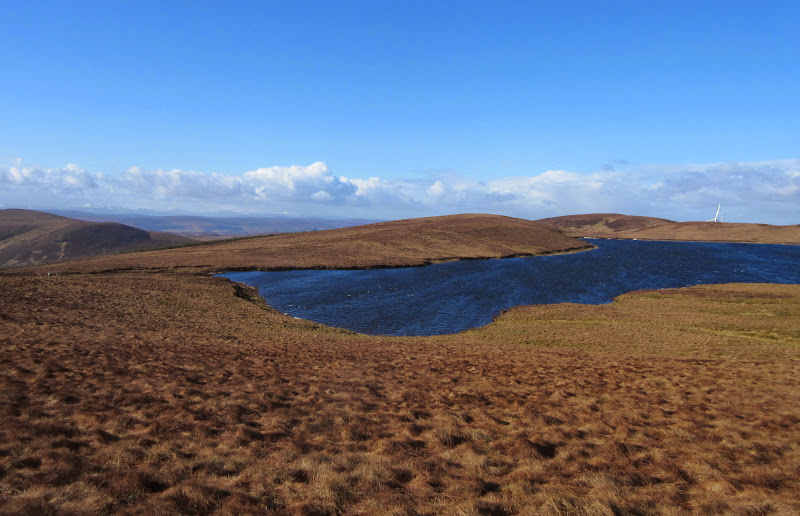 There was too much haze and low cloud around for the best views, but the coast and the corner of Loch Brora looked good and I could pick out Ben Klibreck to the west. Into the wind now, I descended by the same route. 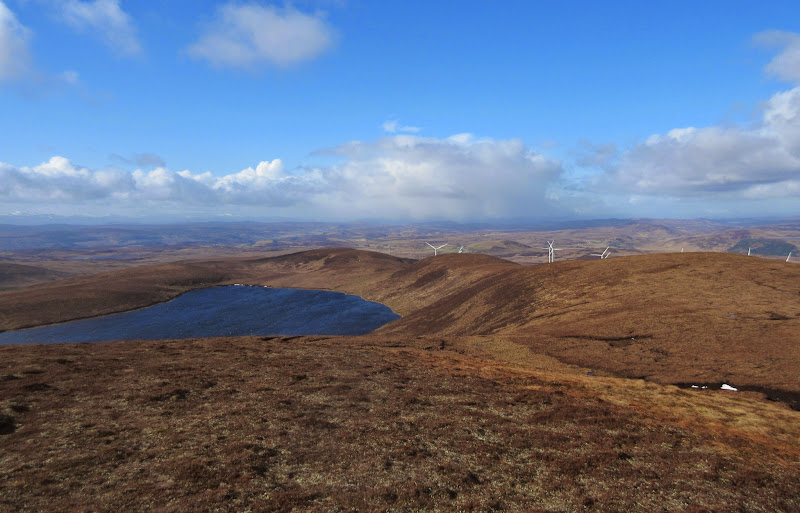 Loch Brora and the North Sea: 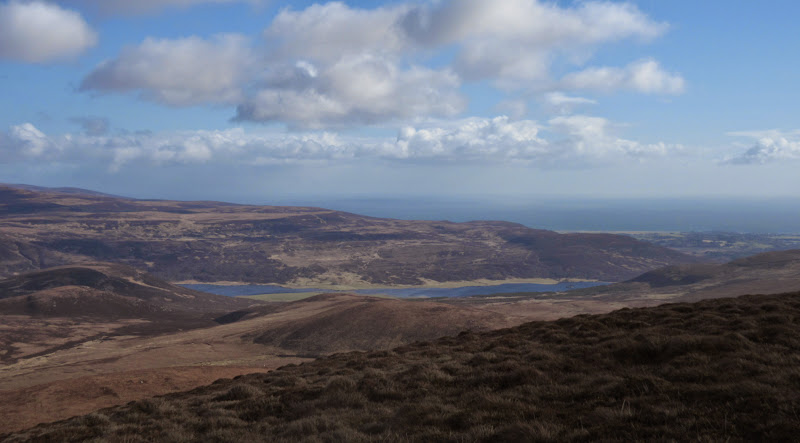 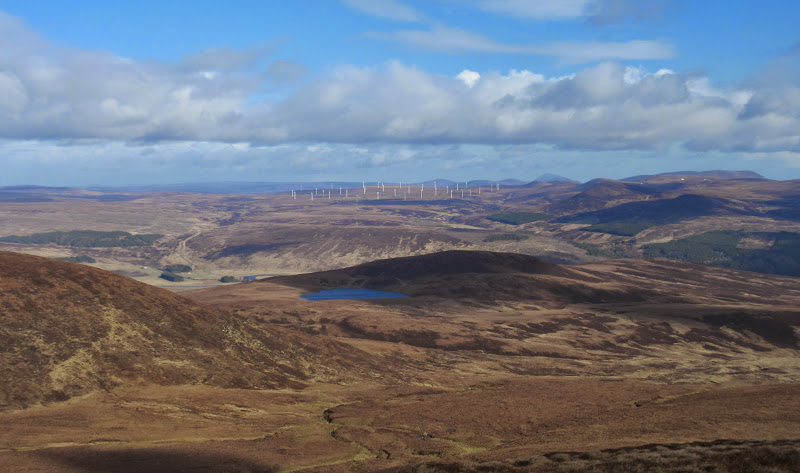 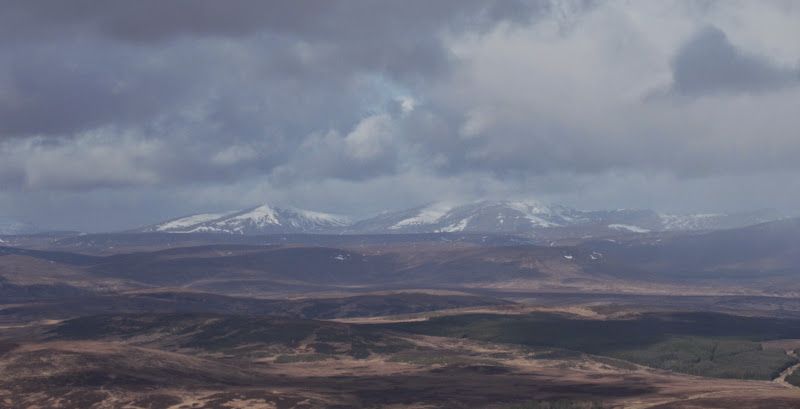 Crags on the eastern nose of Ben Horn: 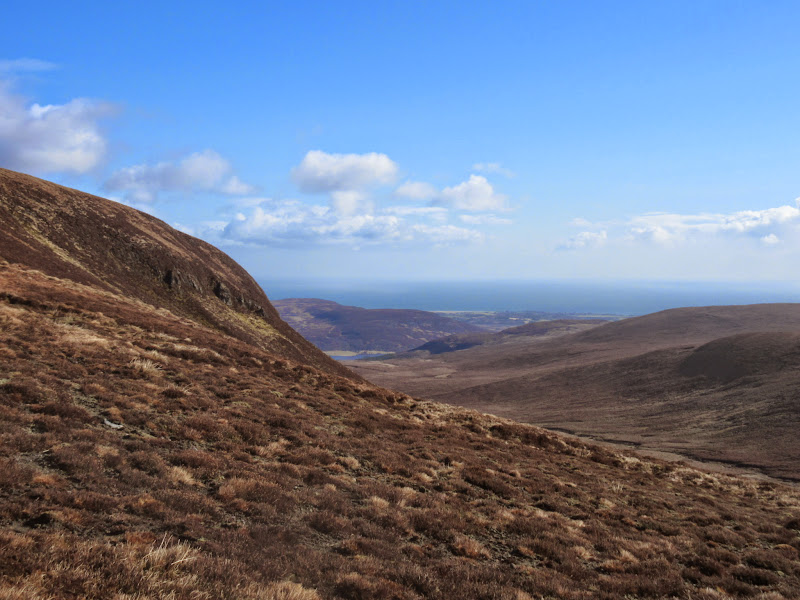 On the way home I stopped at the parking area just off The Mound in Strathfleet. Creag an Amalaidh looked so good from here I decided I would go up it as well, so drove round to the Strath Carnaig road and parked in a large passing place close to the A9.

Creag an Amalaidh from The Mound: 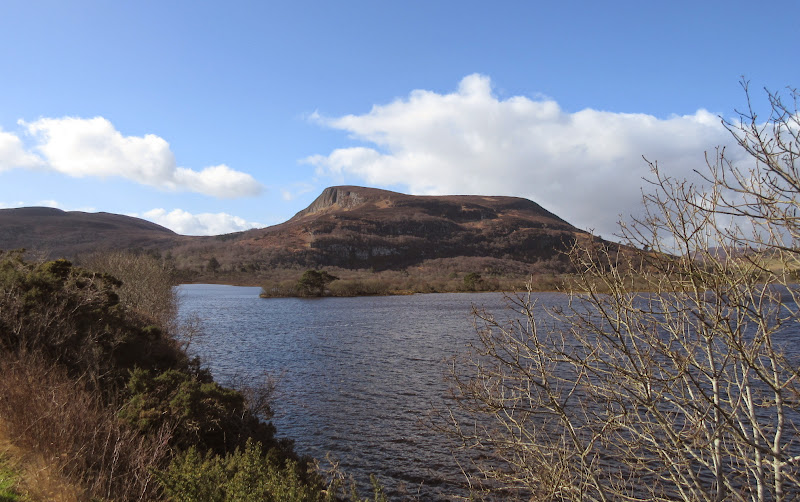 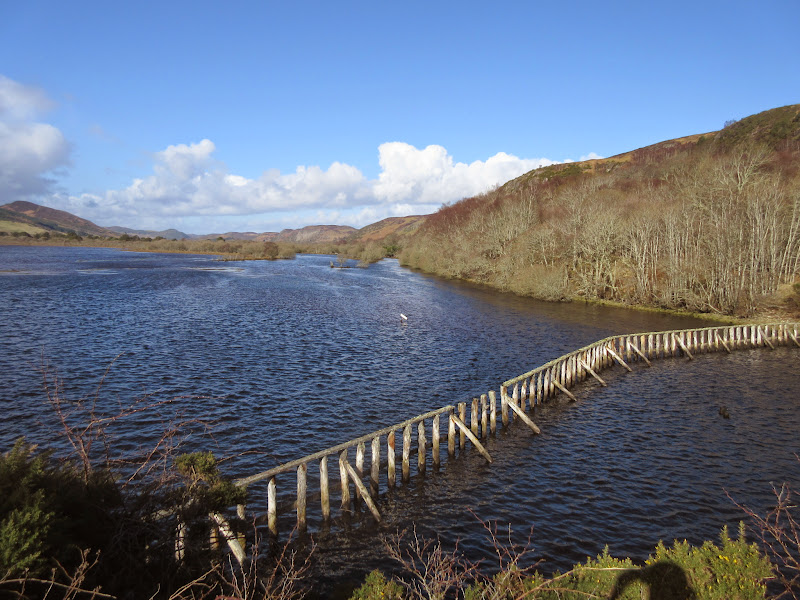 When I first drove up this way, I remember being impressed by Creag an Amalaidh, and was surprised not to find it in the Marilyn list. Now with a resurvey adding 0.9m of height, it is! It seems to have gained a new-found popularity since then (well relatively anyway).


Creag an Amalaidh.gpx Open full screen  NB: Walkhighlands is not responsible for the accuracy of gpx files in users posts
I decided to take a direct approach, and ascended through some nice birchwood. This was fairly easy going, and eventually opened out into a semi-clear hillside. Still easy, but this part will probably be less fun in the summer when the bracken is at full height. The views back to The Mound and Loch Fleet were beginning to open up impressively. 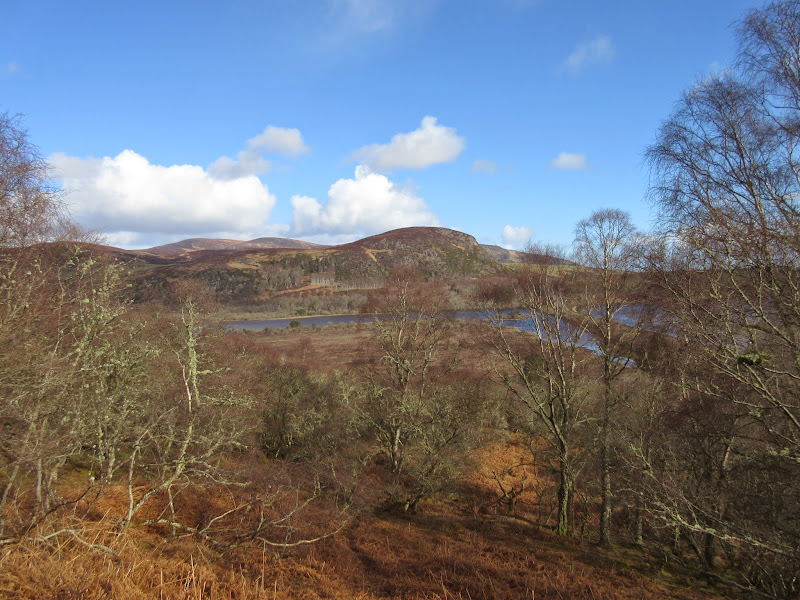 I had swung round to the south of the ridgeline so climbed up through thick heather to get back on it, passing a small transmitter on the shoulder. The summit crags looked good from here, and the top was only a short, steep climb away.

…and the wetland area at the east end of Strath Fleet: 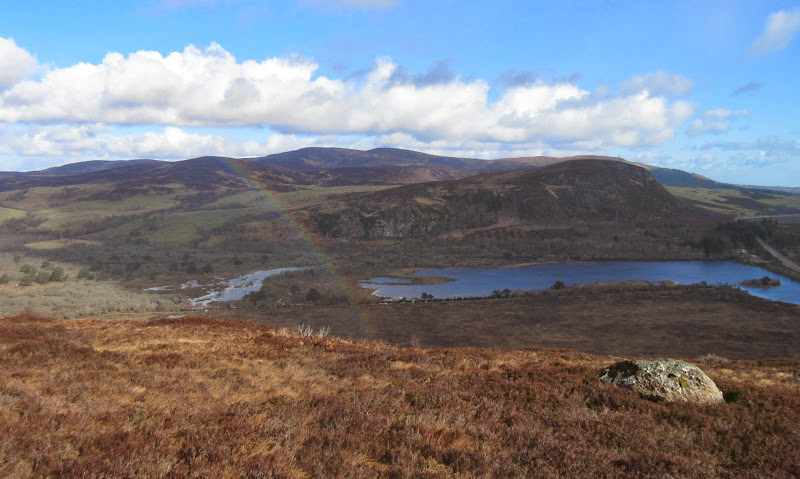 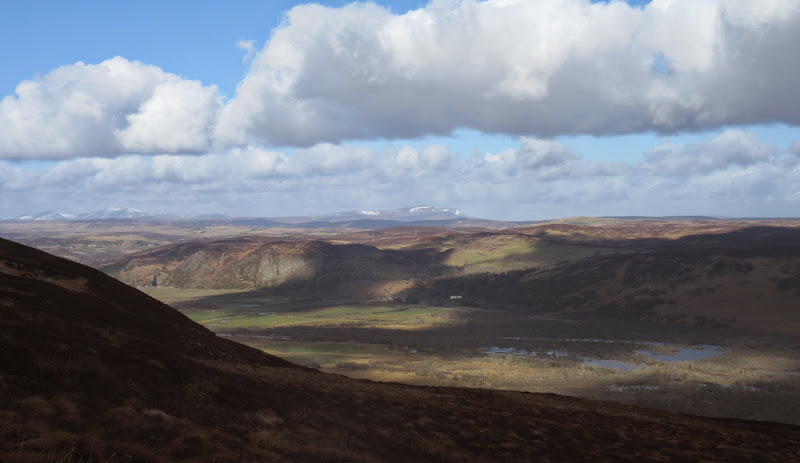 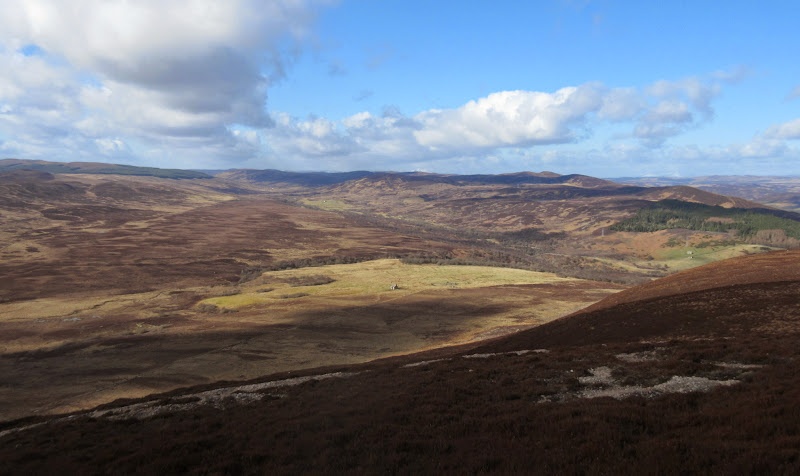 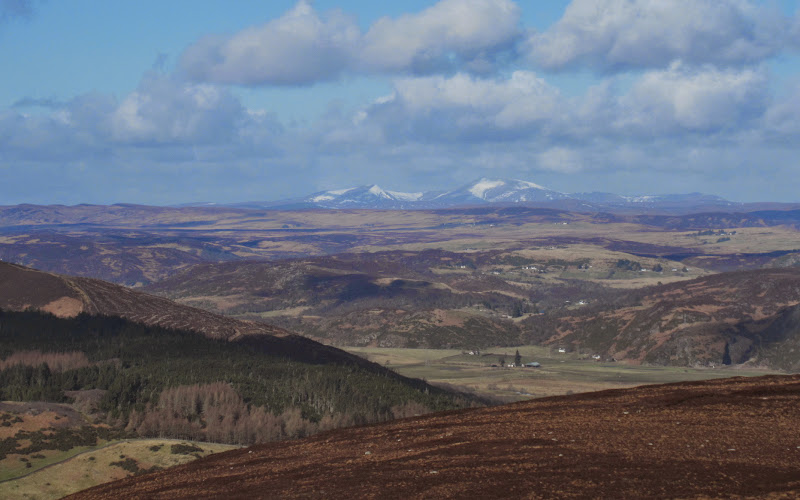 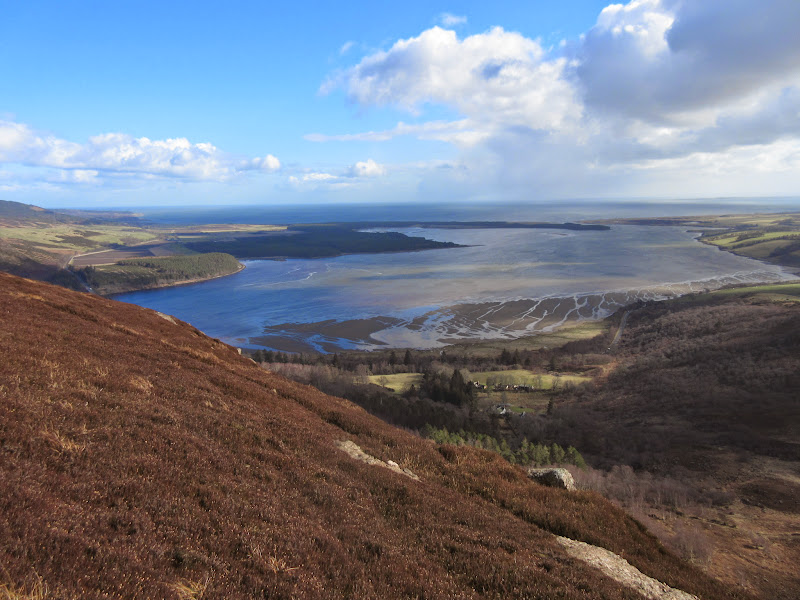 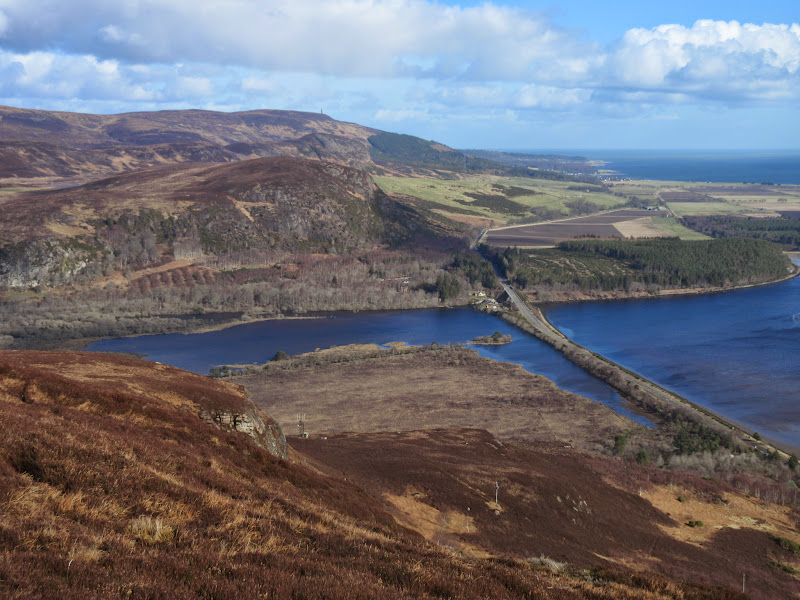 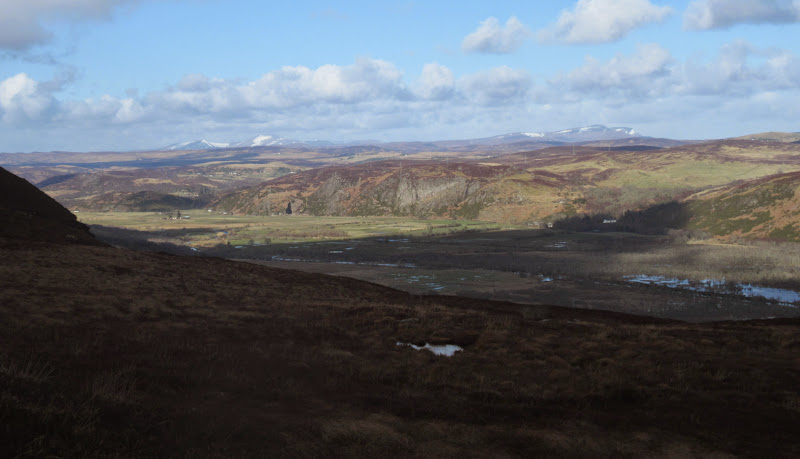 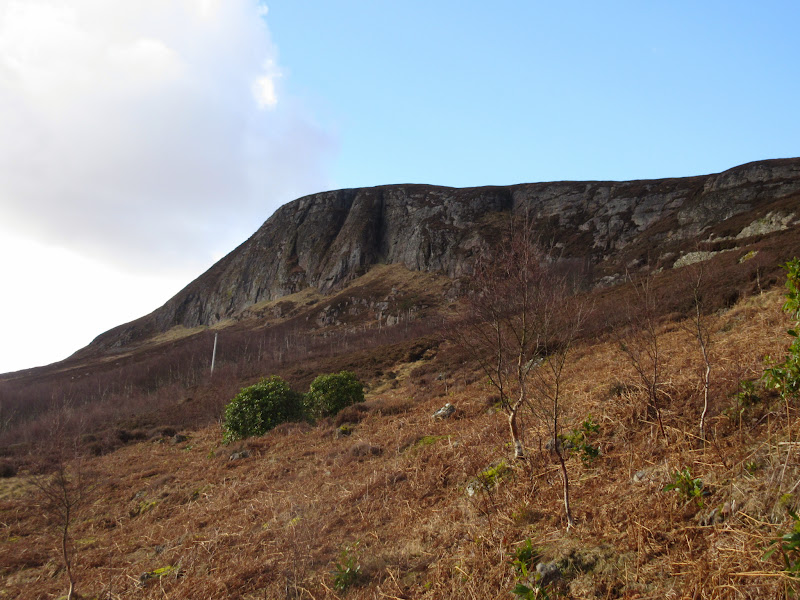 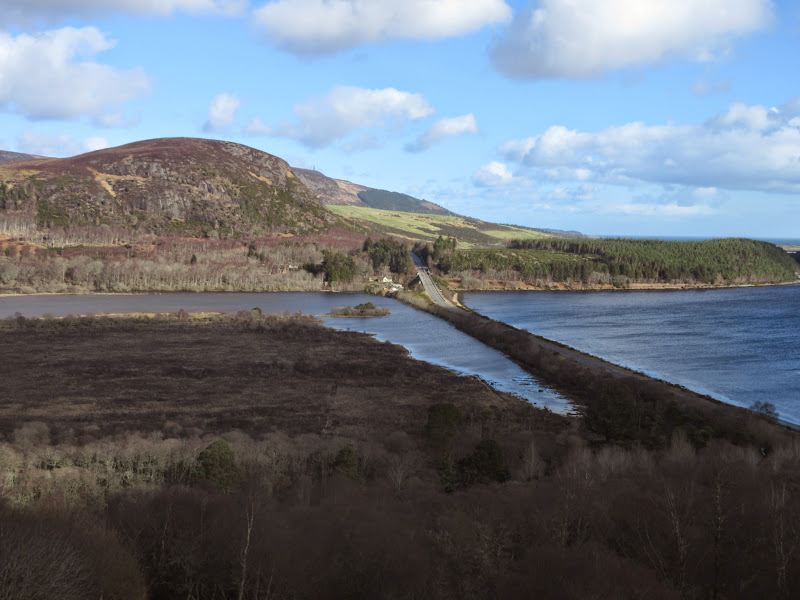 Some big crags hidden in the trees: 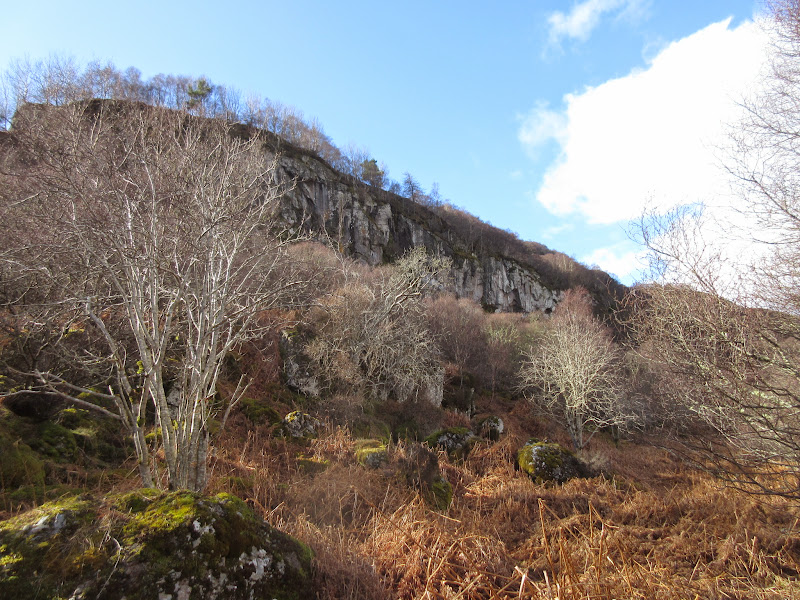 Spectacular views of Loch Fleet, Strath Fleet and the east coast from the summit, with Ben Armine and Ben Klibreck visible in the distance. It looked as if there would be a nice circular route descending to the south then following a track back through the grounds of Cambusmore Lodge. I had lots to do and needed to be back at work by lunchtime however, so I dropped back down my route of ascent. More than worth the 45 minutes it took me. I'd happily spend twice as long on it again in the future - a worthwhile little hill.

Re: Around Golspie: Ben Horn and Creag an Amalaidh

Popped up by a route similar to yours today. At the end of the summer, it was a struggle up through the bracken and other vegetation. It looks as though there is a route going across from the track from Cambusmore Lodge to Achinael, heading up to the transmitter (I assume that is what it is?) on the east ridge. The east ridge has to be the best approach for the views of Loch Fleet. I'll do some more reconnaissance here as it is on my way home from work!

Users browsing this forum: No registered users and 105 guests