Summit Gully from the car park, 450m Grade II climb leading up to the snow field at the right of the summit: 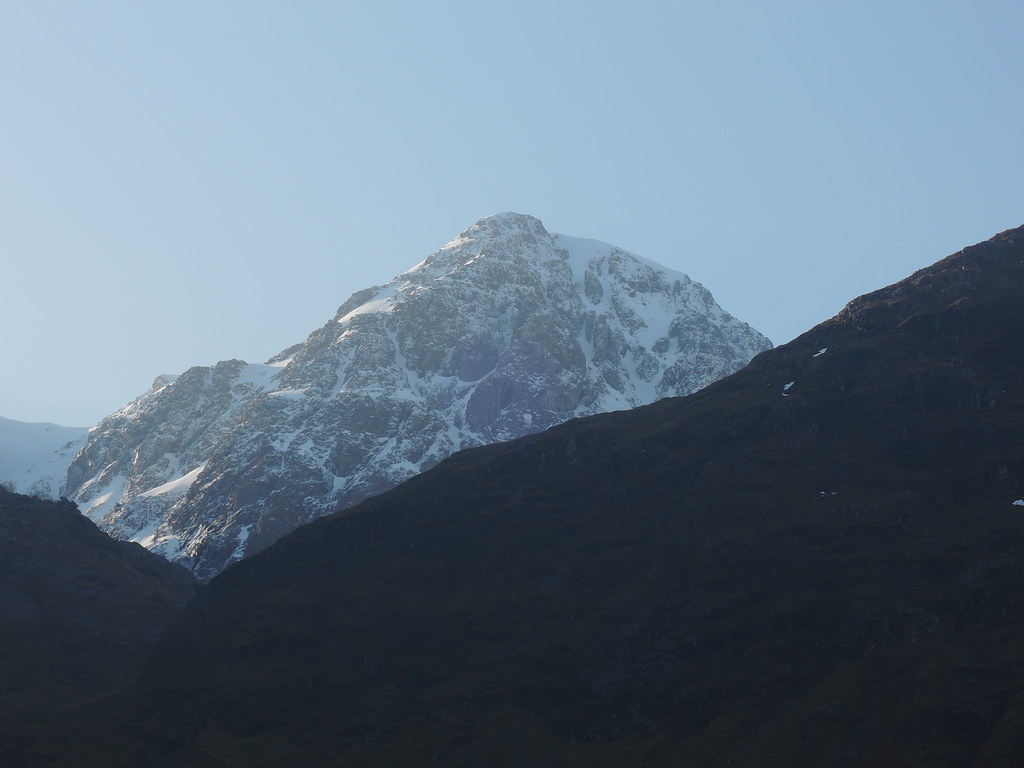 The path is fine at the start, then hits a rock band for a damp scrambly bit. 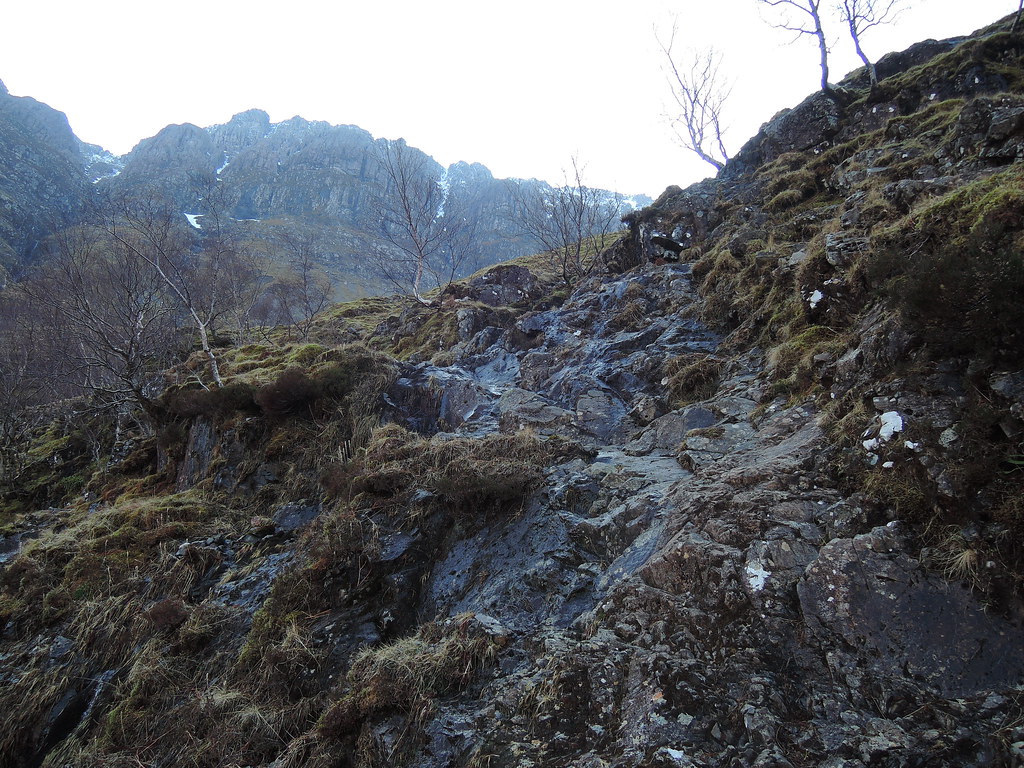 Further up it drops to the side of Allt Coire nam Beithach then gets more indistinct & interesting. It's definitely a steep walk up. Summit Gully is easy to find as the path heads straight for it. 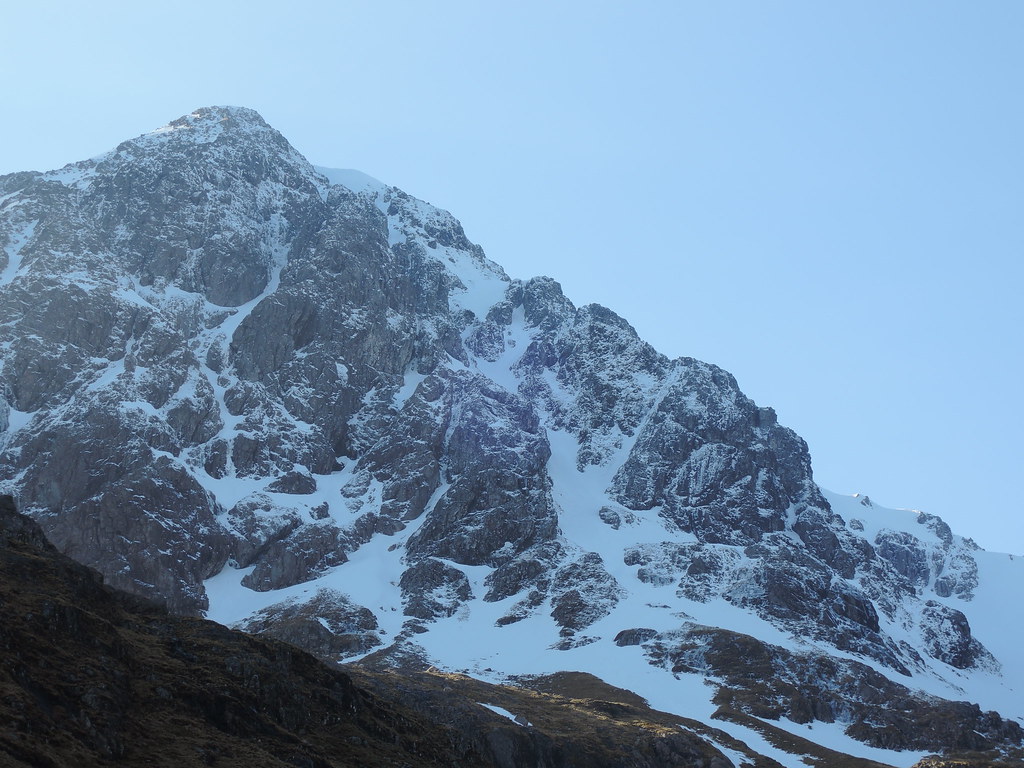 Thought I was the only person on the hill today but a climber caught up, he was having an easy day scoping out some Grade V here and on Bidean after spending an hour hacking through a cornice on Aonach Mor yesterday. He decided to do Summit G as well, then descend at the col between Bidean and SCNL. Start of Gully: 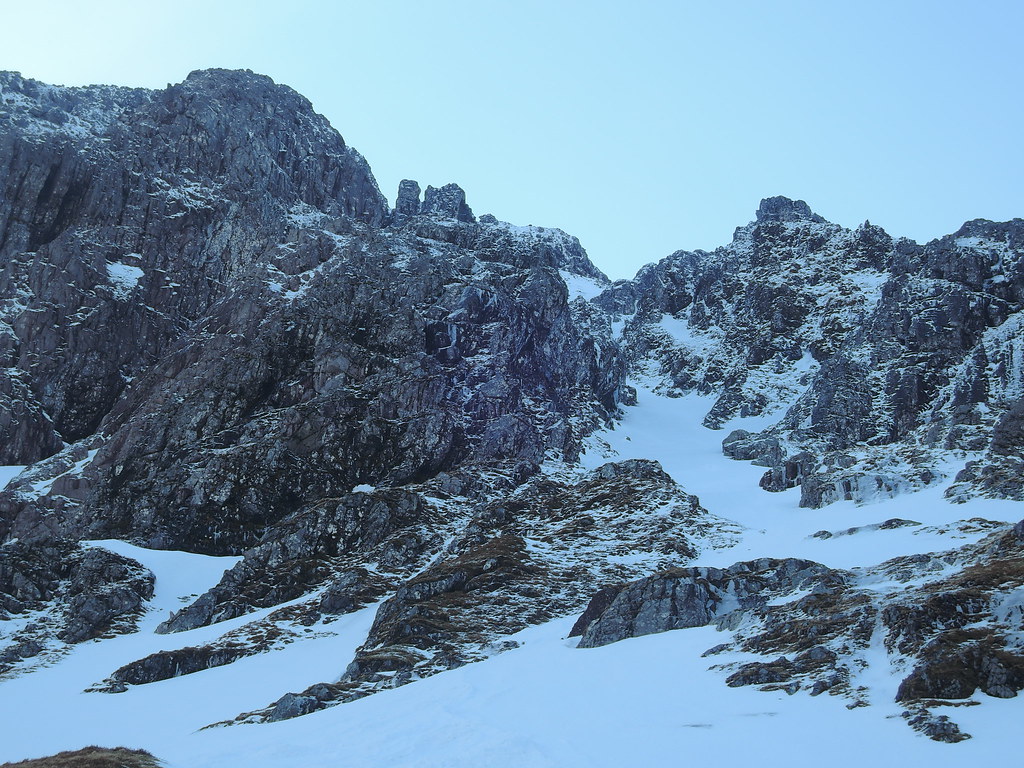 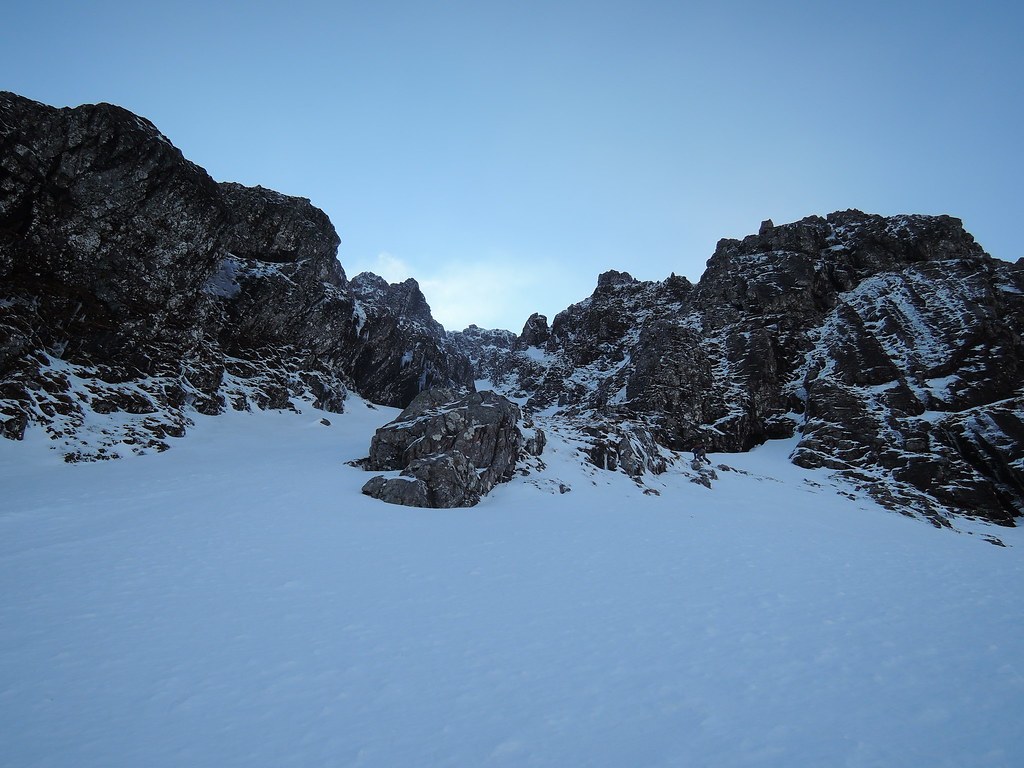 Realised how unfit I am as he whizzed on ahead, left some steps to follow though. 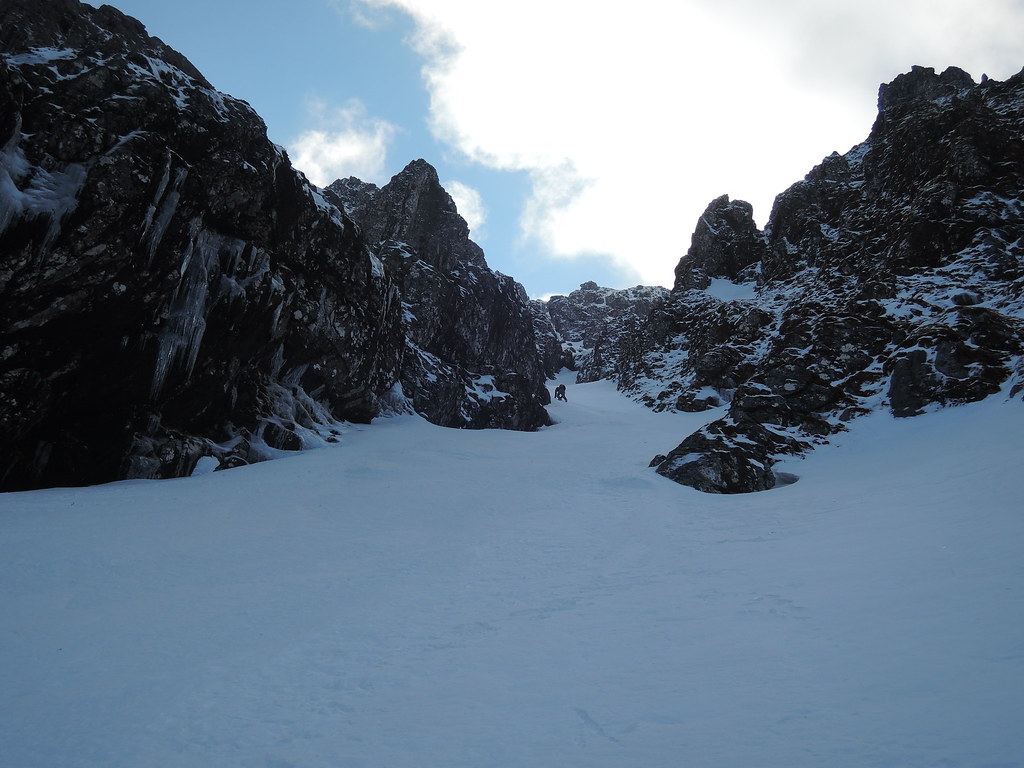 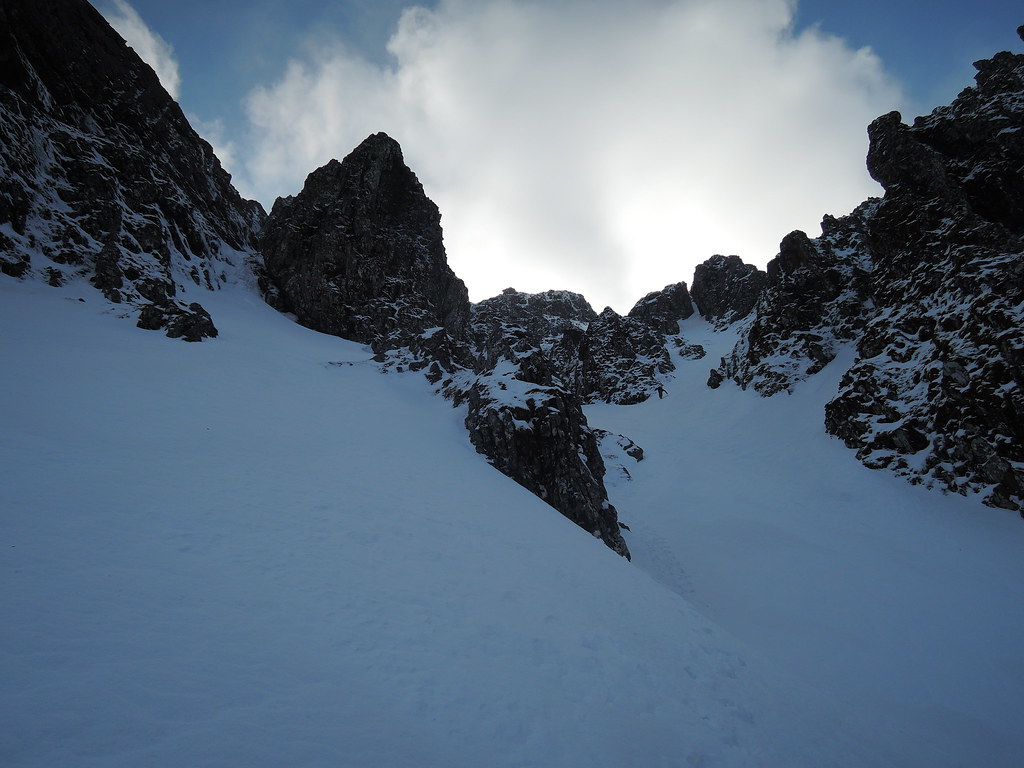 Higher up the snow got softer and his prints led up to a ridge with a mixed scramble at the start. I followed, hoping it didn't lead to anything too dodgy. 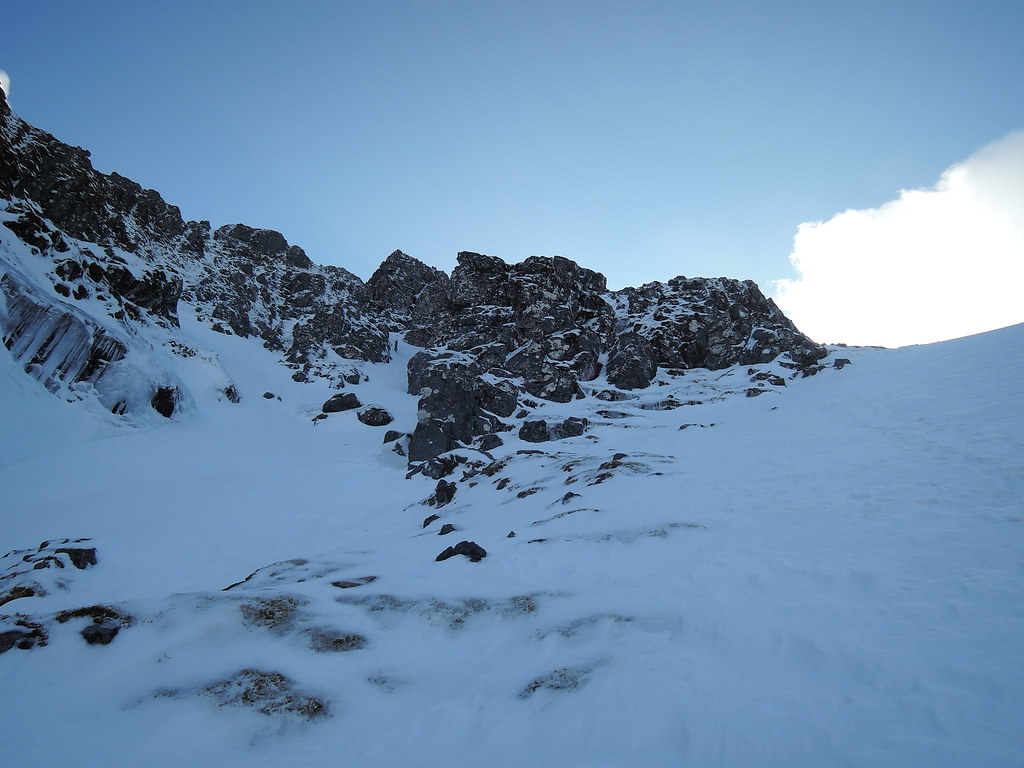 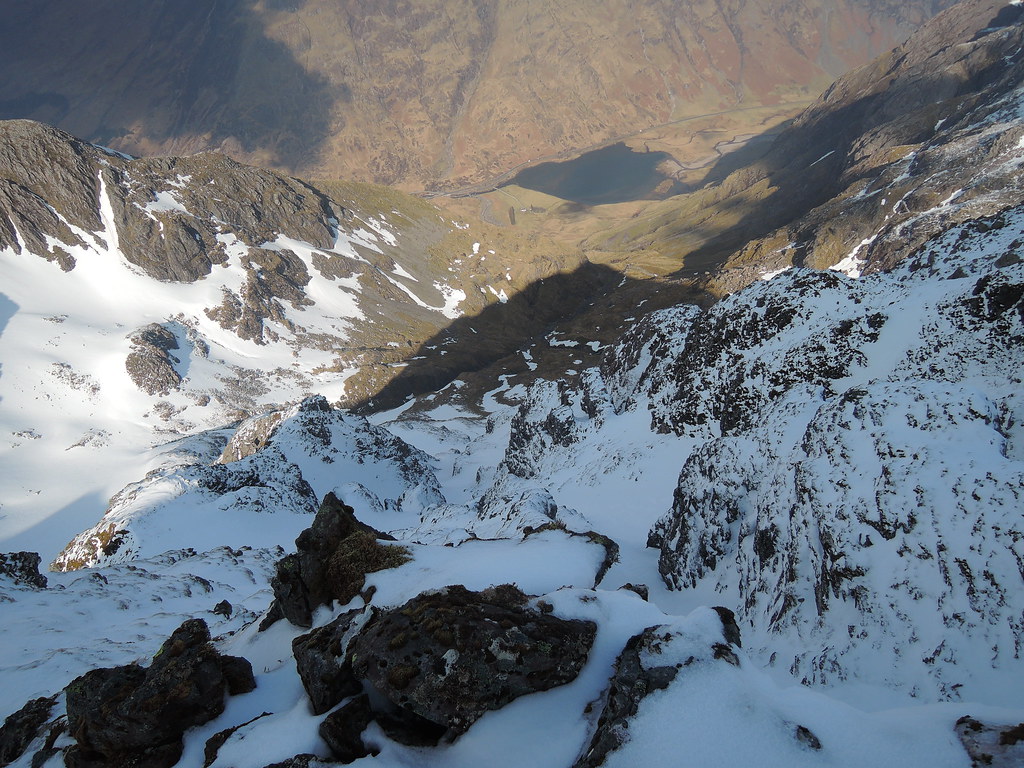 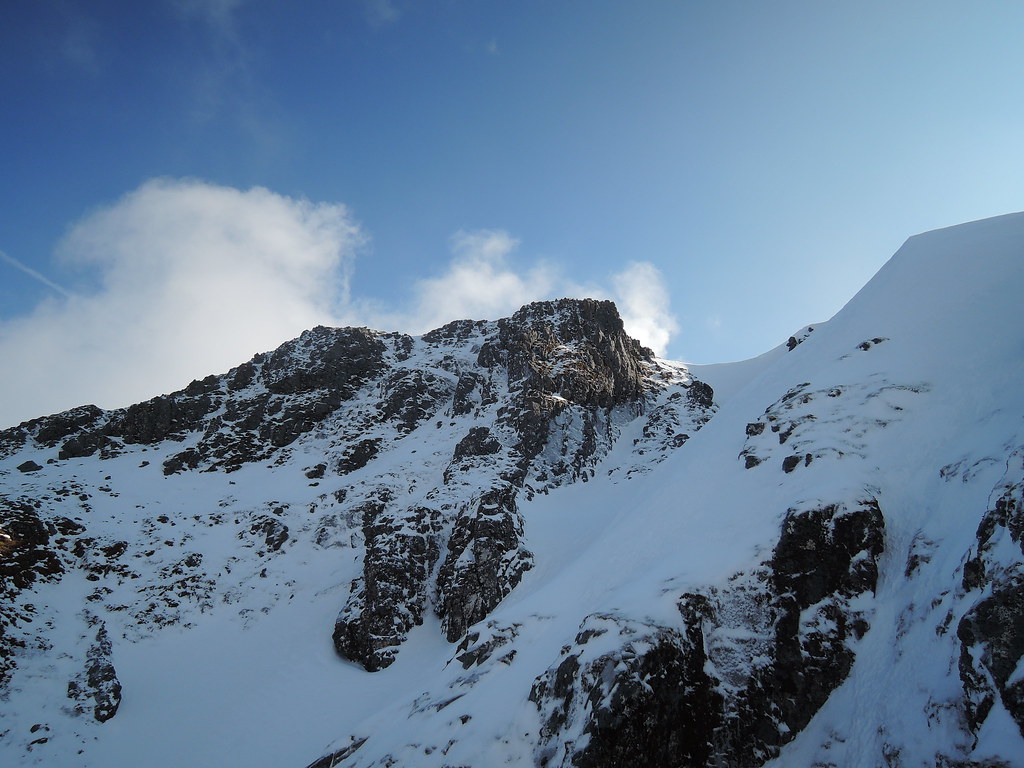 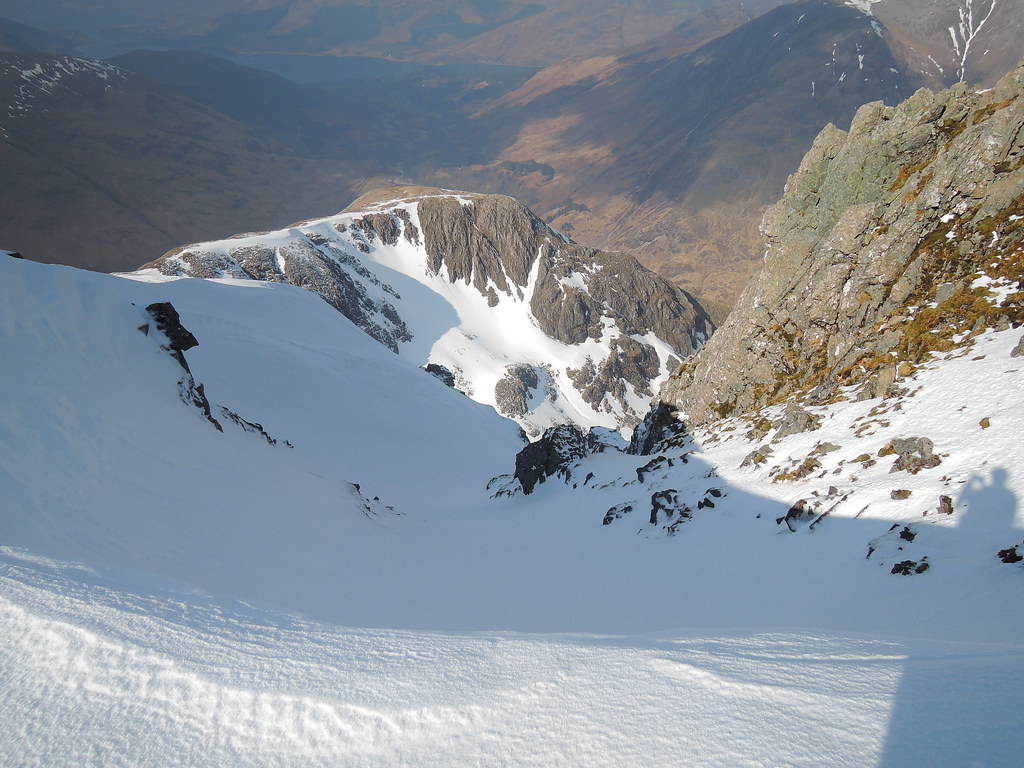 Met again at the summit, he'd detoured onto the ridge as the snow was getting softer higher up and he didn't want a repeat of the Aonach Mor cornice dig yesterday. Soft snow at top of gully: 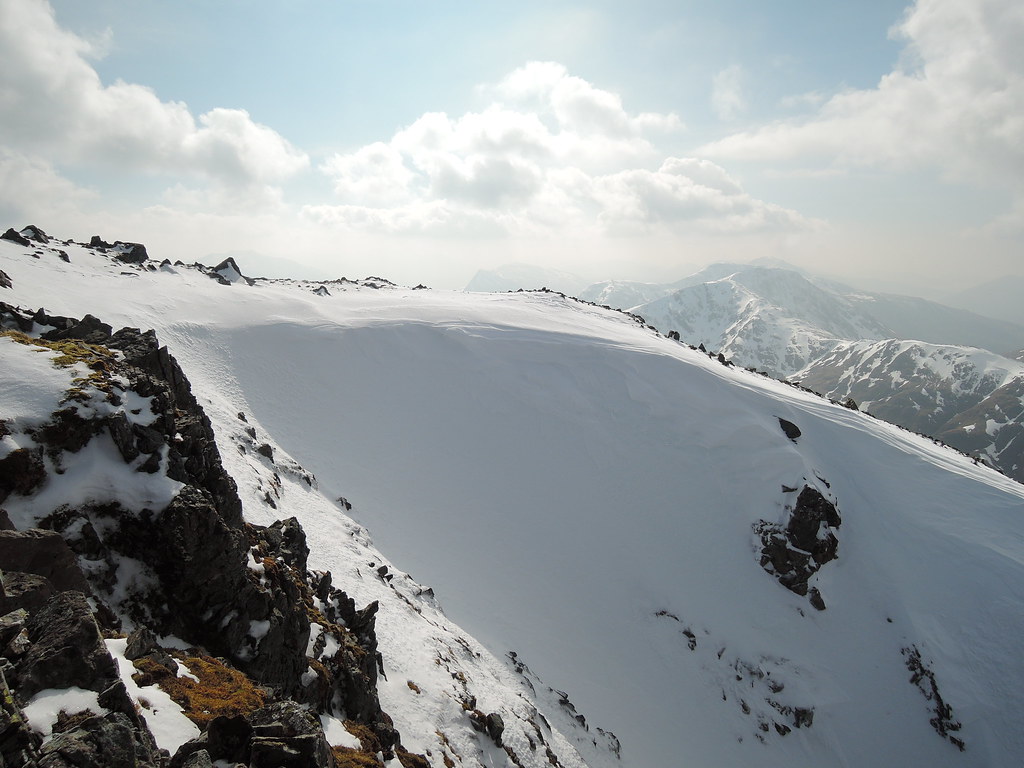 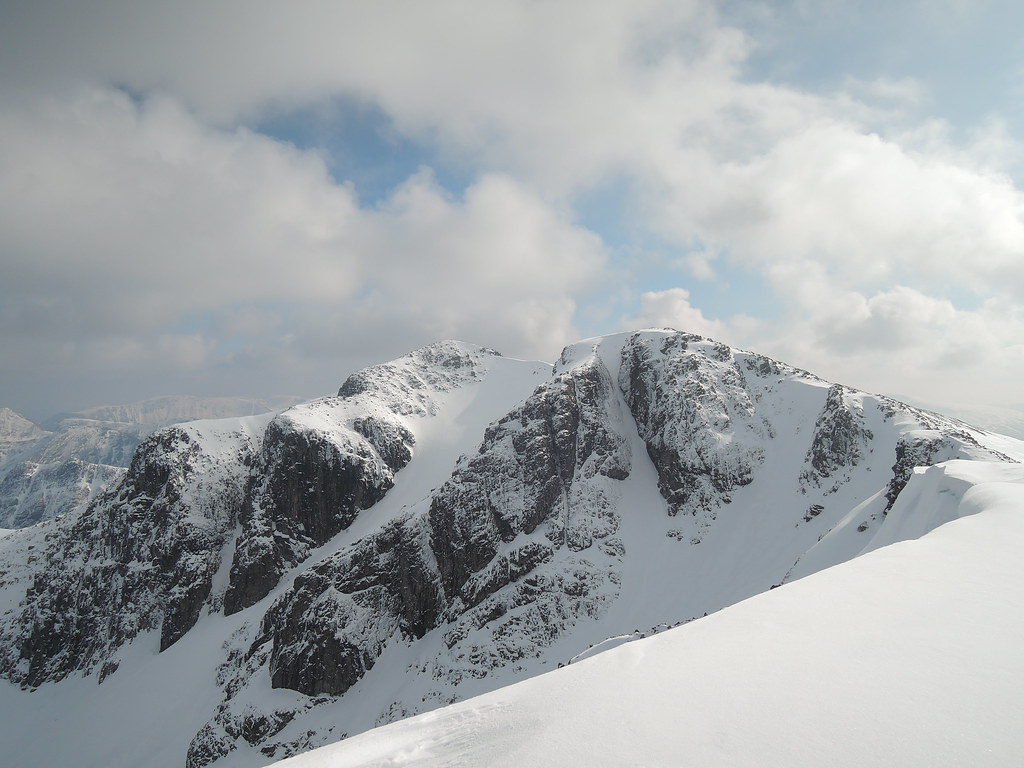 SCNL, with the planned descent route at the bealach on its right: 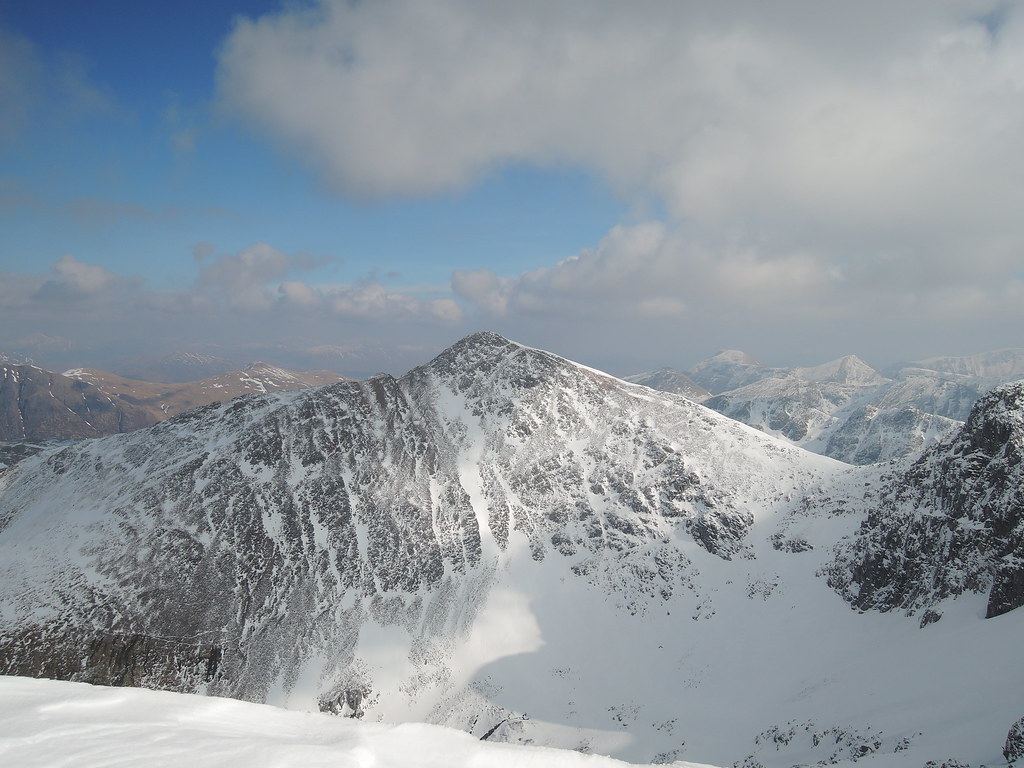 Nice clear day and it was still earlyish so I wandered round towards SCNL, might do another gully there. Glen Etive: 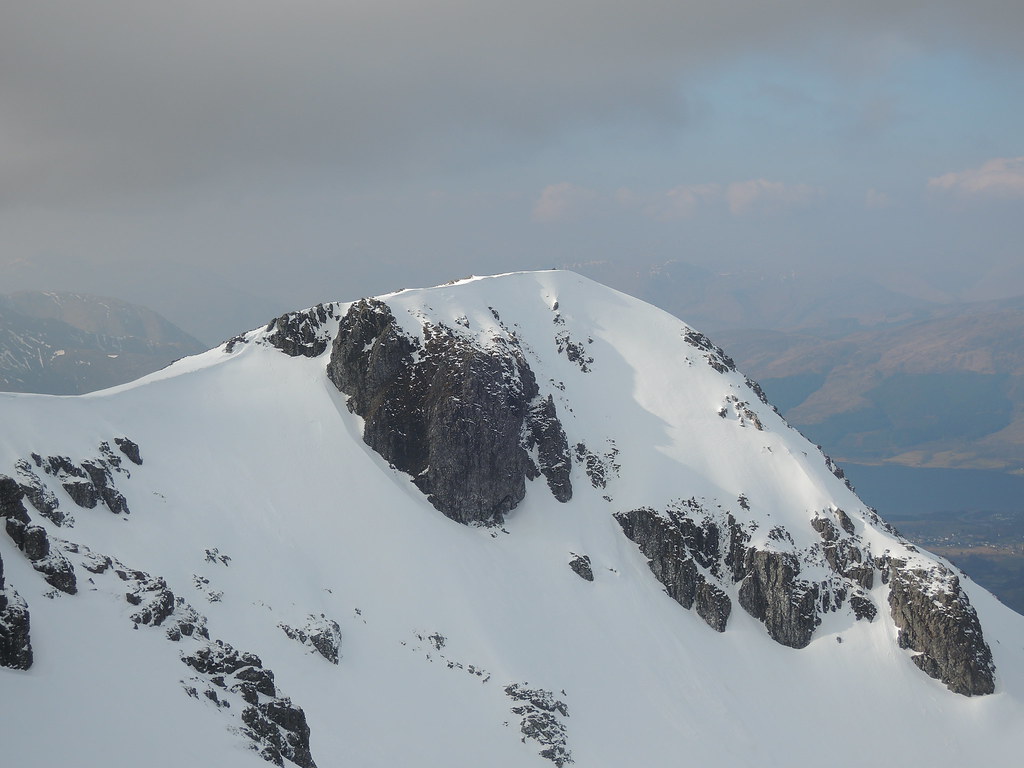 Top of Central Gully on Bidean, looks steeper than I remember. I thought I could hear someone coming up then realised it was ice melting and dropping into the gully. 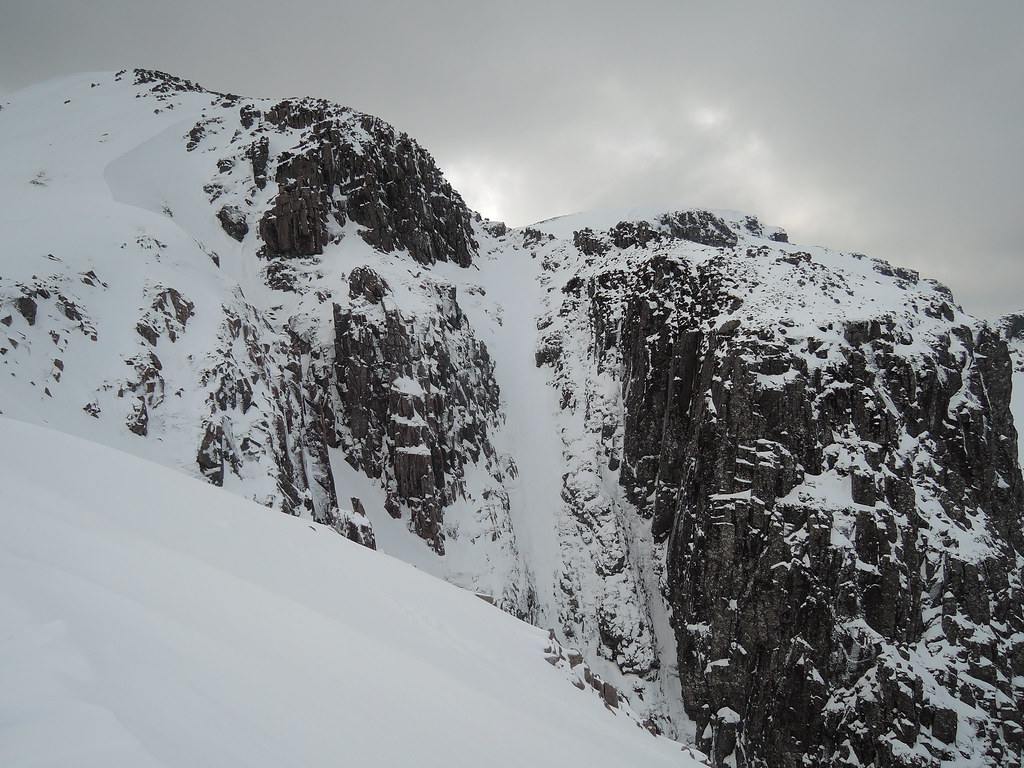 Descended Bidean, looking back to the start of the descent route down to the right: 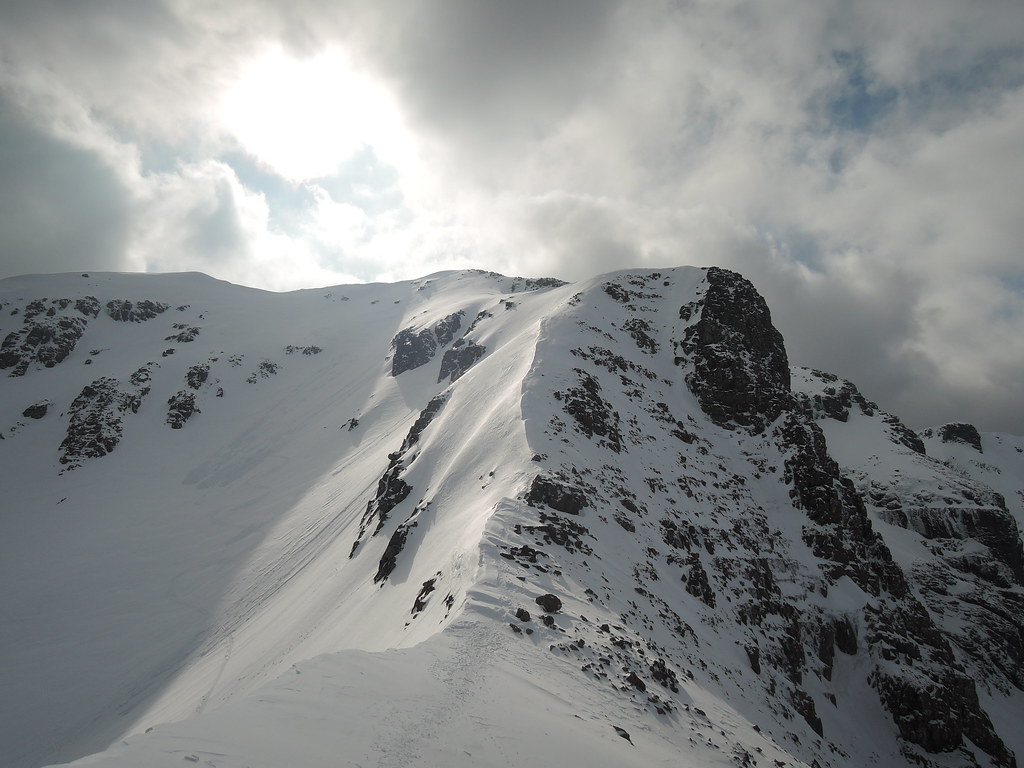 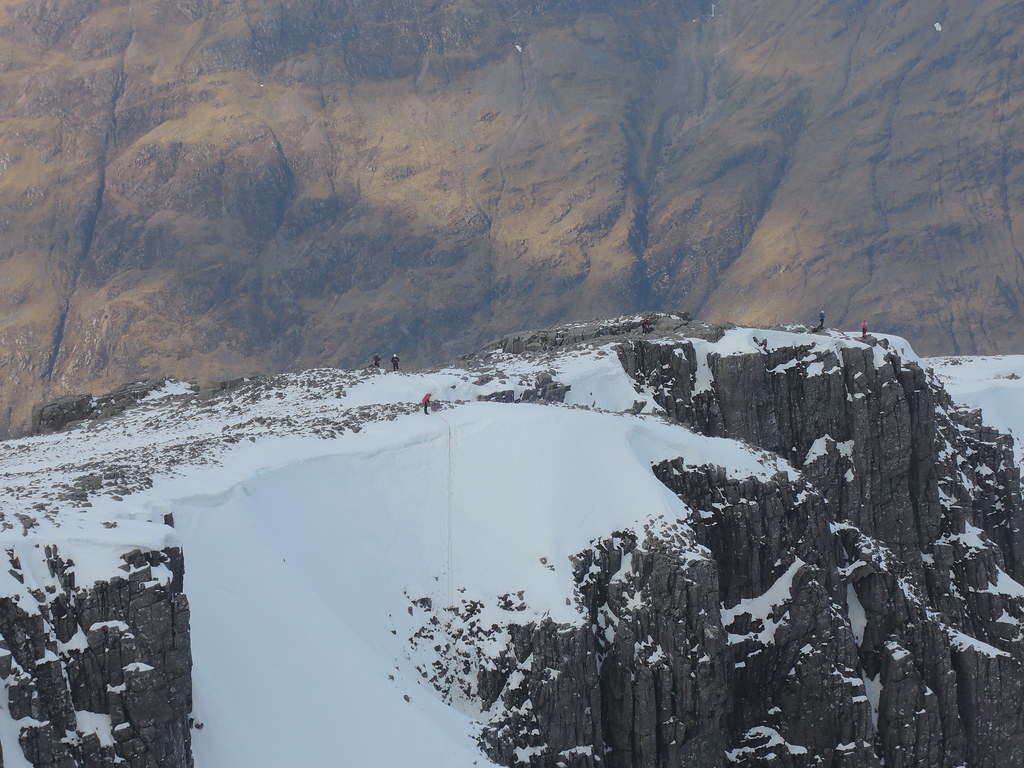 Had a look at the descent between Bidean & SCNL: 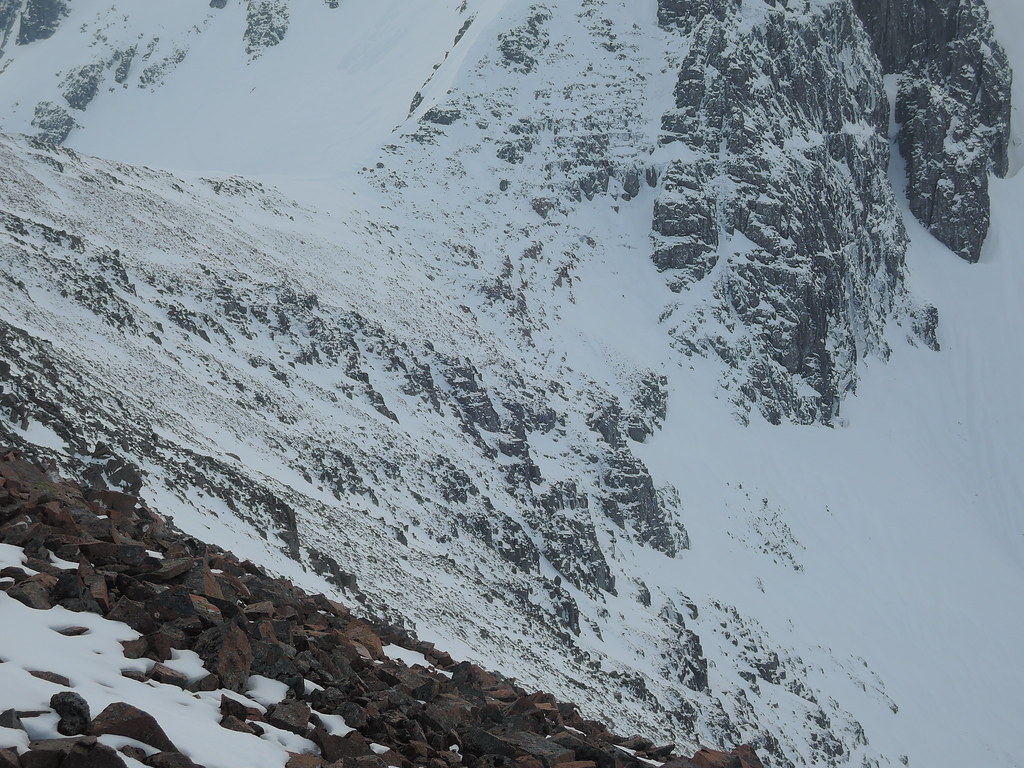 Then down Broad Gully: 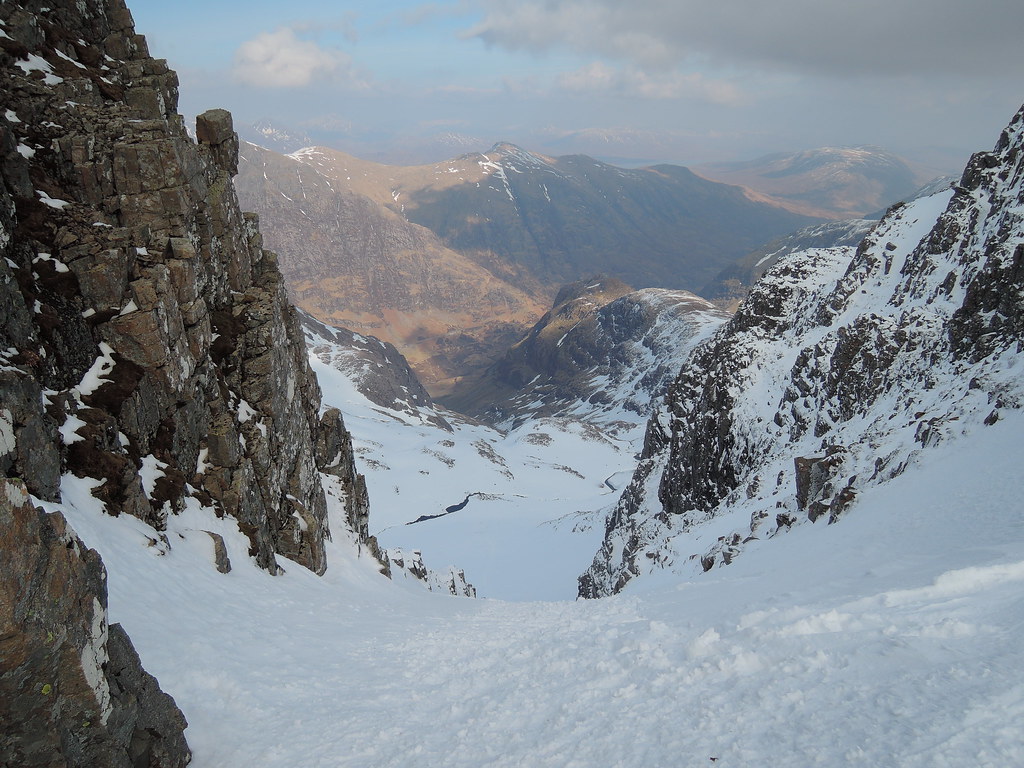 Decided on Boomerang Gully next since it was quiet and ended at the summit. 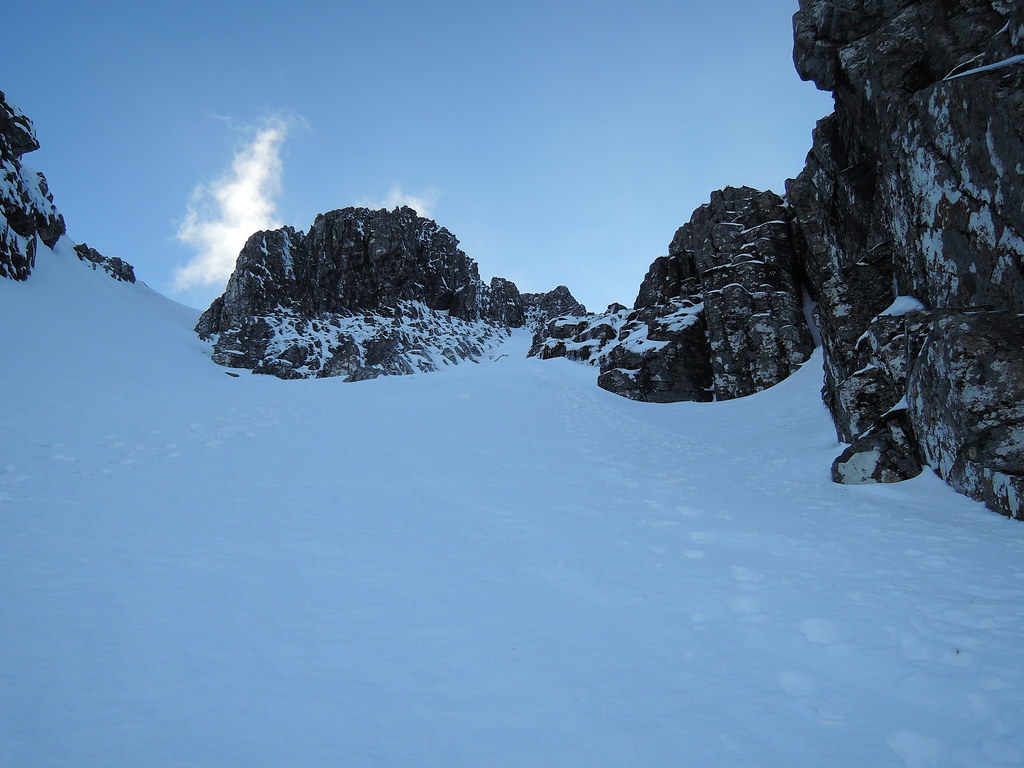 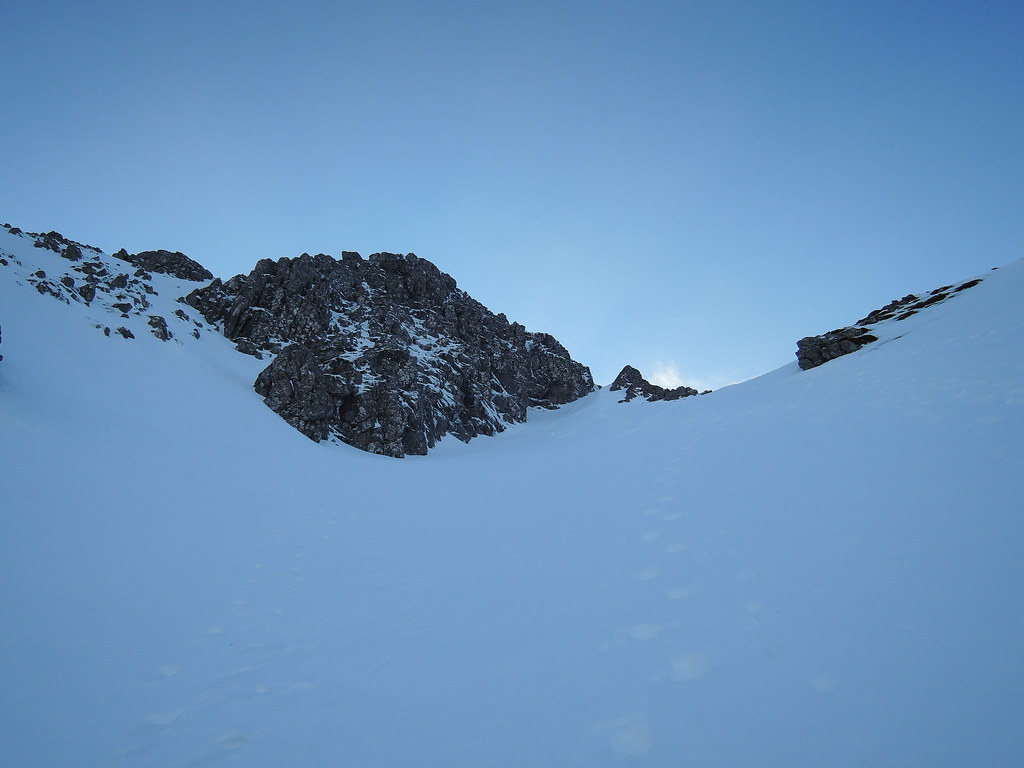 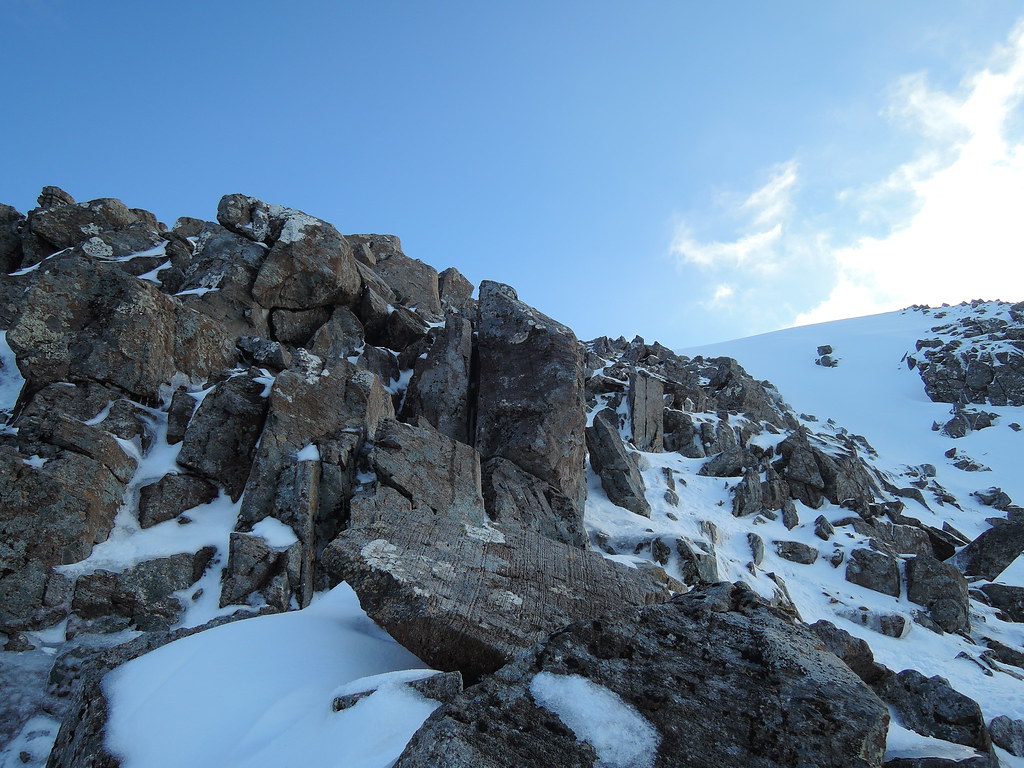 Then back towards Bidean and followed footprints down to the coire. 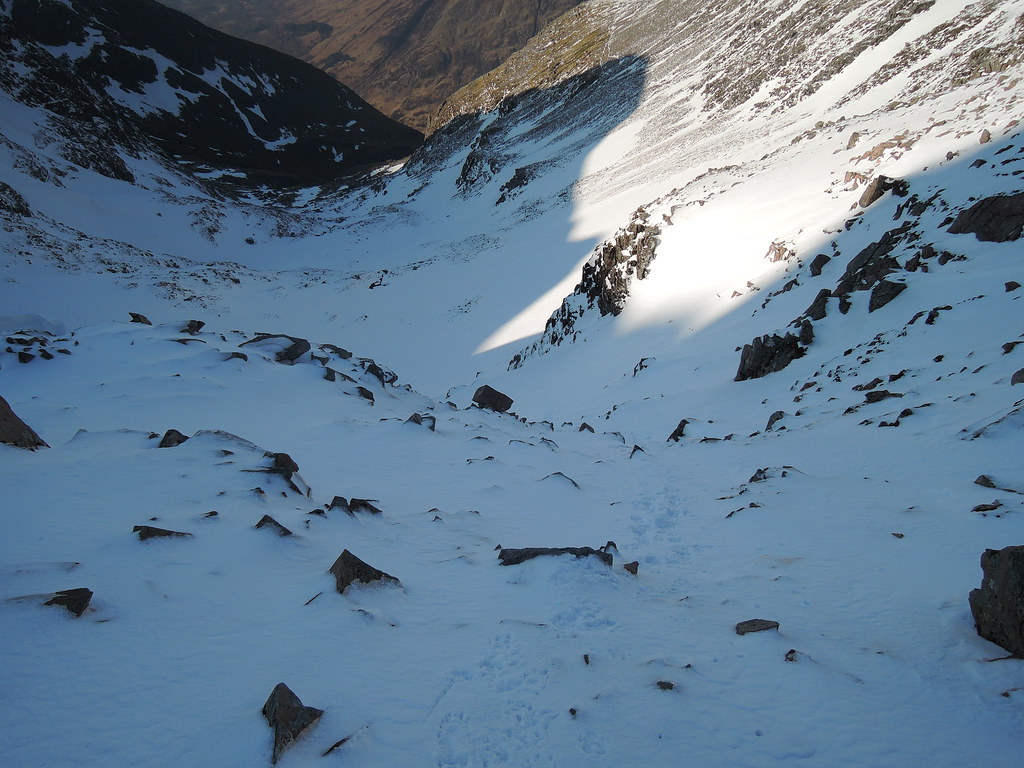 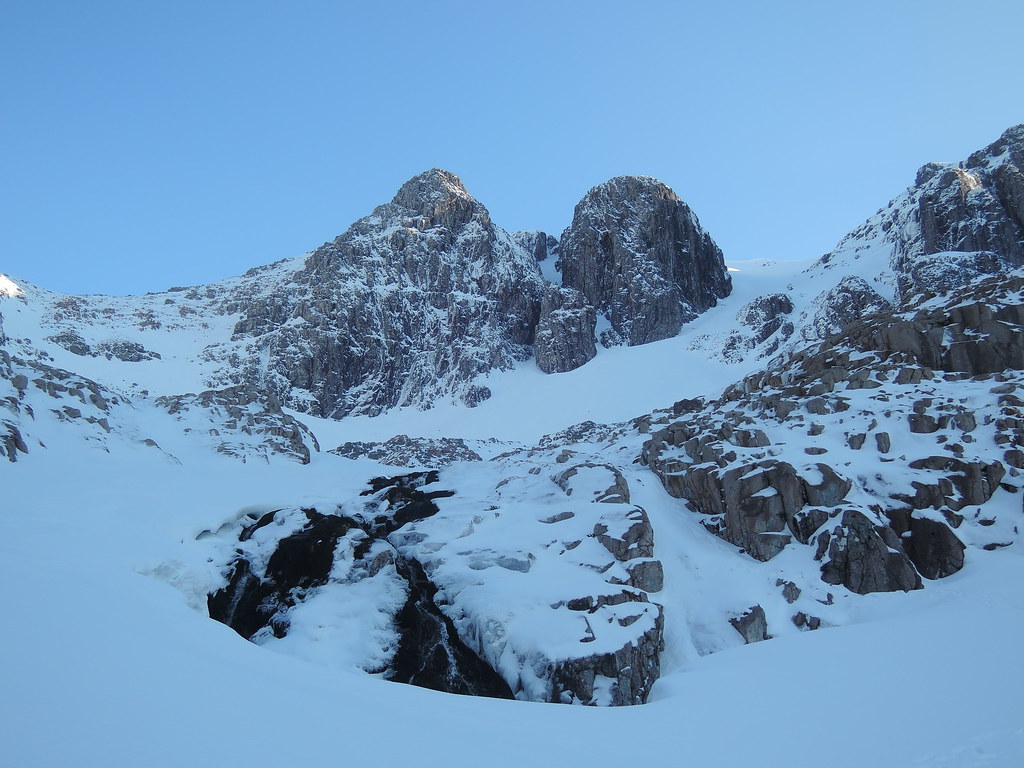 Great report and cracking images - was a lovely morning on Wednesday

wilkiemurray wrote:I was spying this route a few weeks ago when we headed up the Pap - hope it stays in condition for a few weeks yet as I fancy this one-looks fantastic

Cheers, it's kept a hold of the snow quite well plus it's a good workout for the calf muscles!

There's definitely a lot to explore

This is a great report! Thanks for sharing.I have a quick question. Do I need specific gear/skills if I were to use this path? I'm planning to go there next week and I'll be staying in the Youth Hostel in Glencoe.

The ascent route up the gully described in this trip report is not suitable for summer conditions - it will be full of lots of dangerous loose rock. There are feasible walking routes to either side of the steep rock section, or you can go up via the described descent line. None of these options are easy to follow in poor visibility, so, yes, you do need suitable navigation skills.