Cycled in from Dalrigh, Cononish Farm is at the green buildings ahead on the road. Thought I was cheating with the bike then 2 guys in a 4WD passed & parked past the farm. Heard later that the farmer was out looking at the 4WD, then when I was cycling out the police passed me on their way to the farm. 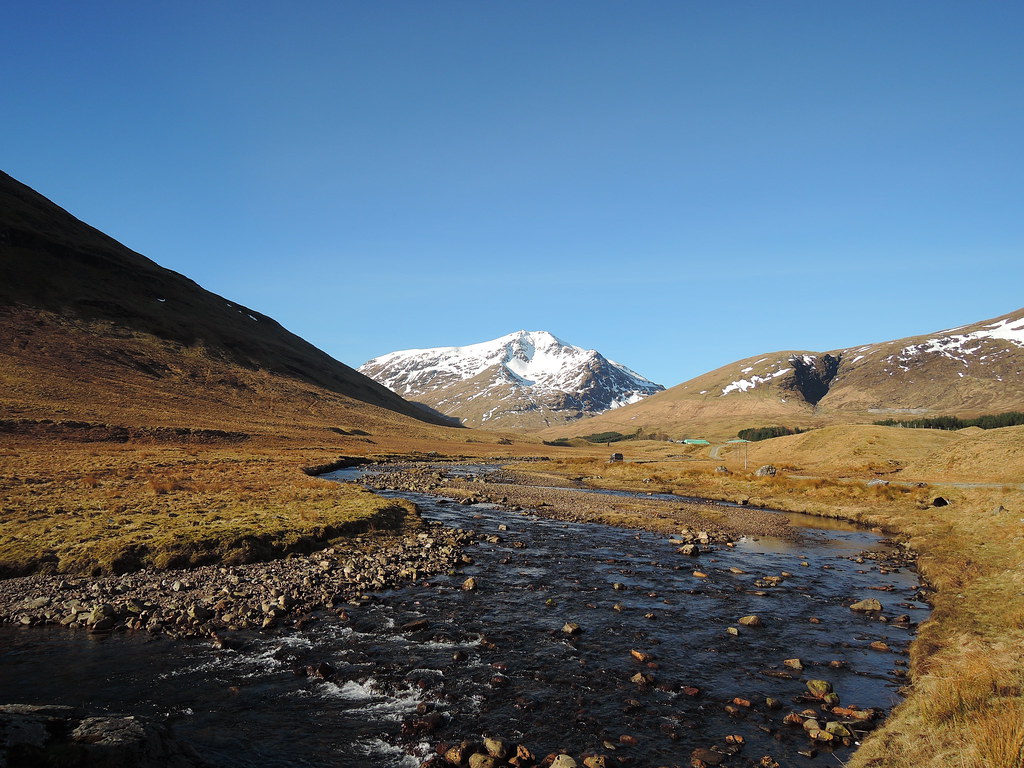 Down to the end of the track, then across the river to a good path on the right hand side of the burn. 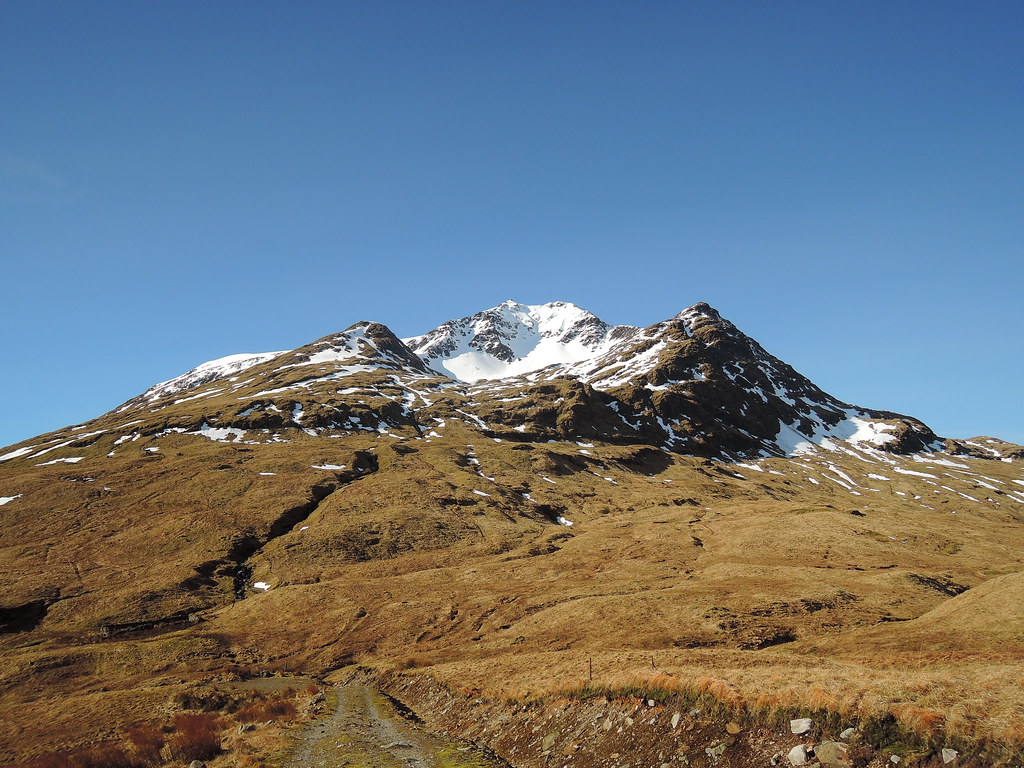 Some of this water later found its way into a glass of whisky. 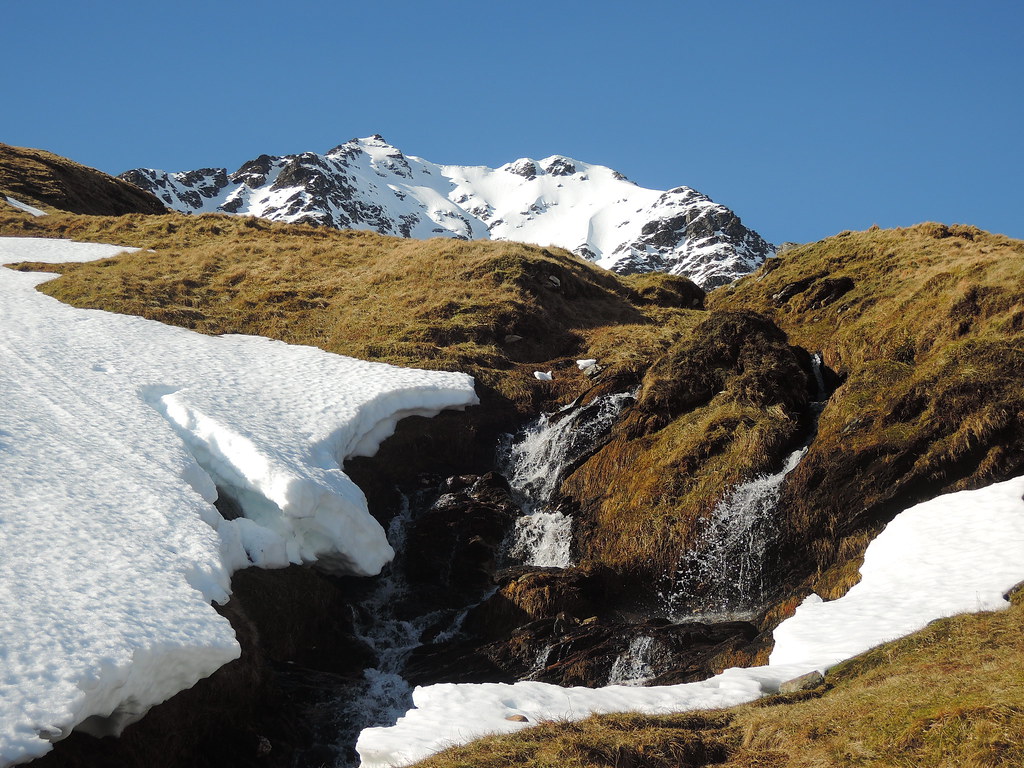 Central Gully is in the middle here, getting some shade. 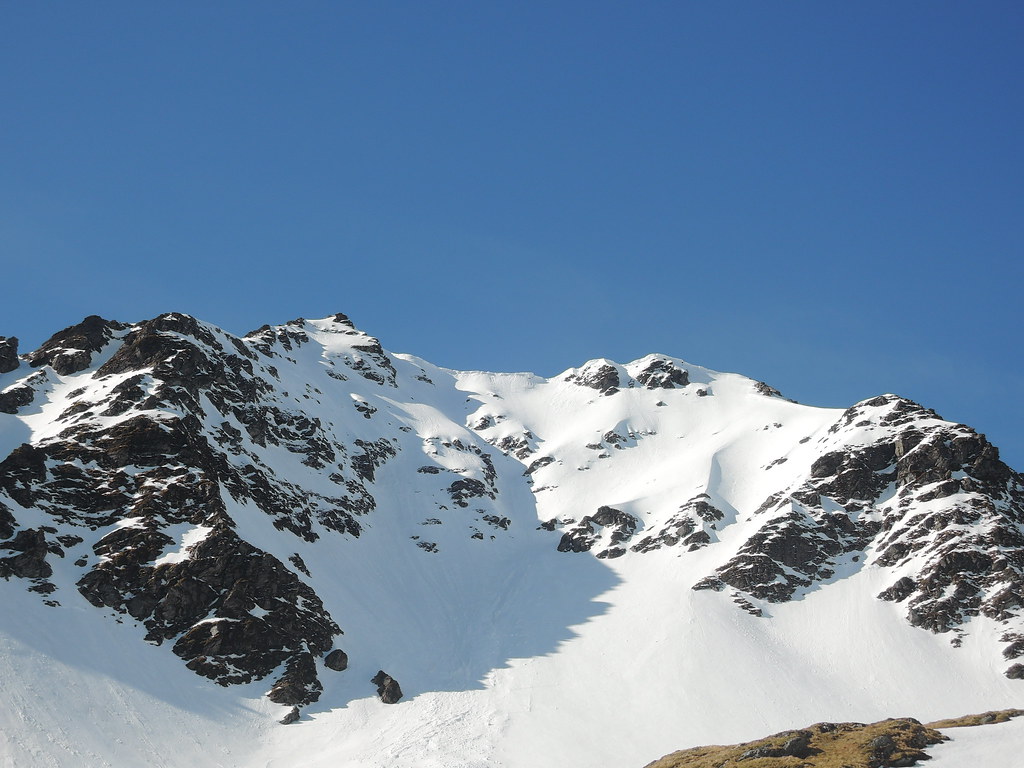 Er...lots of avalanche debris further down. Had a look at some large chunks of recently fallen snow & decided to forget about the gully as any falling cornices would be channelled into it & head up to its left instead. 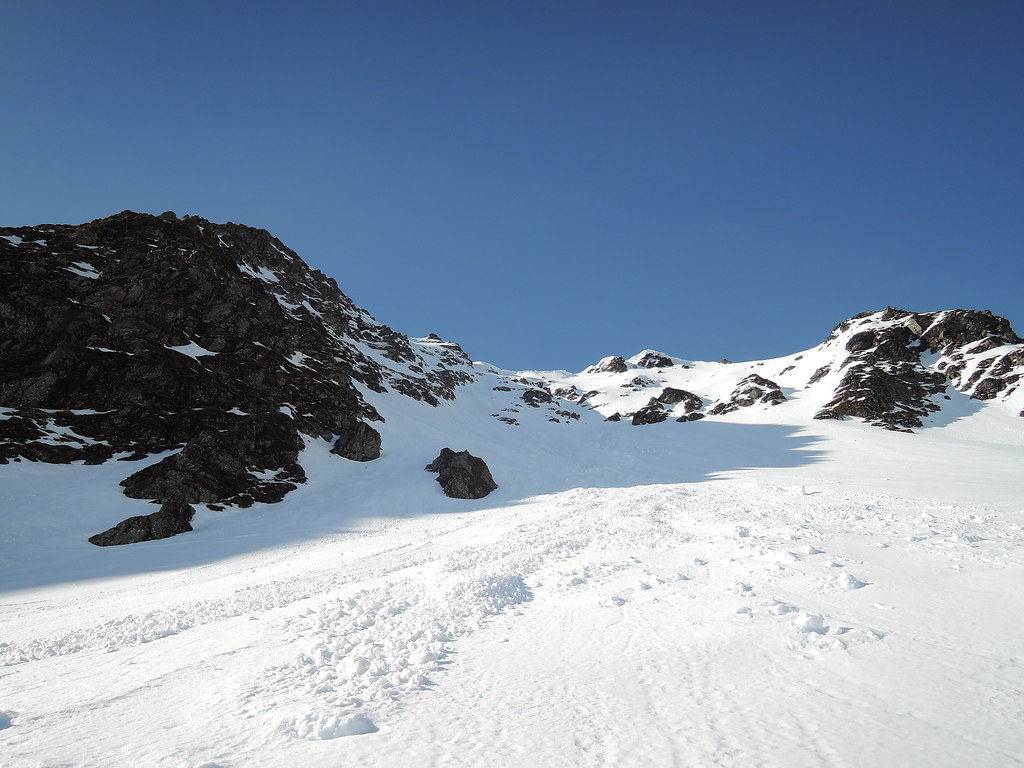 Up to the left, more evidence of avalanches. 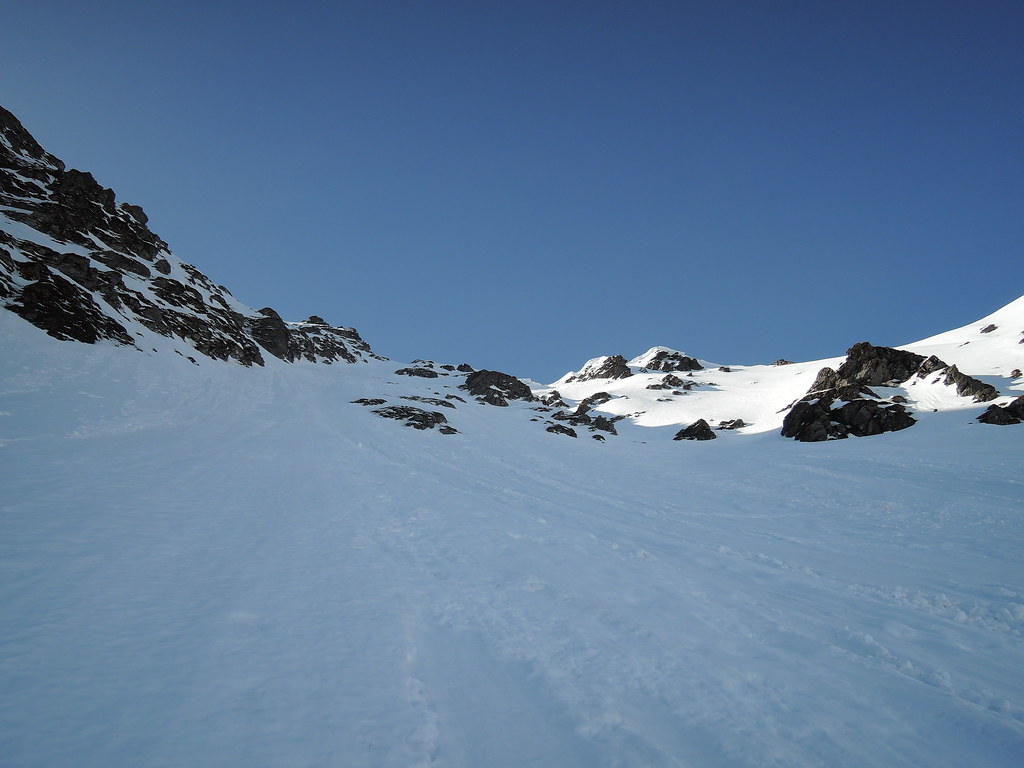 Followed the snowfield to the summit (top left) avoiding the cornice. 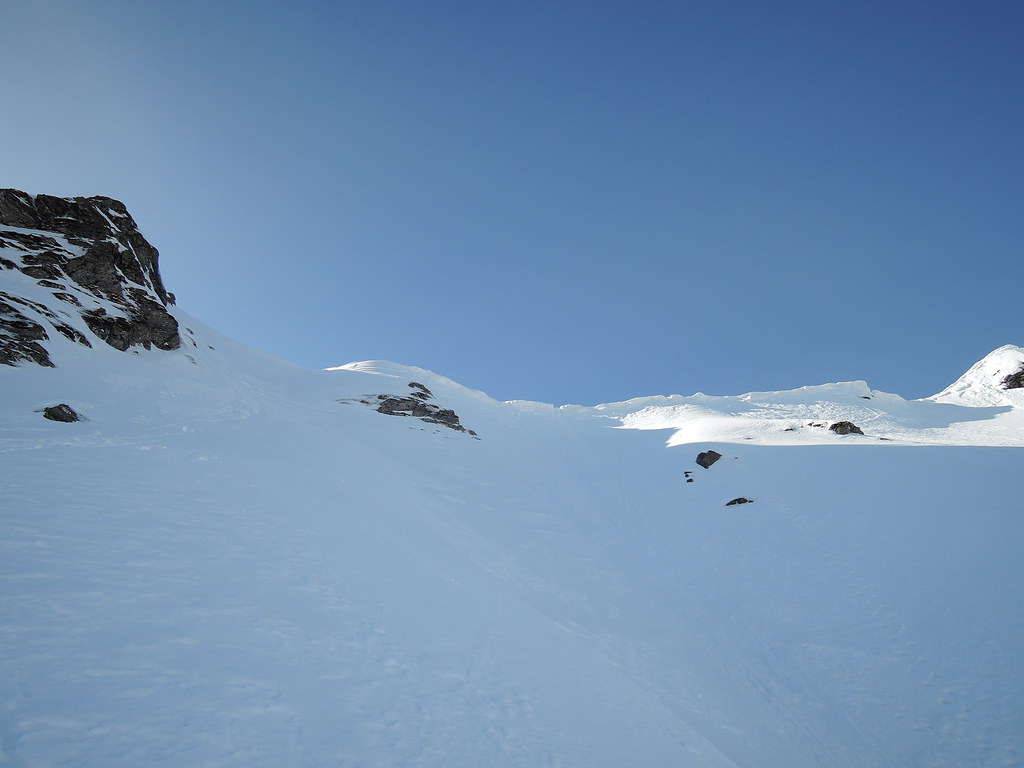 Close up of cornice, hacked through in places. 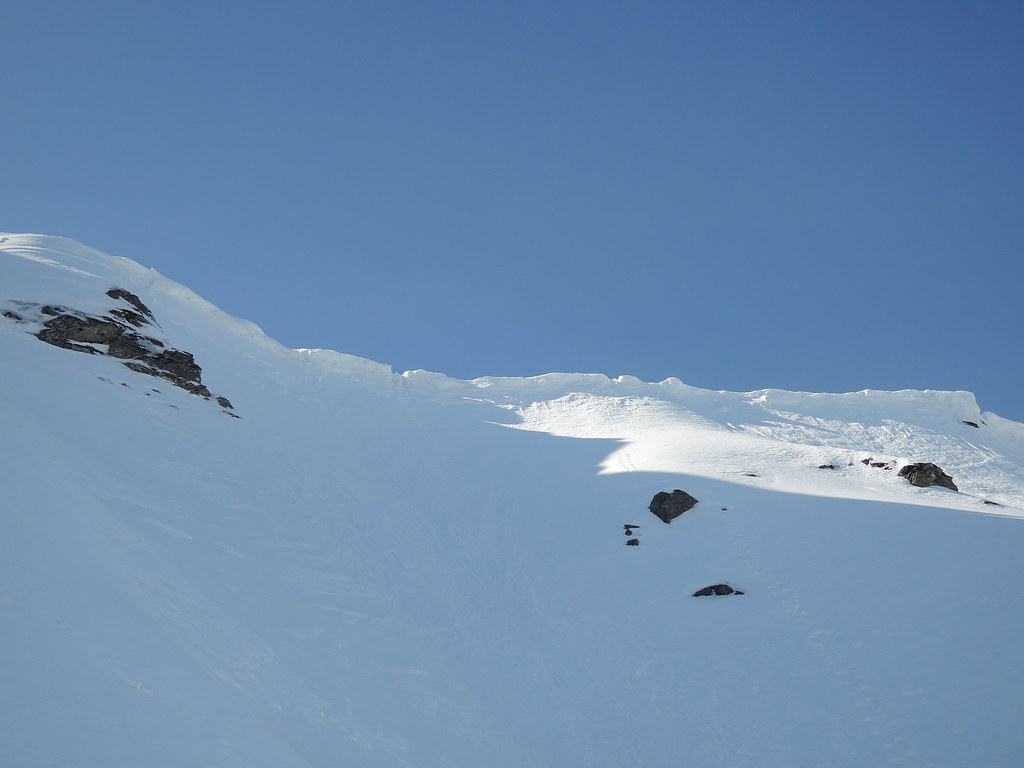 Views were incredible at the top, no haze & great visibility in all directions. Route in: 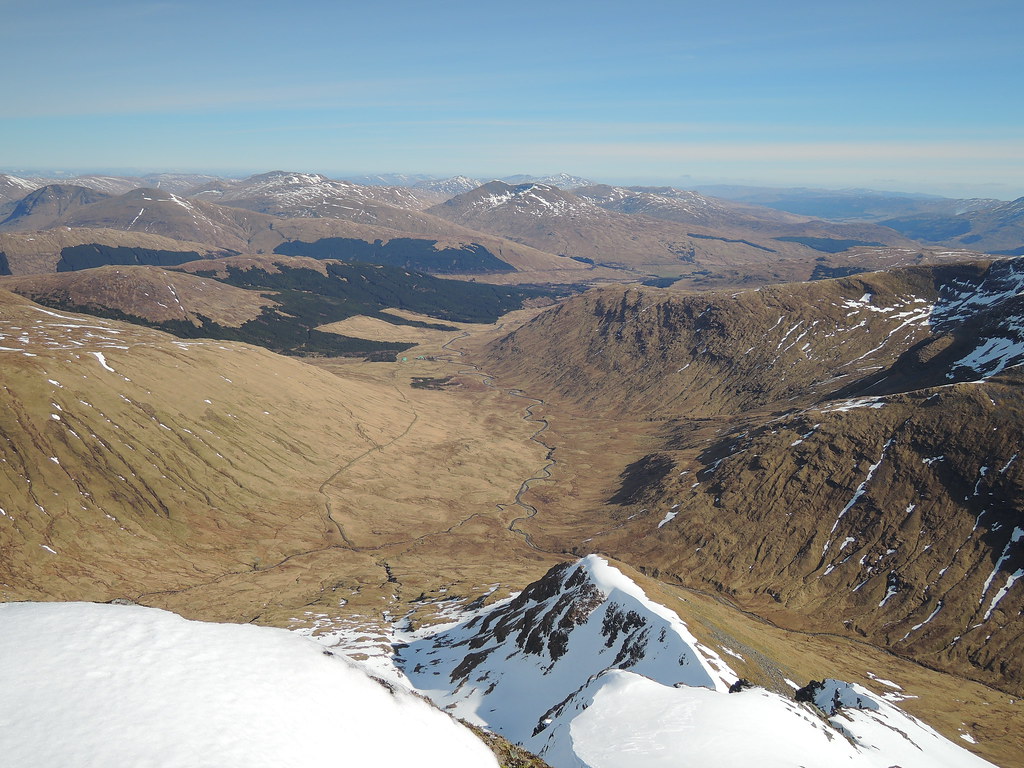 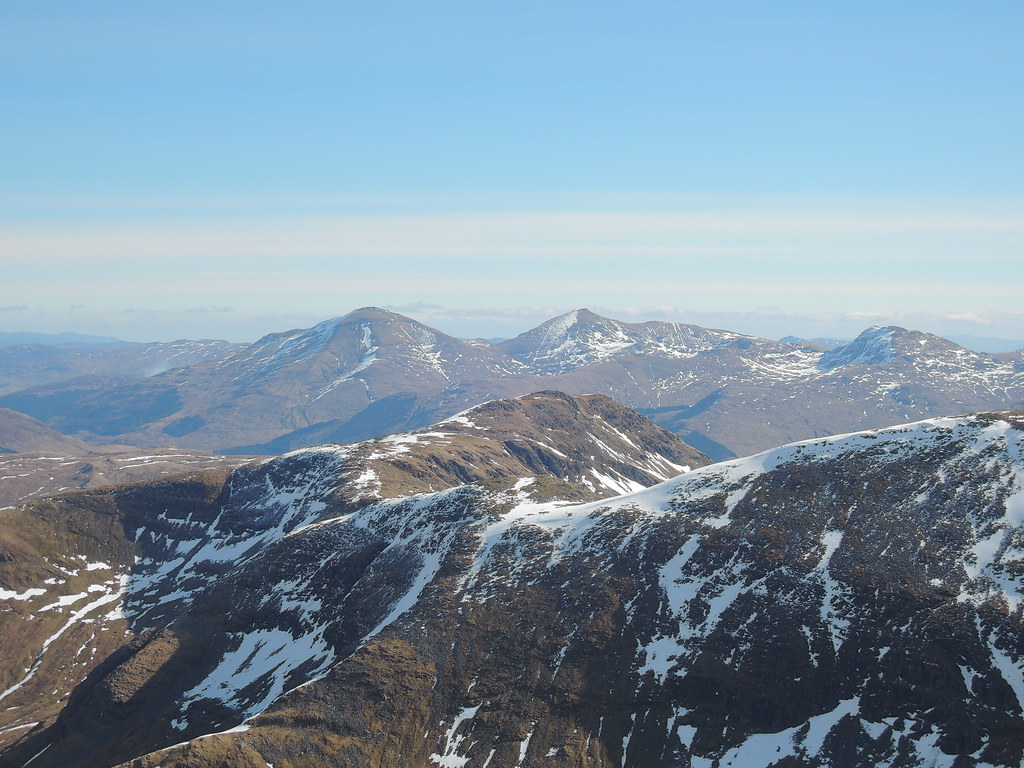 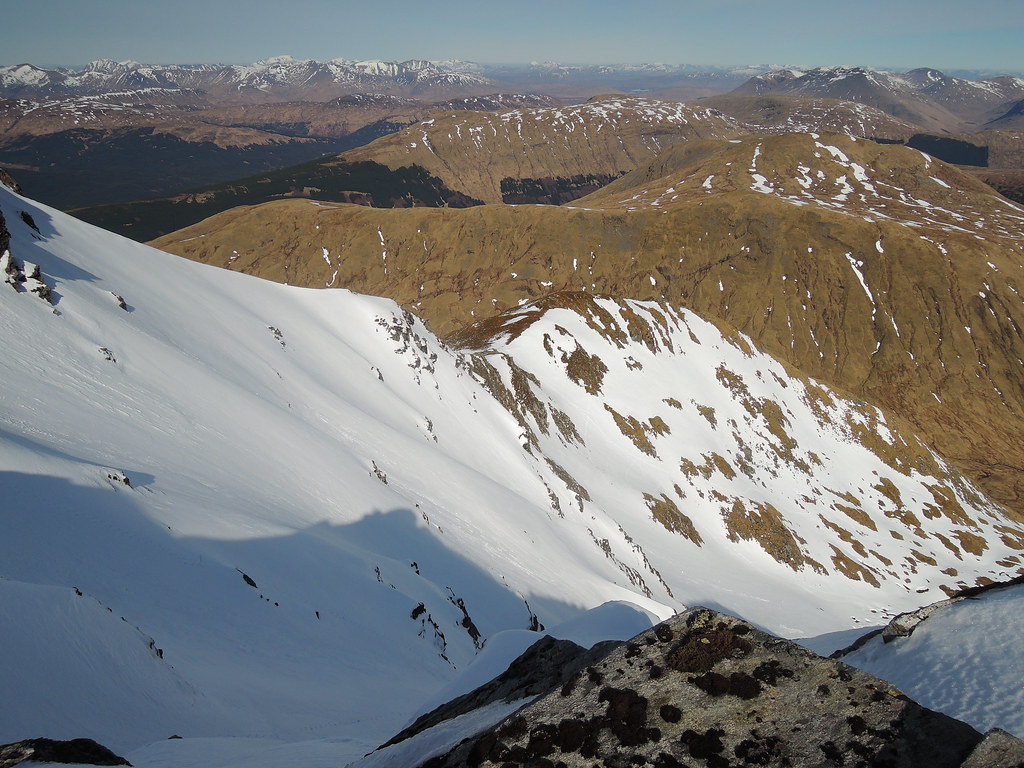 Wide fracture lines at the cornice 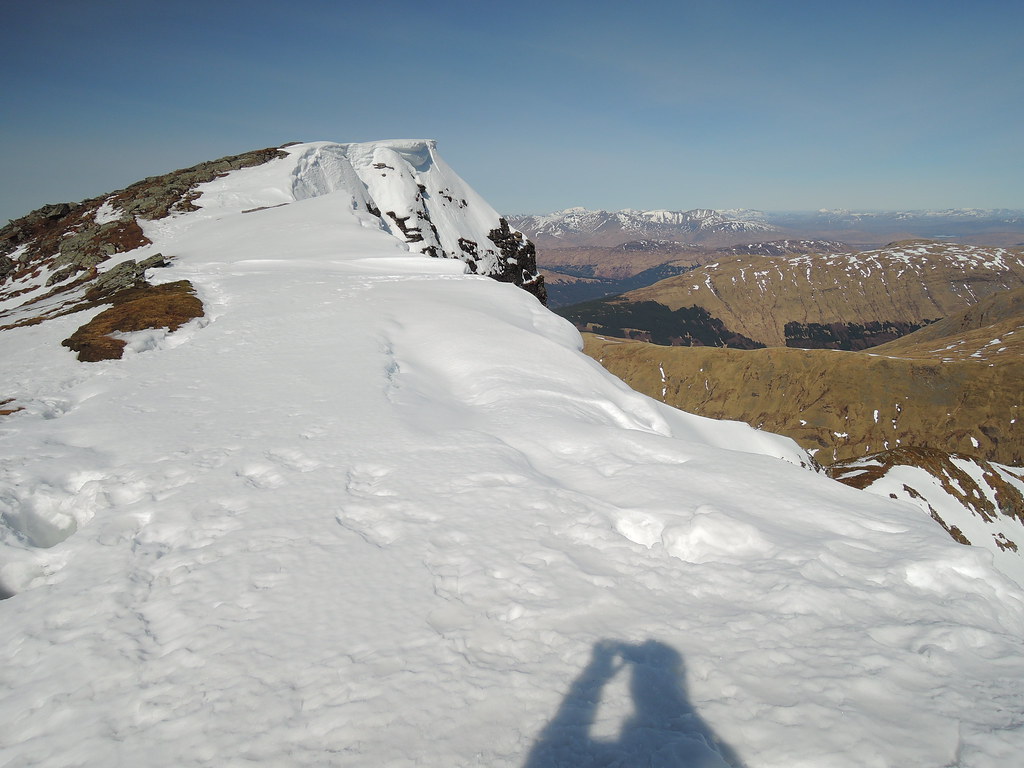 Summit & Ben Lomond on the right. 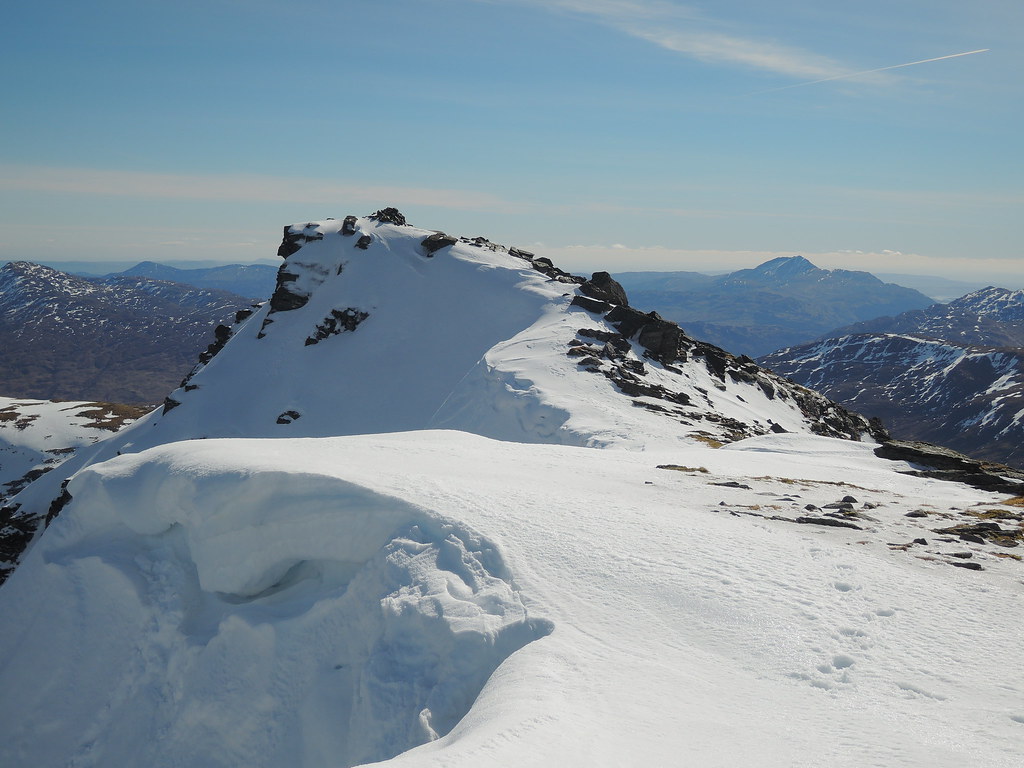 Ben Cruachan & Loch Awe, with Mull & the other Ben More behind Cruachan. 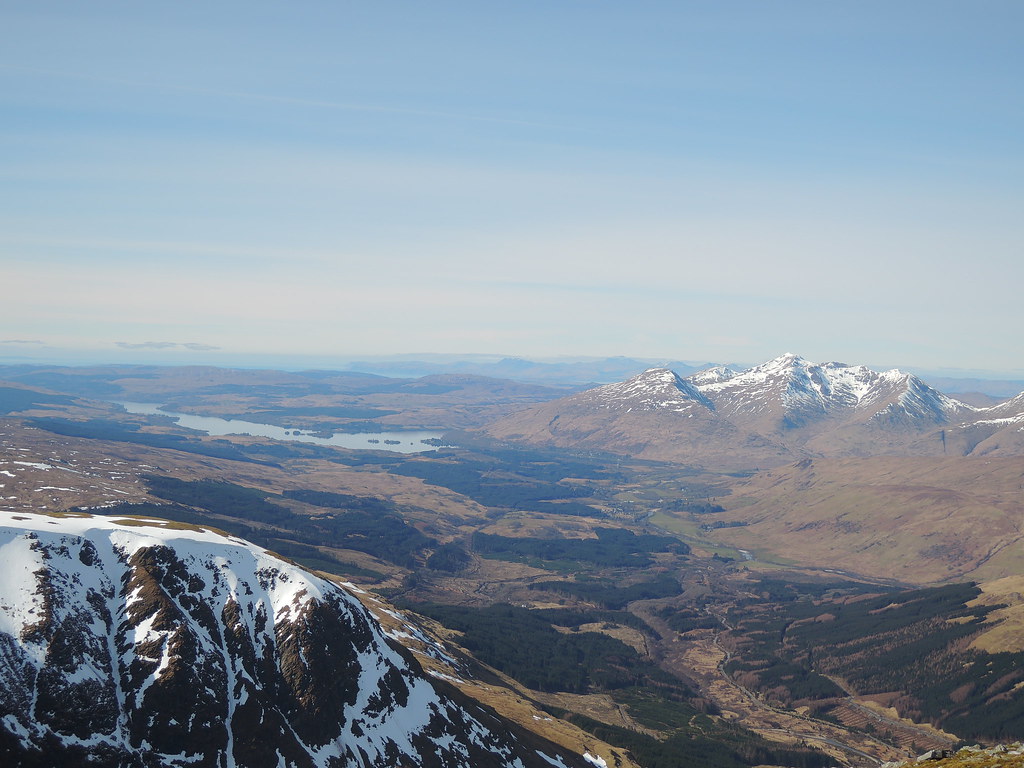 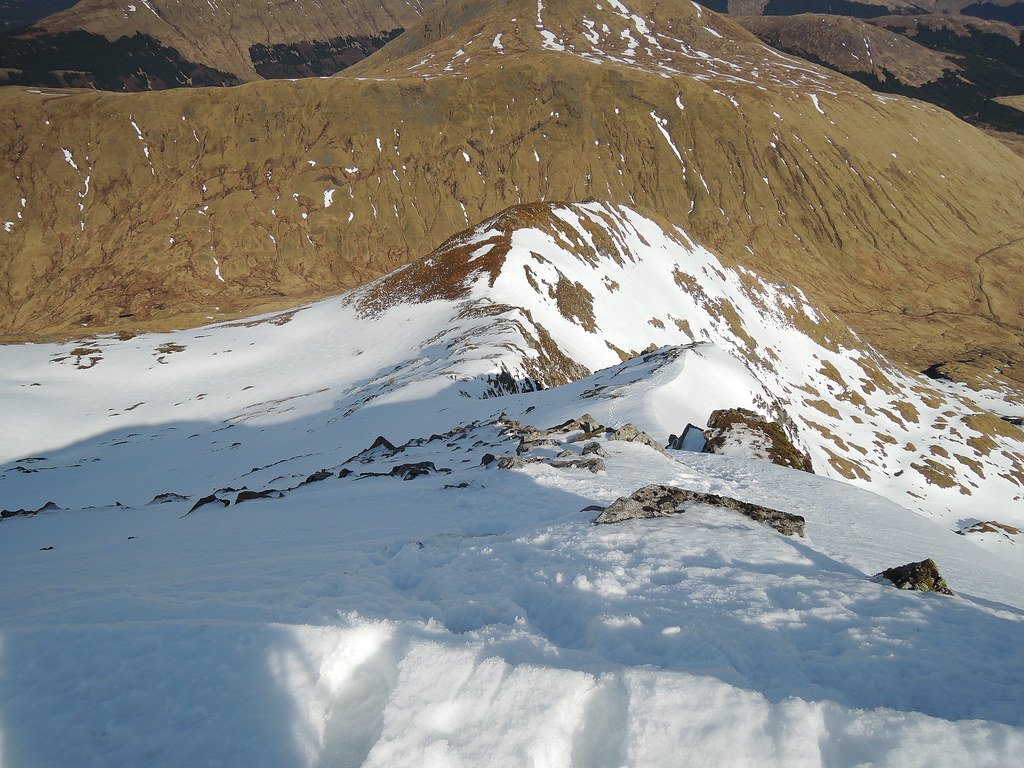 Back to summit, everything looking great today - should have taken a selfie! 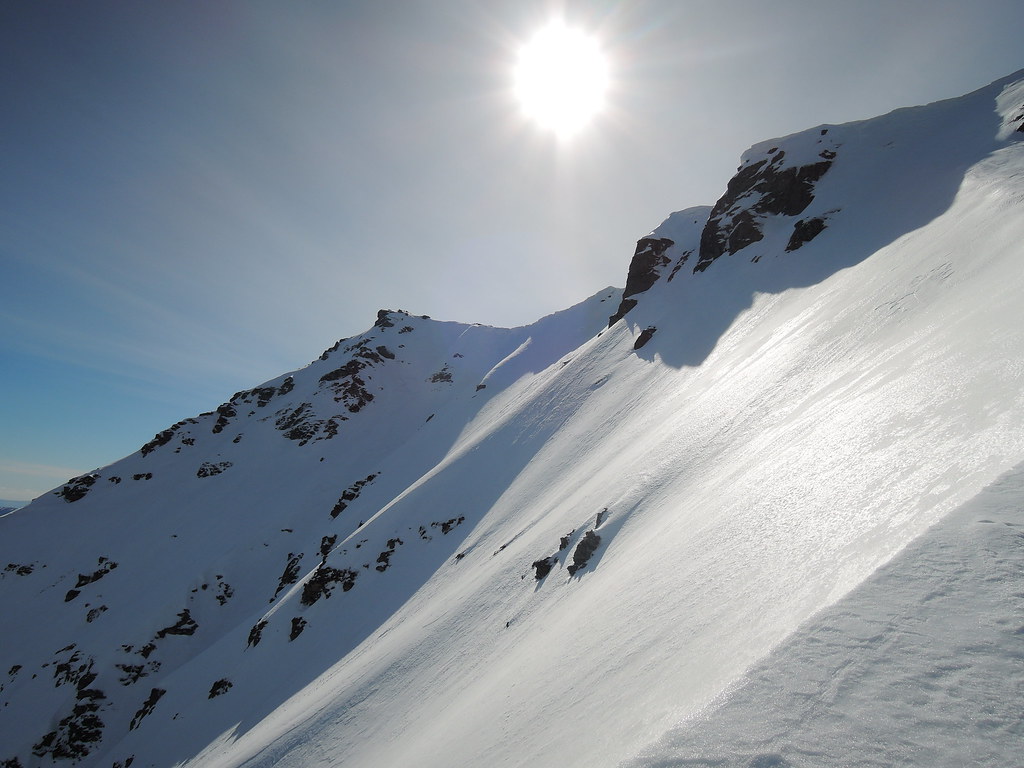 Snowboarders making their way up and Cruachan again. Ridge down, then turned right on some soft unstable snow. 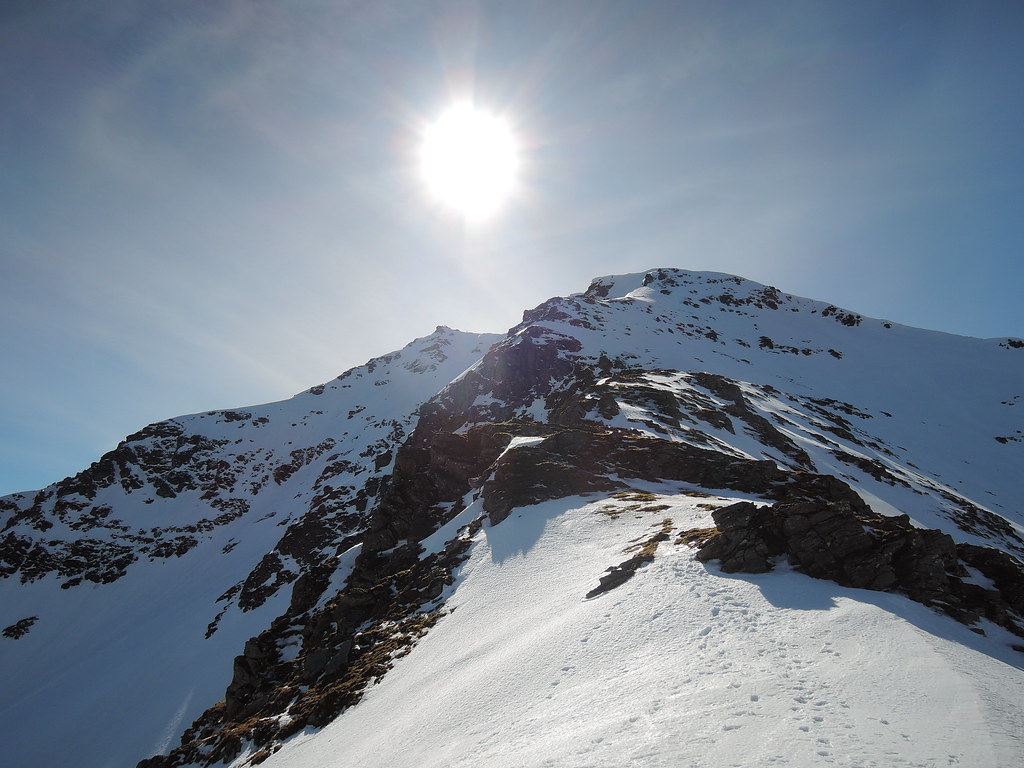 Last bit of descent into the coire. 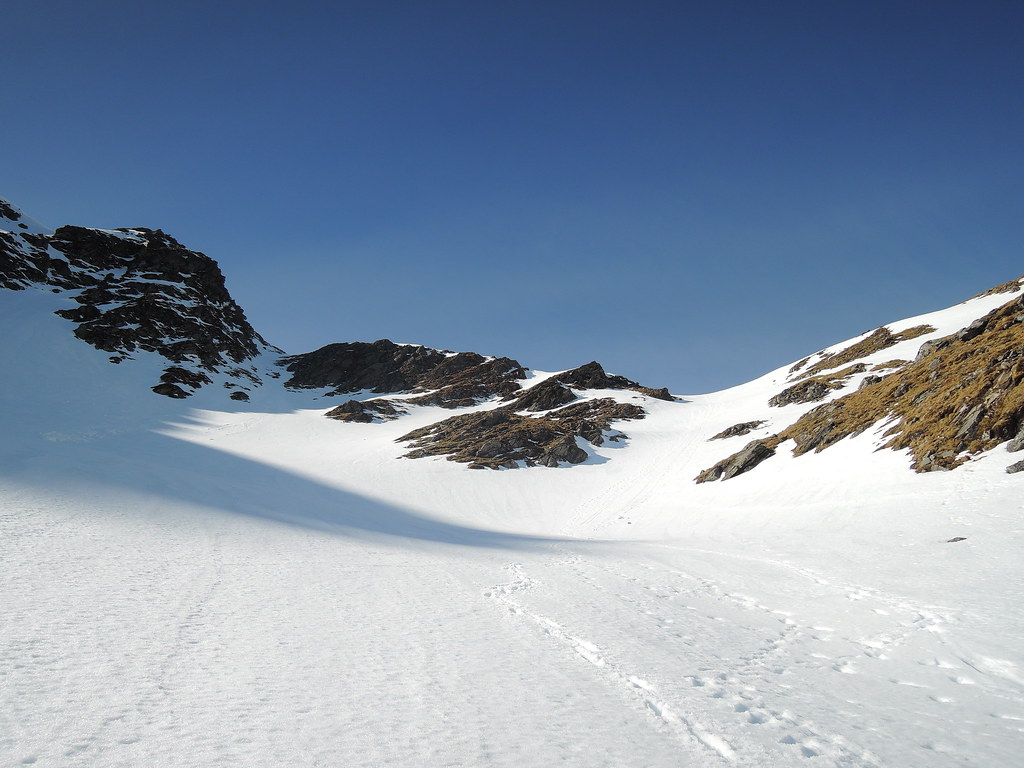 Couple of guys making their way to the gully, the snow on the face is actually in pretty good condition and getting some shade but that cornice is baking away in the sun. 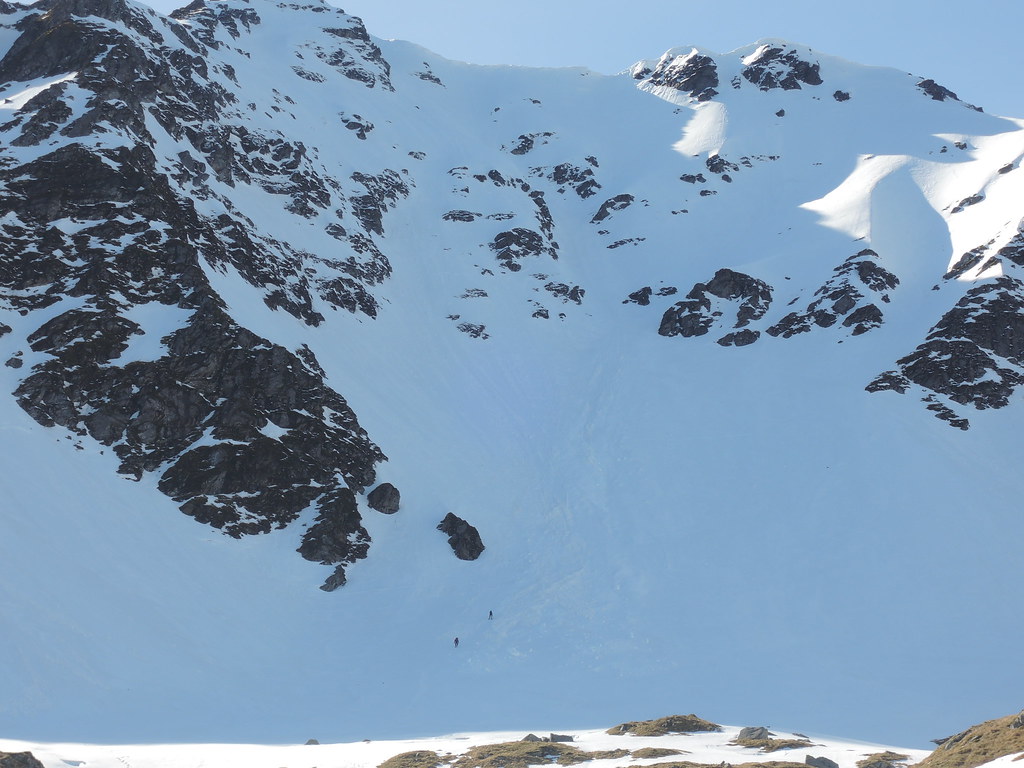 Fantastic day & everyone I met was impressed with the weather & views but this face is getting very avalanchey.

Cracking photos from a fab mountain.

Ben Lui is my desktop photo. Minus the snow

I spent today studying in the library with one eye out the window admiring what a beautiful day it was, nice to see you were enjoying it! Lovely photos

Great pics! I have only one condition for doing the munro's- on every mountain I take some water back for a dram in the evening, good to see others observing this fundamental of hillwalking! Lui is a fav!

That looks great. Summit is very eye catching but also great to have a view extending over Ben Lomond and Ben Cruachan.

Went there in 1991 after a night in the small railway hut at Tyndrum. Had a horrendous walk back by the railway after descending north west which was a really stupid thing to do.