our_route.gpx Open full screen  NB: Walkhighlands is not responsible for the accuracy of gpx files in users posts
An oldie from late last summer, found lurking in my "drafts".

This one features in the SMC Corbett guidebook and, having already experienced Cul Mor’s charms earlier in the Summer on a damp and blowy high camp with Avocetboy, it was pleasing to be setting off in dry, clear, warm conditions (albeit with a few puffballs threatening), 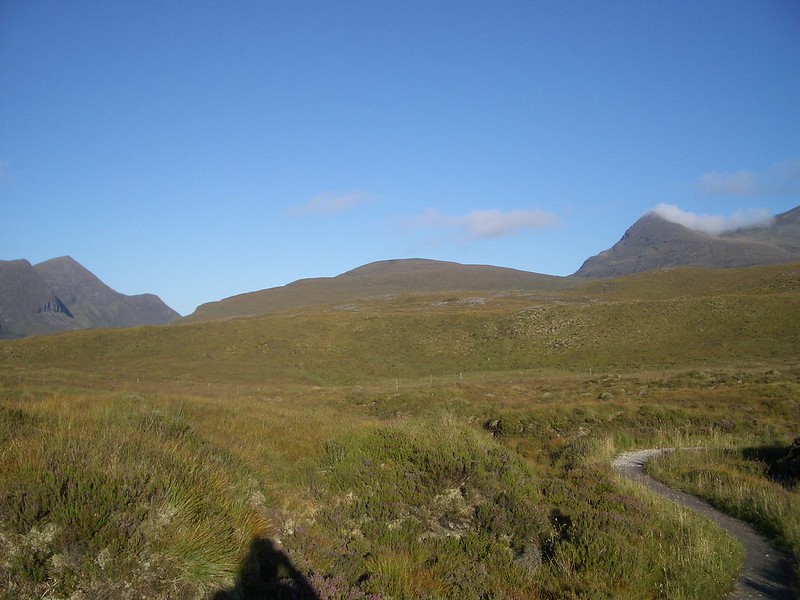 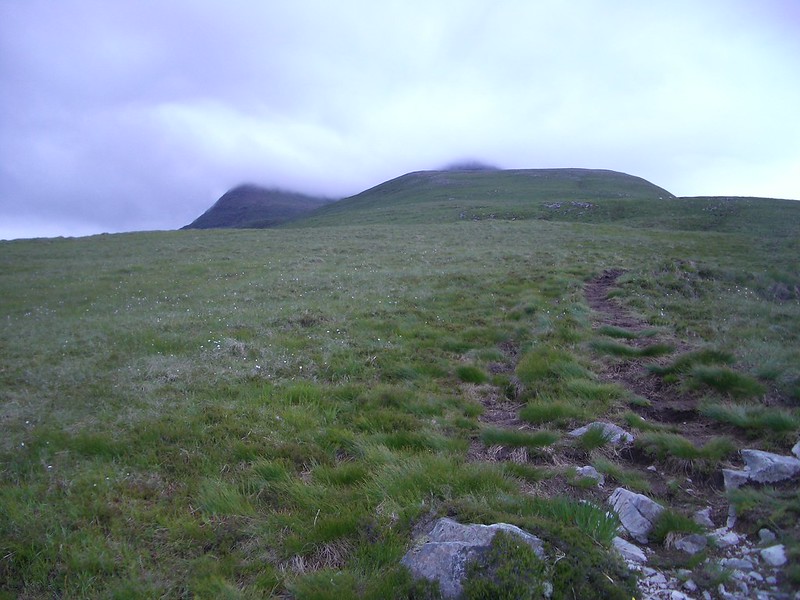 So, it as something of a tale of two trips this, having not previously submitted a report of our June high camp on Cul Mor, and concentrates on the most recent outing from the descent of Cul Mor onwards.

Starting from the usual spot opposite Knockan Crag on the good path, we headed up and over the moor where the path runs out and, remembering the seemingly never-ending slog across the bouldery Meall Diomhain, got the head down and motored (yes, motored, inspired by the surroundings & relatively pain-free walking) towards the NE ridge of Cul Mor, spurred on by the thought of clear views to Suilven et al. AB and I were denied these views last time and, having camped beneath Suilven on the shore of Fionn Loch the previous night (of which AB did a fine TR http://www.walkhighlands.co.uk/Forum/viewtopic.php?f=9&t=43602 ), I was keen to get decent views of our walk-in, camp spot and route up Suilven. 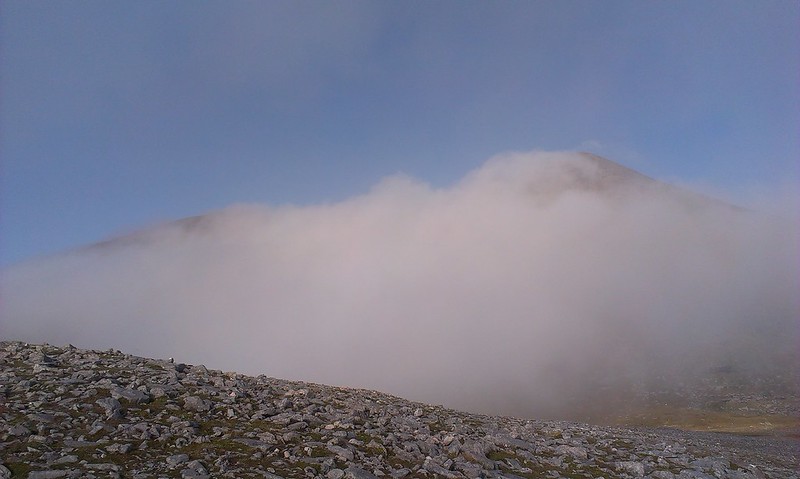 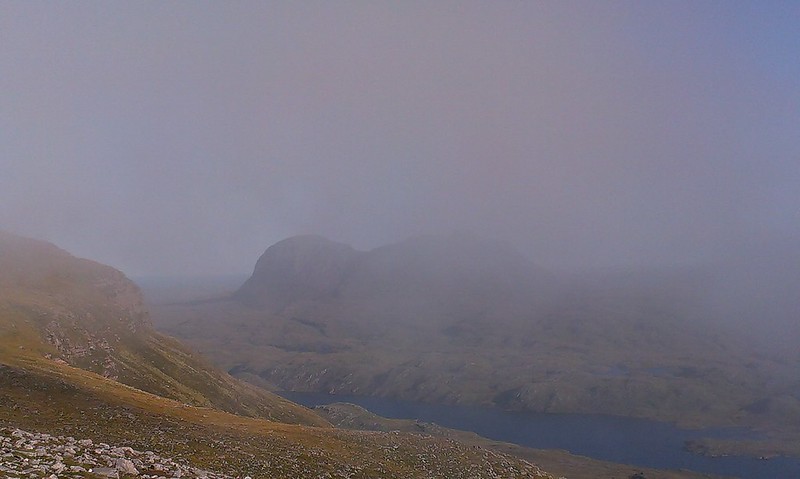 During a brief snack stop on the bealach between MD and CM, some low cloud that threatened briefly to deny us views of Cul Mor ahead and Suilven to the NW, it shifted though and we were treated once again to magnificent views in every direction (as on the previous couple of days, of this particular trip, on Breabag & Quinag). 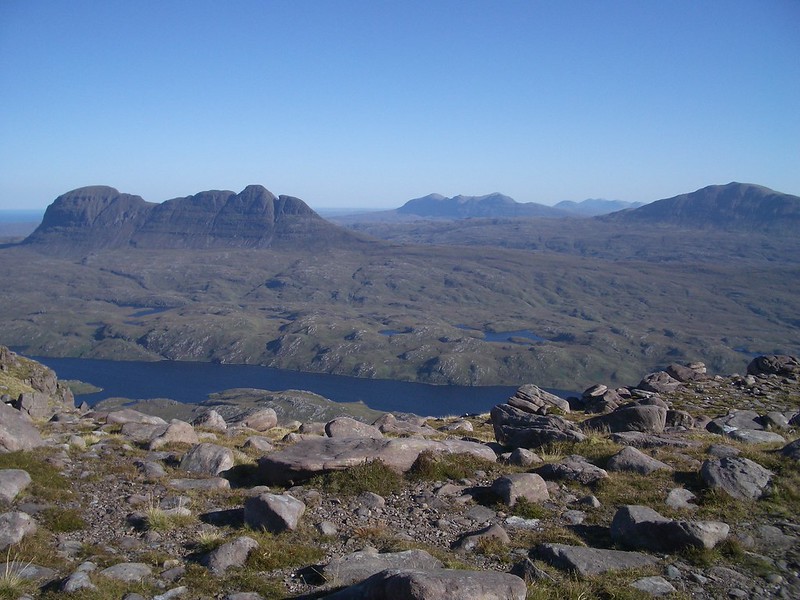 Slightly further up, the hoped-for views of Suilven and the coast were realised 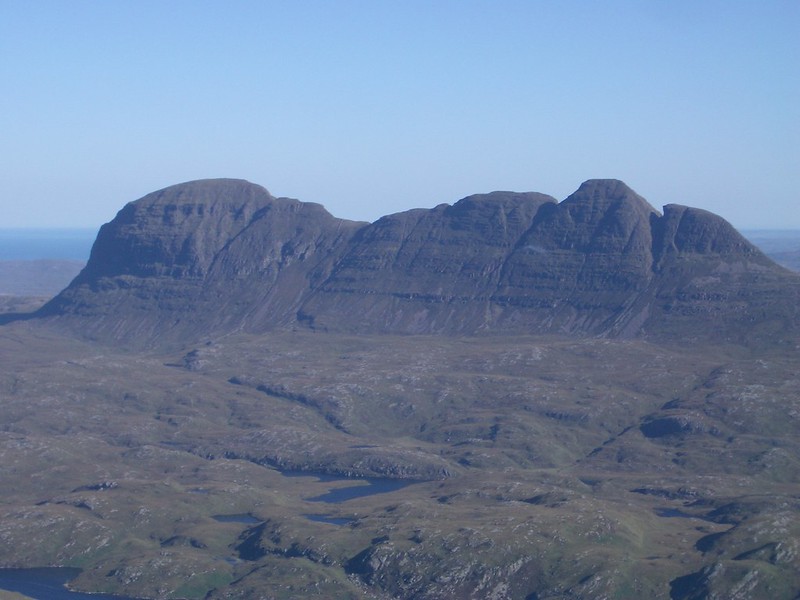 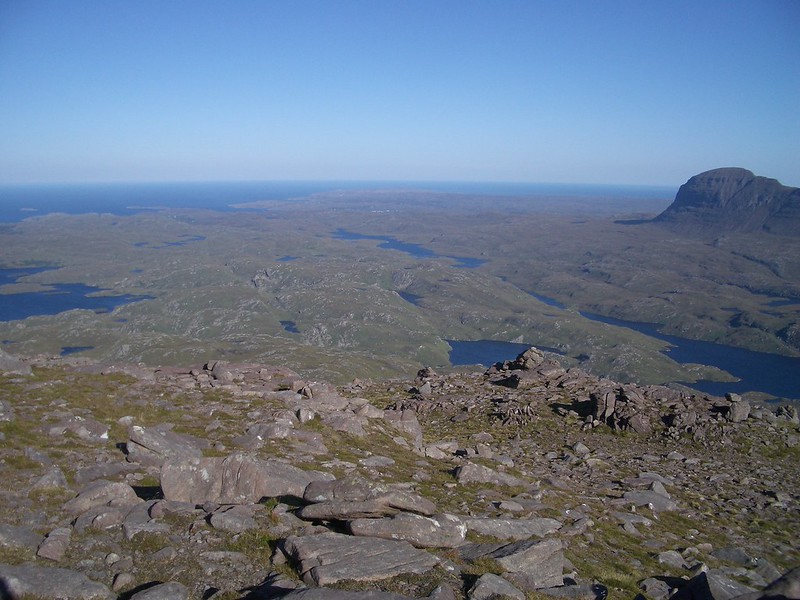 AB and I had sumitted here back in June, following an early-ish rise (not that early, as our hopes of watching the sun rise had been dashed by fairly miserable weather) ... 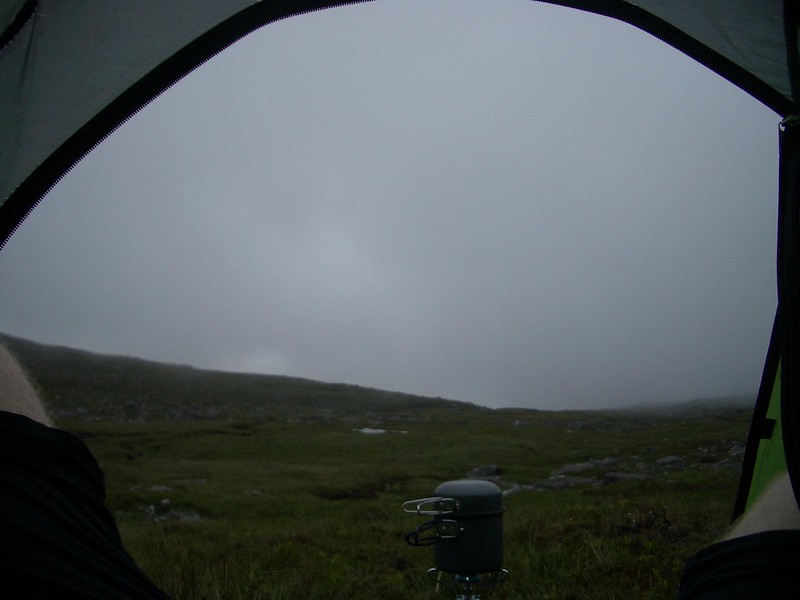 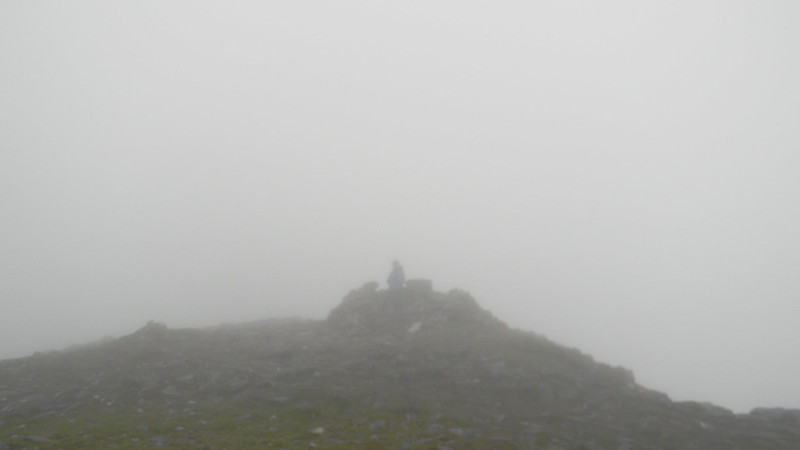 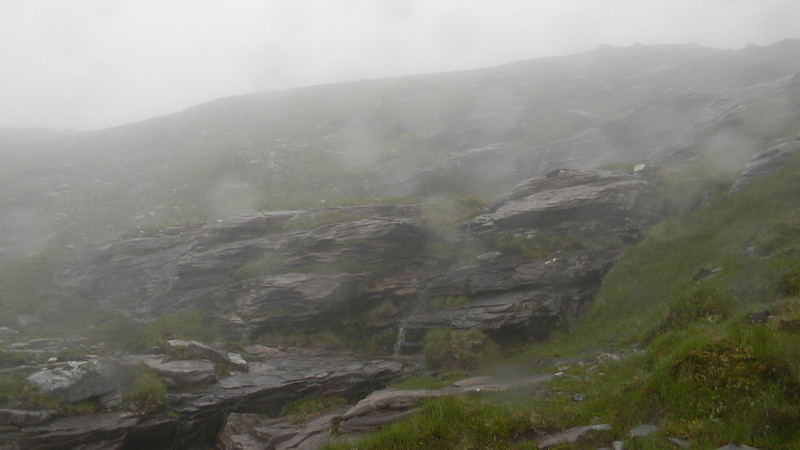 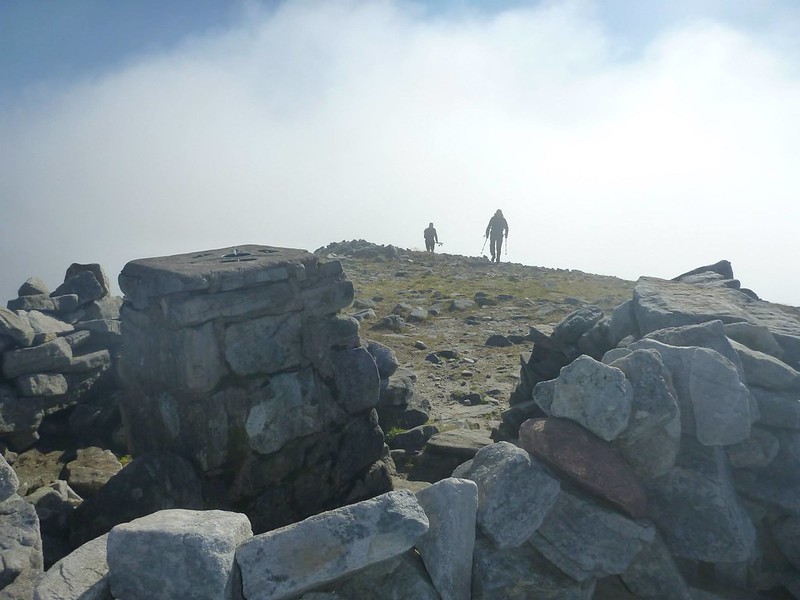 After summiting today and a quick break just below and to the West of the summit to take on some food, we headed down to the bealach and, contouring the South top, we headed down to Allt Lochain Dearg a Chuill Mhor (just above which, AB and I had pitched back in June) and down through some steep and rough terrain before levelling out on to a series of terraces towards Lochan Dearg itself, in the heart of the Inverpolly Nature Reserve, a beautiful and unspoilt, rarely visited corner. The descent to here had taken longer than expected and, allied to having set-off maybe an hour or 90 minutes too late that morning, once we’d skirted around the shore of Lochan Dearg, in the shadow of the cliffs of the SW top of Cul Mor, we realised Cul Beag was going to be a hill too far today, needing to be heading homeward by 3pm

. We sat and had, what we could now afford to be, a leisurely lunch while looking across longingly at the bulk of the northern corries of Cul Beag. Our disappointment was short-lived as it had been a great few days and a fantastic traverse plus, one of our number had a lovely 16 yr-old malt whisky in his hipflask which certainly helped to ease any lingering disappointment and lift the spirits. So, unbowed, we drop down across rough ground between rocky shelves and green tables, skirting azure waters, before rising up again and heading towards Cul Beag’s North ridge before rounding the foot of this and joining the path down to the Achiltibuie road at Loch Lurgainn, where we met our lift and began the long journey home, stopping in Aviemore for a welcome fish supper.

A few pics from the walk-out to round-off... 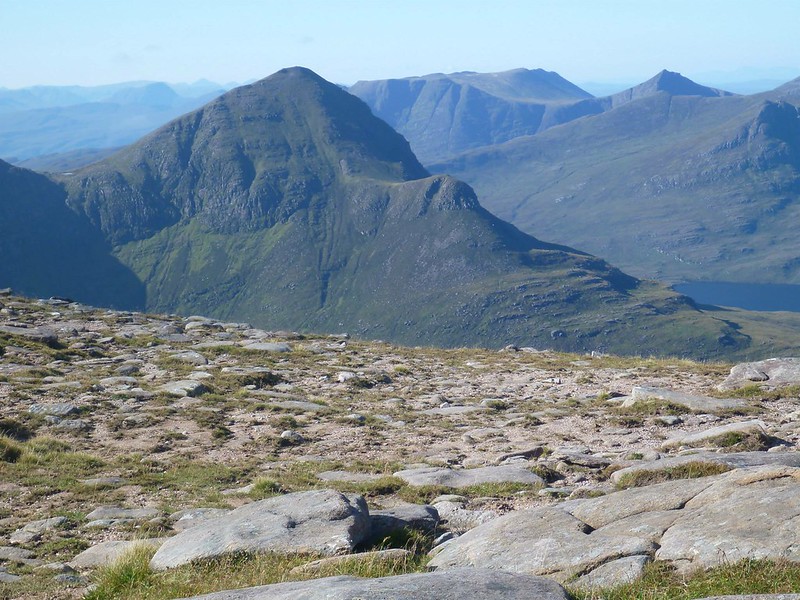 Looking down over Lochan Dearg to Stac Pollaidh... 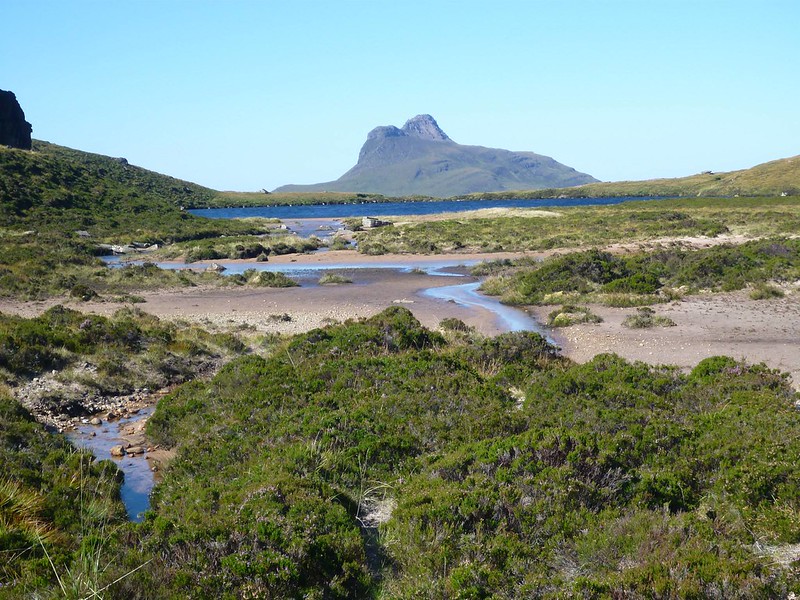 Our route out, winding its way between Cul Beag & Stac P... 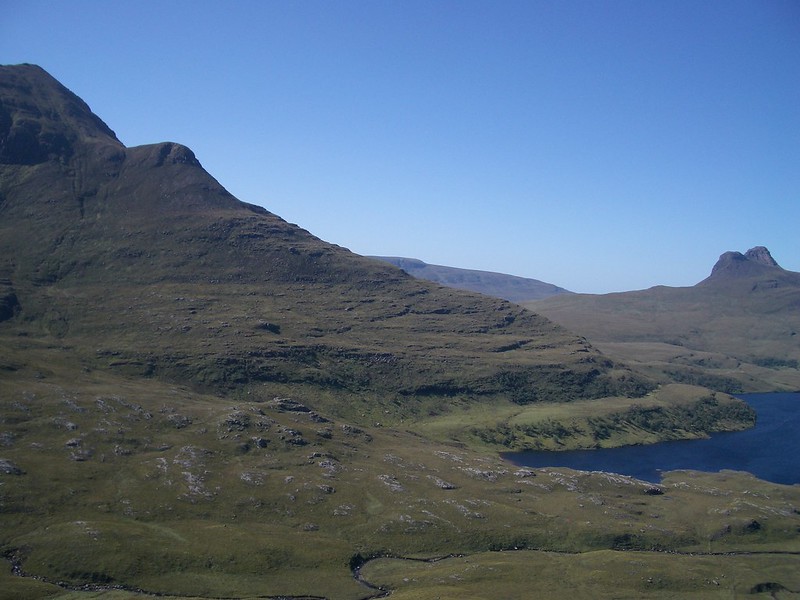 Cul Beag from the North... 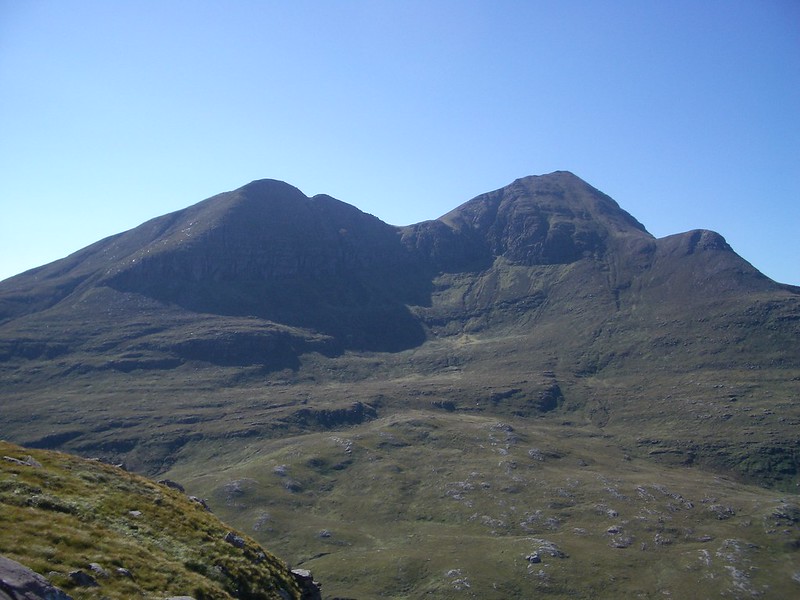 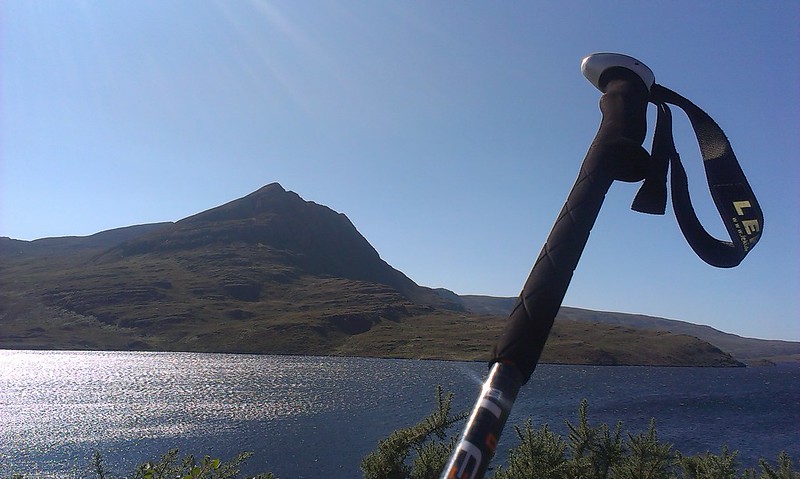 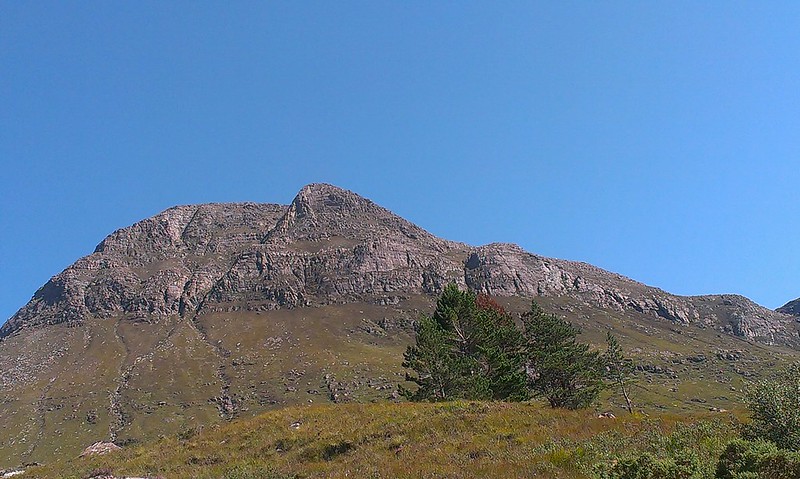 The views of what we hoped for back in June! Its a fantastic summit. Love the photo of stac Pollaidh from the loch.

Avocetboy wrote:The views of what we hoped for back in June! Its a fantastic summit. Love the photo of stac Pollaidh from the loch.

Cheers, fellas. By my standards, those pics are outstanding! Difficult even for me to foul it up in those sort of conditions in an area like that.