The nice weather was too good to waste so after getting home from work and grabbing some lunch, I headed out to enjoy the sunshine! Unfortunately I was a dog down as Fly has an ankle injury, but Millie was more than happy to come along with me and Dottie the Dalmatian joined us too! But where to go on a sunny Easter Sunday? I decided on Glen Lethnot, the place I figured would be quietest.

It wasn't looking too promising on the drive down with several cars coming in the opposite direction, but when I reached the car park at the Glen there were only two other cars there, and for one of those the people were just in the field by the river, and this thing: 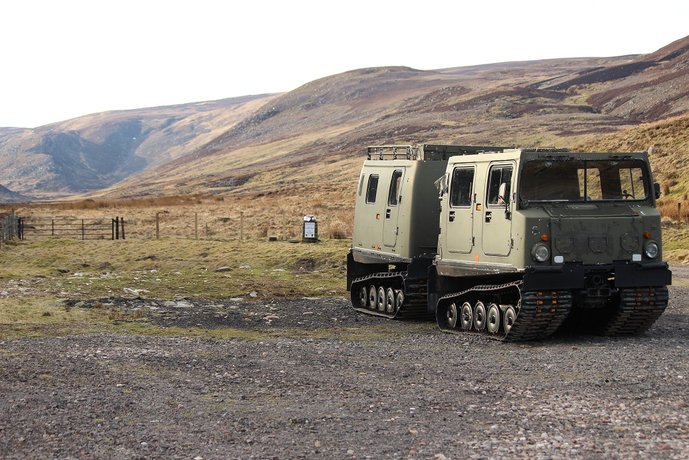 Strange vehicle at gate into the glen

We set off finding plenty of frogs and toads in the pools along the side of the path. 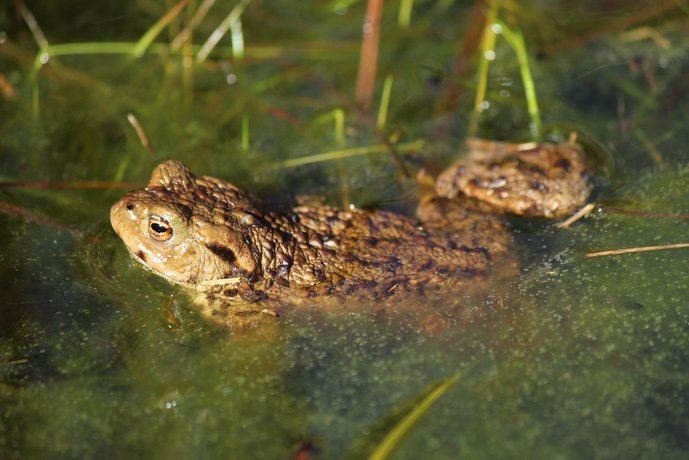 Was hoping to maybe see some adders, slow worms or common lizards but didn't see any of those.

Most of the lower part of the route was on landrover tracks following the river. 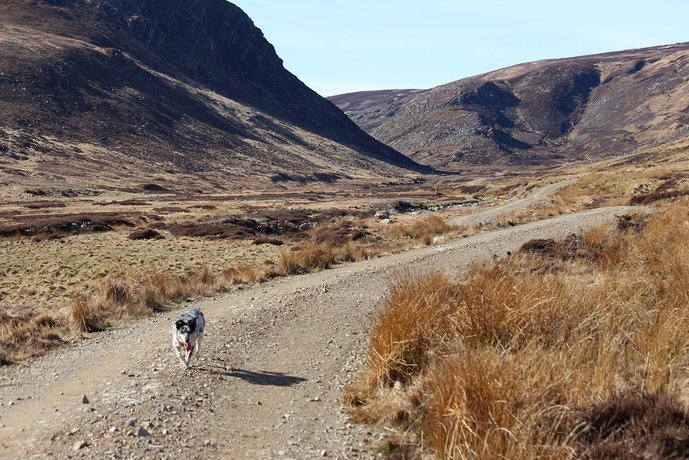 This road led uphill, which would be my descent route, while I continued following the river on another landrover track that was a bit more grassy but still easy to follow along to a footbridge. 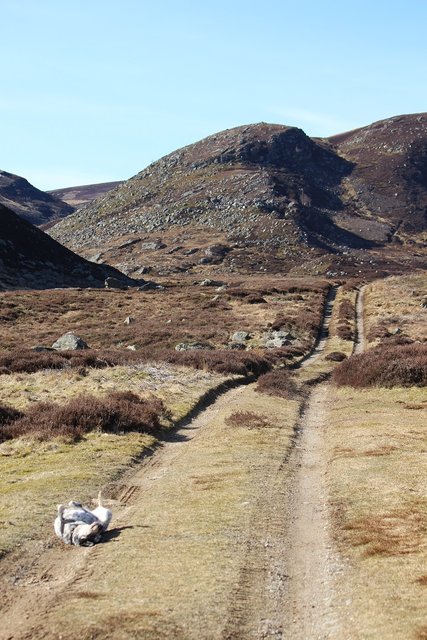 Track leading off from main track.

On the other side of the footbridge the path became more indistinct and boggy in places. We were going to stay in the valley, but after finding the path led onto very boggy ground and earlier coming across another couple of walkers that had seen mountain hare higher up, I decided to follow the path up to the top. This path was still a bit boggy in places but easy enough to follow up to the top. 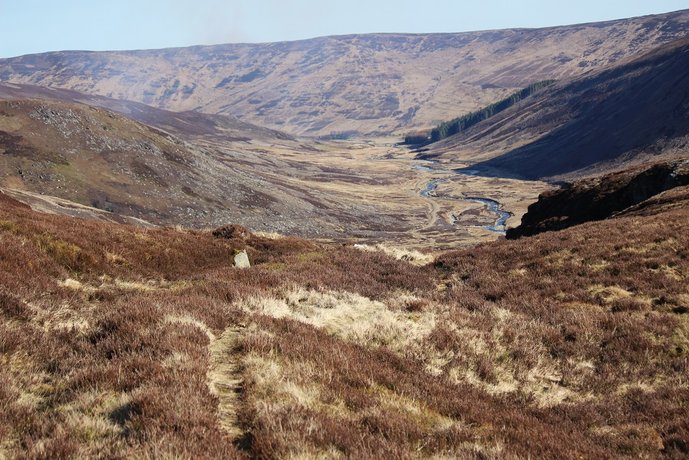 Looking back down from the top.

It was certainly worth it as as soon as I was at the top I spotted some mountain hare! One even came running straight towards us before realising we were there and turning around to run in the opposite direction! 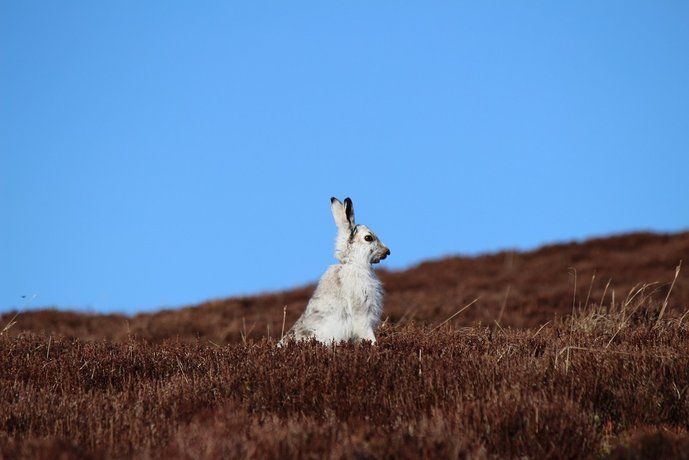 We were then back on a good landrover track, managed to find a way to cross the ford (I hate having to cross water!), and then it was an easy enough walk back down the hill to where the track had originally split. 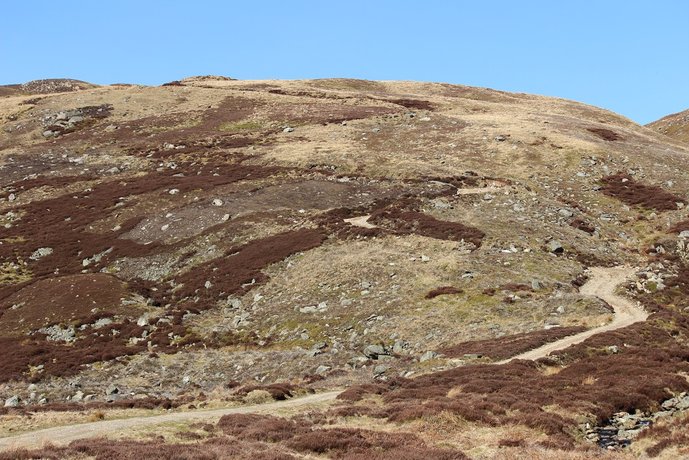 The path back down

All in all, a very enjoyable walk for a sunny Sunday afternoon! Though Dottie got a bit tired and needed a piggy-back from Millie... 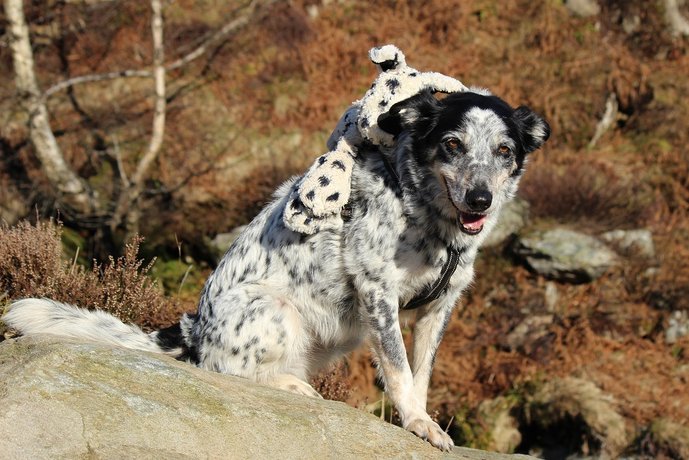 Dottie gets a piggyback

You wanted to see some adders

Love the pic of the hare.

I was trying to figure out where this walk was then realised I did the Hill of Wirren about a year and a half ago and your starting point would be at the end of that road.

Haha yeah, I'm a bit of a reptile fan so I like going out to spot them. I've only seen them at Loch Lee/Glen Esk actually never anywhere else yet!

One I spotted last year -