Going commando in the hills

Going commando in the hills


After checking the forecast on Thursday it was for full sun all over Scotland so after checking our Munro map it was decided to go for these 2 at Bridge of Orchy, alarm was set for 6 o'clock although it was over an hour later that we set of and it was just before 10 before we got to the car park, quite surprisingly there was only 1 other car there, another couple who we would be following for the whole day and would only catch up as we were returning to the car park. , oh well will just have to use my phone, thankfully it was fully charged.
We headed off along the track ignoring the hill path sign and headed for the farm and through the gate onto the path alongside a wall. Went through a gate and made our first river crossing, a taster of things to come. looking back to first river crossing 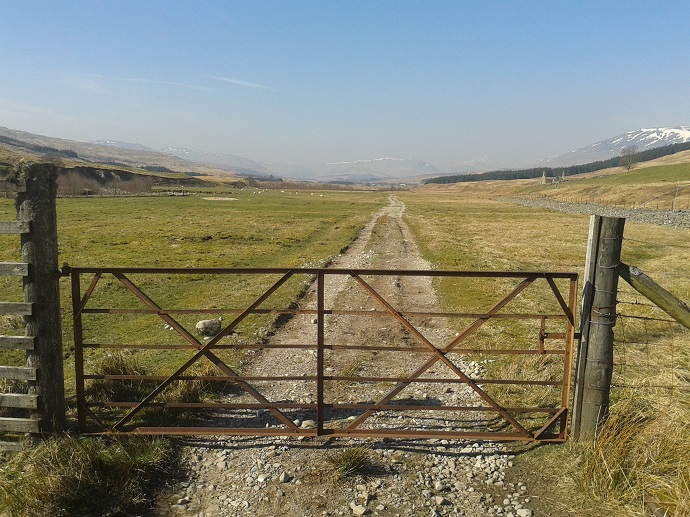 further along we came to a bridge where the decision was made to continue cross and continue on knowing that the footbridge was down further along, but the river was not in spate so i thought it would be ok, what did i know? bridge where fateful decision was made path down to bridge the "bridge" over the river Tulla

We found a likely spot to cross and opted to use our walking poles to aid our crossing, mrs H went first and i followed, disaster was about to strike,
i was following in mrs H's stepping stones when i felt one foot slipping and decided to make a rash attempt to get to the next stones with a very wet result, everything soaked from the waist down, Mrs H, after the initial shock found this hilarious

and took great delight in taking a few photos, the only good thing was that i DIDN'T have my camera with me otherwise it would have been ruined but this was cancelled out by the fact that my GPS was cracked and not working

but thankfully had viewranger on my phone the aftermath of my crossing attempt!

i have to admit that my first thought was to turn back, but after some thought and mrs H's suggestions that i could where my waterproof trouser and jacket decided to carry on. EVERYTHING! had to be stripped of the lower half, hence the title, also my fleece was wet so that along with my trousers were tied to the back of my pack to allow them to dry out in the sun/wind (it was half way down the final ascent before i got changed back), no chafing was suffered!
So, onward and upwards i squelched. Now it was a long long slog up the grassy slopes (Mrs H hates grassy slopes) alongside the Allt Coire an lochain.
It was now getting a bit windier and chillier so decided to stop and put on my fleece but it was still damp, Mrs H suggested that i put on her poloneck top that she had with her, it was pink put i wore it anyway, how much worse could my day get Now the hardest part was over it was on to Beinn Achaladair. the final ascent to Beinn Achaladair

After 1.5hrs summit 2, Beinn Achaladair was reached, Mrs H lay down on the cairn only for me to tell her that the actual summit was further along. Now it was just case of another long slog (2.5hrs) down to the car park, including a trouser change. Near the farm a sign points to a footpath to the car park which disappears after 50meters on so. nearly at the car park

Re: Going commando in the hills

Lightweight flipflops and a wee towel - invaluable for water crossings

Re: Going commando in the hills

Thanks for this, I've been pondering these two but leaving them for after the snow melt to ease the river crossing. Looks like a great day despite the soaking