Over in Dunvegan for a site visit, and I'd planned on heading back to do Garbh-bheinn on the way home. However, weather on the east of the island was pants, but Dunvegan had blazing sunshine! What better chance to do the tables?

Started at the water treatment works near Osdale. Followed the Osdale River in a short way, then picked up the vague NE ridge of Healabhal Mhor. This was fairly pathless but easy enough. Brilliant views from the edge of the summit to all of Harris, the Uists and Barra - Clisham was getting some rain by the looks of it!

Looking back to Dunvegan: 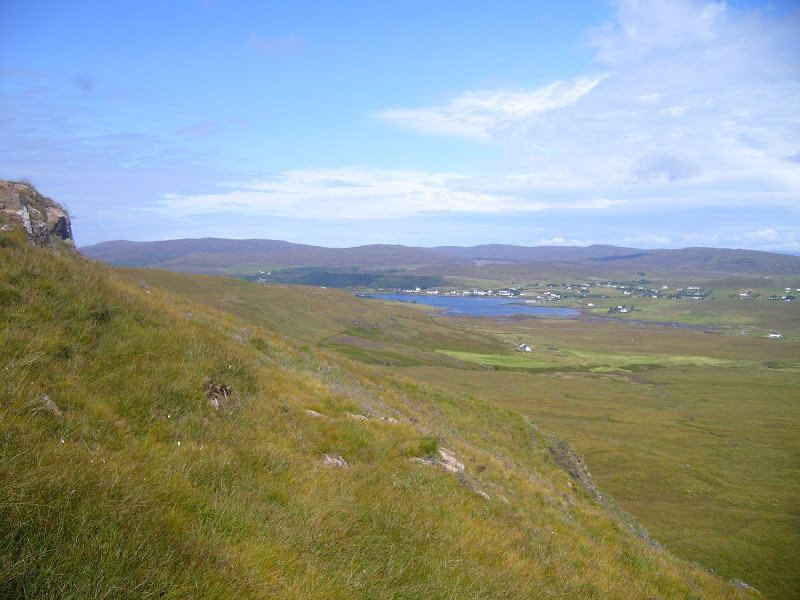 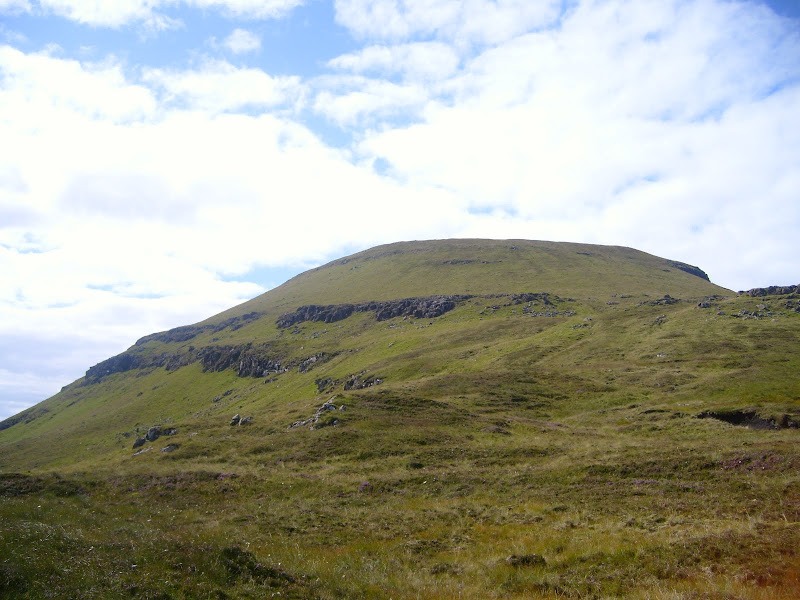 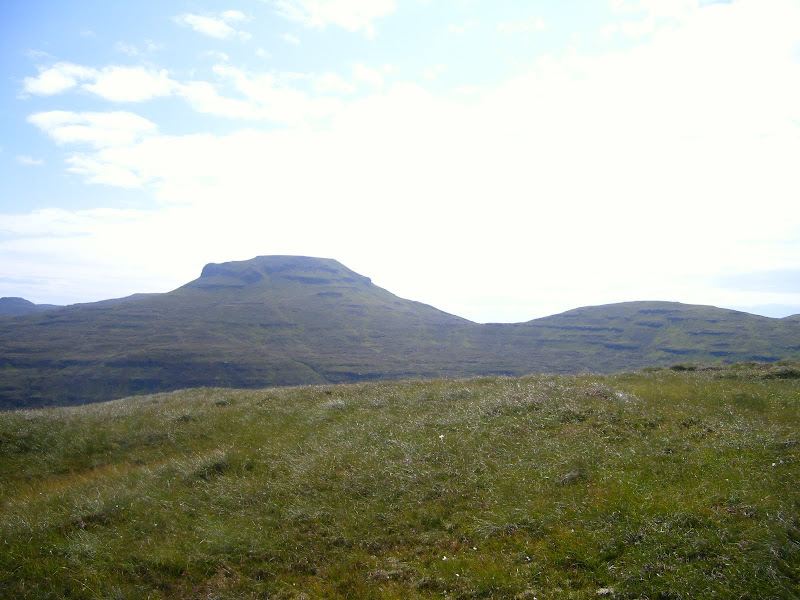 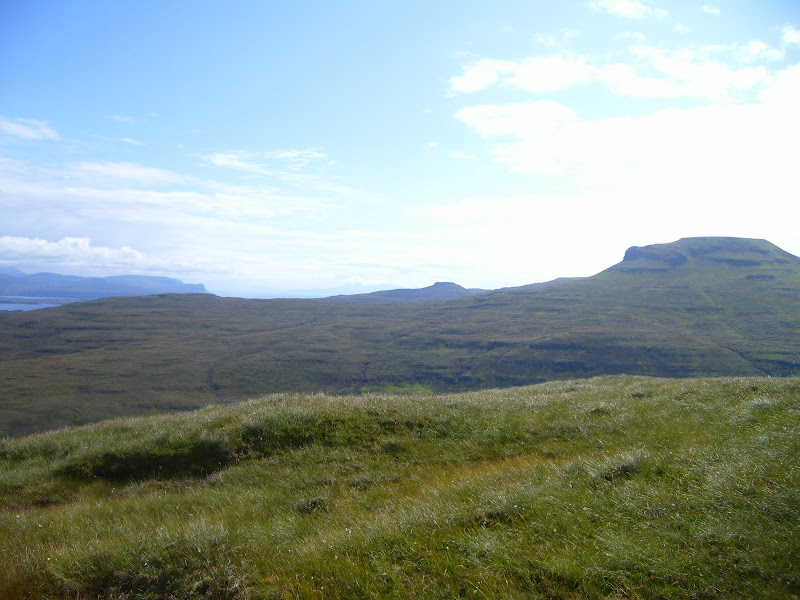 Loch Dunvegan with Harris in the background: 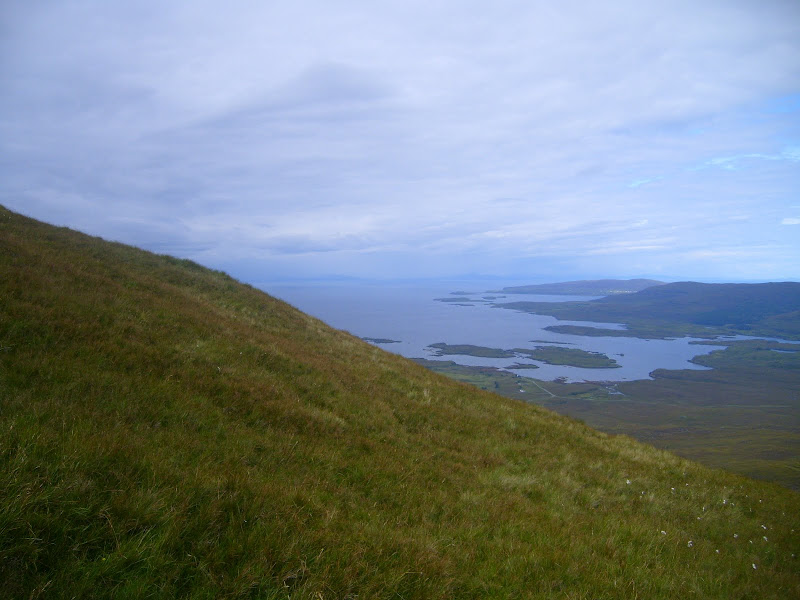 The descent to the south was a mixture of grassy and boggy. Being lazy, I contoured round the intervening bump, which was a bit rougher, then made my way over to the much steeper slopes of Healabhal Bheag. This was definitely the more interesting looking of the two hills, and the views were also improving over the Black Cuillin, where the clag was steadily lifting. The summit was much smaller than the previous one, and the SE and SW faces were fairly steep and craggy. 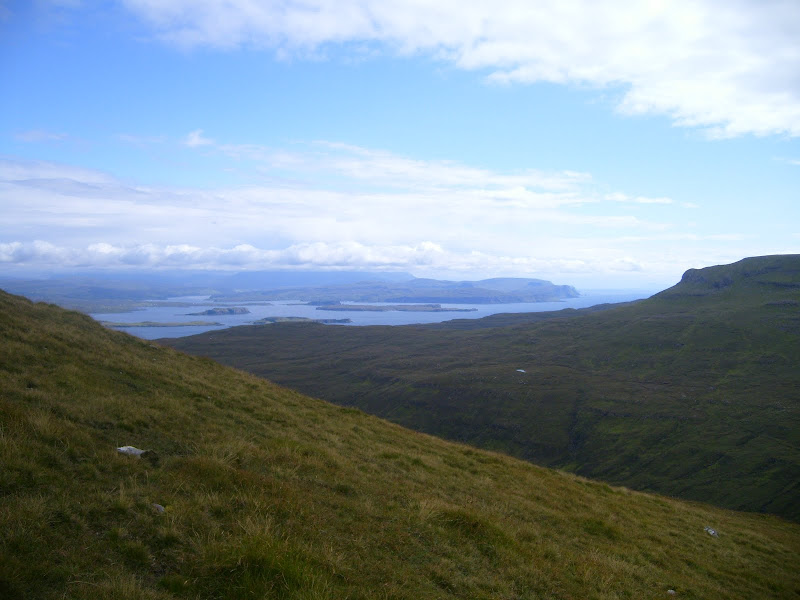 Looking across the Minch to Bheinn Mhor, S Uist: 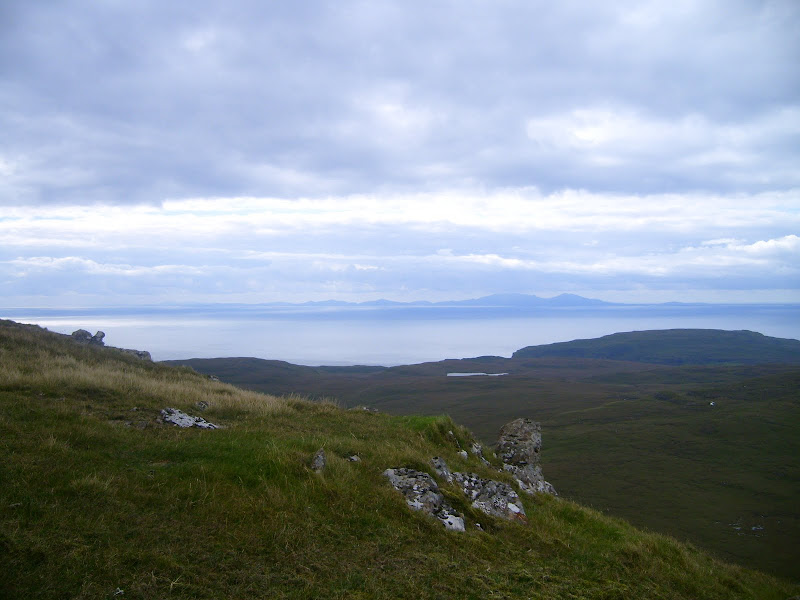 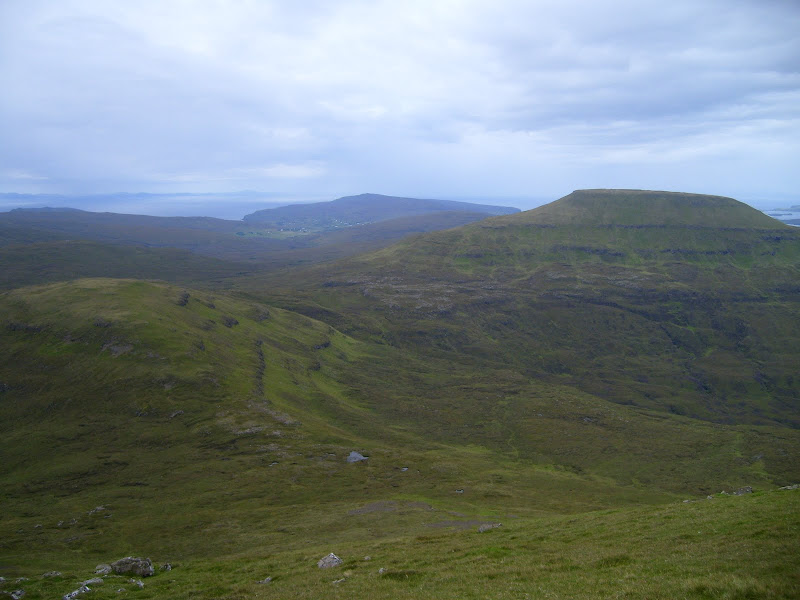 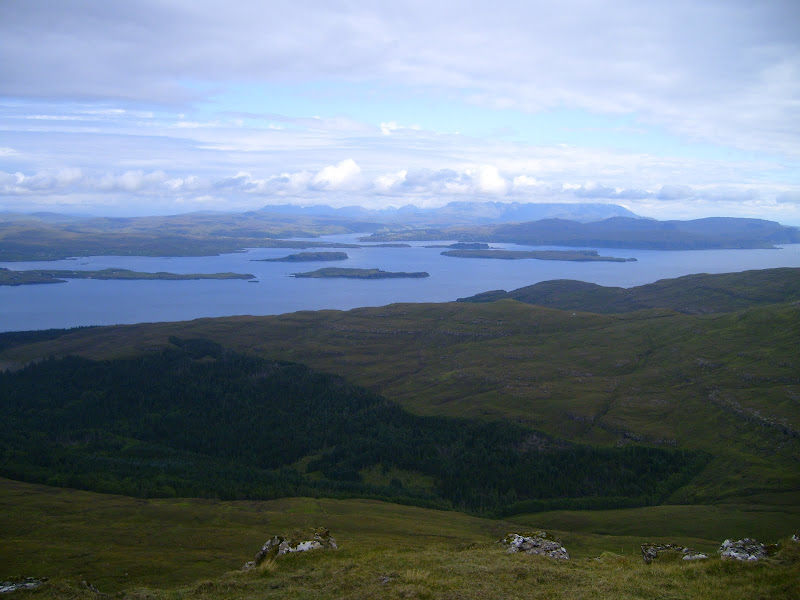 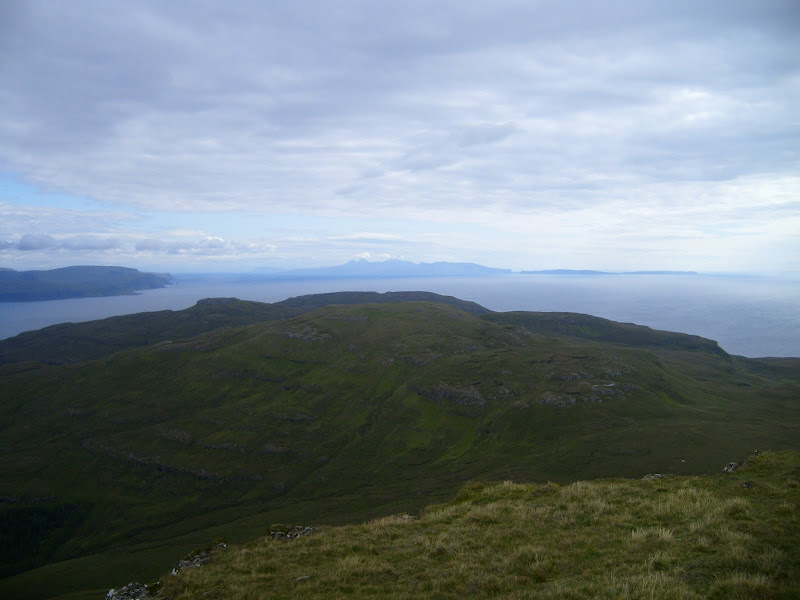 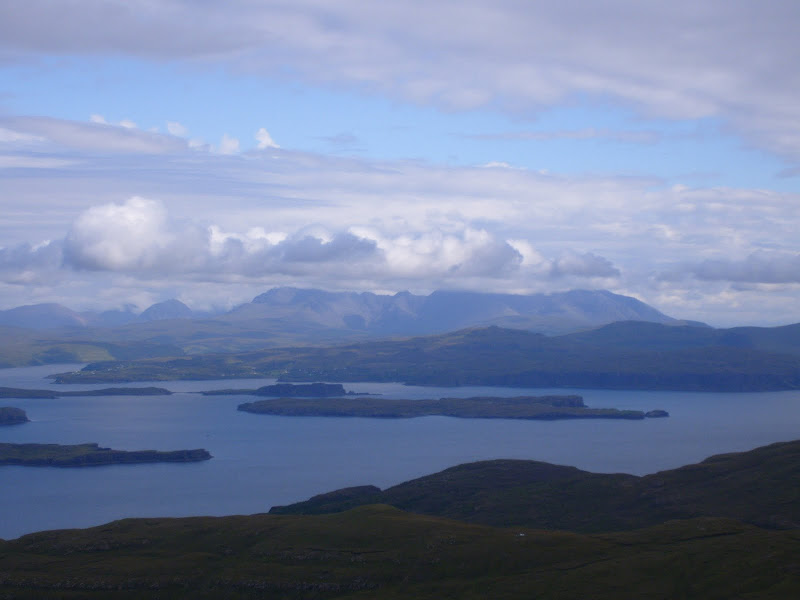 Missed out the 3rd Marilyn of the group (Beinn Bhac-glais) as I couldn't be bothered this time, however it looks that the best longer route on these hills would include this and some of the coast path. A recent report by Munros111 included some of the coast.

There was something of a path off the southern table, with a short steep section. This appeared to head to Orbost, which wasn't much good to me, so I was soon off this heading back to the car near Osdale. The middle section of Glen Osdale was extremely boggy, with some large tussocks and holes in the ground - fun 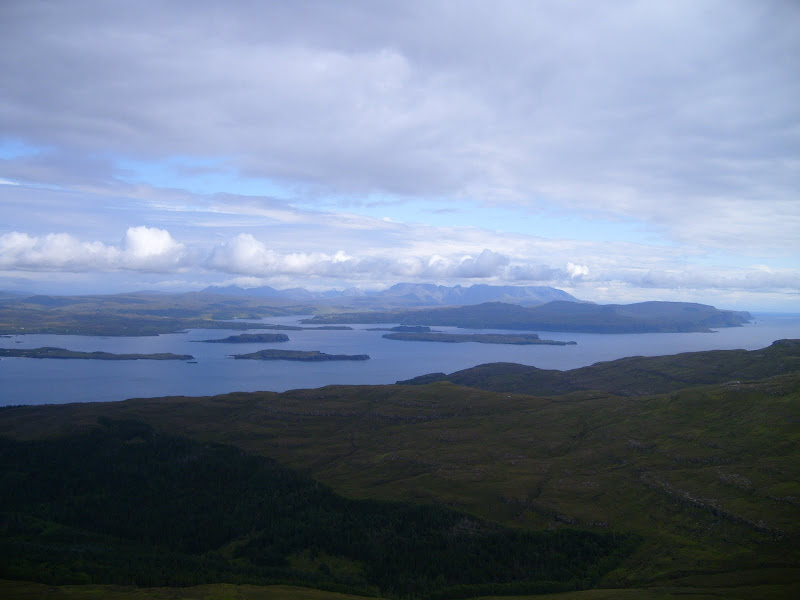 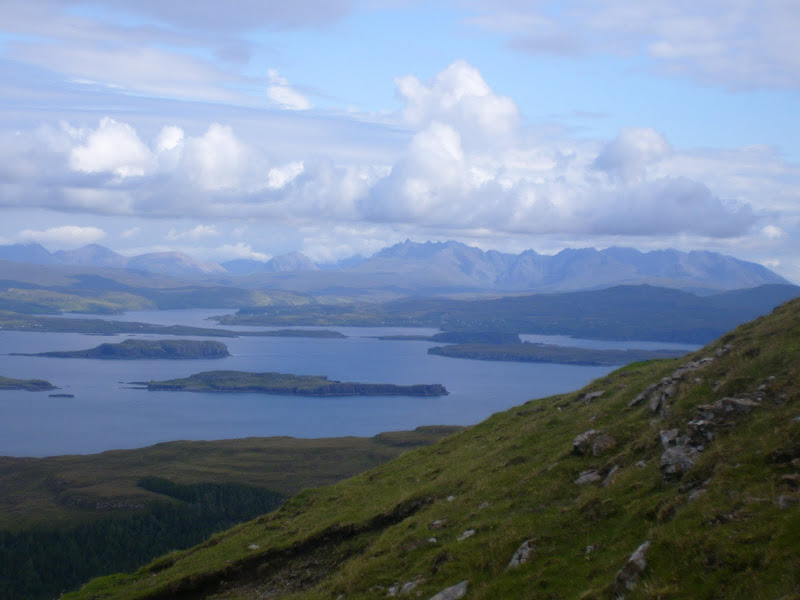 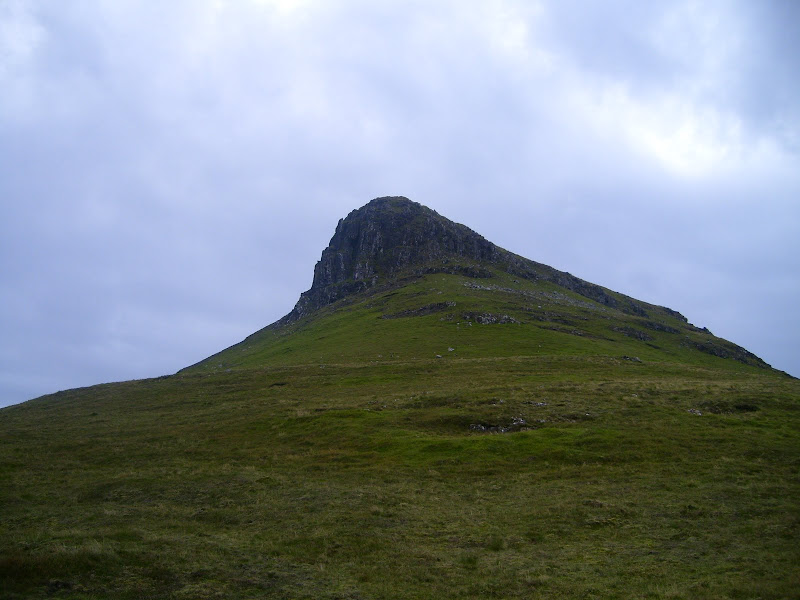 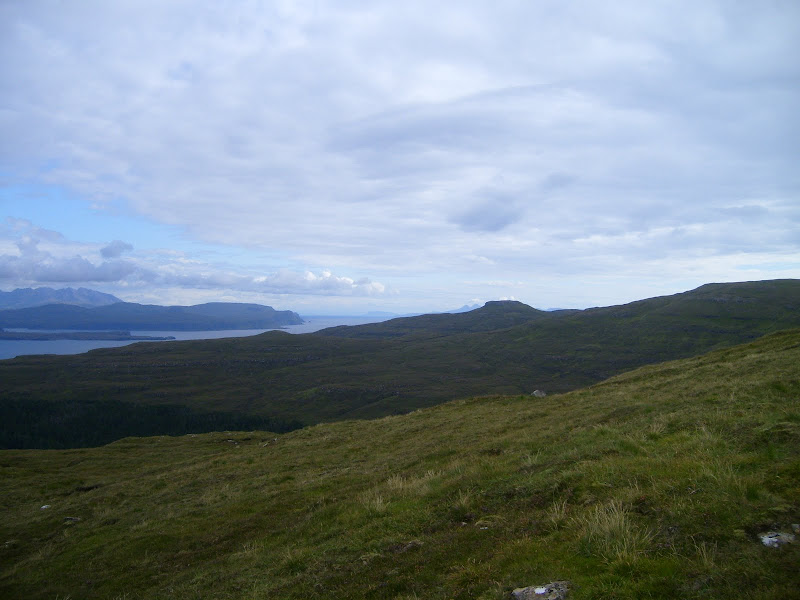 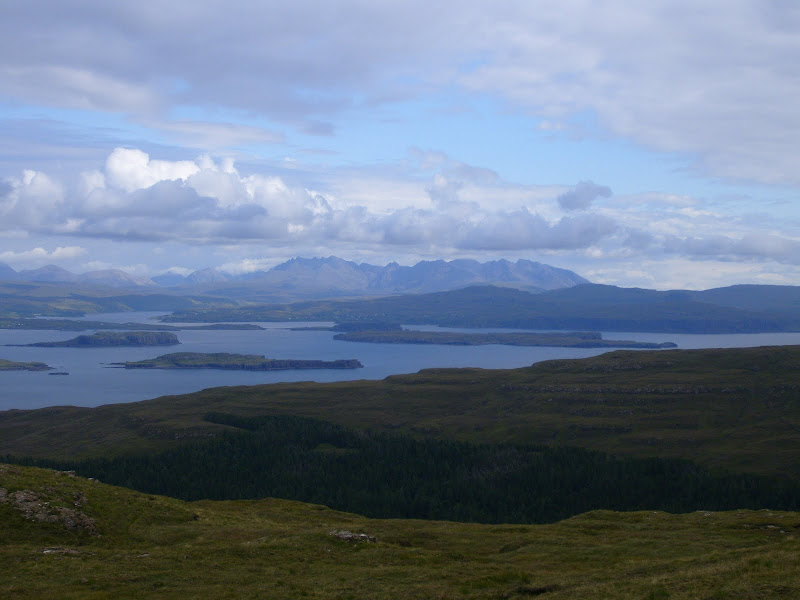 Looking back to Healabhal Bheag: 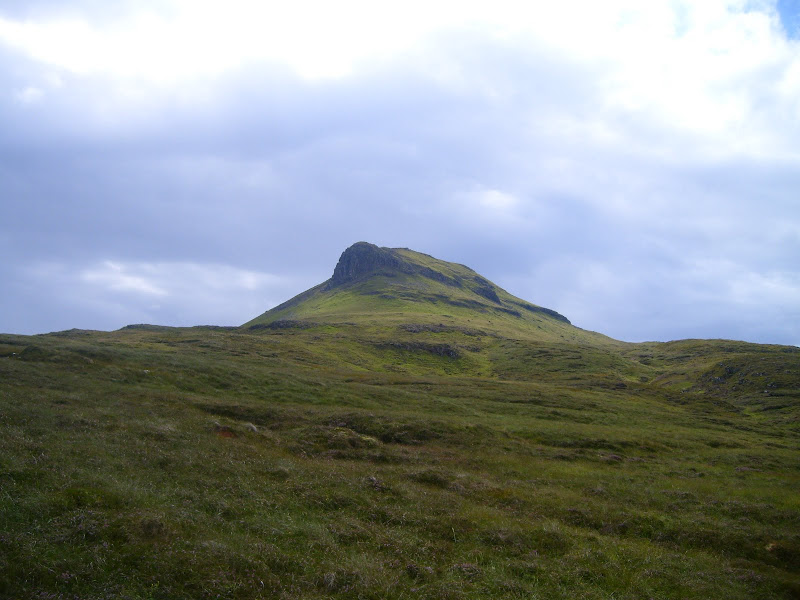 Definitely worthwhile for the views, and as mentioned before, adding a section of coast would make this even better. Even without this there is a reasonable amount of climb on this route. If time was short, I would pick Healabhal Bheag as the better hill.

Bumped for Kinley. You're not the only person with too much time on your hands today!

malky_c wrote:Bumped for Kinley. You're not the only person with too much time on your hands today!

Thanks for the review, the tragedy of it is we haven't been able to play on it ourselves yet! I really need to get our set down the club to get a game on..