That was the winter of my discontent, three weeks off work with pneumonia (physician heal thyself...

), and all traces of fitness erased from my finely honed physique...

; all put paid to any fun in the snow, but a few days off in April gave me the opportunity to see just how crumbly I'd become.
A month ago I still felt wiped out and reckoned some gentle low level walking was going to be the road to recovery, but as April loomed the old juices started to flow again and I decided on a cunning plan to do one Munro a day, but they had to be fairly straightforward as I'd no idea how rubbish I was going to feel. So, it was to be a few days of speed dating isolated one-off Munros, and I was to be based in Crianlarich I started with Ben Chonzie, a stop off on the way up from Yorkshire. The view from the parking spot, walk goes to the right of the houses (fab black labrador in residence). 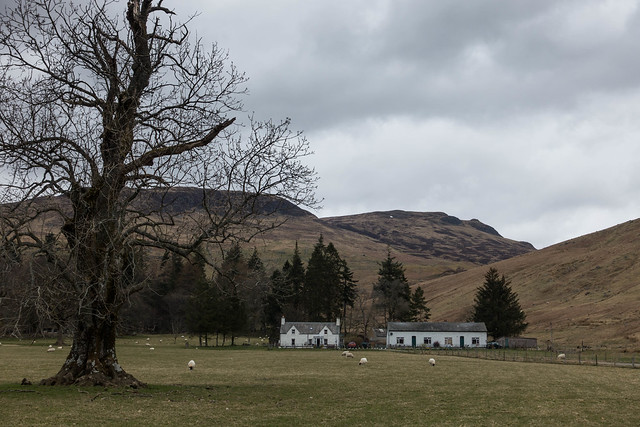 The drive up Glen Lednock (predictive text said "Redneck" for that!) was beautiful and the walk very straightforward, for the main part being on an enormous 4x4 track. 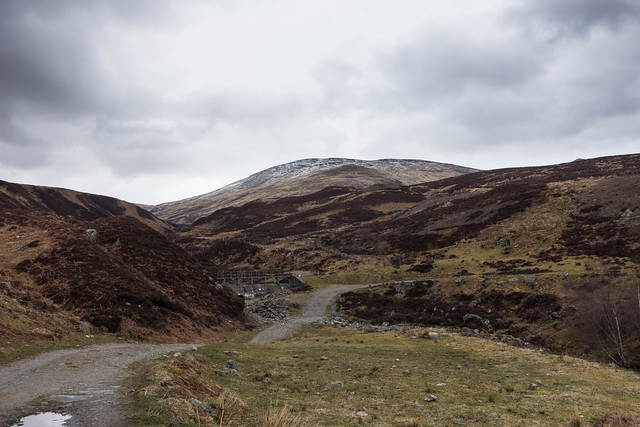 The best views were behind to Vorlich and Lawers group, and as they gradually became enveloped in cloud it gave me a marker as to when to expect the rain. 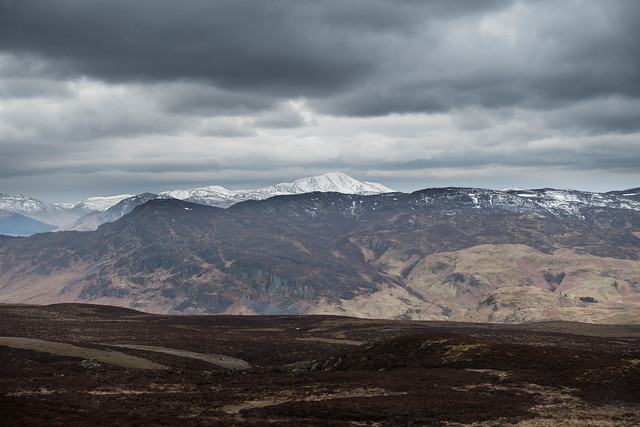 Eventually a cairn marks the turn off the track and the short hop up a muddy path until the fence posts are reached which take you to the summit via a sharp right turn. 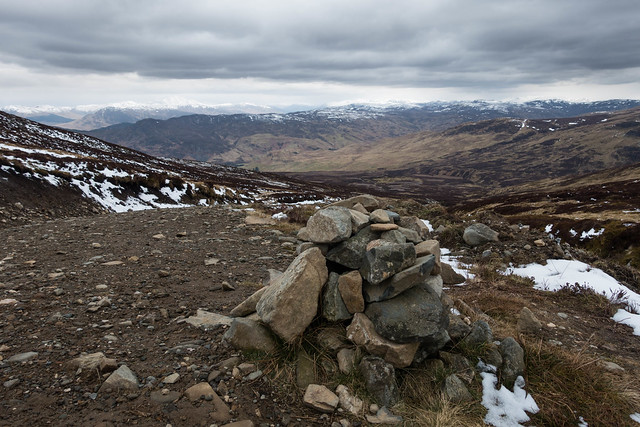 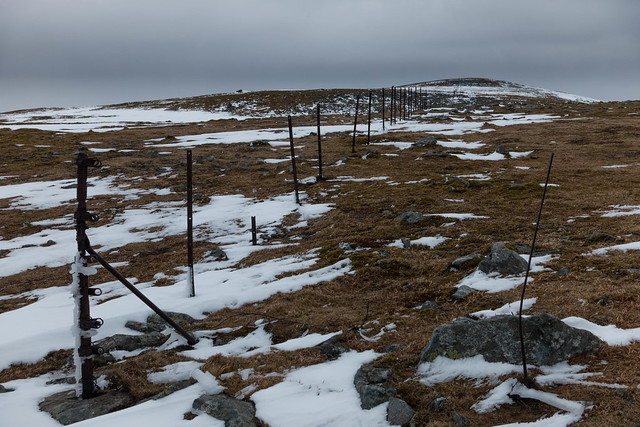 The day was essentially gloomy with highish cloud initially, but dry until the summit plateau was reached. The
summit itself was the least summity of those I'd been on

and I had no more than 30 seconds before all was enveloped in cloud, snow and then rain came in for the entirety of the descent. 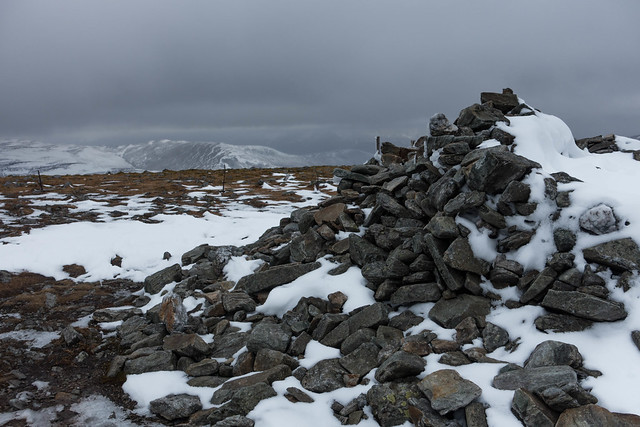 Saw two mountain hares, one back to grey, and one half and half. Quick little buggers as well.
Back to the car and off to accommodation at Ewich, and tea at the Real Food Cafe. I was pleased that I'd found it fine, and still had a couple of working lungs. Ben Chonzie may be very easy as Munros go, but it was ideal for me to calibrate my fitness, and some aerobic work in, but tomorrow would be a sterner test...
PS Stick with it, days 3 & 4 have much better photos!!

Ben chonzie gets bad press in many a book or website. I think is great hill to get your hill fitness back after a lay off or as an introduction to hill walking hill. I have had four different groups of students up Chonzie and I think it is perfect for novices.

I plan to climb Ben Chonzie tomorrow - which will be my fourth consecutive bagging day. The Scots have it easy - so many hills on their doorstep.

Oh... never underestimate the easy ones - you were obviously paying attention and got off the hills sensibly - when we did this years ago we were so busy talking as we wandered across the easy terrain we made a complete a**e of the route back, ending up wading across a river which we should never have had to cross