Second day of my road to pulmonary recovery.... the forecast for West Highlands was dire, so had cunningly pencilled in a drive back east to Perthshire as the weather was forecast to be better. And so it turned out, at least in terms of moisture reduction, but not necessarily in terms of wind or cloud.
Schiehallion was known to me vaguely as looming above the Etape Caledonia bike ride which I'd done a few years back, but more recently as a fine silhouette across Rannoch Moor when I'd done a high camp on the Black Mount last August. 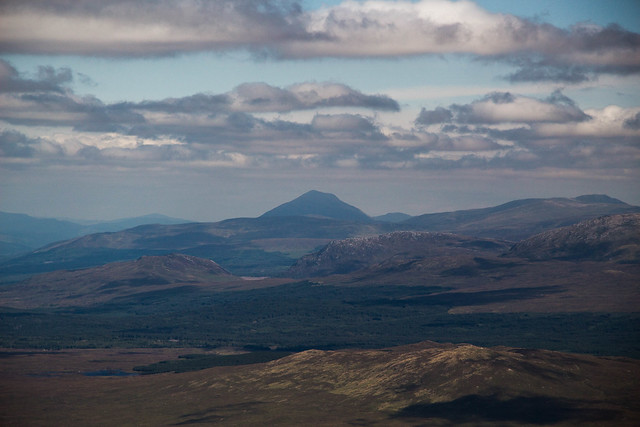 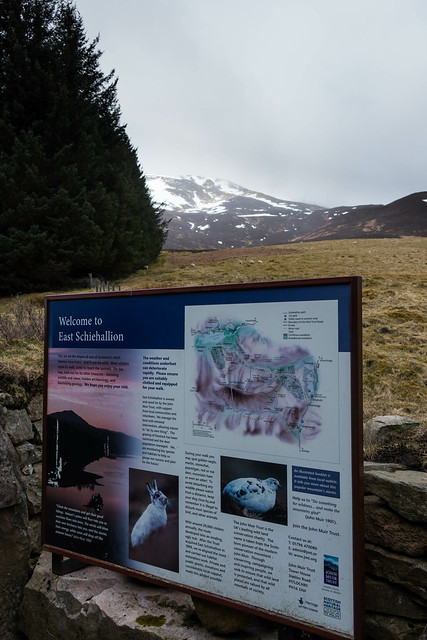 Another straightforward ascent, certainly for the initial part, along the re-vamped path laid by the John Muir Trust, you really can't miss it, at least for the first two-thirds until the lumpy rocky stuff is reached. 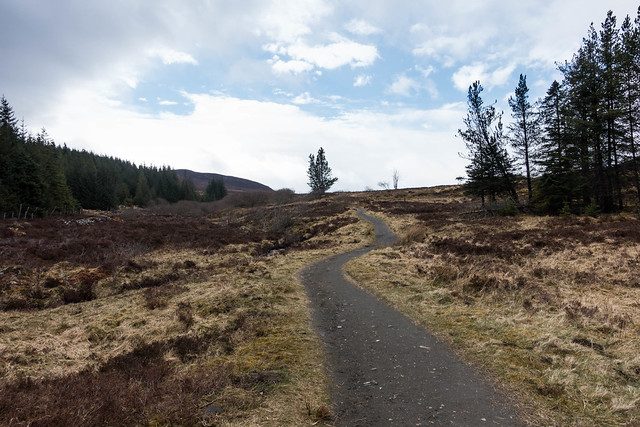 Looking back down the east ridge: 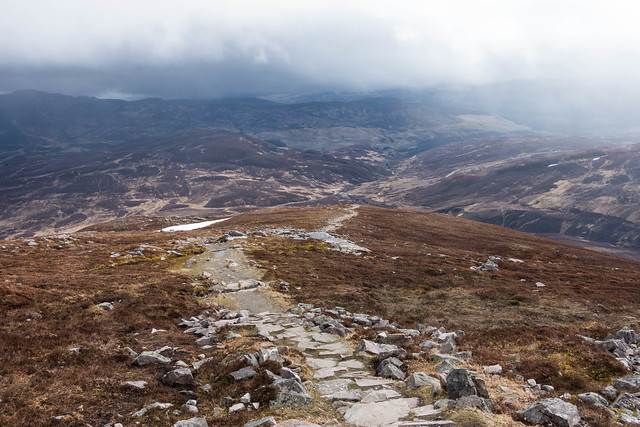 It was a straightforward climb, a bit tougher on the legs for me than the previous day's stroll up Ben Chonzie. Eventually the path climbs to a prominent stone shelter, and then is revealed the climb up the summit ridge, in this case largely hidden in the cloud, stubborn in it's persistence. 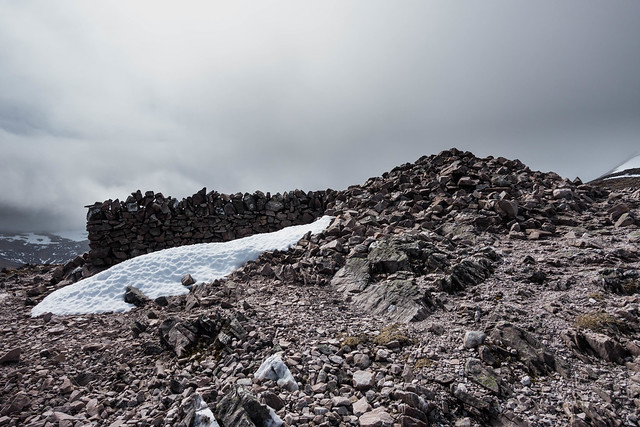 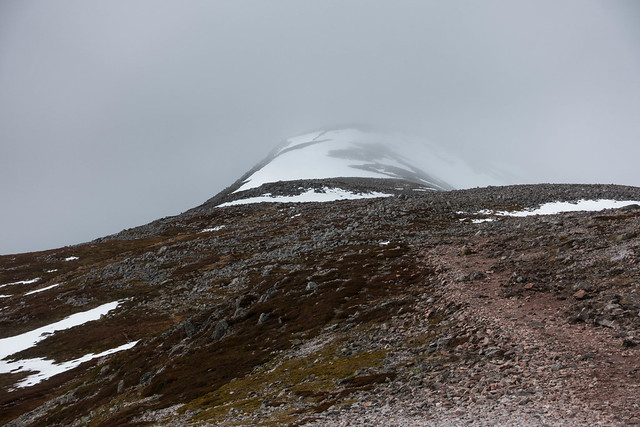 Cloud base remained around 700-800 metres all of the way. I was reassured to find that my natural ability to lose a path in mixed ground had not been dulled by lack of activity, and given the rocky ground and snow patches it just became a case of find your best line. The snow was thick in places but getting soft and melty, with me falling through up to mid-thigh occasionally. Usual elegant stuff, you can't buy class.
At the rocky, airy summit there was a brief break in the cloud above, enough blue sky to make a cat a pair of trousers as my old nan used to say (yes I know, bizarre comparison but she was very Welsh, bless her...), but no break below to get any views of note. 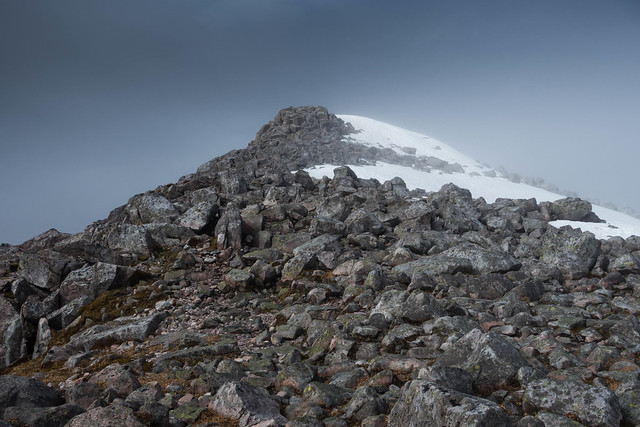 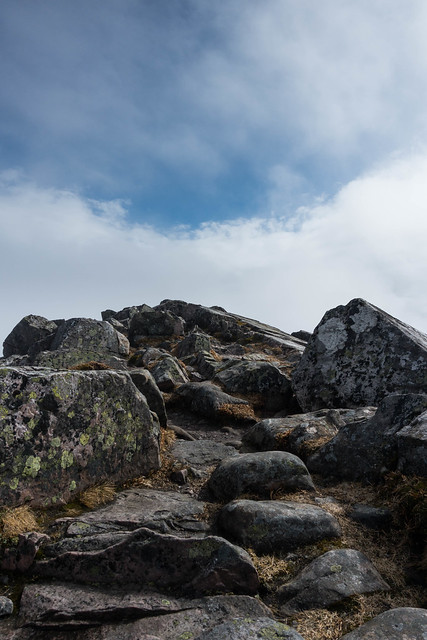 All in all another good day out, a steady walk downhill to the car park (£2) - at the bottom left corner of the forest: 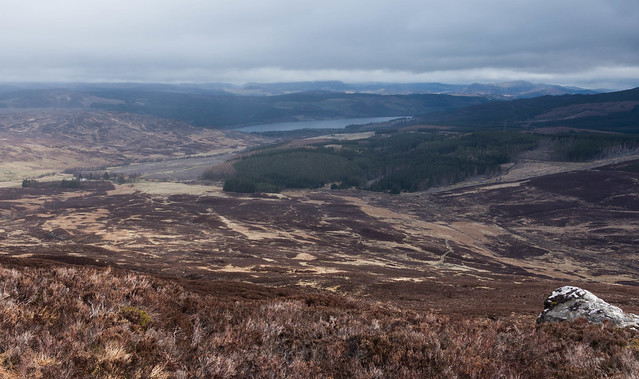 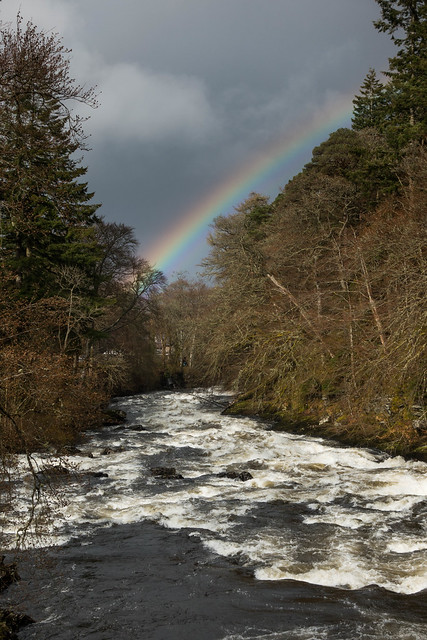