Meall Chuaich, a walk in the park

Meall Chuaich, a walk in the park


This was originally planned for yesterday, but a last min change of plan saw me do 2 Munros and a Corbett on the West side of the A9 instead.

Had planned to then go up to Mayar and Driesh with my brother Phil, but its a long way away,,he was planning a later start than I would have liked for such a distance (his social life keeping him up late last night lol)

I had also been marking off my Munros and realised that Meall Chuaich was now the only Drumochter Munro I had left, so I brought my map etc of this area to and Phil happily agreed, (shorter journey and simple enough walk)

So, here I was,,second day running, driving up the A9 (Phil was feeling a bit delicate). Pulled in to layby 94 at 11:20am, booted up and off by half past. 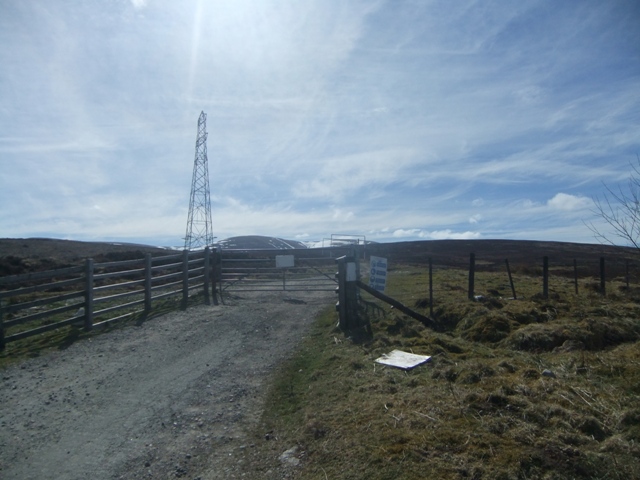 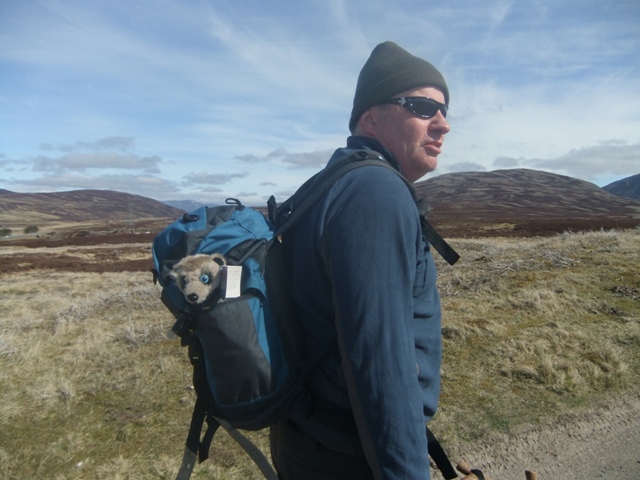 The ever cool Phil

Nice simply saunter up the track by the concrete culvert, part of the hydro scheme and fed by Loch Chuaich. 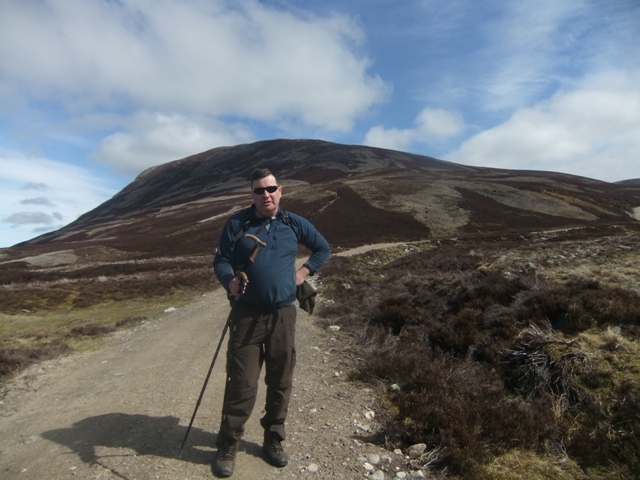 So warm even the hat came off

Reached the small power station, on up past the pipeline and headed right just before the loch and the associated hydro works. Turning on a bend, the "private both" appears. What is that place all about? It has large, non curtained windows, a small wood burner, 2 trestle tables and LOTS of fold up chairs with garishly coloured unions flags on them!!! Posh blokes shelter during the shooting season? Must have outside caterers too lol. Meall Chuaich from the power station So warm even the hat came off

Stopped at the bridge to change from trainers into boots, spotted a couple of bikes and helmets off the track a bit. Boots on, poles out and headed off up through the heather. 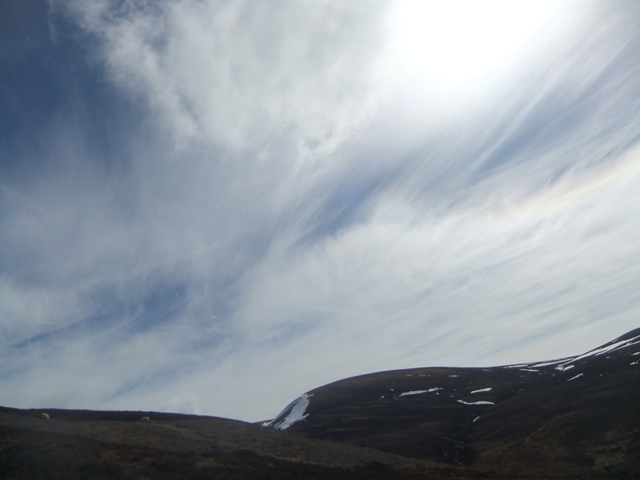 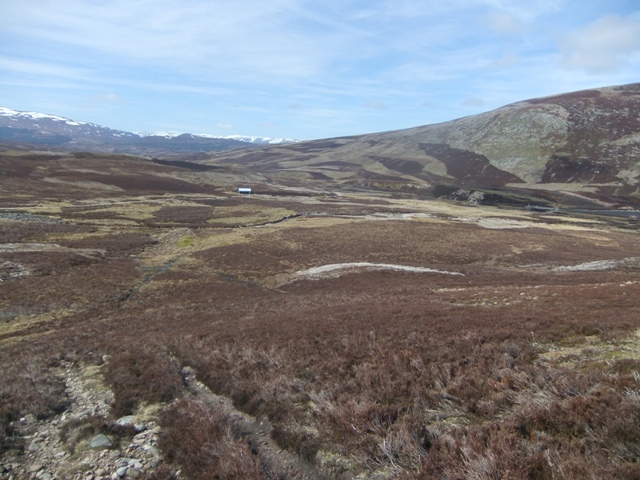 Lots of boggy stuff at this point and the paths were taking ever wider routes round to avoid the bad stuff. We he met a couple on their way down, by this time it was about 12:45. Brief chat, they were the ones with the bikes. Carried on up, again, some mucky sections but a great easy path up. On the steeper section, we met with 2 Edinburgh chaps on their way down, Phil commenting on their matching orange Rab jackets, they themselves found it funny as it had already been the subject of their own joke.

Helpfully, one of them commented that this bit, and the next bit, were the worst bits!

, just what we needed to hear. 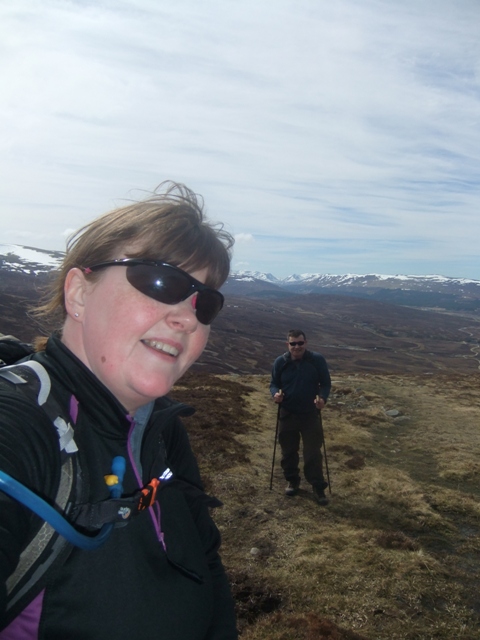 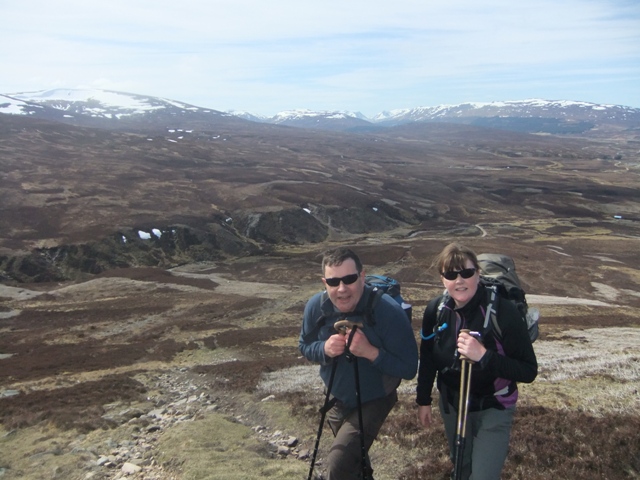 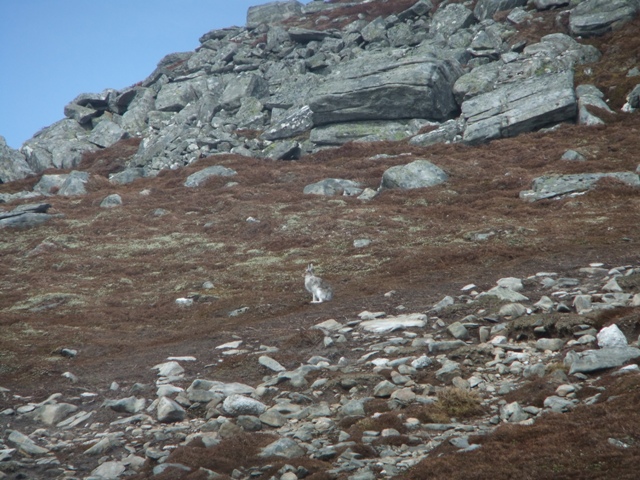 Stac Meall Chuaich is bypassed on your left and the path makes its way up to the right over rockier ground. Dug in and soldiered up. The tops up there somewhere 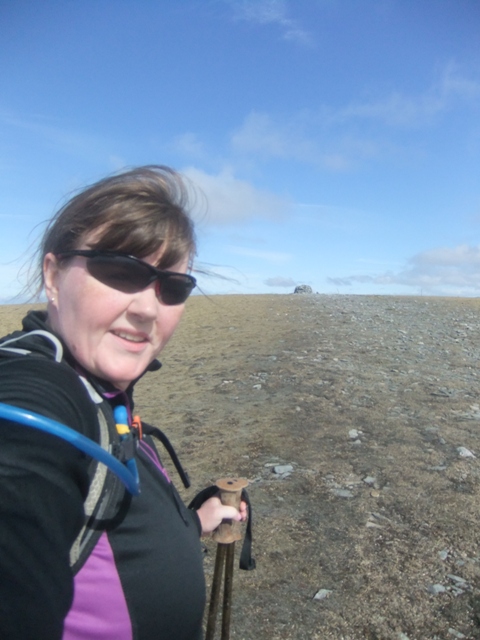 For a small unassuming hill, it had an impressive cairn, about 8ft across, all round and 4ft high. Plenty wee flat rocks to sit on waiting for Phil and admiring the 360 degree views.

Such a lovely day,,we sat for about half an hour, chewing the fat and my tuna pasta too lol 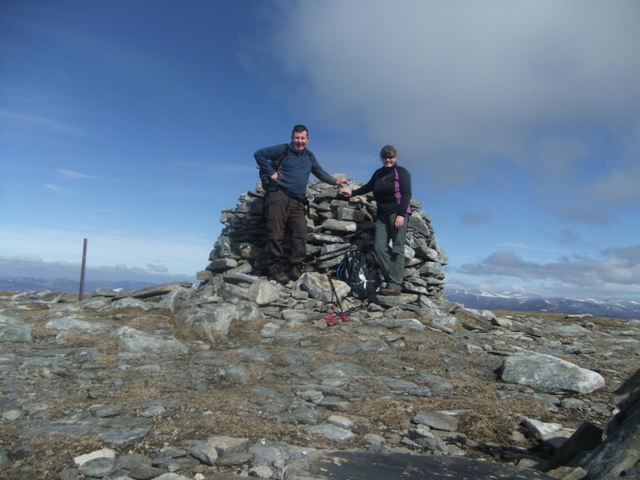 Twa Cairneys at the Cairn 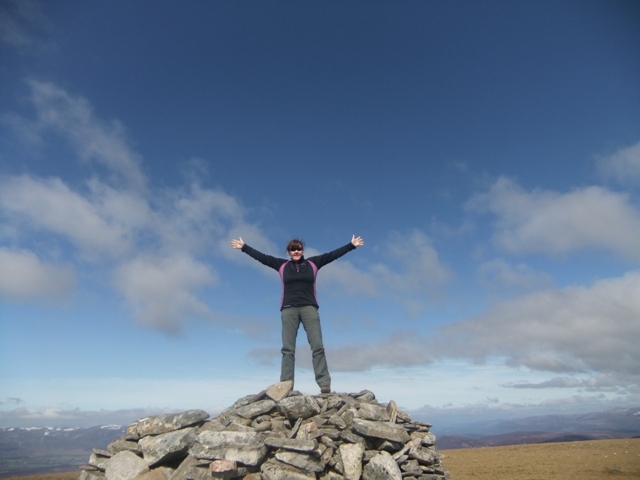 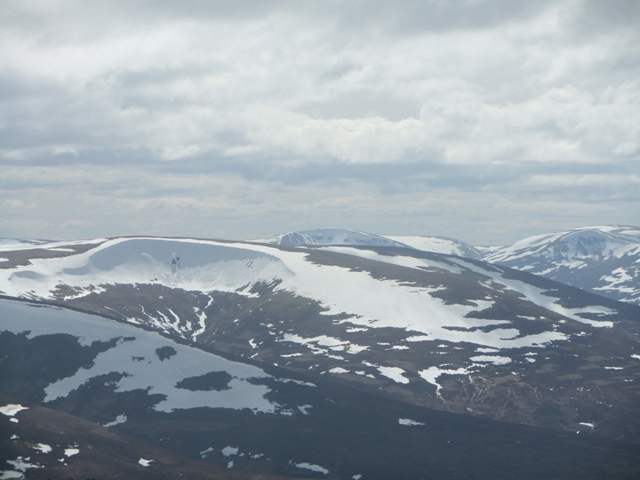 Over to Ben Alder

Headed off about 3pm, realised pretty quickly, we had come down a bit further South than the track up,,but we were able to skirt round the hillside and pick up the path around Stac Meall Chuiach. More hares skipping around the rocks here too. 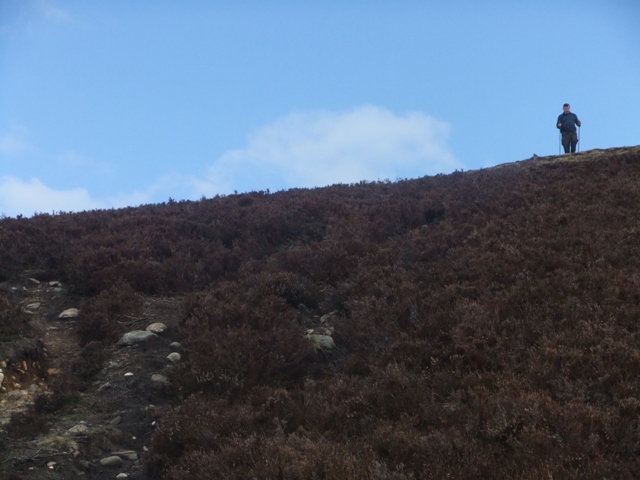 Phil following up the rear,,makes a change from it being me.

Nice and quick down to the track, trainers back on and set for the wander back to the car for just after 5pm

Nice simple one and a great hill for someone starting out on the Munros.

(John texted on the way down, saying we should now do the Graham on the other side of Loch Chuiach, as we got lower down near the loch, this actually looked like a great wee hill, big ridge up from the other end of the loch, if I'd known about it an hour or two before, may just have nipped round there) Amazing clouds on the way out,

Re: Meall Chuaich, a walk in the park