Last of my four days plodding up single Munros. Not that handy from Crianlarich but as I was due to pick up The Boss from Stirling station after 5pm the trip round seemed to make more sense. The traffic was heavy though, and after a 50+ mile drive I didn't start on the hill until 10:45. The road up the loch to Rowardennan was an entertaining roller coaster of a drive, and the good weather promised another satisfying day out...

The plan was straight up the tourist path, and see which way down depending on how I felt at the summit. This was the longest ascent for me of the week, starting almost at sea level, but I plodded to the summit in just over a couple of hours in glorious sunshine and air-conditioning breeze.
Summit peeking out from low down on the path before disappearing for a while: 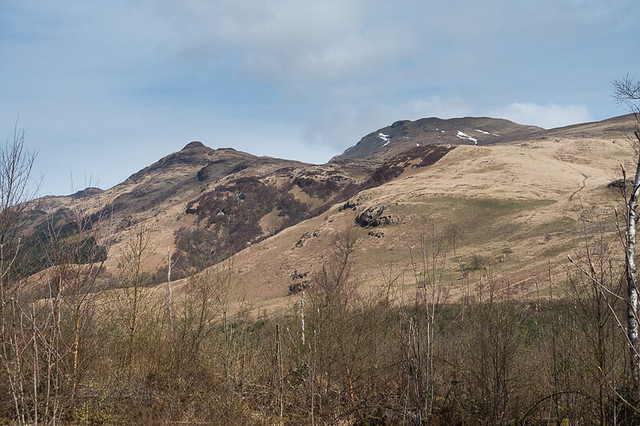 The middle part of the climb lacked much in the way of interest ahead.... 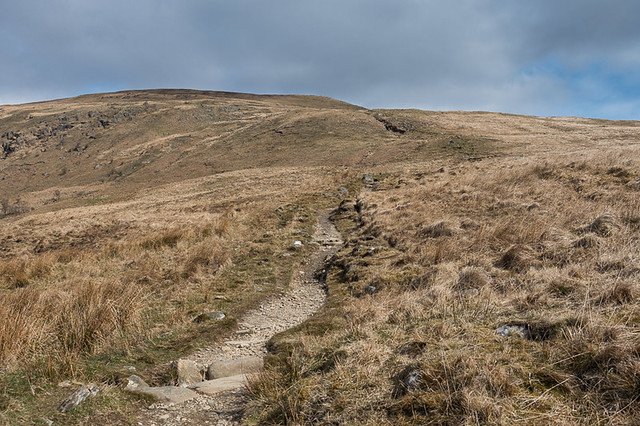 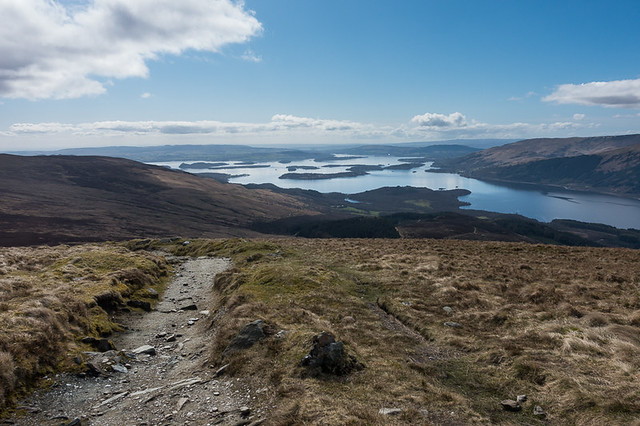 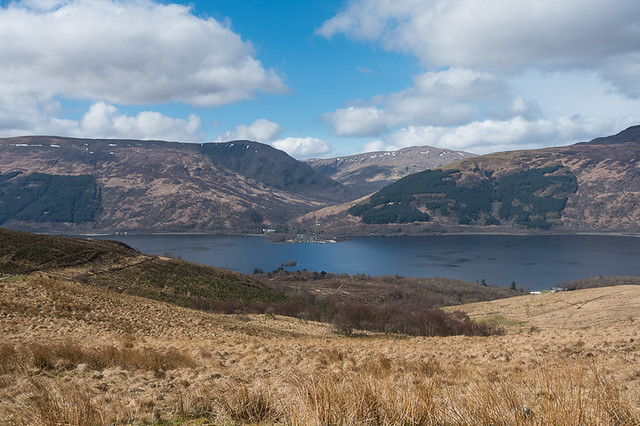 The summit came into view eventually, a little steeper up the zigzags to gain the ridge, but all very civilised.... 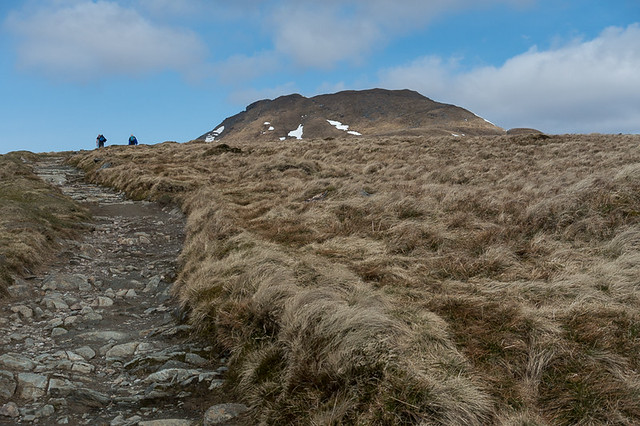 The summit was fairly busy, not surprising given the weather, and the views superb. Arrochar alps: 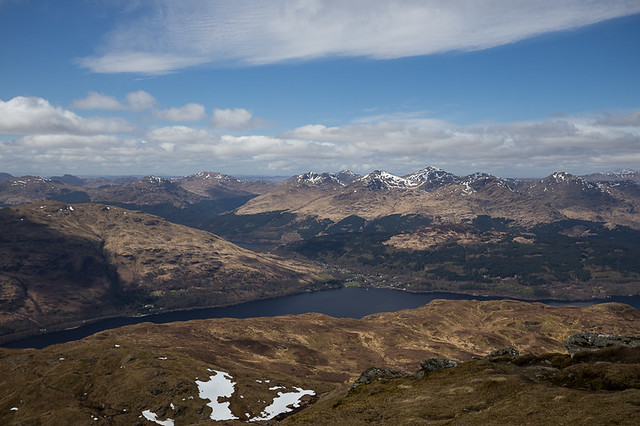 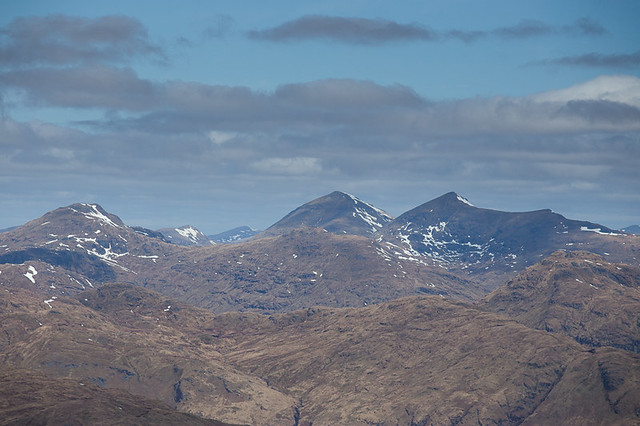 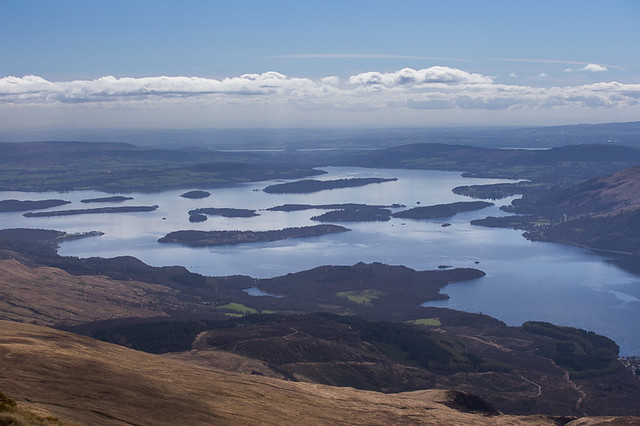 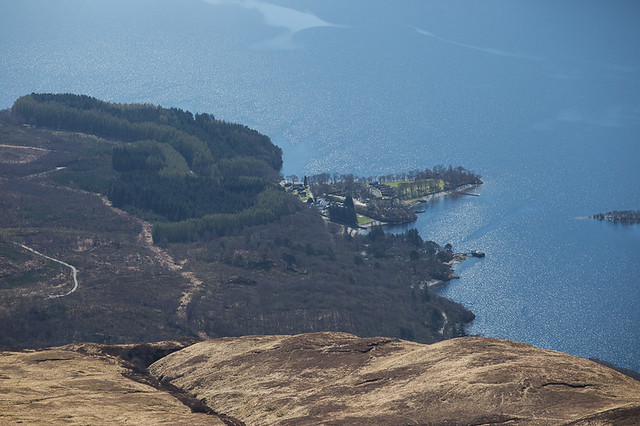 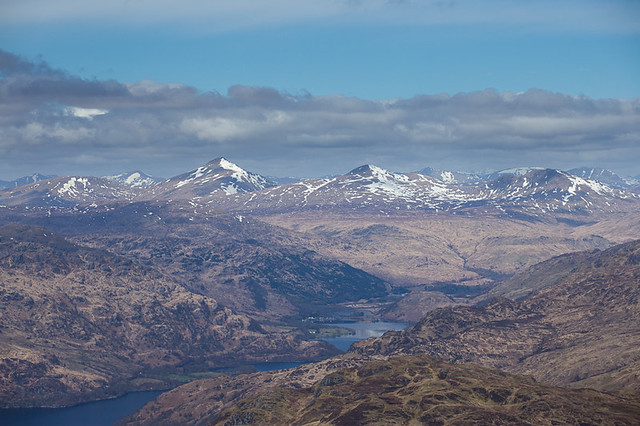 I made the decision to descend down Ptarmigan ridge, a steep descent off the summit, and I began to regret leaving the walking poles in the car (still not keen on using them but know I probably should). The path is well made and stepping stones over the mud are most welcome. Hard to get this wrong even in poor visibility.
Looking back to Ben Lomond summit from the bealach: 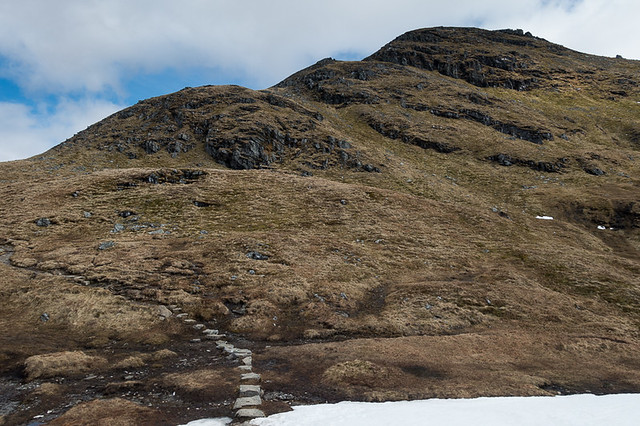 Walking along the undulating Ptarmigan ridge reminded me a little of Lakeland, quite typical with the small lochans and hillocks: 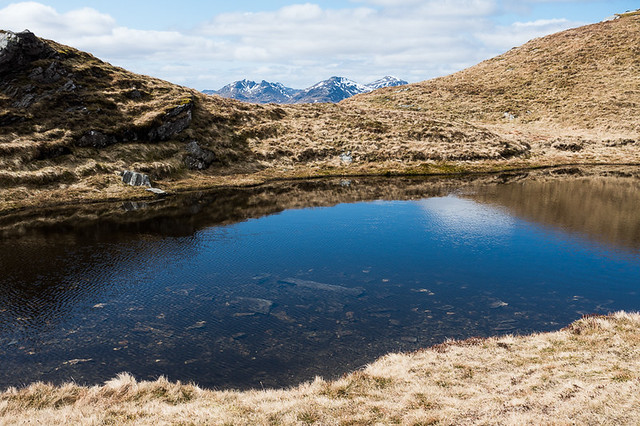 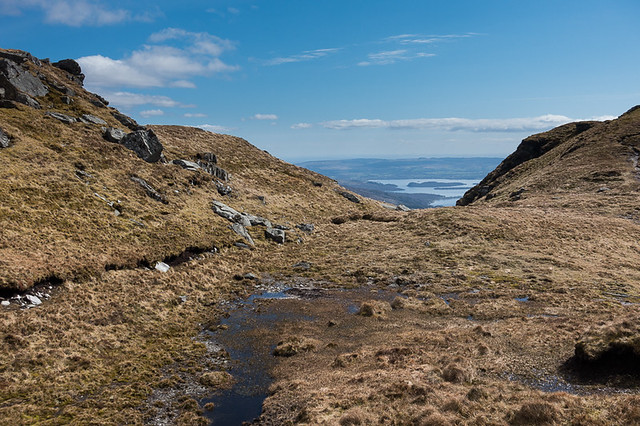 After the lull in intensity along the ridge, the path then returned to irritating steepness and much strain on my whingeing right knee (where are those bloody poles?!). The views always provided compensation though: 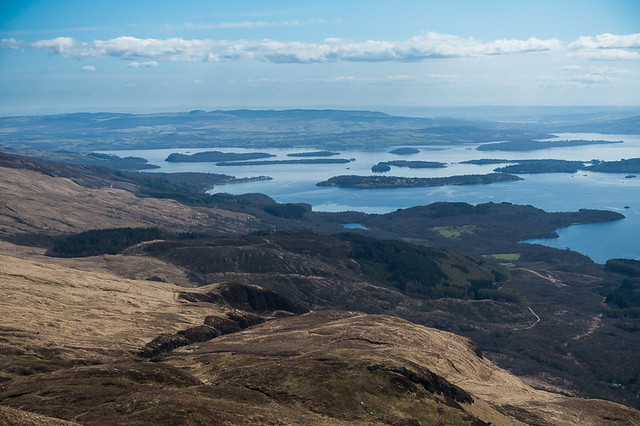 Back at the car for 4pm, and at Stirling in perfect time to collect The Boss. I'd had four great days of recuperation this week; the healing powers of Scotland..