After spending the night in Alnwick I had the full day to complete the three remaining Cheviot hills before driving back to Appleby later in the day.

It had been a good forecast but it was obvious that the weather was going to be a bit more mixed (bright but with passing snow showers) as I set off from the good car park at Barrow Burn - obviously a place popular with the locals.

The initial climb up Barrow Law is over quickly and from there I lost a bit of height before heading over the foothills of Ward Law and Little Ward Law and then up onto Windy Gyle itself and the Border Ridge.

The walking had all been very pleasant so far on grassy hills and on the top of Windy Gyle I actually saw a few people (the only people I would see on any of the Cheviot summits over the two days). 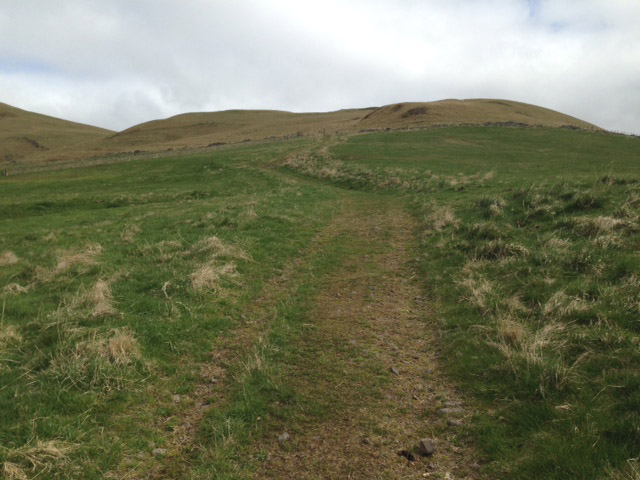 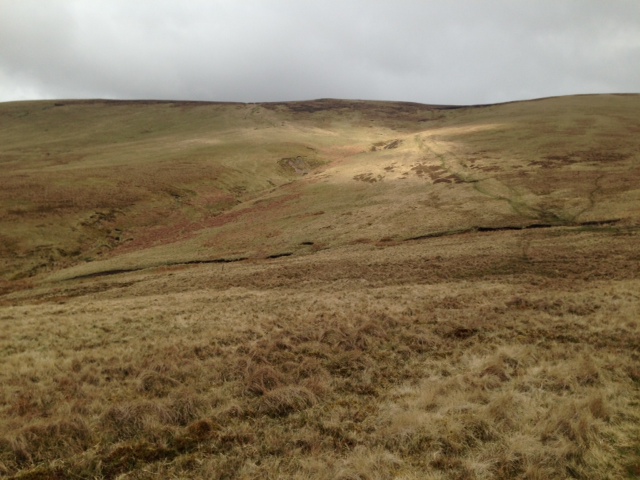 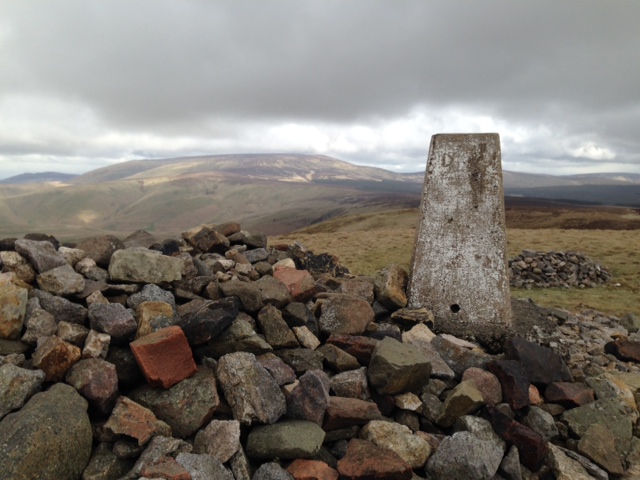 Windy Gyle Trig Point with The Cheviot in view 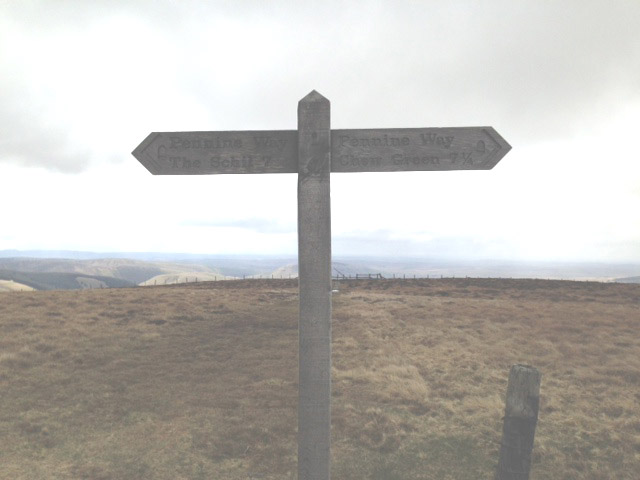 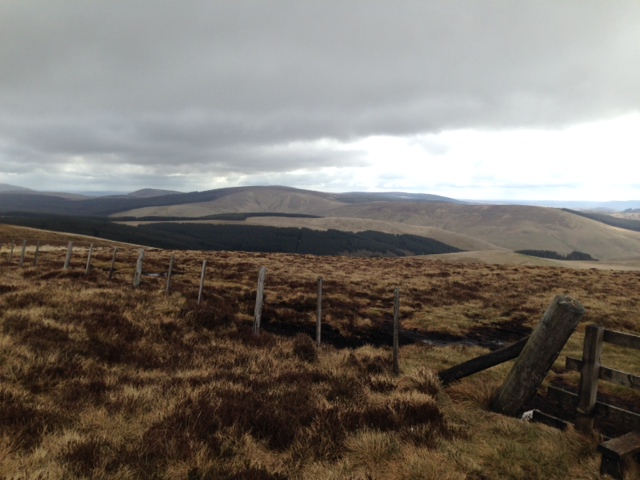 I then followed the bridleway down over Little Ward Law before opting to take the path marked on OS Maps through the wood near Hepden Burn.

This proved to be a mistake as recent felling has left this area in a mess and progress was difficult up and over (and through) many fallen trees.

Eventually I reached the Hepden Burn and was able to follow this out of the wood and back onto the Bridleway leading to Uswayford.

From here it was a steady but easy climb up to meet the fence connecting Yarnspath Law and Bloodybush Edge and then along the fence itself (with a decent if wet path to follow beside it) right to the Trig on Bloodybush Edge. Don't follow the right of way into the wood near Hepden Burn! 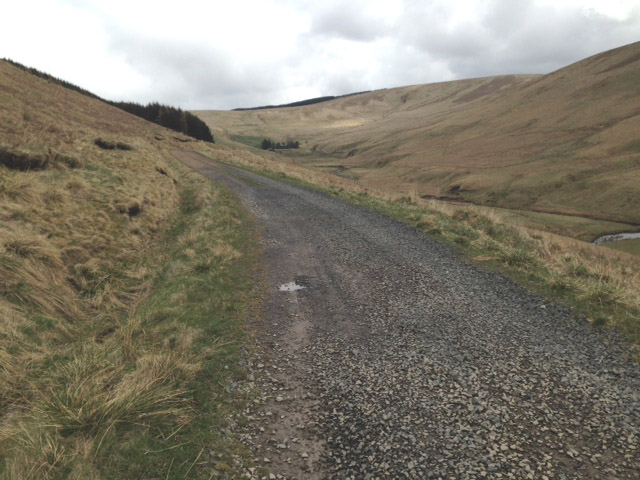 Back on the good track to Uswayford 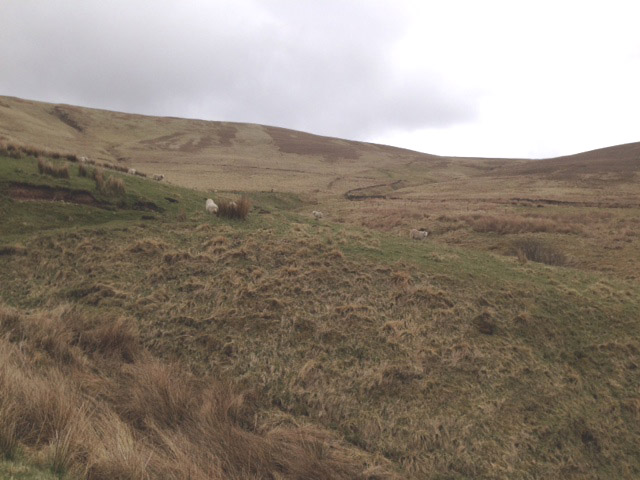 A passing snow shower as I look back at Yarnspath Law The next part of the route involved a fairly long out and back to reach Cushat Law. I knew this was going to be a wet and boggy part of the walk but navigation would be easy with a fence all the way and a pretty good peaty path throughout.

As it turned out progress was fairly easy and while it was seriously wet in places I found it much easier than the section linking Hedgehope Hill and Comb Fell the day before and soon enough I'd reached the high point on Cushat Law and the nearby shelter. From here the rest of the walk was basically a retracing of my steps - back over Bloodybush Edge, down to Uswayford and back over Barrow Law until I reached Barrow Burn. 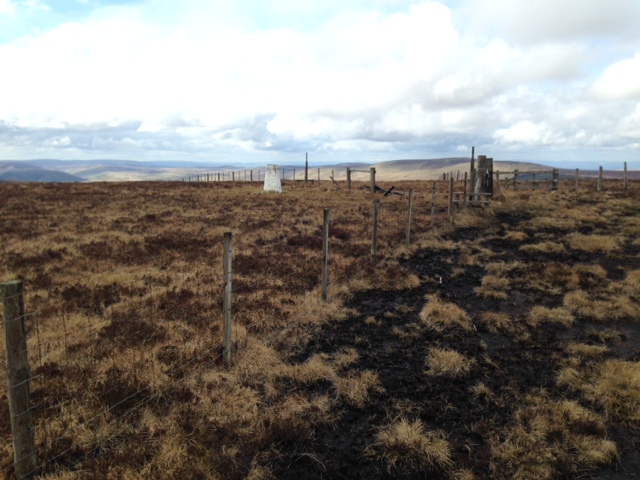 Nearly back at Bloodybush Edge 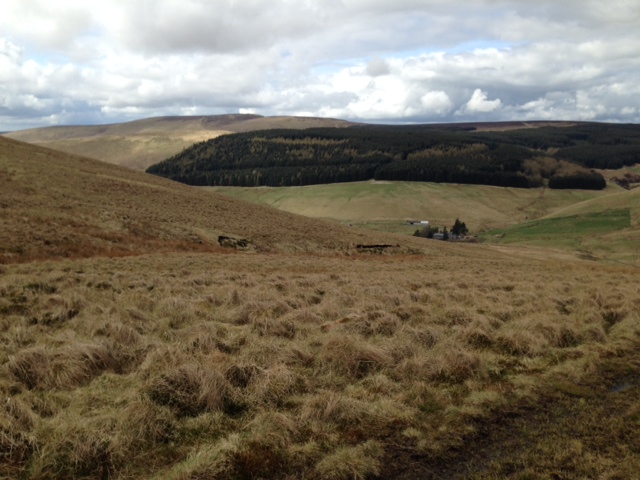 A good long walk this one with only one (two with the retrace) boggy section between Bloodybush Edge and Cushat Law which itself isn't too bad after a dry spell.

The walk to Windy Gyle particularly is pleasant and it makes an interesting and worthwhile objective.