This was the second day of a 2 day expedition to bag some South Wales Hewitts. After having breakfast and checking out of the B&B I drove to a place just north of Llanbedr near Crickhowell. Fortunately I found a parking spot in just the right place, at the start of a footpath signposted 'Table Mountain'. 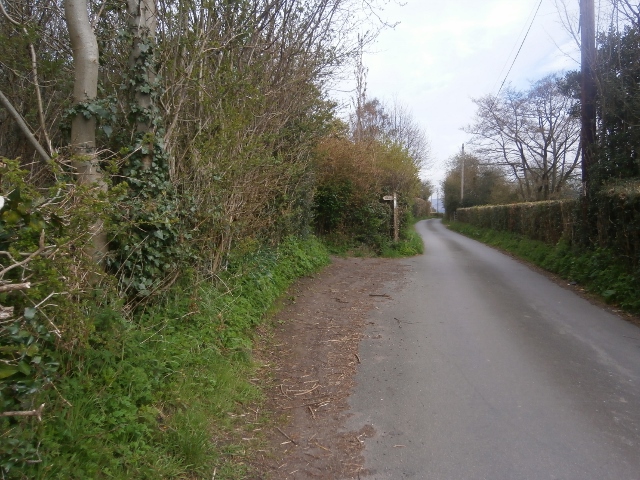 The path leads up past some houses and over a stile into open country, turning right at the stile and then bending round to the left, along a section of the Beacons Way.Then a right tun up a grassy path gives a straightforward ascent up to Pen Cerrig-calch, and then along the ridge to Pen Allt-mawr. 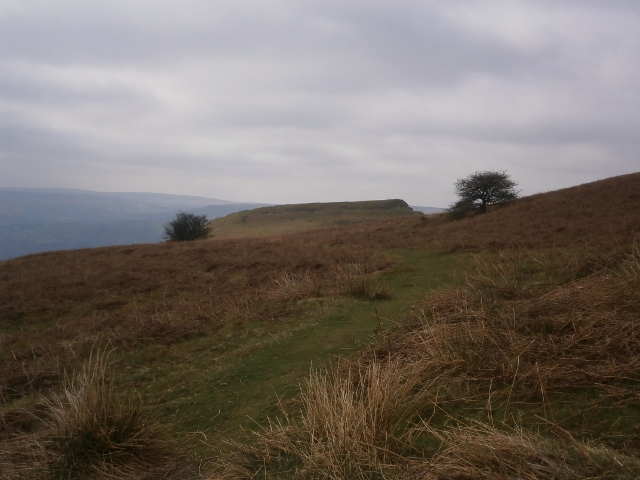 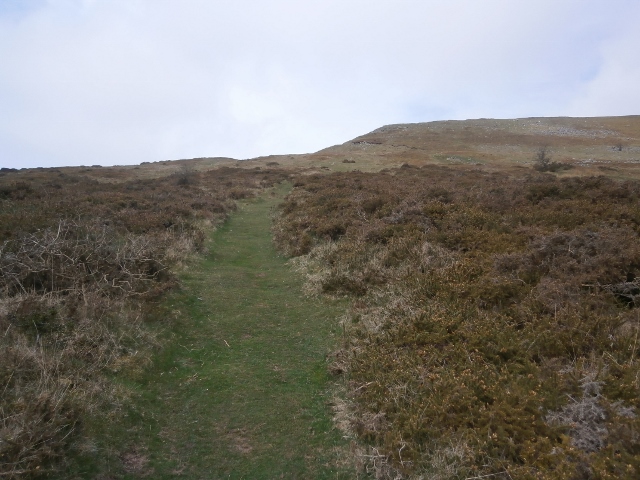 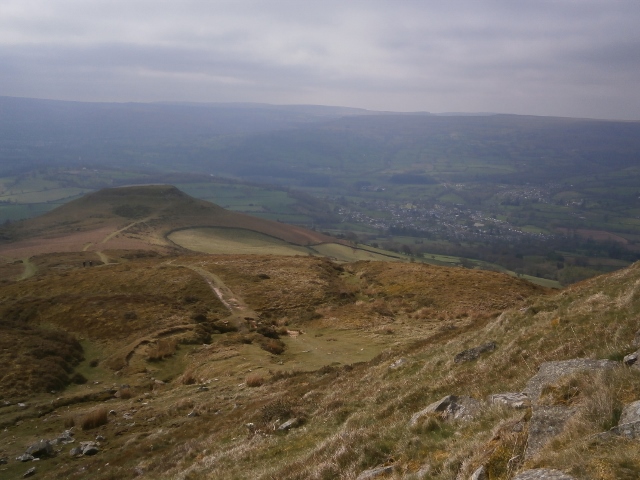 Looking back towards Crickhowell 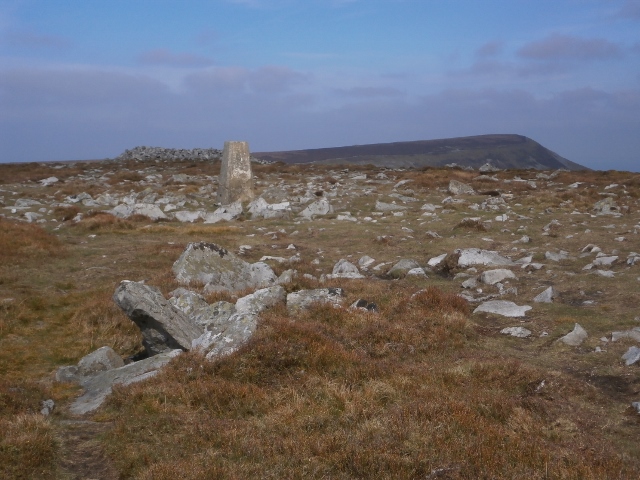 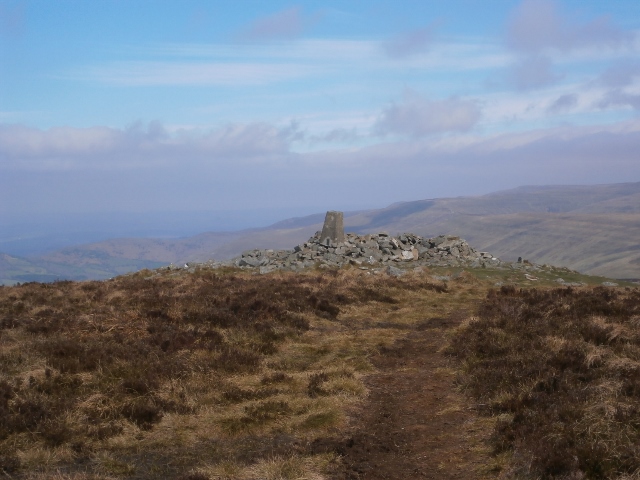 After descending from Pen Alt mawr, the next two tops along the ridge are Pen Twyn Glas and Mynydd Lysiau. 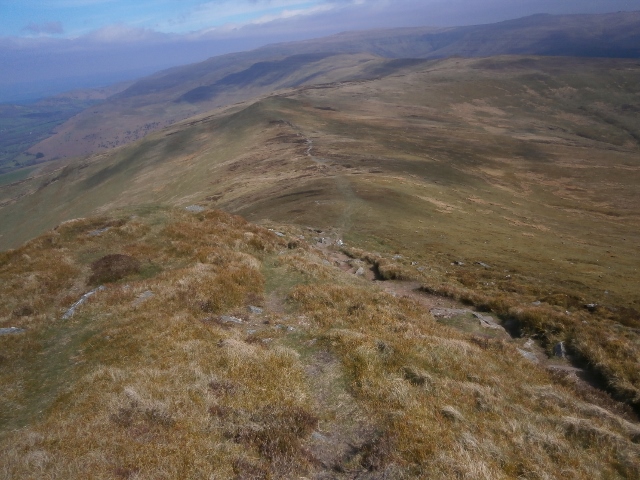 Pen Trumau looks like a pointy hill but is actually just the end of a ridge. 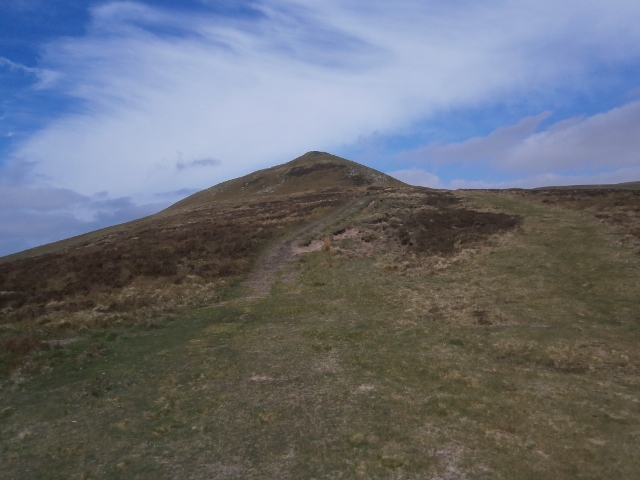 From a distance it looked like there might still be snow near the top of Waun Fach, but on closer inspection the white stuff turned out to be bags of stones which have been brought up for the construction of a new path. 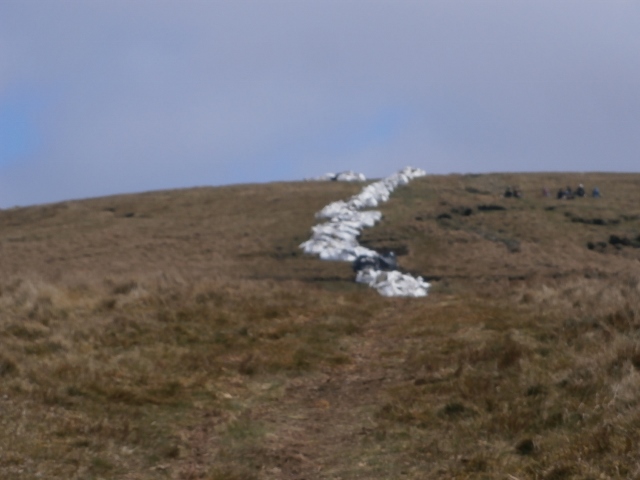 Waun Fach summit, the highest point in the Black Mountains, was something of an anti-climax. Apparently there used to be a trig point here, but it got swallowed up by the bog.Fortunately, my visit was in the middle of a dry spell, so the ground was quite firm as I wandered around the flat summit area trying to guess where the highest point was. 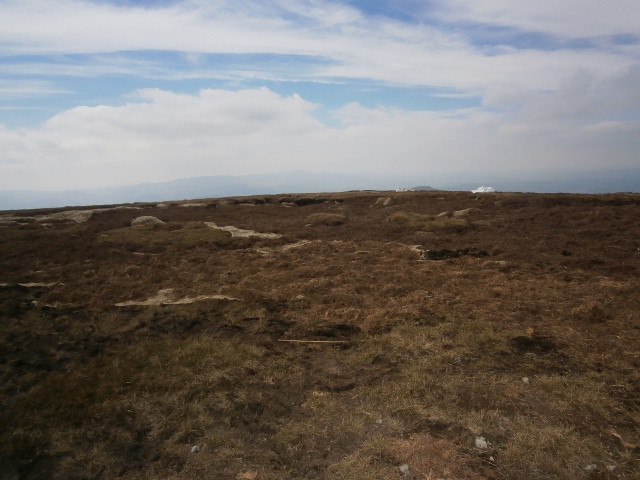 The next top, Pen y Gadair Fawr, ("the hill of the big chair") , is a shapelier mountain and a better viewpoint 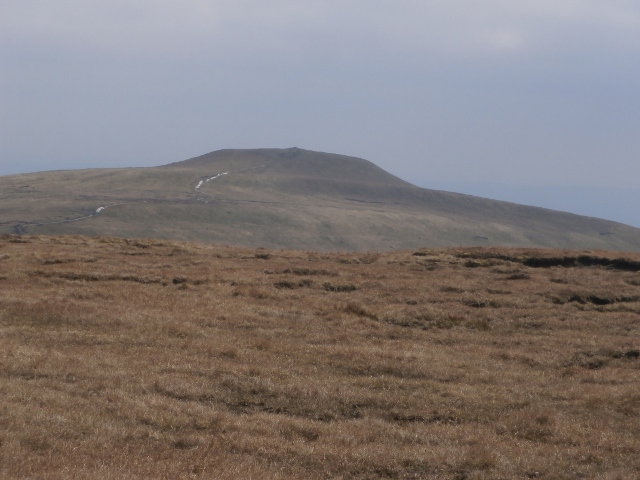 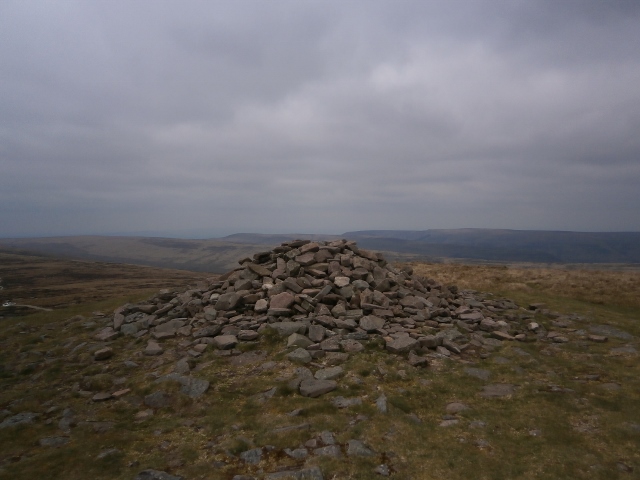 I then continued along the ridge,over the Nuttall summit of Pen Twyn Glas, until I reached a cairn which indicates the start of a descent path. 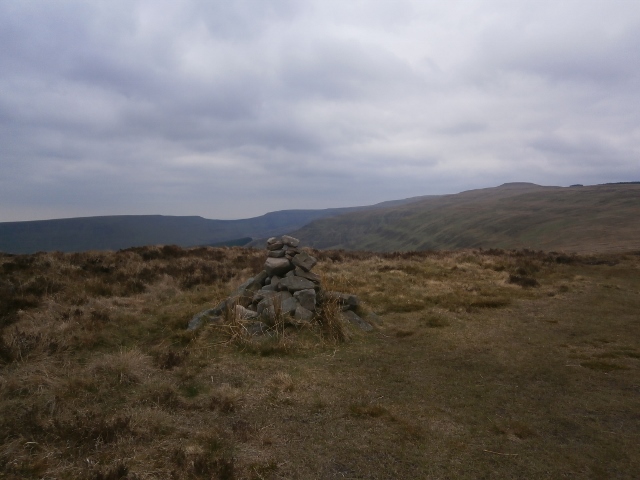 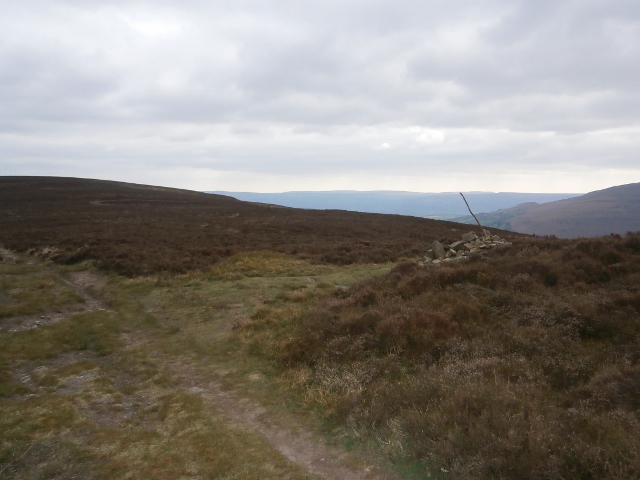 The path is narrow but well made and makes a pleasant descent into the valley. At the bottom of the path a long and winding forest road eventually leads to Tir Y Nant, from which it was about a mile along country lanes to get back to the car. 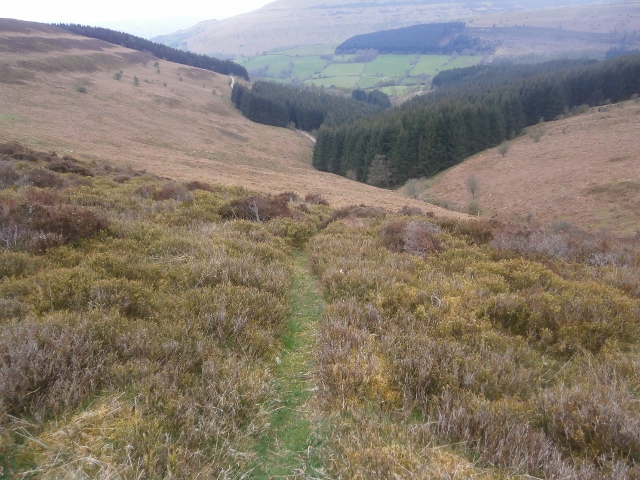 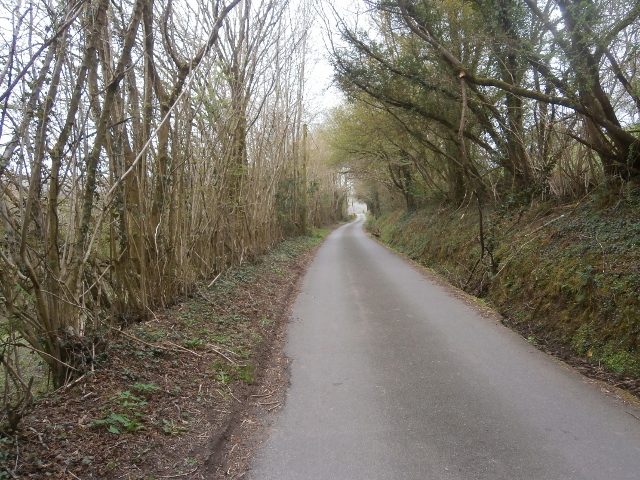