Decided it was time to go for the two closest Munros to myself, Mayar and Driesh. I go up to Glendoll loads (it's one of the dogs favourite places!) yet have never gone and bagged the two munros there! The forecast looked good, apart from the windspeed forecasting gusts of nearly 40mph. Not ideal, but we decided to go for it anyway as we could be waiting for ever for totally ideal conditions!

The first part of the route we'd already done before. Rather than stay on the main track, we crossed the bridge to follow the path on the other side of the river instead. I prefer walking on that side and the dogs seem to enjoy it more too... 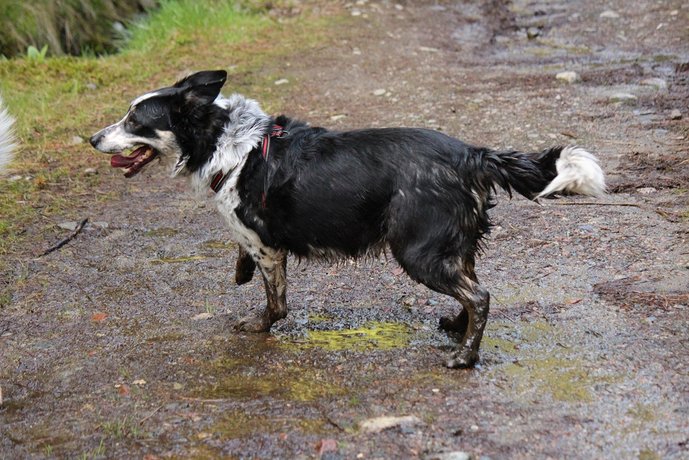 We soon reached Corrie Fee and continued following the path to the waterfall then up alongside the waterfall, all this part I'd done before so I didn't really hang around much. It was getting too hot and though I knew it was supposed to be windy, took off my jacket that I put back on again when we reached the summit of Mayar where it was really windy so we didn't hang around there long! Before we reached the summit though we spotted a couple of mountain hare, seeing a lot more of these this year! 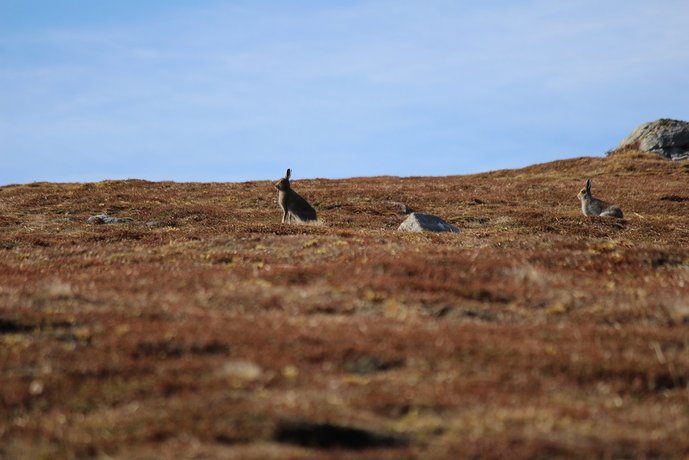 We continued on towards Driesh, the paths were easy enough to see as they were well-trodden. The dogs were off lead on the downhill bit, easier for us all, though I was green when a hare hopped almost within licking distance of Millie! Took off when it spotted me though. And they say dogs disturb wildlife? LOL!

Bit further along we came across some golden plover, only ever seen these before on Orkney! 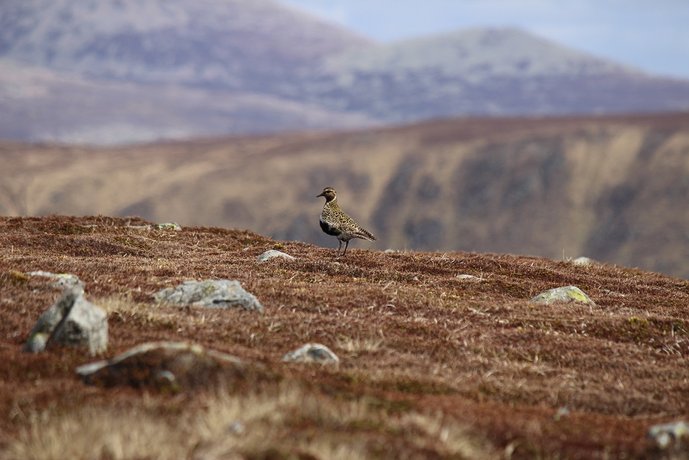 Please stick to the paths up here as I'm pretty sure one pair were nesting just off the path!

Heading up towards Driesh I almost stood on this guy: 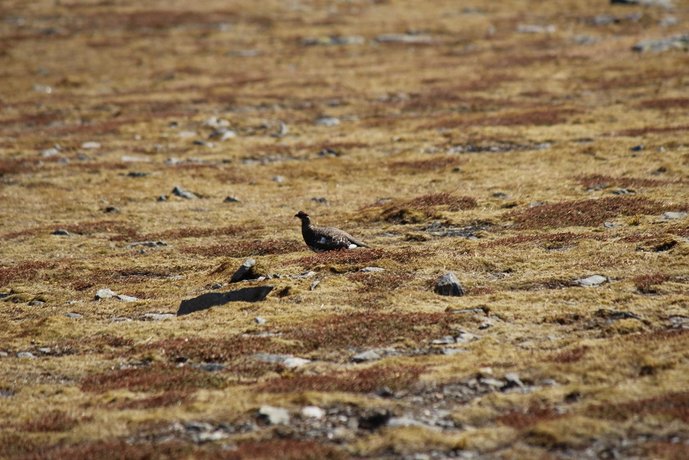 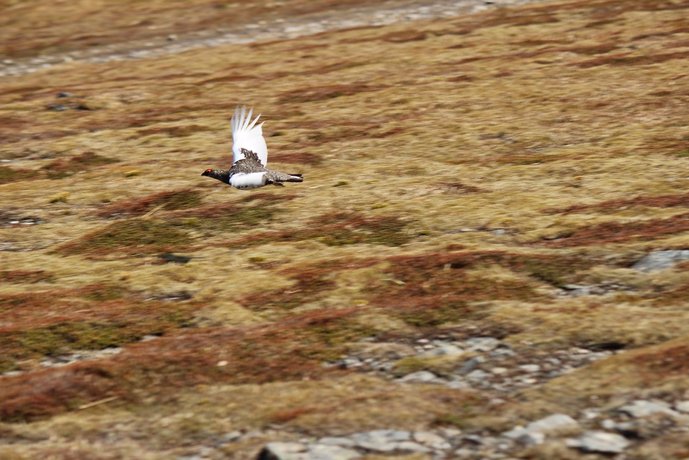 Thought I spotted a ptarmigan up on the Cobbler last week, now I know I did for sure after seeing this one! The wind at this point was really strong and I did get knocked about a bit, but we struggled on upwards and eventually reached the summit of Driesh and dived into the circle of rocks surrounding it where it was nice and sheltered! The dogs lay down for a rest while I had something to eat. I was amused that Fly positioned herself so that she was facing the entryway, obviously she didn't consider that someone could just come right over the wall if they wanted! 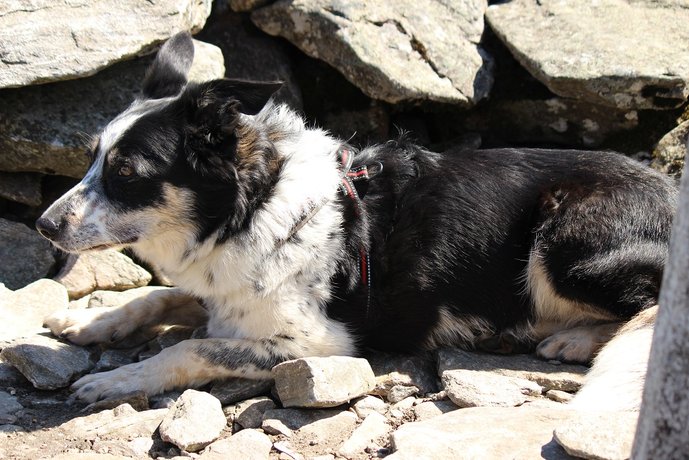 Lunch over, the dogs got their photo taken in the shelter next to the summit marker. 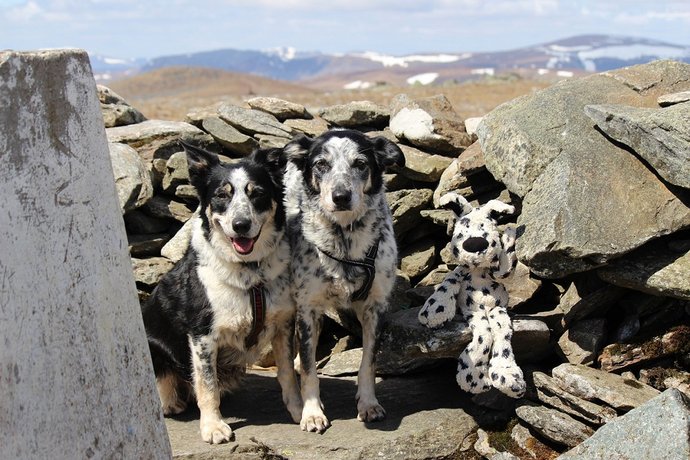 Millie, Fly and Dottie at the summit of Driesh

Millie decided to be a poser and pose on the wall afterwards too! 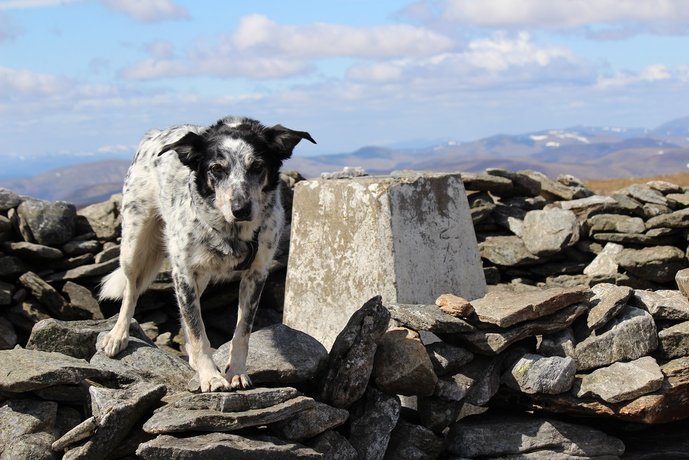 Millie at the summit

It was then time to head back down, the wind had died down a bit so I took the opportunity to get a few photos before it picked up again! 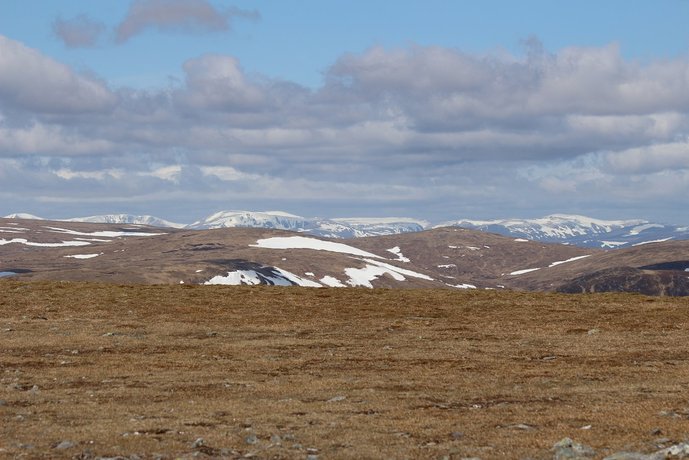 Lots of snow over there... 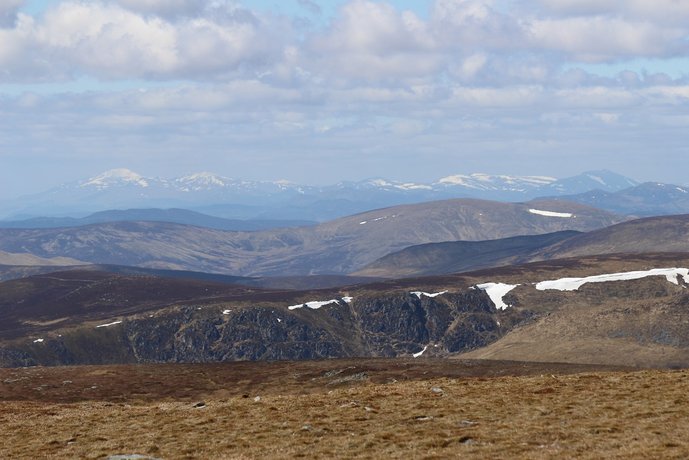 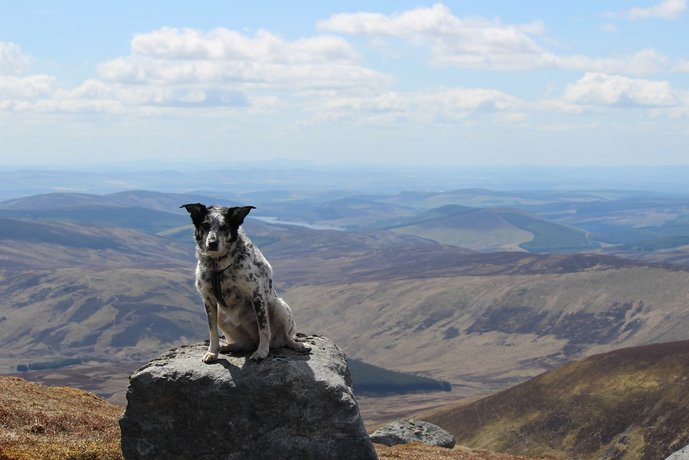 Looking out towards the sea

We were soon at the Kilbo path and heading back down the glen. Very enjoyable walk and I'm glad I bagged these two! Now up to five, not much compared to I guess most of the other people here but hey, I'm not competitive! I just like a nice walk and this one had the added bonus that it was easy enough that I could bring both dogs! Next ones Fly will probably have to be left at home for unfortunately.

Re: Two close to home (Mayar and Driesh)

Nice to see good shots of the wildlife and info, too. Don't worry. Five is great. Most people on here had five at one point!

Re: Two close to home (Mayar and Driesh)

Though i wish I could get as close to the hare as the dog did! That's twice now this year she's had a hare run over to her!

Will have to see how many more munro's I add to my little list, I only go for easy (by munro standards anyway) routes with a path and that rules a lot of them out haha