Although there was to be less rain today, or at least, less time when it was falling, the winds were blowing stronger and this rendered the Cuillin out of bounds for another day. As I had no intention of becoming a human kite I was more than happy to take Paddy’s word – in short, it would be dangerous.

So after a hearty breakfast north we went to see the biggest landslip in the UK and one that is still active, apparently. 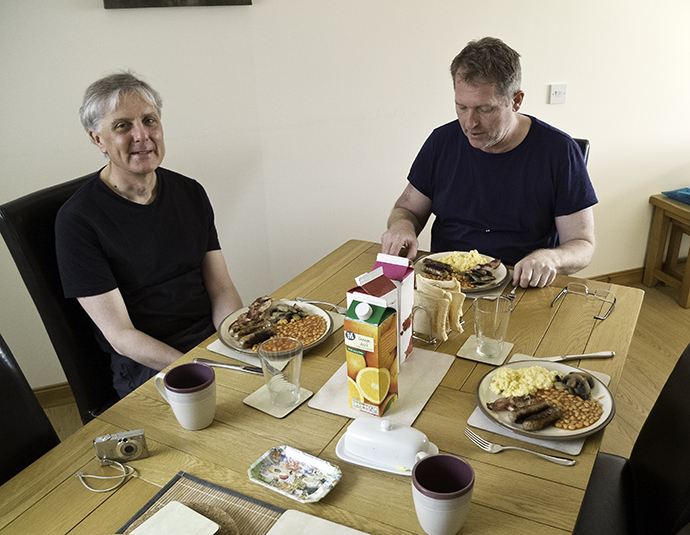 At first we stopped at the car park by the cemetery, but on seeing what looked like hordes of people streaming across the hillside higher up we thought they must be starting at the top. At this moment an eagle appeared over the crag – our first [golden] eagle of the week. 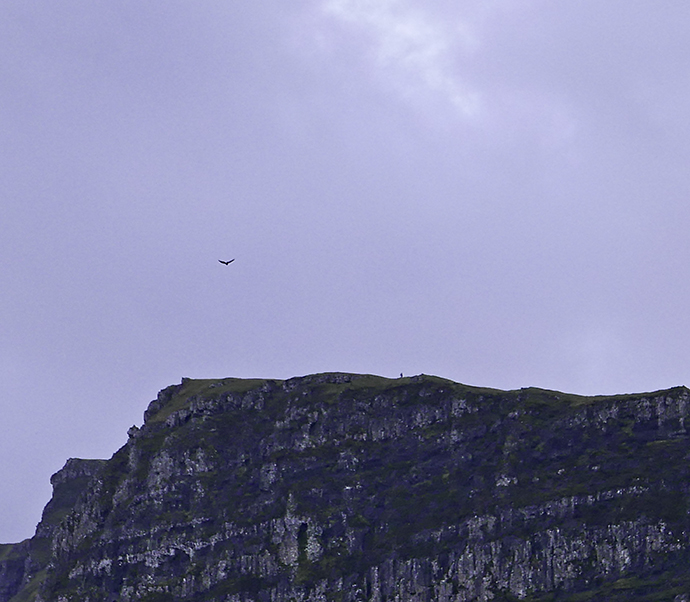 The scene at the top car park was reminiscent of the Lake District; just where had all these people come from? From all over Europe was the answer to that – and Japan of course. Bracing ourselves against the wind we managed a few pics before setting out on the well-worn path. Great features along the way; you could clearly see layers of basalt sitting precariously on layers of what was volcanic ash; or so I think. No wonder this stuff had slid downhill. The wind was howling and the water falls were ceasing to fall and being blown skywards. As we reached the point between the pinnacles and ‘The Prison’ the wind was being funnelled through the small gap making it difficult [for Dave and I] to stand still [Neill had no problem with this as he is more firmly rooted]. 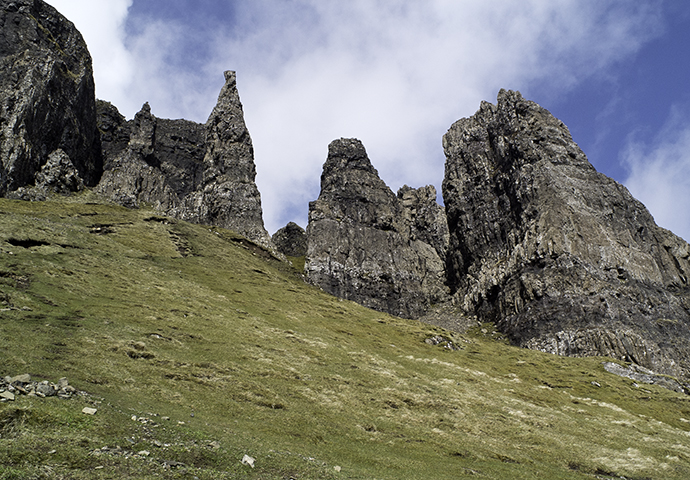 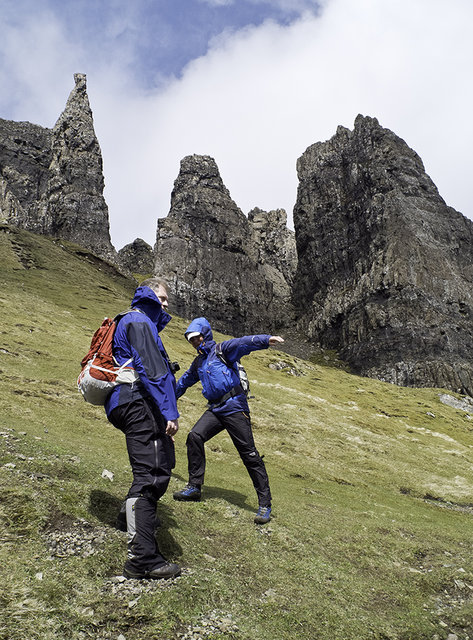 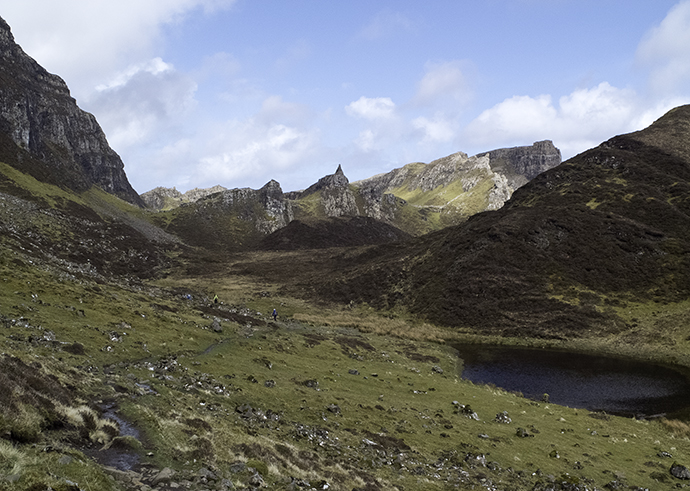 We walked further until we were out of the wind and had some lunch; after which we turned around and headed back the way we came.

Great photo's we were there a couple of weeks ago