On my many previous visits to this hill I hadn't failed to notice what looked like a possible alternative route to the top and/or a means to create a circular route so this time round I thought I'd investigate. Bing maps OS and aerial views plus evidence of a path running south from the summit also gave me encouragement that this wouldn't just be a waste of effort.

http://binged.it/1K6n3Rm
gaps in the forestry looping round the southern spur

http://binged.it/1K6nevW
with a bit of imagination, there seems to be a way through there

Might sound a bit laughable for such a wee hill but there was a real sense of adventure as I set off through the forestry gate that branches off south from the most obvious route up that starts from the Bogniebrae direction to the east.

To my surprise the going was very good for the most part though a little overgrown here and there with gorse. The path was in very good condition otherwise and reminded me of a terrace walk in Switzerland with the way it contoured round the southern flank of the hill. The view south includes Bennachie, Tap o' Noth and The Buck.

All that pleasant contouring came to a fairly abrupt end at the southernmost point of the way. Here the forestry/deer fence also abruptly changed direction, climbing straight up the fairly steep hillside and the path I was on petered out into a narrow furrow following the fence through a mix of fallen trees and gorse.

Careful bobbing and weaving saw me through the jungle and onto gentler whin filled slopes leading towards the top. So quite a jaggy section to the south, as there is to the north. Not far from the top I passed an old, worn sign marked To Viewpoint with an arrow pointing north to the trig point. So it seems this must have been a recognised route to the top at some time. Now, though, a redundant signpost on a seemingly redundant route.

Why did it become redundant? Probably that steeper part asking too many awkward questions or the jagginess of the whins to the south of the top. Whatever the real reasons, there is a route of sorts there waiting to be brought back to life. And to my mind, at least, the best route there now is a combination of new and old to make a circuit. 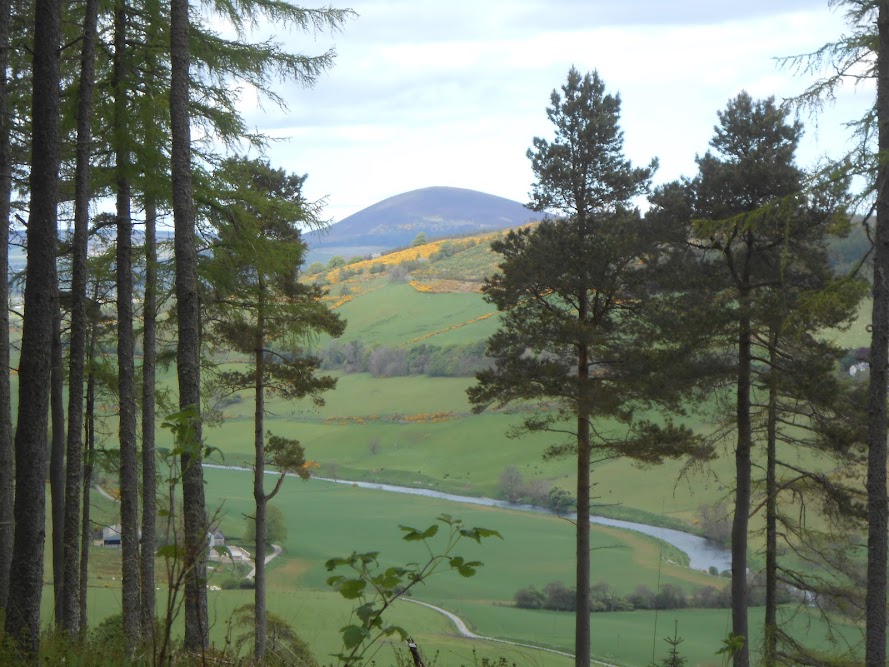 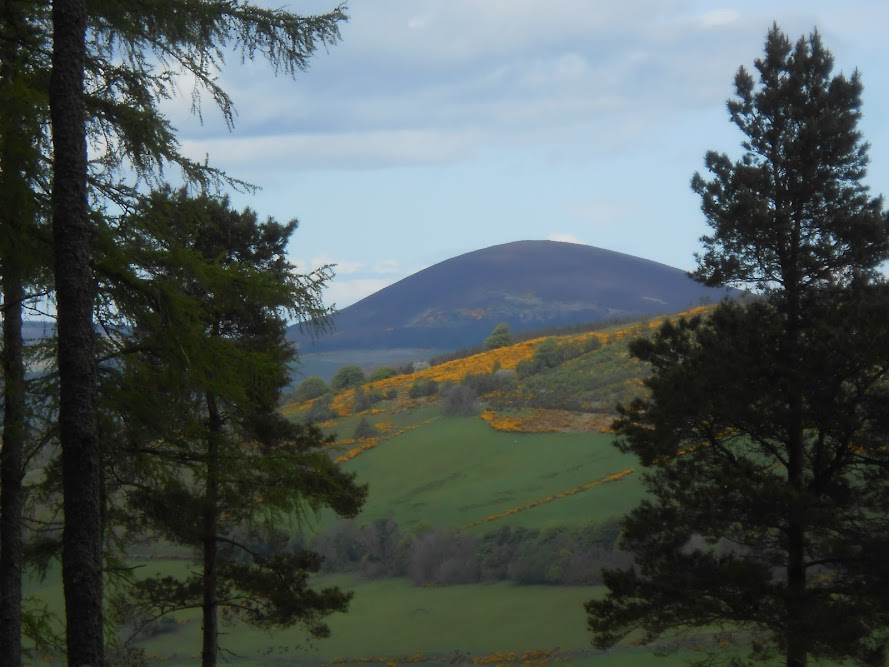 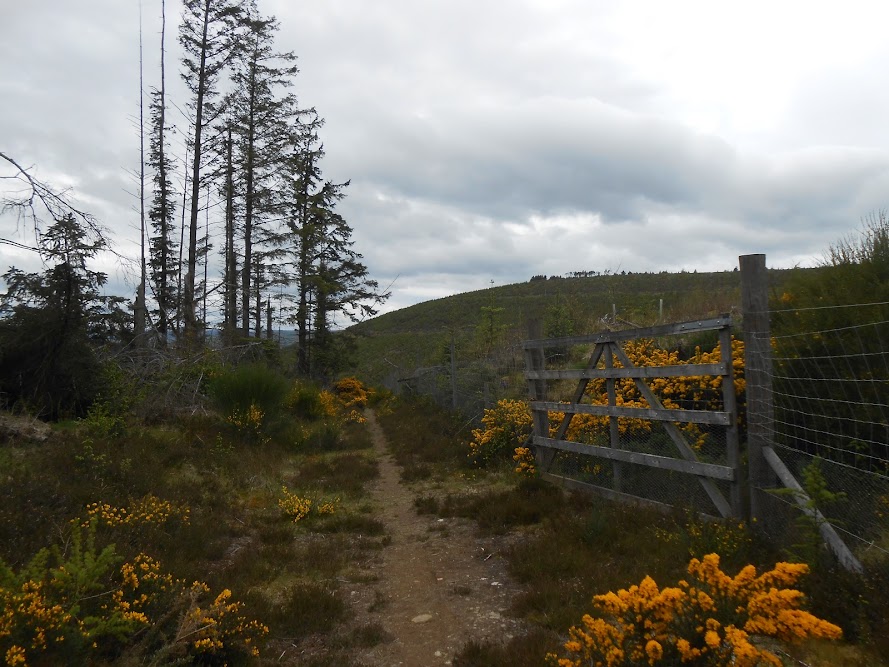 trepidation and excitement on approaching the gate to the unknown 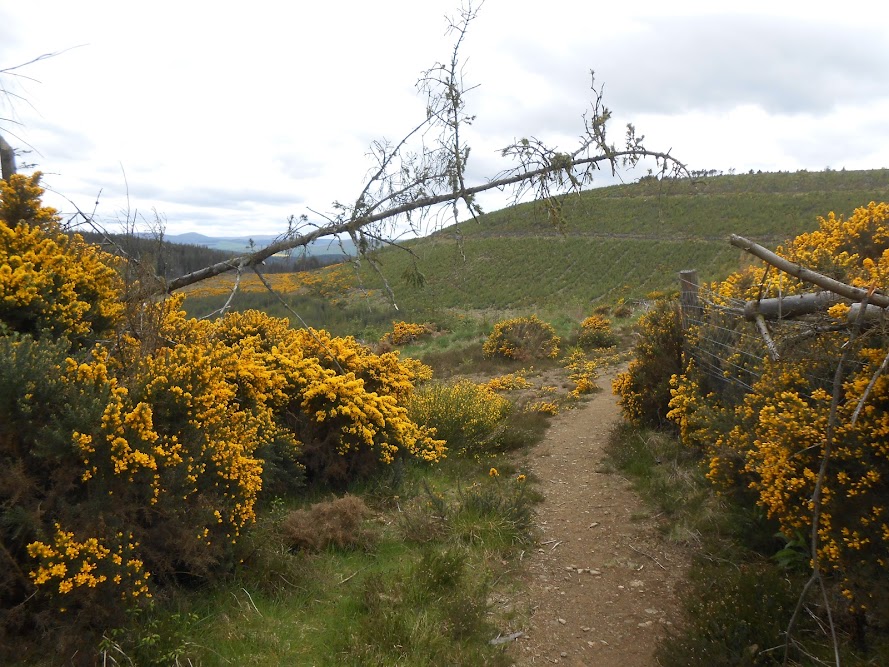 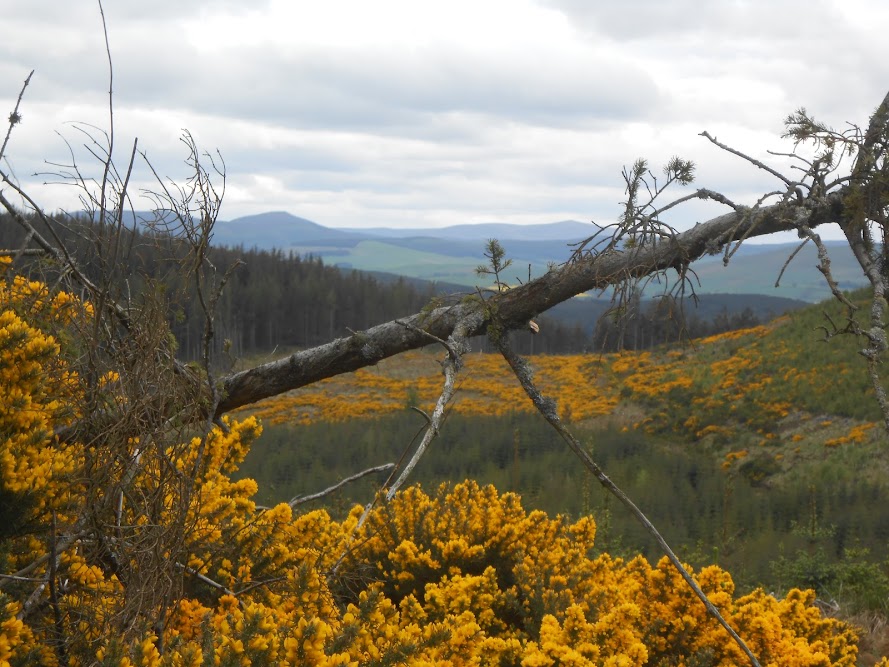 view south to Tap o' Noth and The Buck 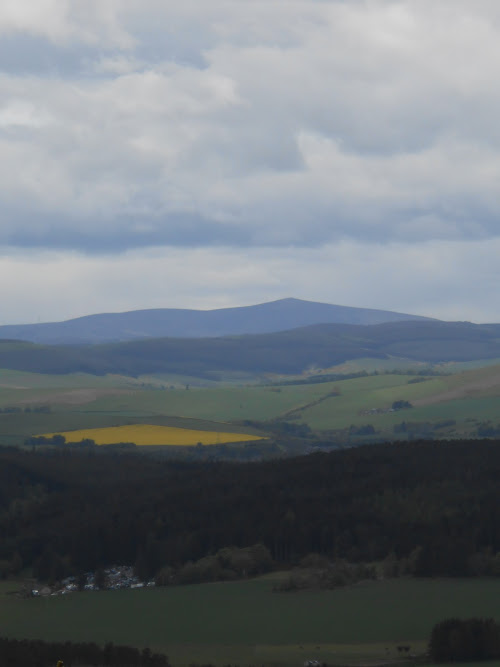 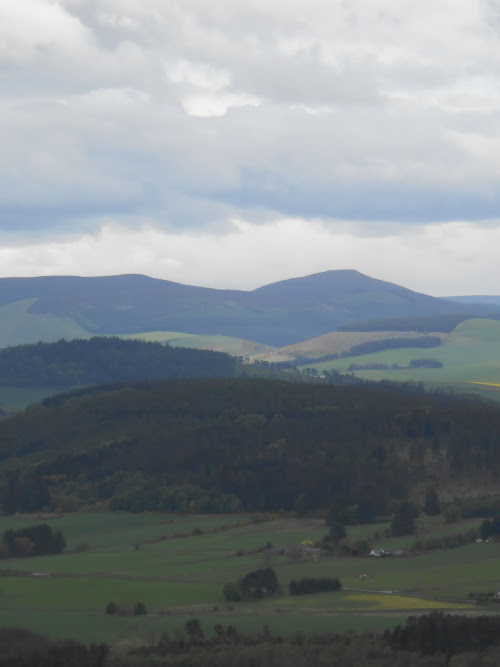 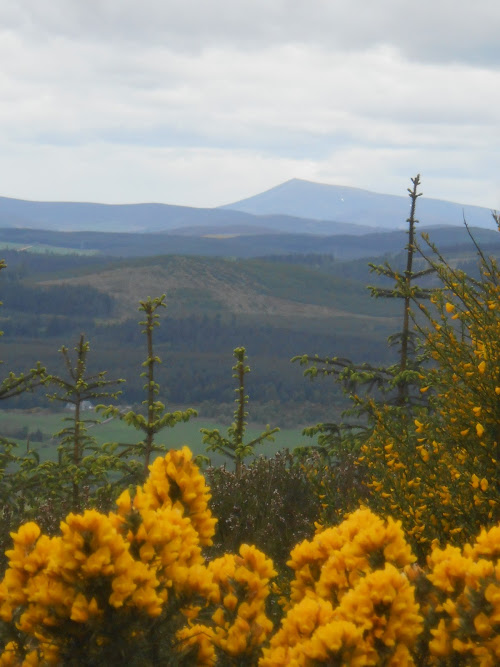 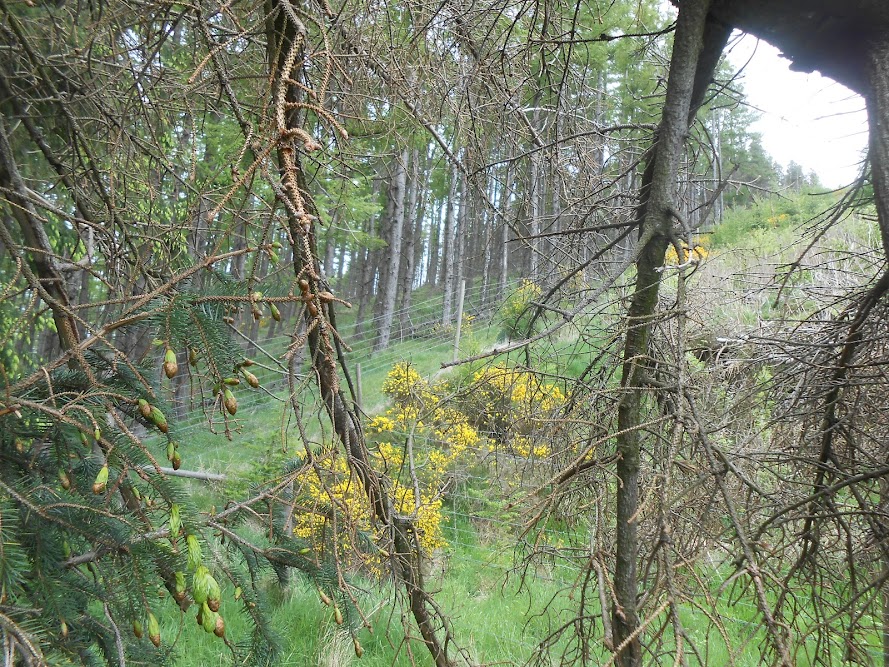 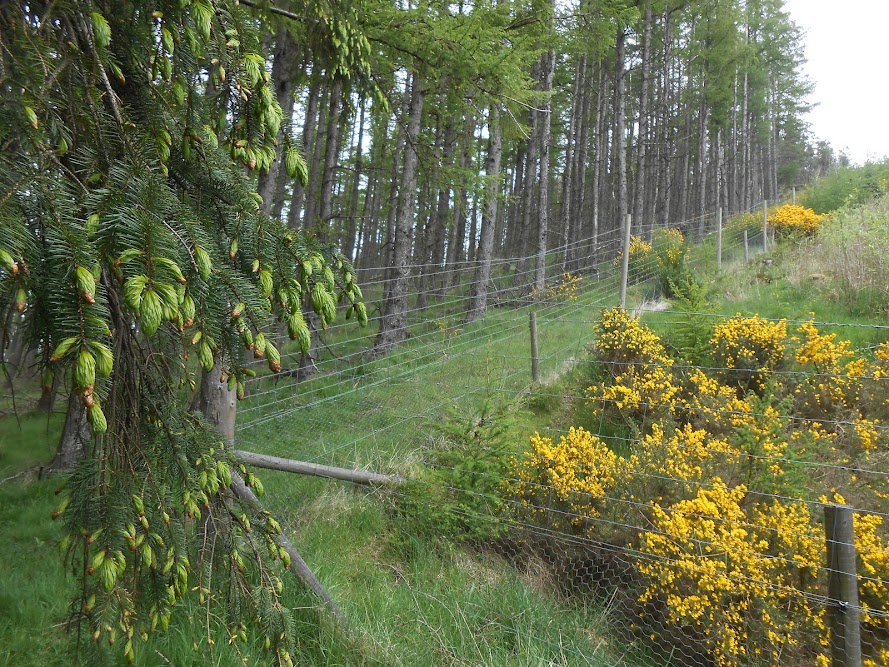 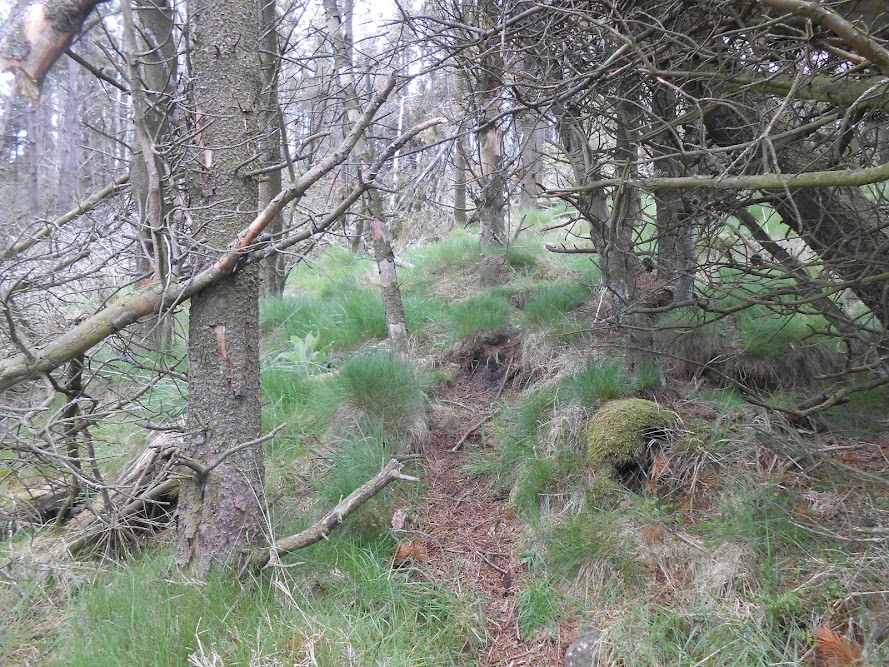 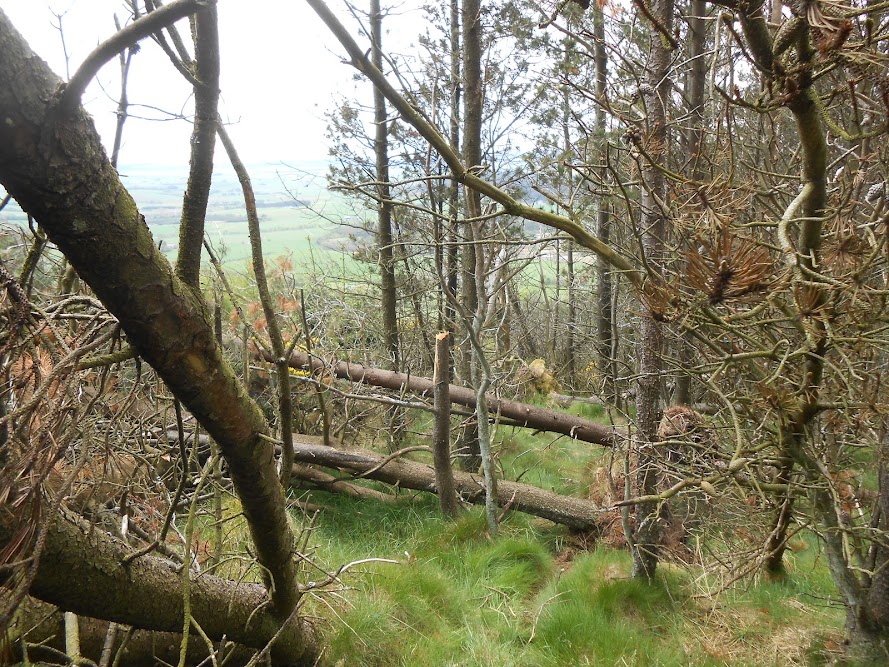 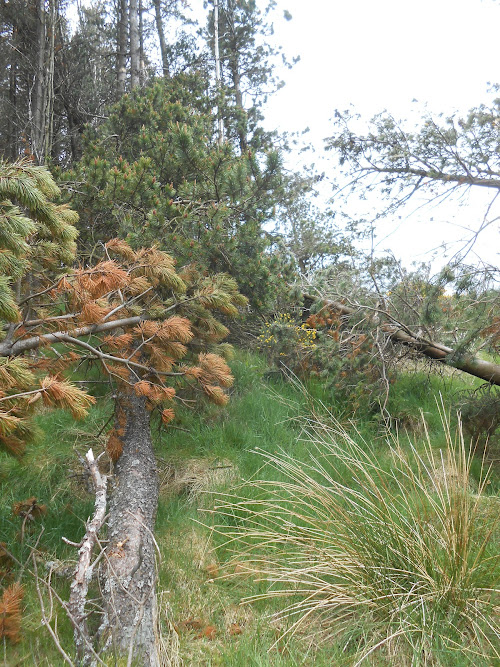 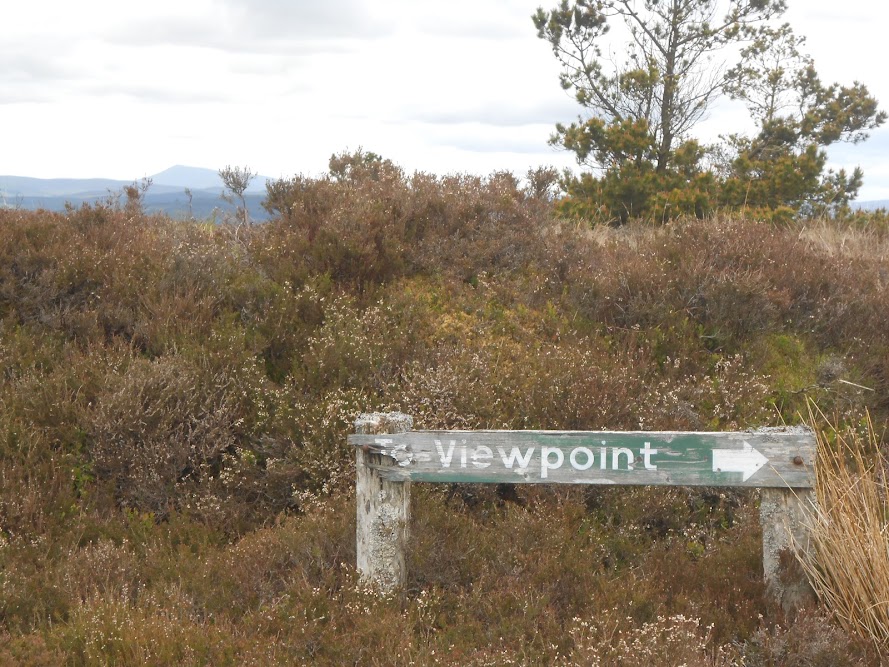 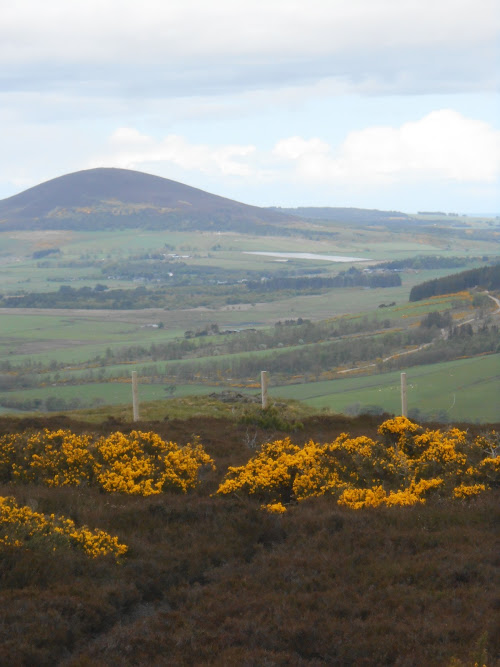 Knock Hill again, from the top 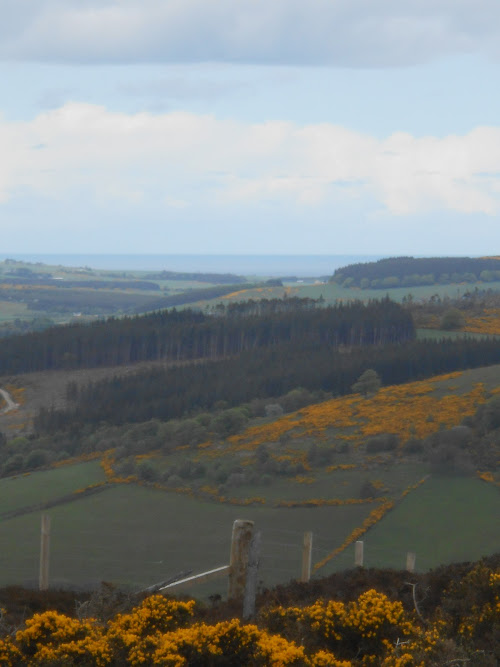 north to the sea 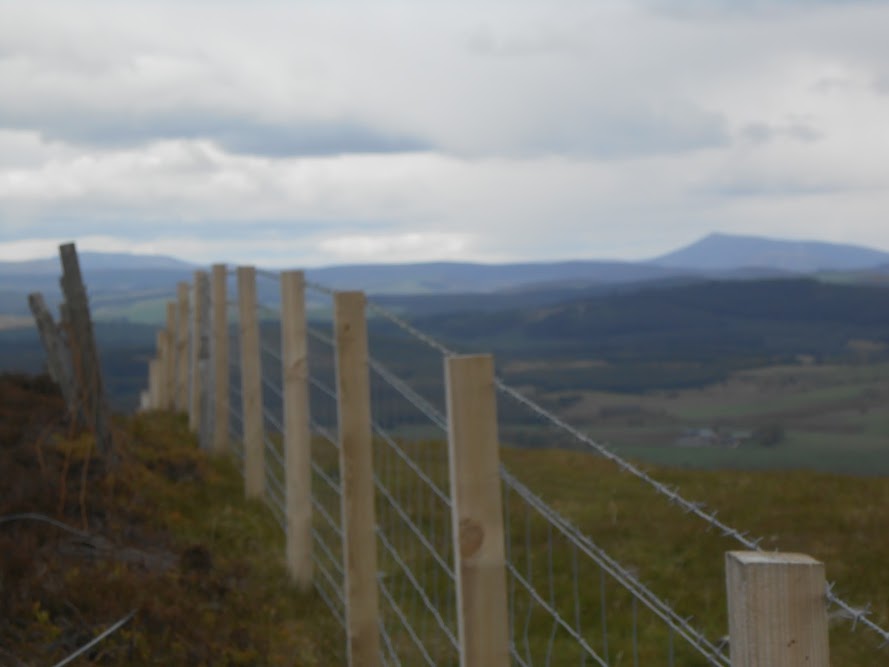 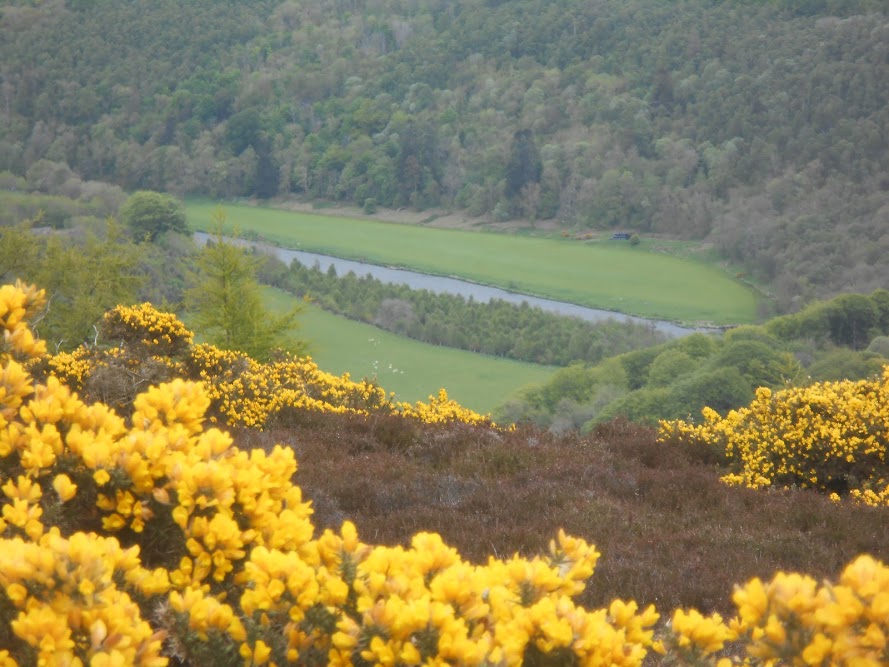 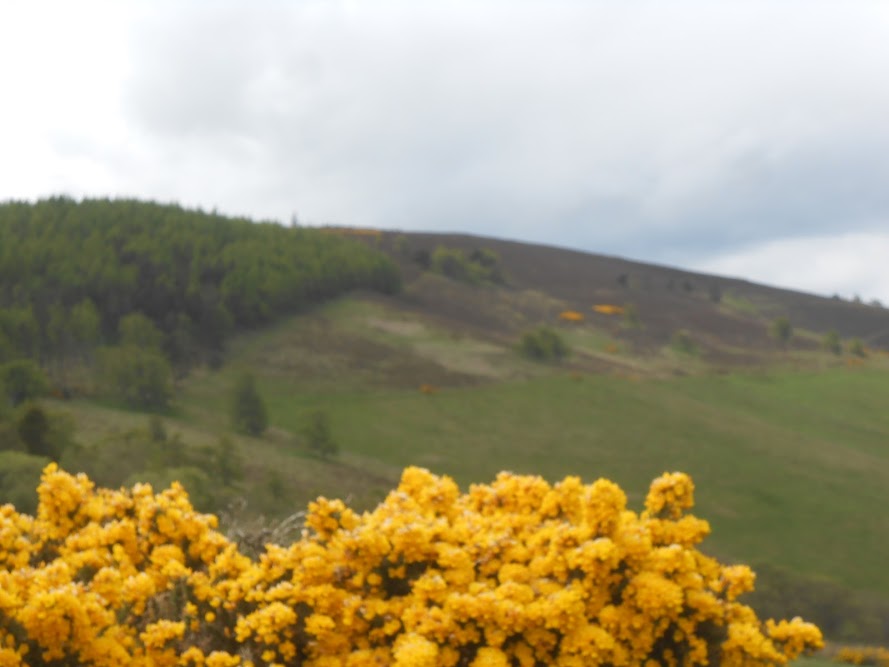 looking back at the top, camera more interested in the gorse obviously

Re: redundant route to Fourman Hill

My daughter and I walked this hill today. We went up the obvious route and did look for another route down but every thing was very over grown and I've had a dodgy ankle so we went down the same way. We turned right through the gate you mentioned and followed the path to the end of the deer fence, Daisy would have gone further but by then my ankle was aching so we turned back but it's good to know for next time . I thought it was a very pretty little hill and not too exerting on a hot day.